Here are some tips and tricks to become a better Spinch player.

Tips
Comments
Jumping as a Spinch

There are two core ways to approach long distance jumping in Spinch. Both methods involve combining the jump button with the dash button, but differ in the timing of when you press the dash button. 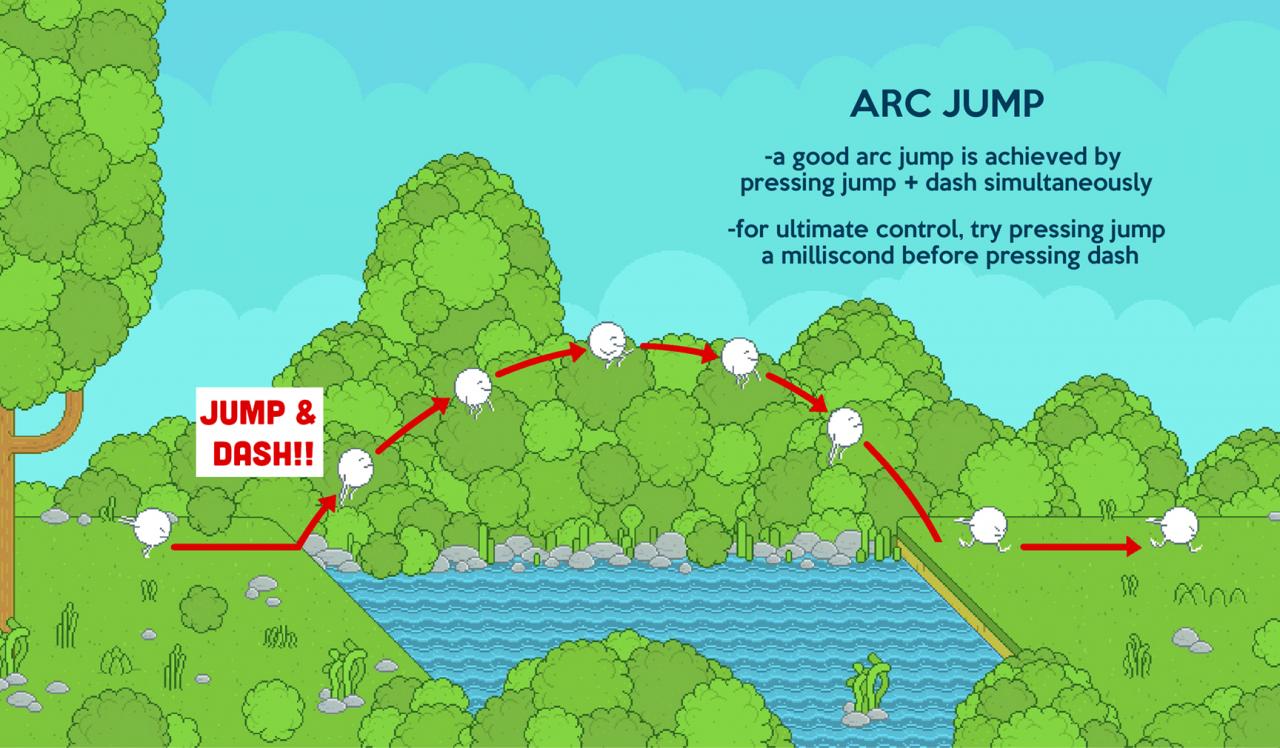 The first method we will call “arc jumping”, in which spinch rises and falls with a forward momentum, in the shape of an arc. 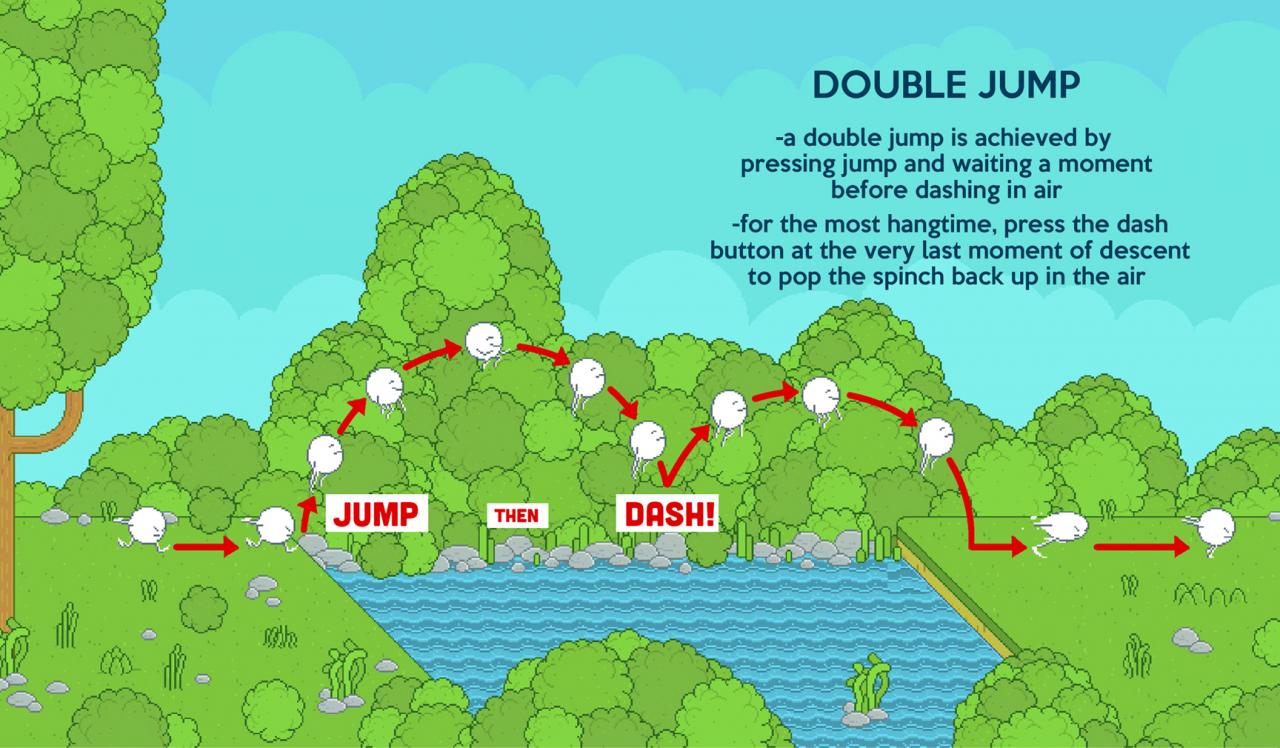 Another alternative to making long jumps is to begin by pressing the jump button first, and pressing the dash button a moment later, mid-jump, giving spinch an extra arc.

Spinches often find themselves in the position of prey animal, running and climbing with all their speed to avoid becoming some psychedelic creature’s snack. In these intense chases, a millisecond can be the difference between life and death.

A helpful habit when jumping off walls is to utilize shallow jumps, propelling the spinch upward to the next platform, as opposed to climbing needlessly high and jumping down. 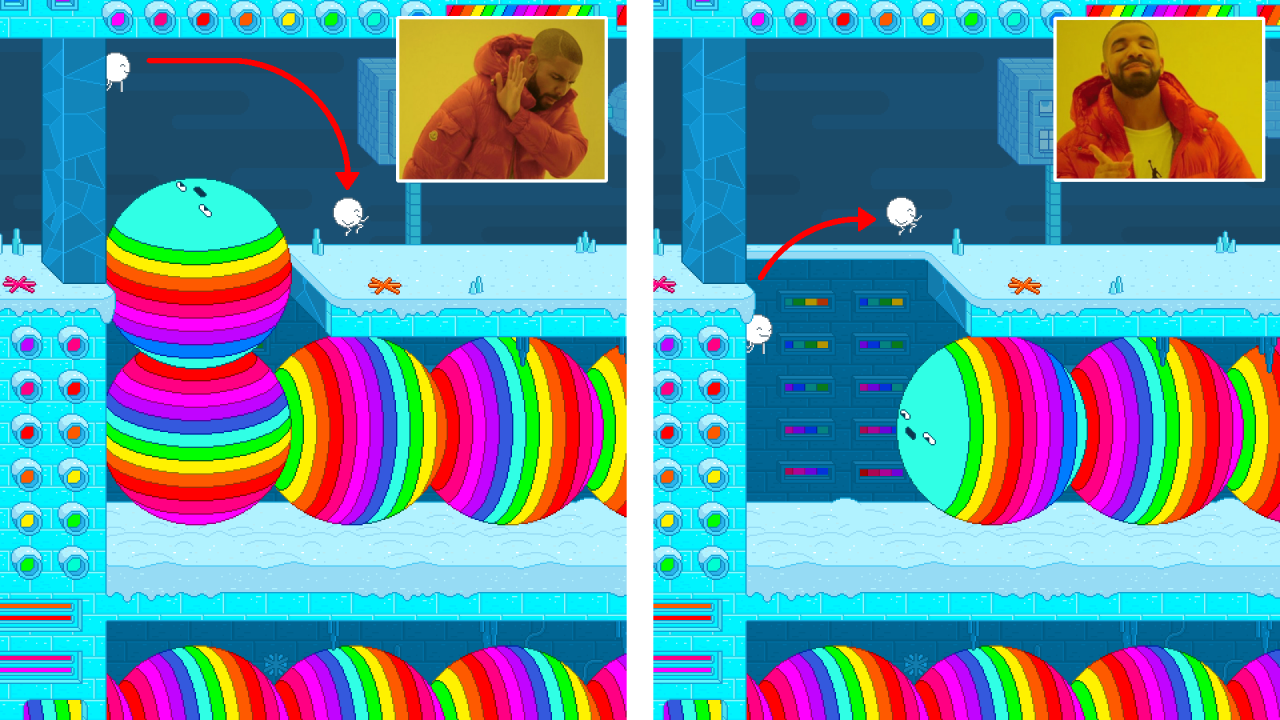 Timing is of the utmost importance when Moondog is hovering overhead, with a bottomless belly full of psychedelic explosives.

A simple tip, but something often overlooked, is the positioning of Spinch while waiting in the safety zones. By waiting at the doorway, you can shave off precious milliseconds, and be ready to hit the ground running when the coast is clear. 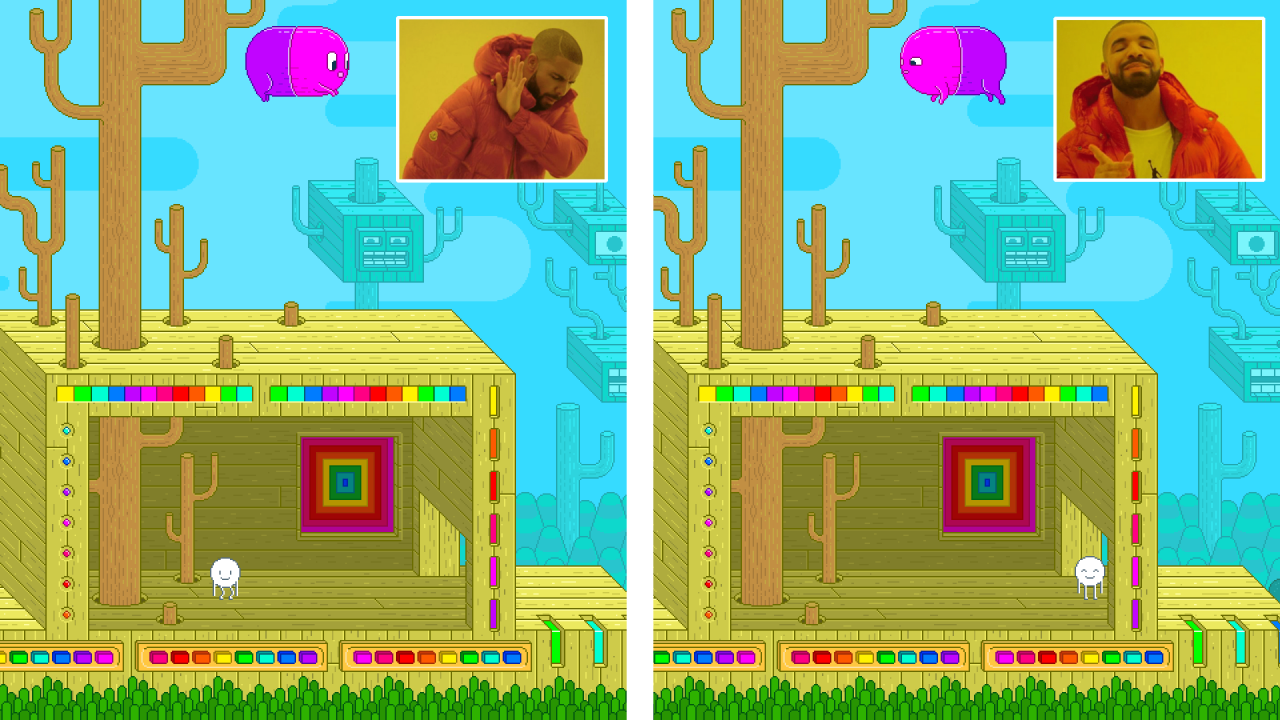 We’ve been watching A LOT of streamers using a wide variety of strategies. It has been amazing to see all the different ways people master these levels.

Horheristo blew our minds defeating every boss without taking damage.

Soup was kind enough to share some tips on his mastery.

“So the momentum is super crazy feeling and I mean that in a good way, so many ways to influence where you jump and land.

The jump+dash is good but what I realized is pressing jump then dash very fast is the best way to jump between platforms, especially when there are enemies on the platforms since you get a lot of air time to dodge and get ready for the next jump.

If you are going between platforms, it makes you look like you are bouncing.

You can see it in my run on twitter in the last platform part. You can also see it on my 1:35 run on the first platform part. The button combo and the flicking of the control stick to kill forward momentum gives me the effect of bouncing from one platform to the other while giving me enough control and air time to dodge the enemies rotating around the platform.

The jump then dash while moving forward is best for going over gaps/spikes. Since the momentum is a factor, dash then jump then dash is the best way to go over things when it’s just a gap or spikes with no enemies present.

The dash + jump and the jump then dash may be about the same. I feel I have more control when I do the latter but that just may be me, or the fact that I’m technically in the air before dashing.”