Complete walkthrough for this short nice prologue.
Following the guide you will naturally get all three achievements. But beware! Contains spoilers!

This guide should help you to walk through the prologue in the mystic world of spirits. It is not difficult to figure our the steps by yourself and solve a couple of puzzles, but if you get lost, feel free to refer to this guide.

To move faster on screens, hold “space” during movement. 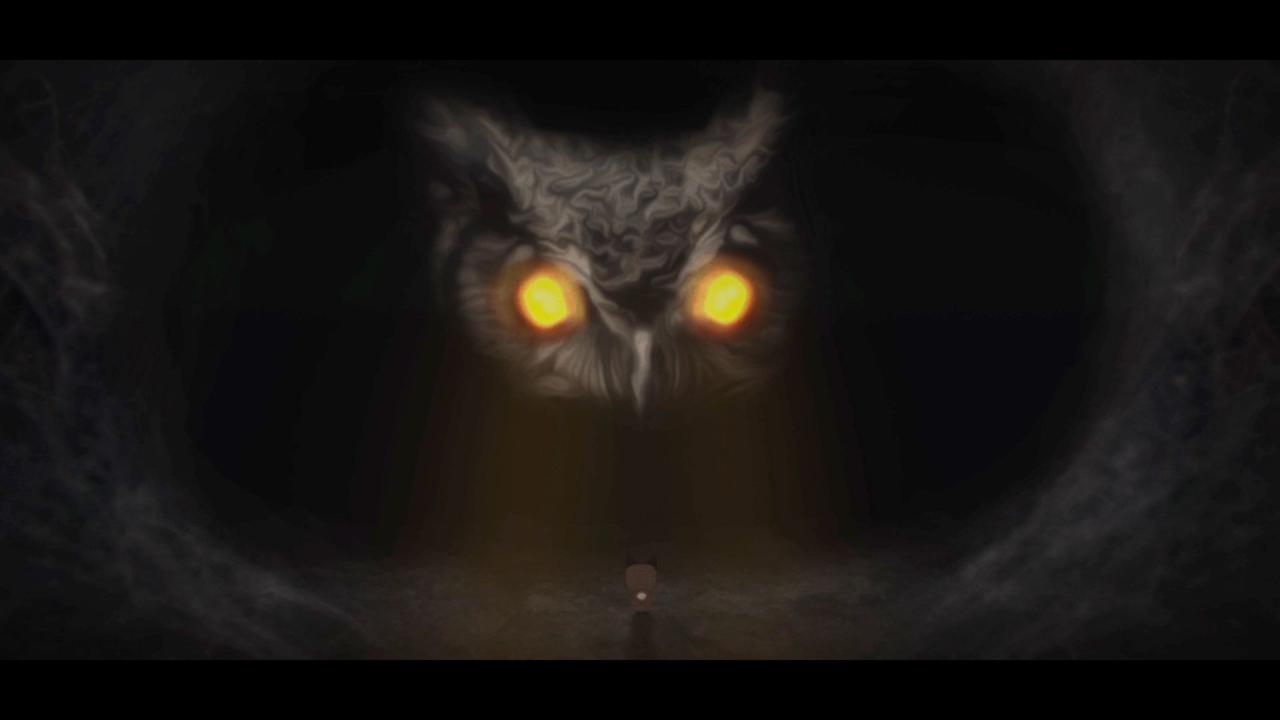 1. When you gain the controls after the intro scene, go right and speak to the NPC in the right part of the screen (it is looking for JACK). 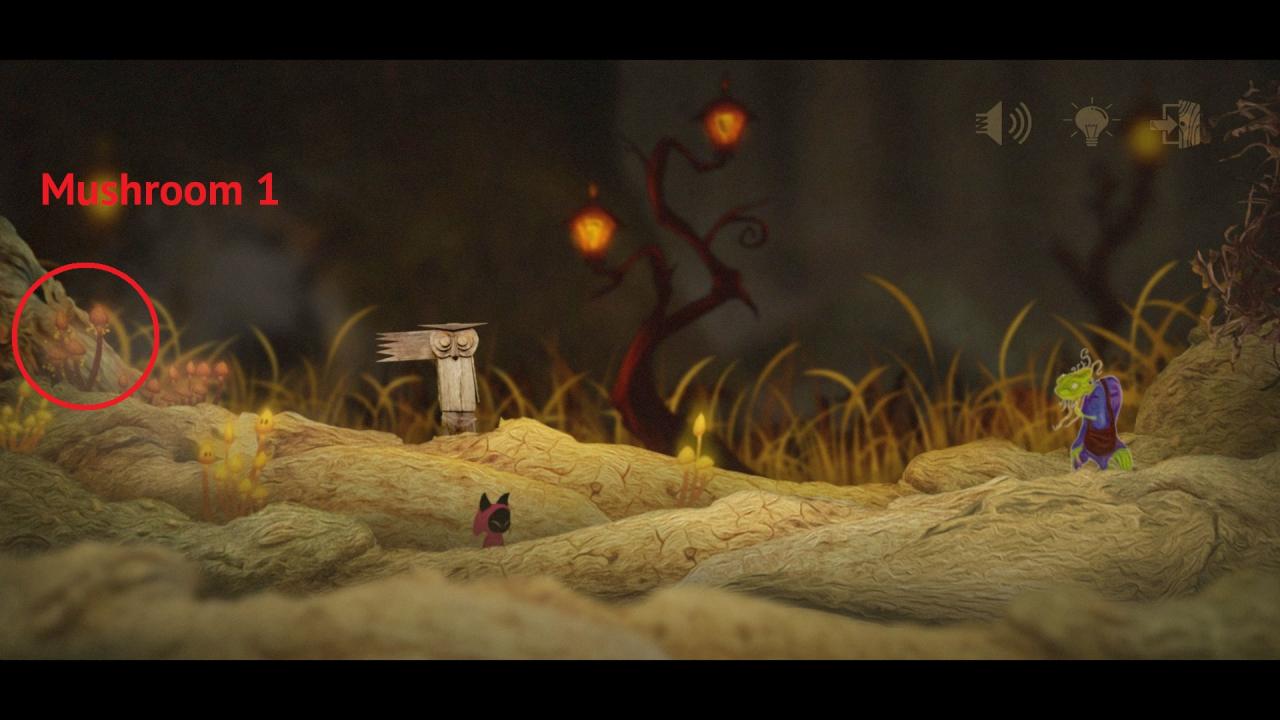 Click on the mushrooms (1/4) in the left part of the screen – you will hear the sound.

2. Go right, pass the cave, on the next screen talk to Fisherman (he needs a Bloody Worm). 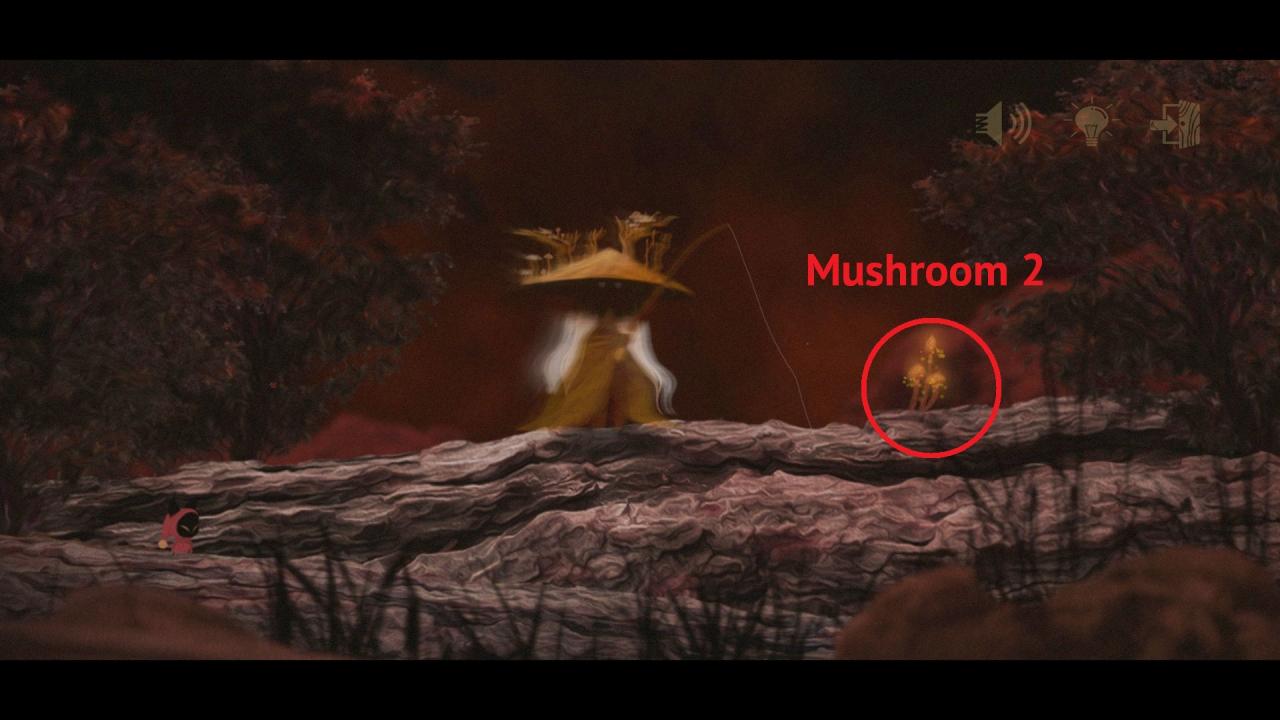 Click on the mushrooms (2/4) in the right part of the screen – you will hear the sound.

3. Go right to the next screen – village. 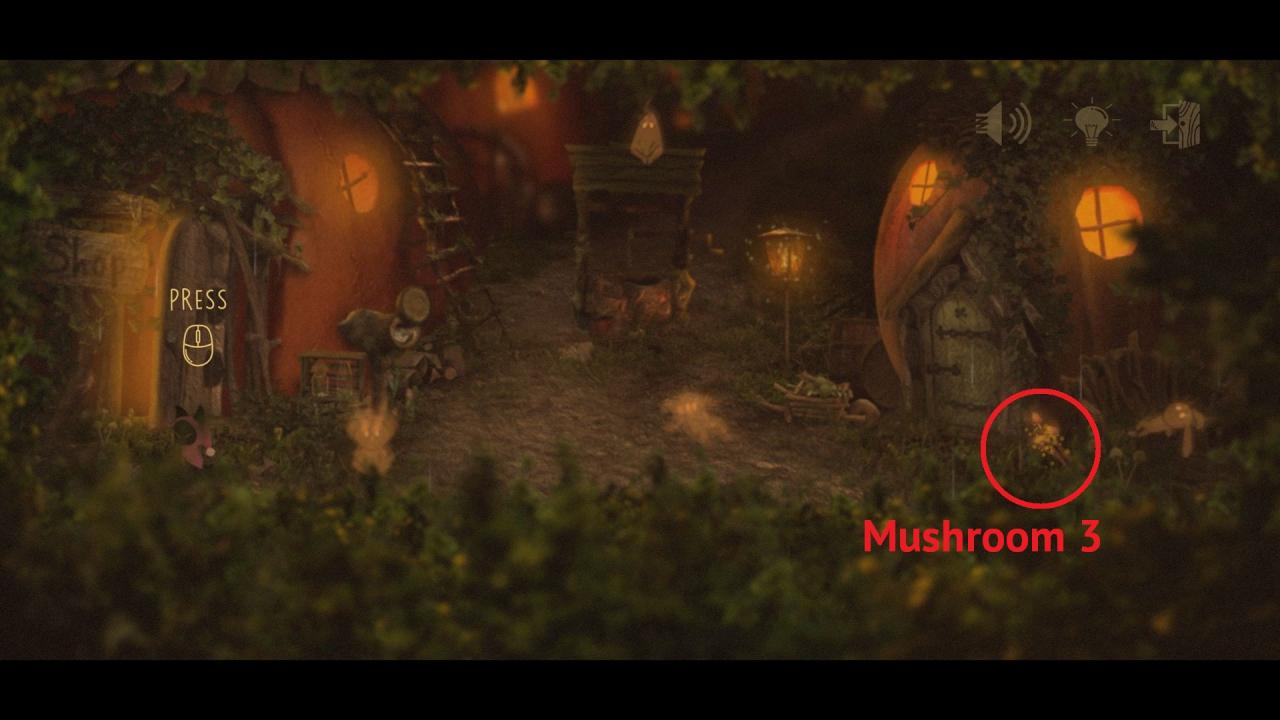 Click on the mushrooms (3/4) in the right part of the screen – you will hear the sound. Then enter the shop.

4. Talk to Shopkeeper (he needs the Cave Water), 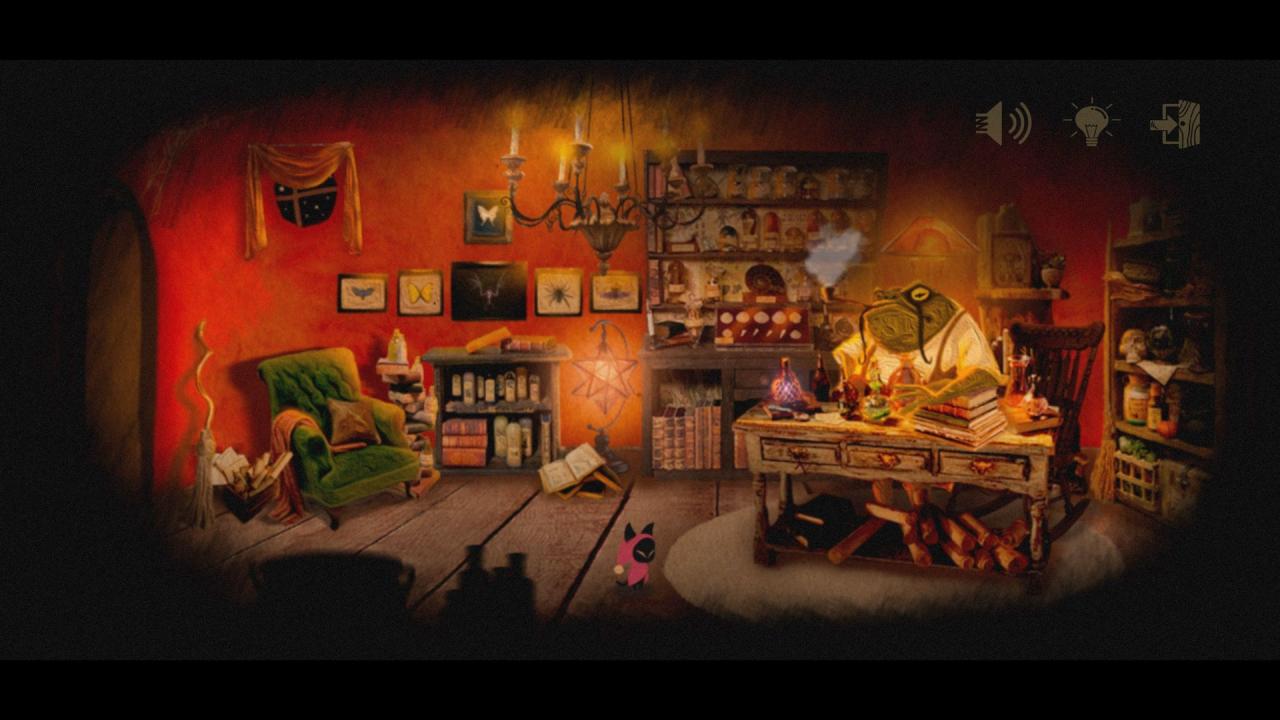 exit shop, optionally talk to other NPCs on the screen (they give you some hints for other puzzles).

5. Go right to the house scene. 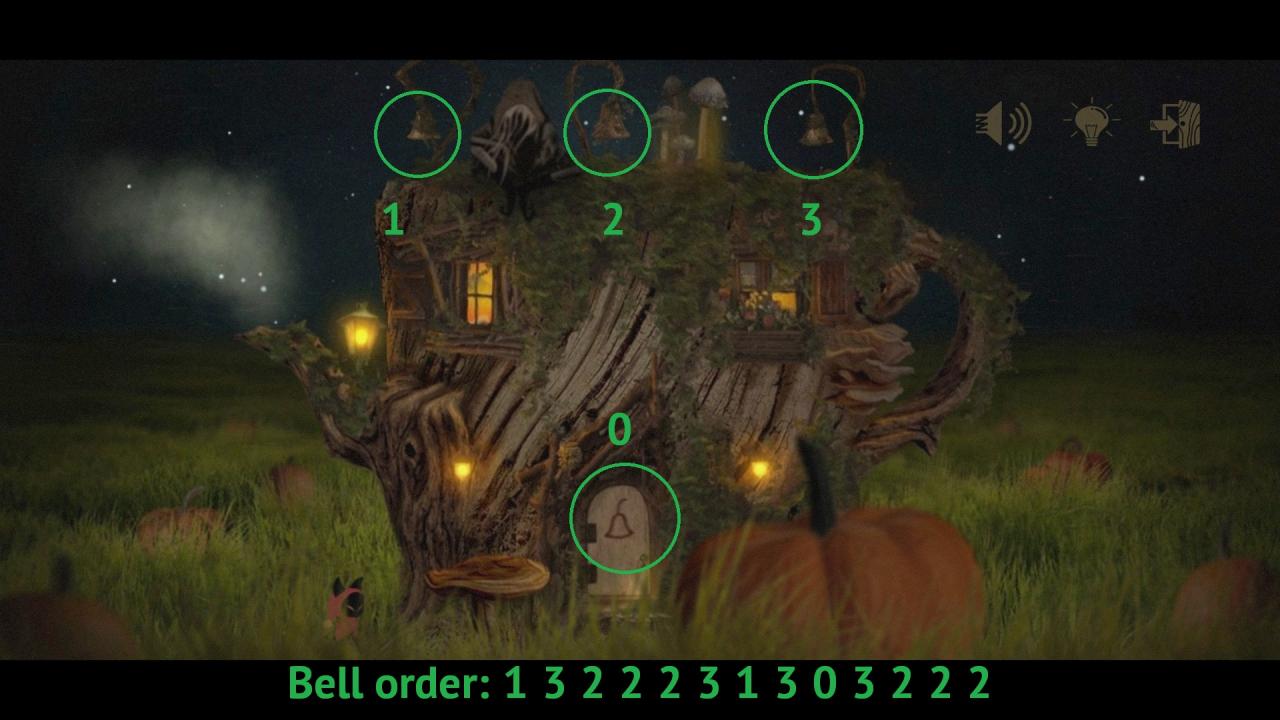 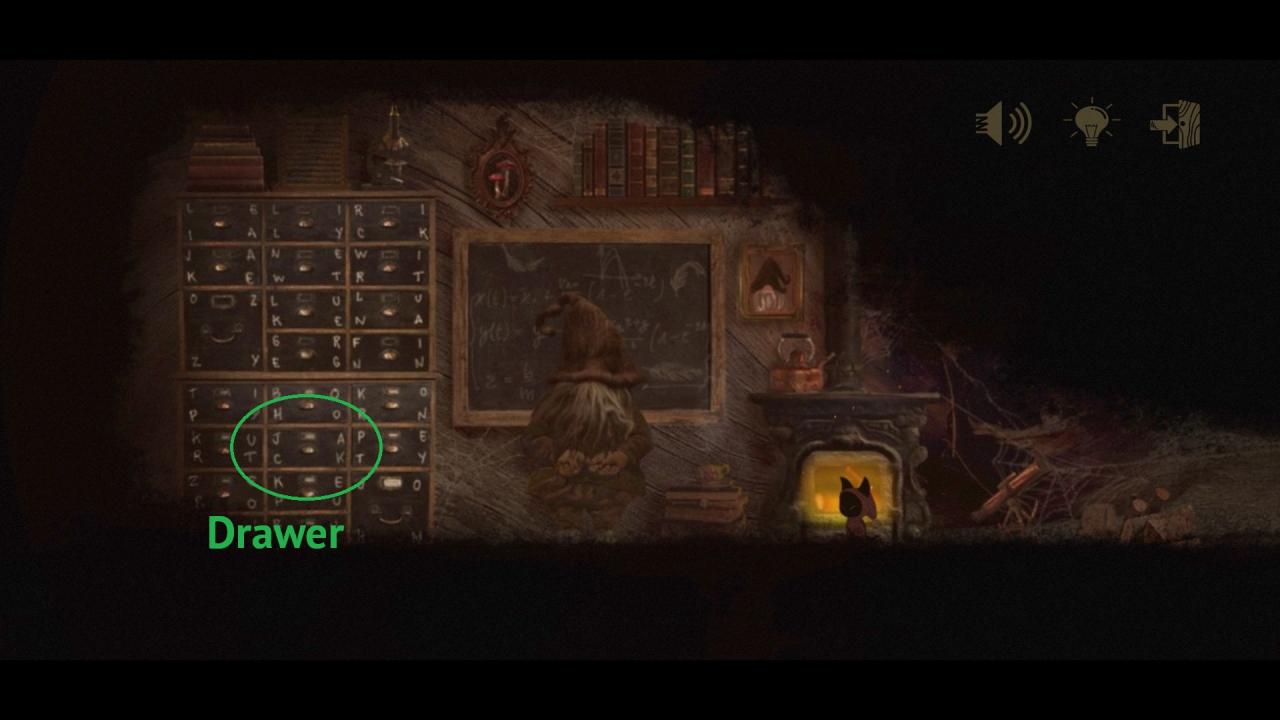 talk to Mathematician (it is looking for Light Cider), open the drawer on the left side (letters J-A-C-K on it) – the code is 397, you will get the Ring.

7. Exit the house and go right to the mushrooms screen. 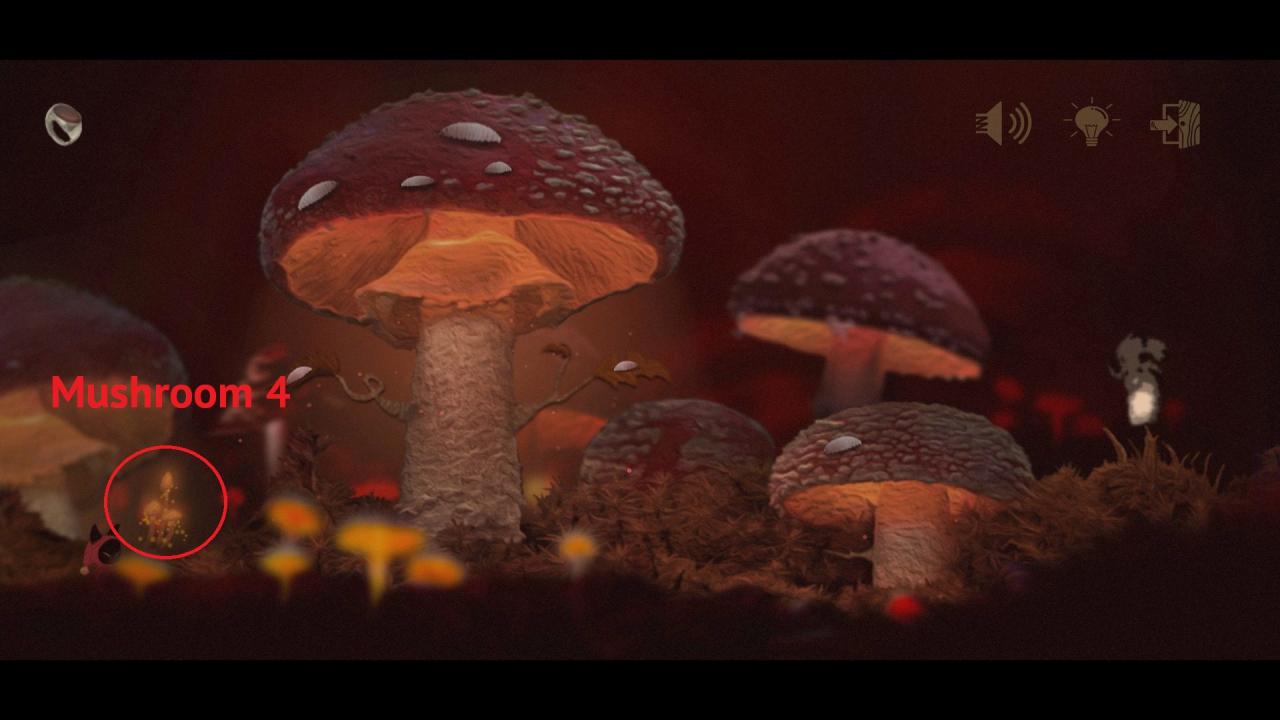 8. Solve the simple sliding puzzle and speak to the Guardian again – it will direct you to goblins. 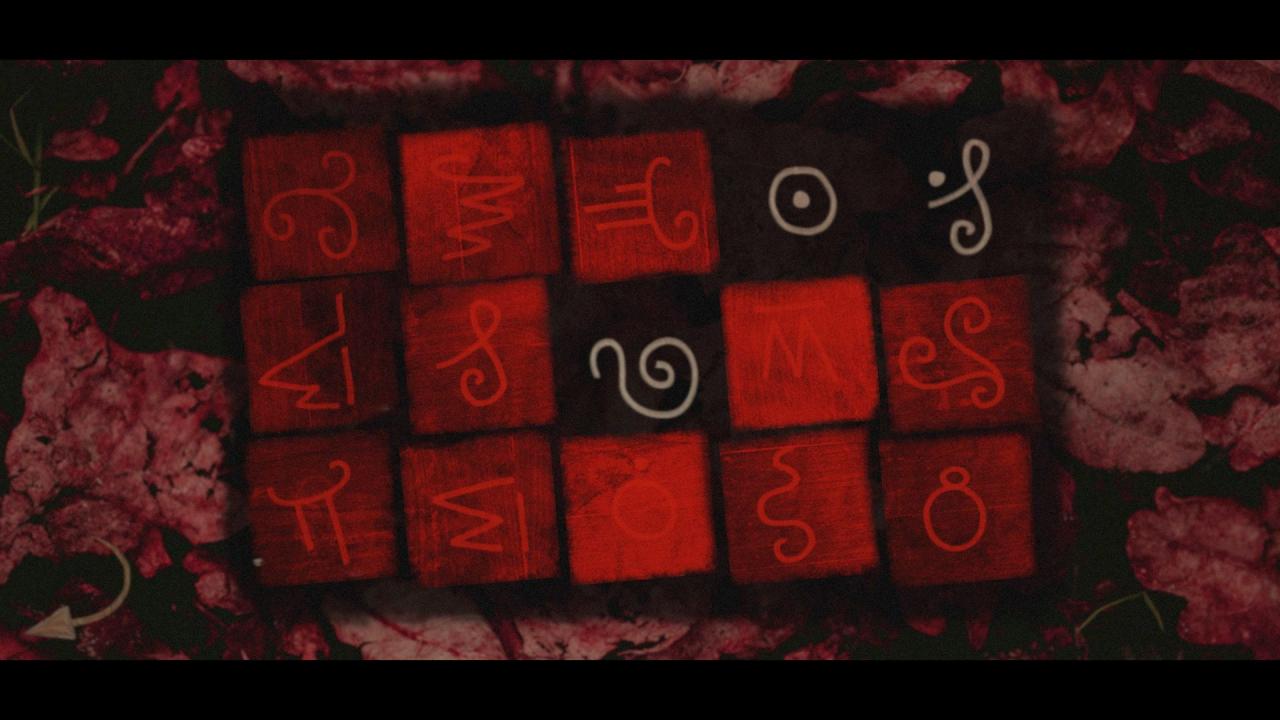 9. Go left and enter the house again. Talk to Mathematician – he will take the Light Cider and give you the Leaf.

10. Go all the way left to the first screen, talk to NPC who was looking for JACK. He will take the Ring and give you the Key. 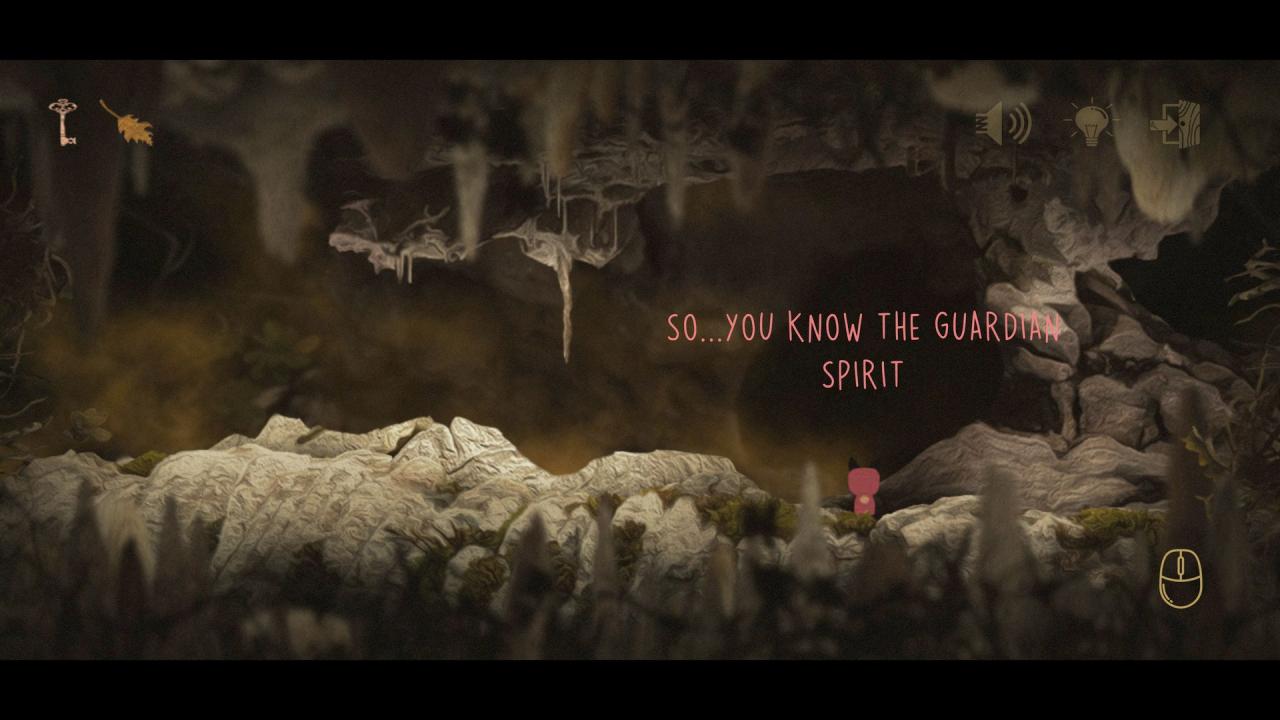 Stand next to the dark cave entrance for a while (there are red eyes spawning) until you can speak to the goblins. They will give a vial of Blood to you, take it.

Combine Blood and Leaf to get a Bloody Leaf and move all the way right to the mushrooms.

12. Attach the Bloody Leaf to the right-most mushroom. exit screen, return and collect the Worm from the leaf. 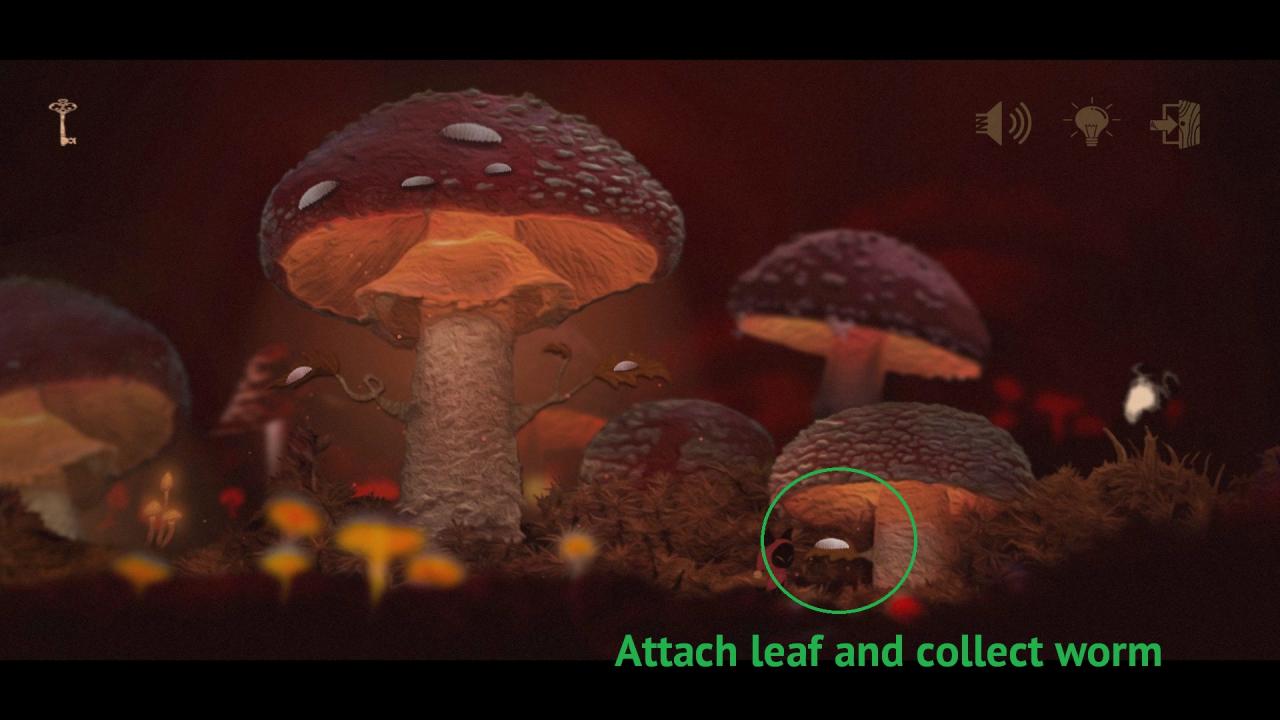 13. Bring the Worm to Fisherman – he will give you a Flask,

14. Go left to the cave and hold the Flask under the drops of water (like shown on the screenshot): 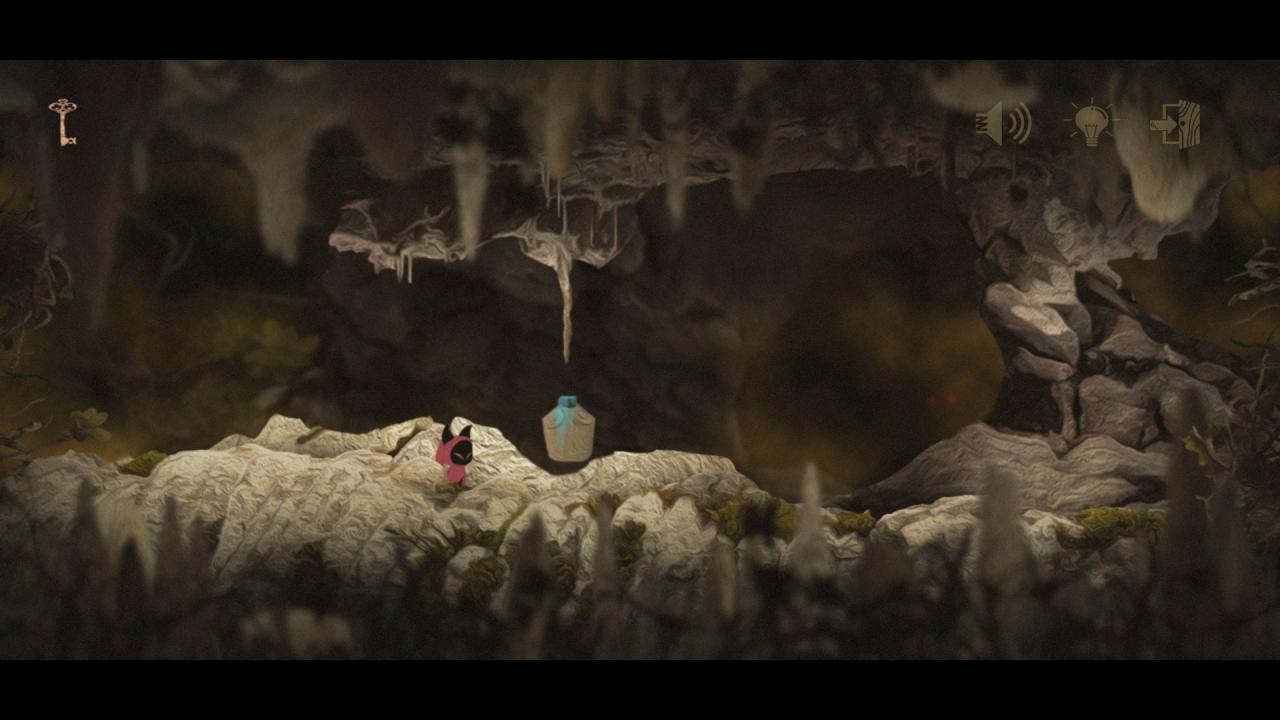 Wait untill it gets filled (icon will change after about ten drops).

15. Go right to the village and bring the Flask with the cave water to the Shopkeeper. He will tell you to look for something hidden near the mushrooms.

16. Go back to the mushroom scene and open the hatch with the Key. 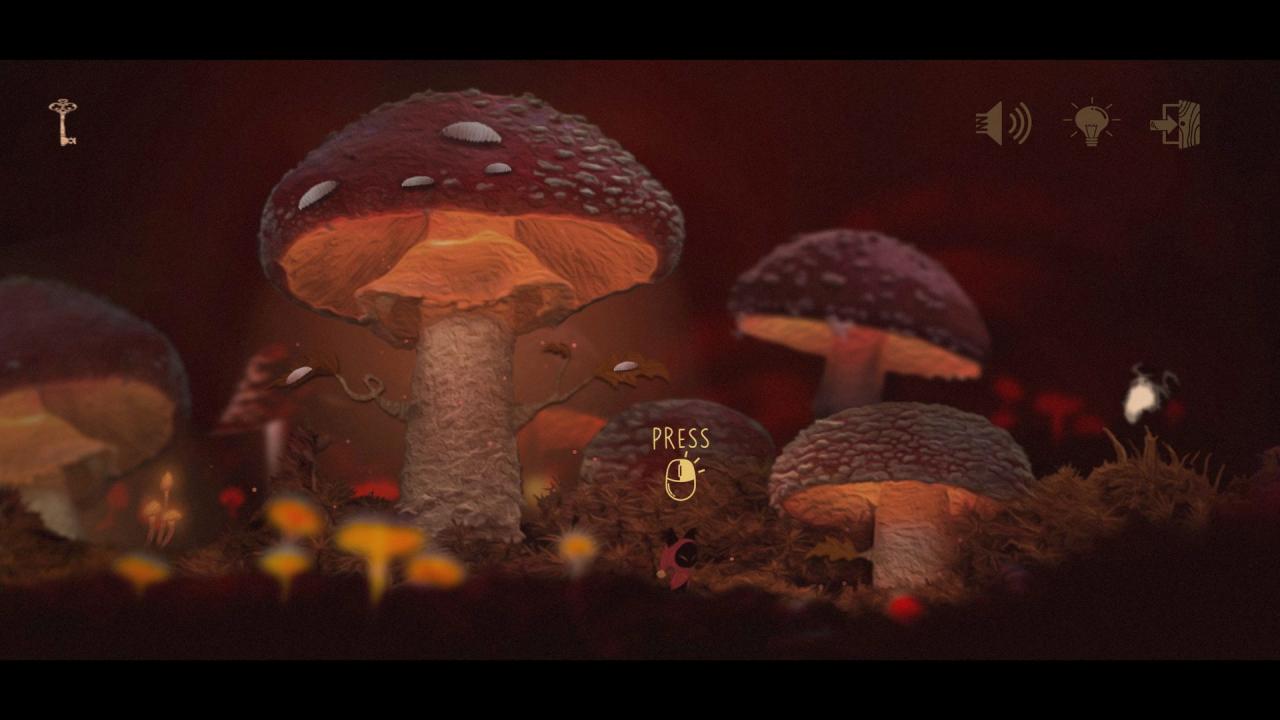 17. Get the Feather and watch the ending cutscene. 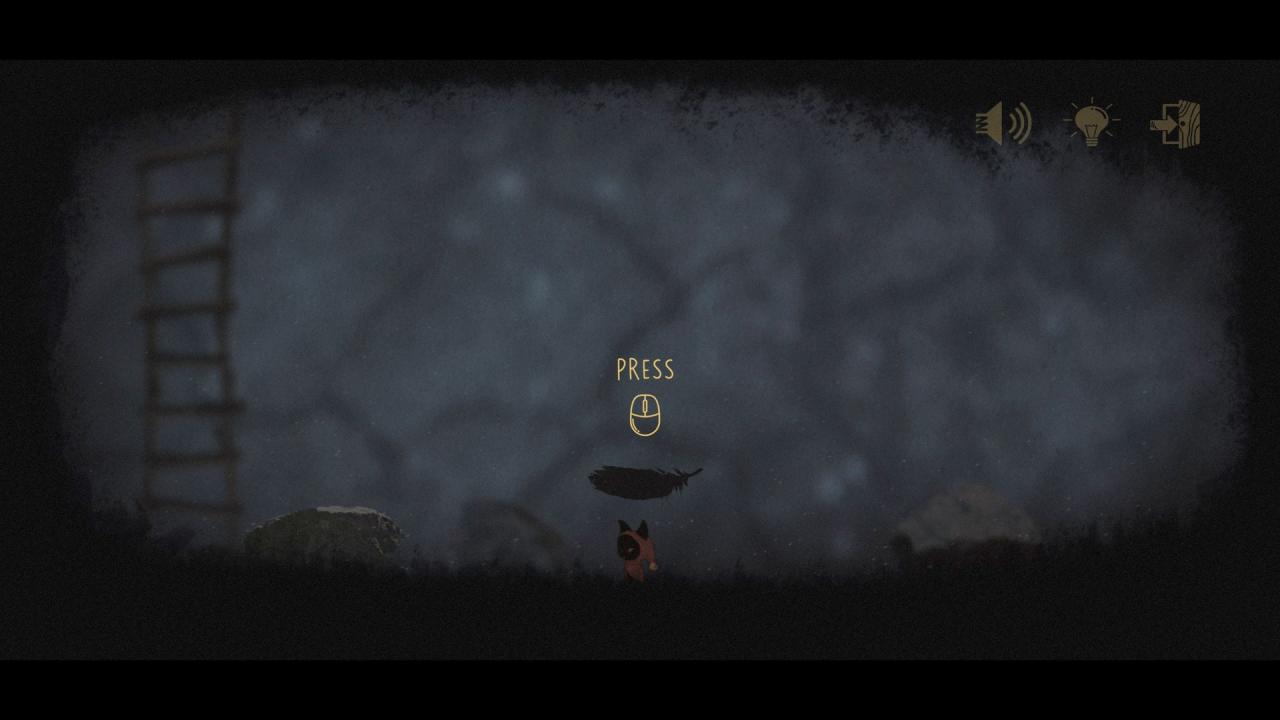 I LOVE MUSHROOM!!! – is given for clicking on all four mushrooms and unlocking the Light Cider.

Ding dong! – is given for solving the bell puzzle before entering the house.

Thanks <3 – is given for finding Owl’s feather and completing the prologue.

Thanks to shpasic for his excellent guide, all credits belong to his effort. if this guide helps you, please support and rate it via Steam Community. enjoy the game.

Text Walkthrough and Achievement Guide   Introduction Goal Travel along the path to fill in the empty...

Slime Ranger: Walkthrough with All Levels

Direction Input Walkthrough - All Levels   Introduction Push achievement doesn't work at the moment. Move with: U =...

100% Achievements Guide with All Endings Walkthrough for Valkyrie Elysium   Introduction This is currently a WIP, and a more...