Steel Division 2 is a sequel to 2017’s Steel Division: Normandy 44, set during Operation Bargration in the summer 1944 when the Soviet launched their strike back.

The game will contain new single-player dynamic strategic campaigns, 18 new divisions, mechanics, setting, and hundreds of historic units. Multiplayer fans can get in on some hectic 10v10 plays.

Steel Division 2 will be published on PC by Eugen Systems and the release date is not announced yet.

Considering the massive scope of Operation Bagration, Steel Division 2 seems to have expanded the scale of the battlefield. In the new campaign mode, you’ll be the leader of a full army on a 150 x 100 kilometre map.

The developer even promised that they will not fudging the scale of any model, everything in the actuel game, from soldiers to buildings, even aircraft will be authentic 1:1 modelling. If nothing goes wrong, players will be able to zoom out from the perspective of a single soldier in the field to the panoramic view of entire battlefield.

Steel Division II is based on real history, the Eastern Front, with the mighty Red Army against Axis powers. There will be over 25 new maps base on realistic battlefields with over 600 historically accurate units across 18 new divisions. All new features focus on bringing a better immersive visual style to deliver a real battle experience. Offline and online mode are both supported, including co-op and massive 10v10 multiplayer battles. 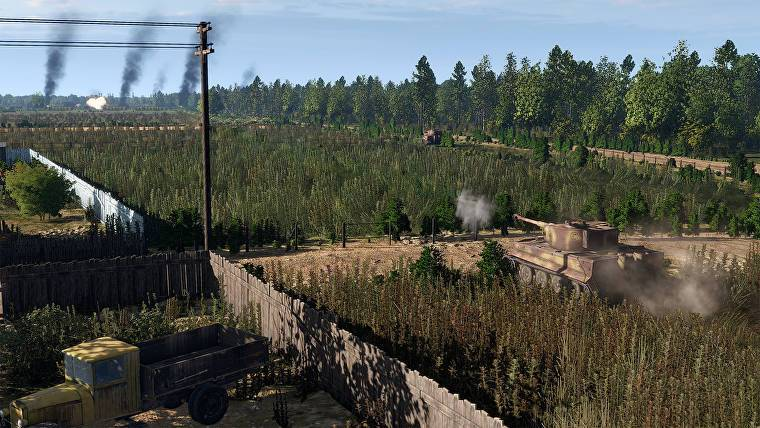 More Details Are On The Way!

Sign up at Steel Division II official site below to get an exclusive cosmetic Ace at the game’s release: Marcel Albert and his deadly Yakovlev Yak-9 fighter aircraft! Member of the “Normandie-Niemen” Fighter regiment who is one of the highest-scoring Allied Ace of the Eastern Front!