Stormworks Build and Rescue: ow To Improve Engines For Torque

A basic guide about how to make an engine with higher torque and how I found this information out using engines I have already build for different purposes and how the compare.

All engines/generators were run with the same modular ECU at the same RPS and same settings. Some engines (Both Super-Torque engines and the GX-3200) had a 3×3 size flywheel, while the others lacked a flywheel of any kind. All of the engines (Aside from the Genset-9 which used an impeller based fuel pump) were under no load except for the torque meters. All engines were run for
RPS and torque with two 1×1 gearboxes with both set to 3:1 and were facing away from the engine for higher torque on all engines. Some of the engines have a different number or type of fuel
manifolds, air manifolds, air and fuel pumps, belt-starters, or exhaust manifolds and their pumps. All engines/generators and the used ECU are made by me. 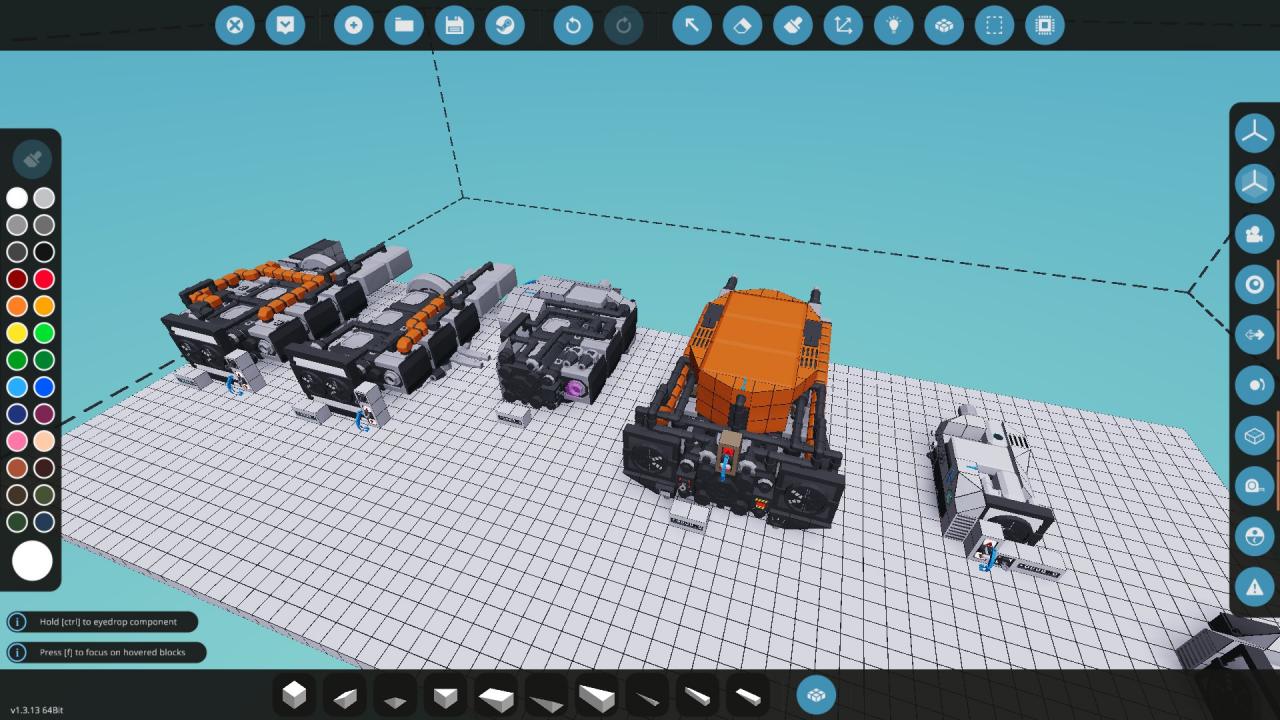 Info About The Engines Used

Genset-9: This is a small 1×1, B6, type generator engine made to be compact. This generator was one of my first modular engines, and for the test I swapped it for my new ECU.
GX-3200: This generator is a 3×3, B10, type generator for maximum power output. This generator had my currant go-to ECU, but it was modified to have automatic ajustment of throttle.
Untitled Generator: This is another one of my first modular engines. But this one is only a 3×3, I3, type. While it worked, it got the second lowest (Torque) score overall and the second lowest of 3×3.
Super-Torque Mini: This one is a version of my normal Super-Torque engine, but smaller so it could fit in a smaller vehicle. It is another 3×3, I3, but this one is much better than the untitled.
Super-Torque Standard: Last but far from least, is this one. 3×3, B6 confiuration. It scores the highest on the list at 5884.5. This engine was made just before the Super-Torque Mini of which is derived from here.

Please note that some engines are much newer and older than others and that they may have different purposes by build. The Super-Torque engines and GX-3200 are the newest of them all. The Super-Torques were made for vehicles such as heavy tow-trucks or aircraft tugs, while the GX-3200 is made for pure power generation power.

What Can Be Learned Here?

There are many approaches on learning useful info from this guide. One is how to get more torque from the same engine. The main ways I can come up with is flywheels and gearing. Gearboxes facing away from the engine on the highest setting (3:1) can provide a lot of torque, but will greatly reduce speed and if you don’t have an RPS-limiting ECU than the gearing can easily let the engine run at a high enough RPS to overheat or cause other problems. Flywheels on the other (Or same?) hand will make your engine much harder to start which makes is ideal to have multiple starters (I use 4 on most of my 3×3 engines). The flywheels should add torque by an amount and might make the engine harder to stop with sudden resistance force. Feel free to correct me if i’m wrong, I am not 100% sure about the flywheels. A second approach could be to make the engine itself optimized for torque. A slightly higher amount of cylinders could help with power. One important thing is to use 3×3 (Or 5×5) engines when available.

Thanks to SolarFlare108 for his great guide, all credit to his effort. you can also read the original guide from Steam Community. enjoy the game.