This guide explains how you can go further in survival mode.

Which leader should we chose?

I prefer the King Lionel IX. It gives more health (+3) to his army and also has Airstrike which causes massive damage (33% of their health) to colossus and leader. Airstrike is essential for further rounds. When we fight with colossus (1600 health), Airstrike causes %66 of health gone.
Which strategy should we do?
The Main Strategy
The first two rounds we must attack the weakest troops with archers (light), then attack with heavy troops as a tactical attack. We must do this until all enemy troops are dead. For the third round and the following rounds, we must attack with Airstrike and then attack with heavy troops as a tactical attack. When we run out of airstrike, we must start using archers again and hit the weakest unit.

Details for the strategy
1. If their leaders have low health, or their colossus is low, it makes more sense to hit them instead of weakest troops with archers.
2. If your heavy units number are low, it may make more sense to attack with cavalry rather than attack with heavy units.
3. The cavalry can deal 100-160 damage to the leaders and colosus when they number reach 15-20. They are very well for causing immediate damage to the leader and the colosus. But when they number are low, they make low damage. Sometimes they don’t even do damage, when they number is 2-3.
4. Be sure to attack with caution attack when attacking with the leader or colossus.
5. Do not attack enemies with your leader as much as possible without your leader reach three level.
6. Try to keep your colosus alive as much as possible.
7. When attacking the colossus with a colossus, attack with caution and maximum 2 times, otherwise your colossus will die.
8. Archers do little damage to the colossus, so it makes more sense to increase your defense than hitting the colossus with archers.

In what order should we receive improvements?
Order of Improvements 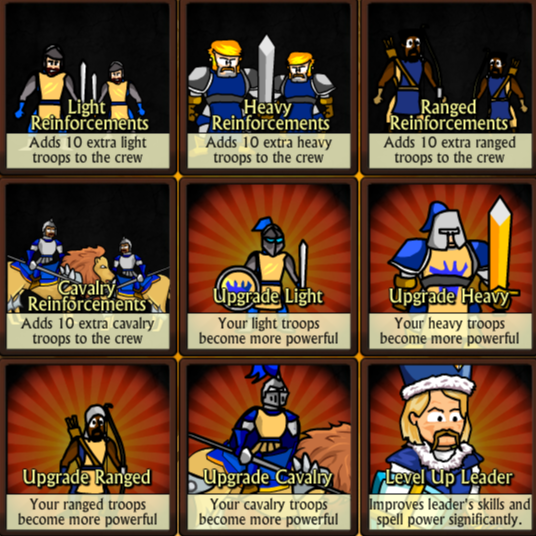 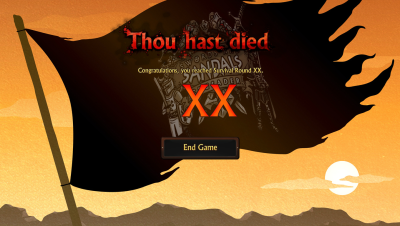