Team Fortress 2: All the Differences Between ‘Festive’ and ‘Festivized’ Weapons

When you’re new to TF2, or new to trading TF2 items… seeing a ‘Festive’ weapon on the market for $35, and then a ‘Festivized’ version of the exact same weapon for only $2, can lead to some confusion… Like what’s the difference between these weapons, why is one so much more expensive when they both look exactly the same, is it only because of the name difference? As in ‘Festive’ or ‘Festivized’? Or is it something deeper? Well this guide is going to clear up the confusion and break everything down for you.

Festivized weapons can be created by applying a Festivizer to (almost) any weapon of your choice. Festivizers can be obtained fairly commonly by unboxing any of the following crates… the Smissmas 2015 Festive Gift, the Unlocked Winter 2016 Cosmetic Case, the Winter 2017 Cosmetic Case, the Winter 2018 Cosmetic Case, the Winter 2019 Cosmetic Case, and/or the Winter 2020 Cosmetic Case.
​
When you festivize a weapon, it will retain its original quality. (Like a Strange weapon will stay in Strange quality after it is festivized.) It will obviously make visual changes to the weapon, by adding Christmas lights. A prefix will be added in front of the weapon’s name, so a ‘Strange Scattergun’ would be renamed to ‘Strange Festivized Scattergun’. And ‘Festivized’ will be added to the weapon’s description in purple text.
​
Festive weapons have a line of yellow text in the weapon’s description, right under the name, that says, for example, ‘Limited Level 1 Scattergun’, or ‘Limited Level 1 Rocket Launcher’.
​
The backpack icons for Festive vs. Festivized weapons are different, also. Usually very subtly different, but still different. Presumably just to be able to tell them apart when trading.
​
Festivizers are pretty cheap. ($2.00 on the market.) Which means you can turn any weapon you want into a Festivized version of the weapon for only 2 bucks. This is why Festivized weapons are so cheap. It’s because they can be created with very low cost. Compared to the Festive weapons which are limited and much harder/rarer to get.
​
Festivized weapons can be altered by ‘restoring’ the item, which will remove the Christmas lights from it and revert it back to its original quality. While Festive weapons can not have the lights removed from them; the lights are part of the actual item and can’t be removed.
The Visual Differences
​
Difference #1 – The Battery Pack

The vast majority of Festive weapons have a small battery pack strapped to them. (A battery pack to power the Christmas lights wrapped around the weapon.) The battery pack on Festive weapons looks different than the one on Festivized weapons, and usually it’s in a different place on the weapon depending if it’s Festive or Festivized. The battery pack itself is a very small detail and would most likely never be noticed ingame, but if you’re inspecting the weapon really closely, you can see the differences between the 2 variants. Here is a comparison between a Festive Scattergun and a Festivized Scattergun:
​
(Click on any of the images to enlarge them.)
​
Festive Scattergun: 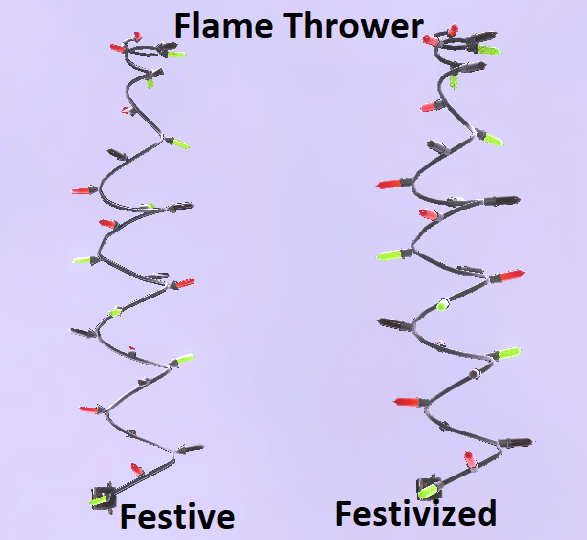 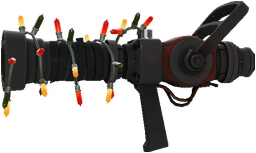 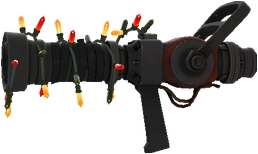 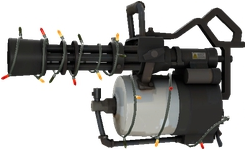 ​
So as you can see above, the cord colors vary between the 2 versions.
​

With a few weapons in TF2 there is a glaringly obvious visual variation between the Festive & Festivized versions. Here are some examples…
​
(Click on any of the images to enlarge them.)
​
Festive Black Box:

​
When looking at the Revolvers above, you can clearly see that the Festive version changes the Revolver’s grip, replacing it with a wooden grip. While the Festivized version keeps the stock Revolver’s pearly white grip, and only adds Christmas lights to the weapon.
​
Festive Ubersaw:

Some Festive weapons (mainly utility items like the Sandvich, the Wrangler, the Sapper, Jarate, or the Chargin’ Targe) look unlike any other Festive weapons in the game. They don’t just add Christmas lights like most Festives; they completely change the look of the item. Here are some examples… (Also, the vast majority of “Special Festives” ONLY have the Festive version, and no Festivized version.)
​
(Click on any of the images to enlarge them.)
​
Festive Sandvich: 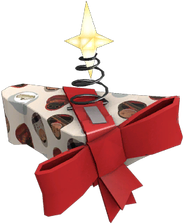 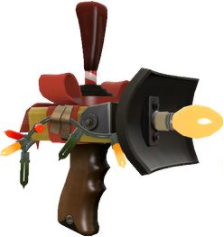 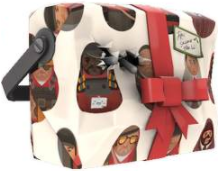 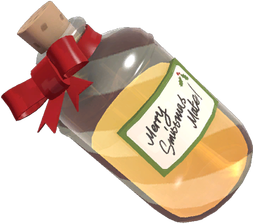 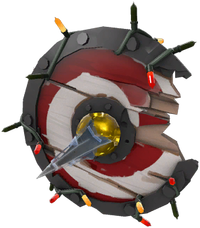 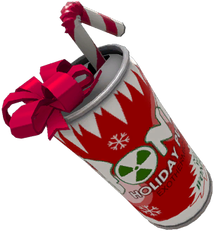 ​(Press Ctrl+F and search for any item you want to easily find it in the lists.)
​
All Festive Items

Most weapons in TF2 have Festive and/or Festivized versions. However, some weapons (mainly reskins), don’t have either of the 2. The Boston Basher doesn’t have a Festive version and can not be Festivized. The Lollichop, Postal Pummeler, Maul, Homewrecker, Scottish Handshake, Fishcake, AWPer Hand, Fortified Compound, Shooting Star, Your Eternal Reward… are all weapons that don’t have any Festive variants.
​
The reason why some weapons can’t be Festive or Festivized, is simply because TF2’s developers haven’t gotten around to updating the weapons yet. They’ve added the capability to use Festivizers on certain weapons in the past, such as the Kukri, Shahanshah, Reserve Shooter, Panic Attack, Pistol… But for other weapons, they just haven’t gotten around to updating them yet.
​
The Pistol is one of the few stock weapons that doesn’t have a Festive version. It only has a Festivized version.

Be very careful when buying Festive TF2 items. For example, someone could have a Festivized Scattergun and rename it to “Festive Scattergun”, then try to sell it to you for the price of an ACTUAL Festive Scattergun.
​
Double check (triple check) Festive weapons that you’re trading for. Analyze the backpack icon, check to see if the item is renamed, just really make sure that the item is actually Festive and not Festivized.
​
On the Steam Market it’s really easy to see what you’re buying, and avoid being scammed. But if you’re 1 on 1 personally trading with someone, you need to be extra cautious and make sure that you don’t get deceived.

Thanks to Psycho for his great guide, all credit to his effort. you can also read the original guide from Steam Community. enjoy the game.