Spawncamping is a nice change from normal tf2 gameplay. It is fun, rewarding, and allows you to make some kids rage in the chat.

This guide will go over the best classes and maps to spawncamp. The higher up it is on the list, the better it is. Duo maps require two people but can still be done solo. The only thing is you don’t get the same effect as with two people. Solo maps can be done solo but can also be done duo for a slightly better effect.

Pyro: The only spawncamping you can do with the pyro is by using the phlogistinator. Once you get full crits, activate it and go as close to the spawn door as you can get and hold mouse1. If done correctly, the flames will not come out until the door opens. The enemy will die instantly.
Medic: A good support class for the main demoman. Use the quickfix to quickly jump with your demoman to the enemy spawn.

Suijin (best solo; fastest setup)
Suijin is the best solo spawncamping map because of how easy and fast it is to setup. Even if you die, it only takes 5 seconds to get set up again.
Basic Strategy
Advanced Tips 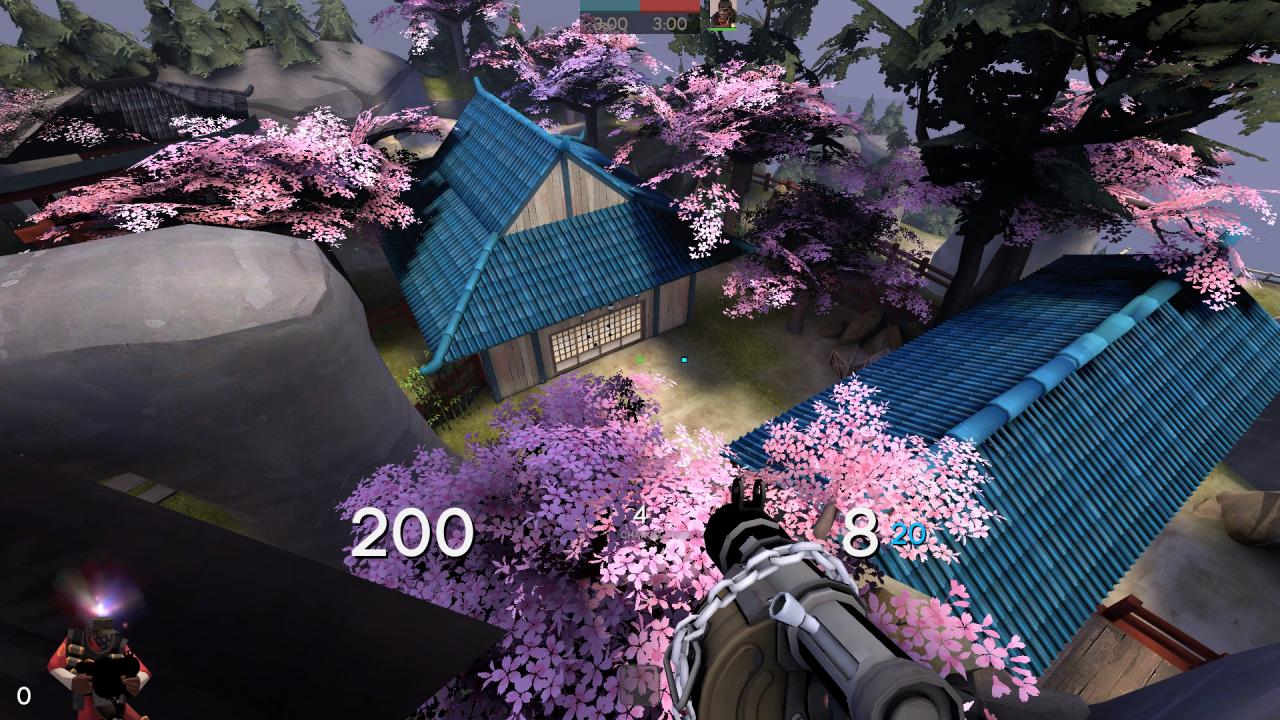 Hiding in the upper spot. Despite how it looks in first person, if you step back and hide in the center of the tree the bark will be around you and hide you. 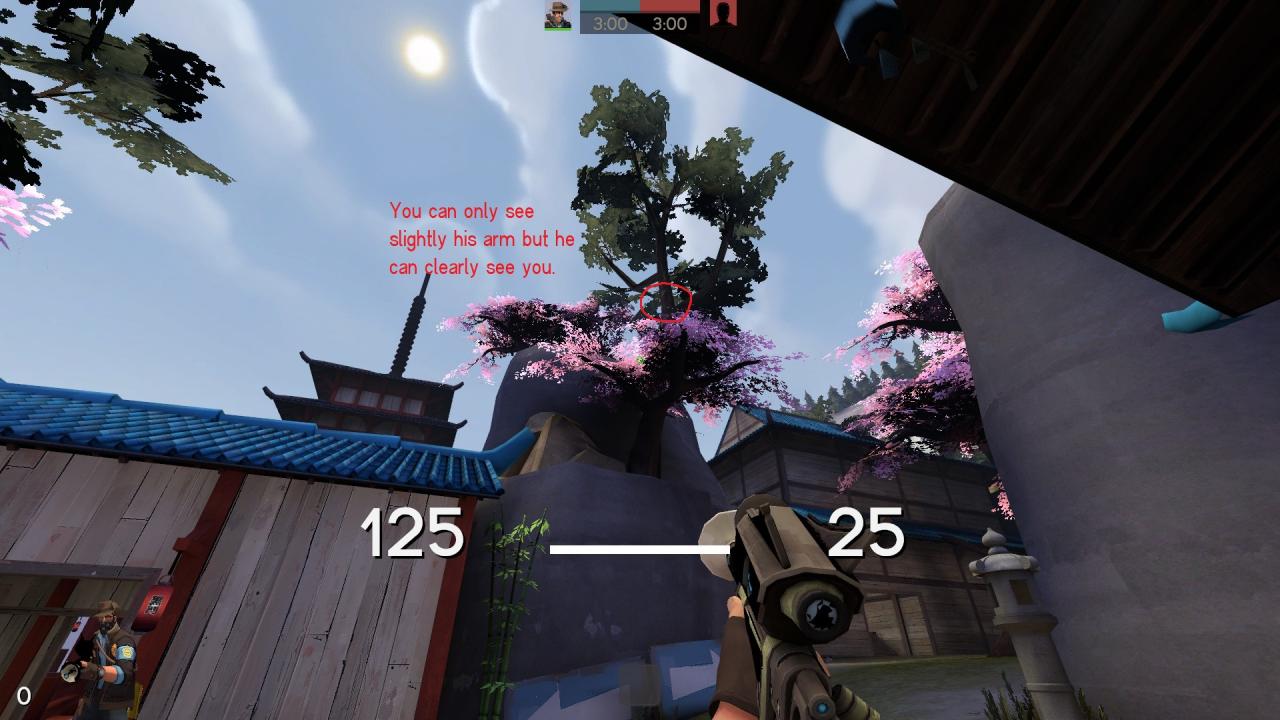 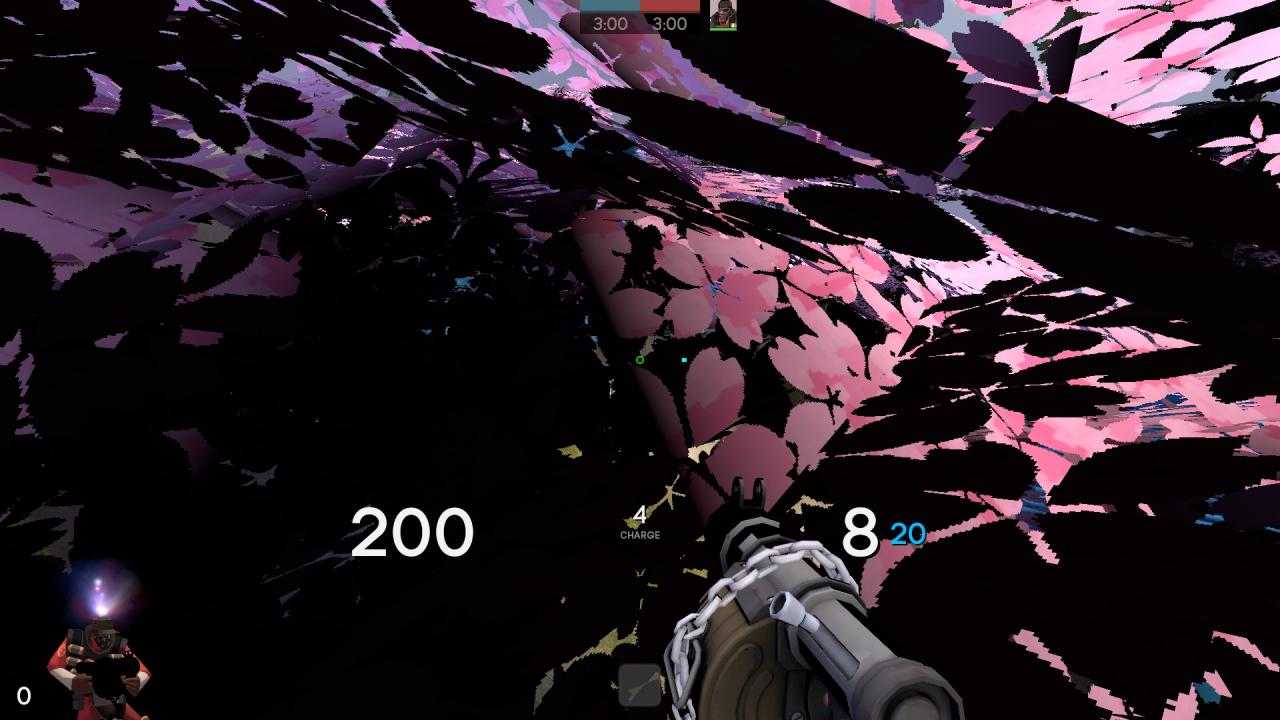 Hiding in the lower spot. 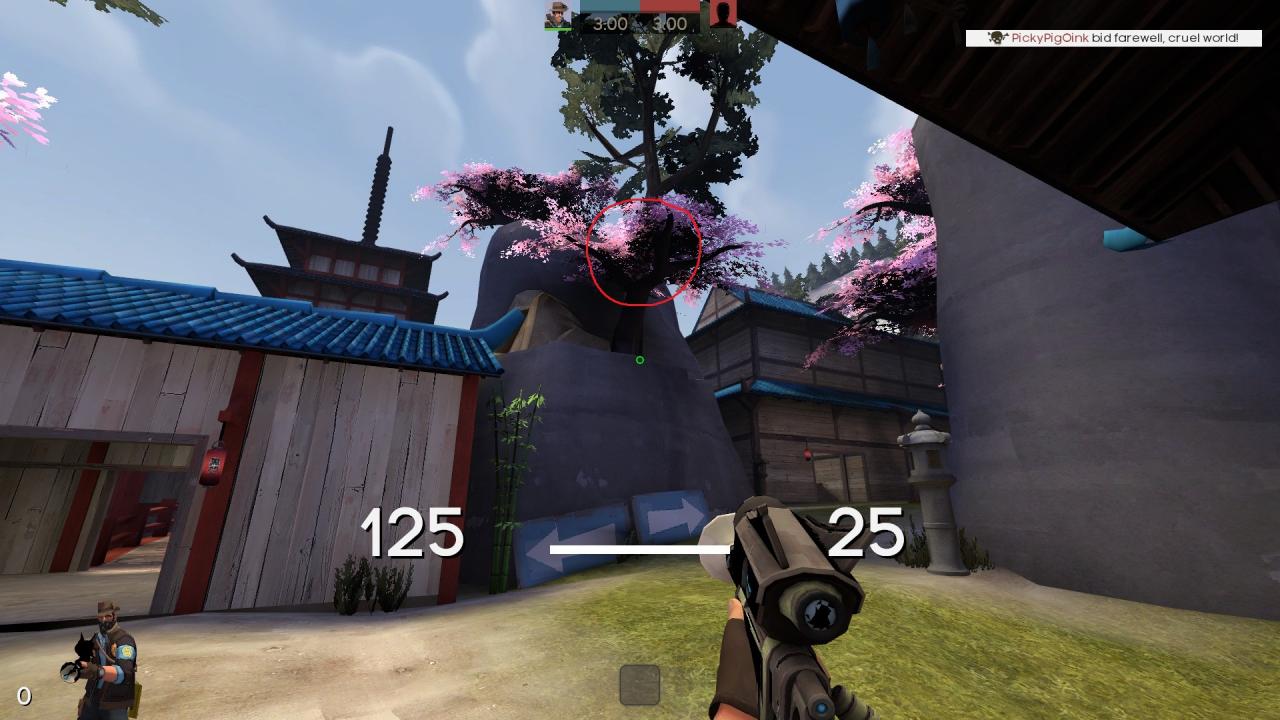 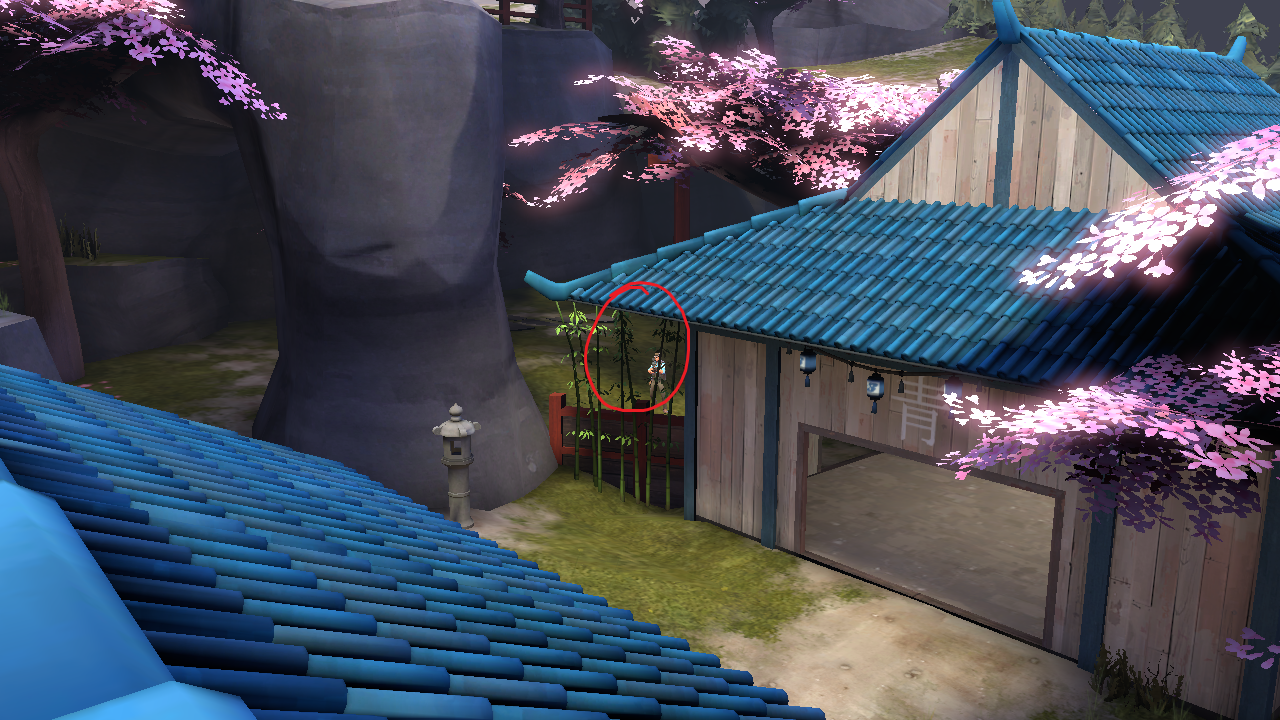 A lot of times people will try to shoot you from here. Little do they know there is an invisible barrier so you won’t get hurt. 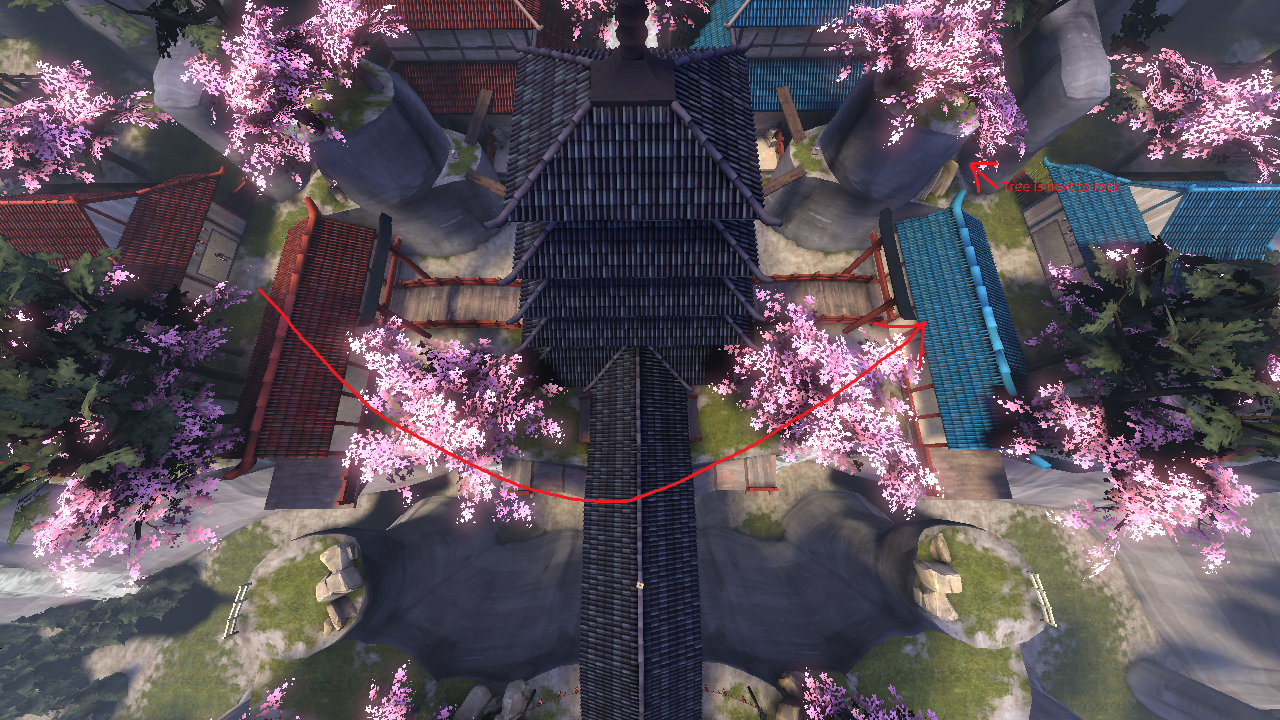 Frontier is undeniably the most powerful to spawncamp because there is a spot where you can kill the enemy right as they spawn. You can kill them inside their own spawn. Also the spawns change every time Blu caps so there are multiple opportunities to camp. The only thing is that you need a buddy to help you out.
Insta-kill Strategy

You can try doing this on Blu with just a Demoman but it would be a lot harder since it is a high traffic area. 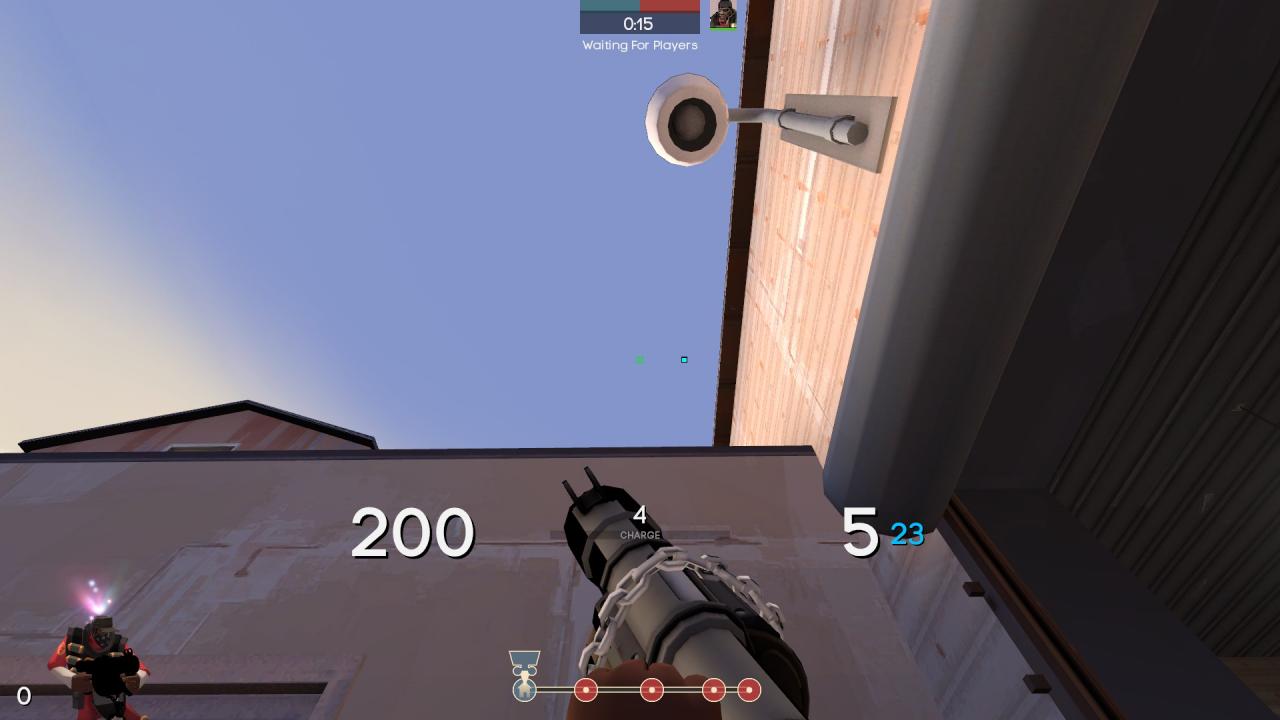 Go here and look where I am looking. The stickies will arc perfectly into the enemy spawn. 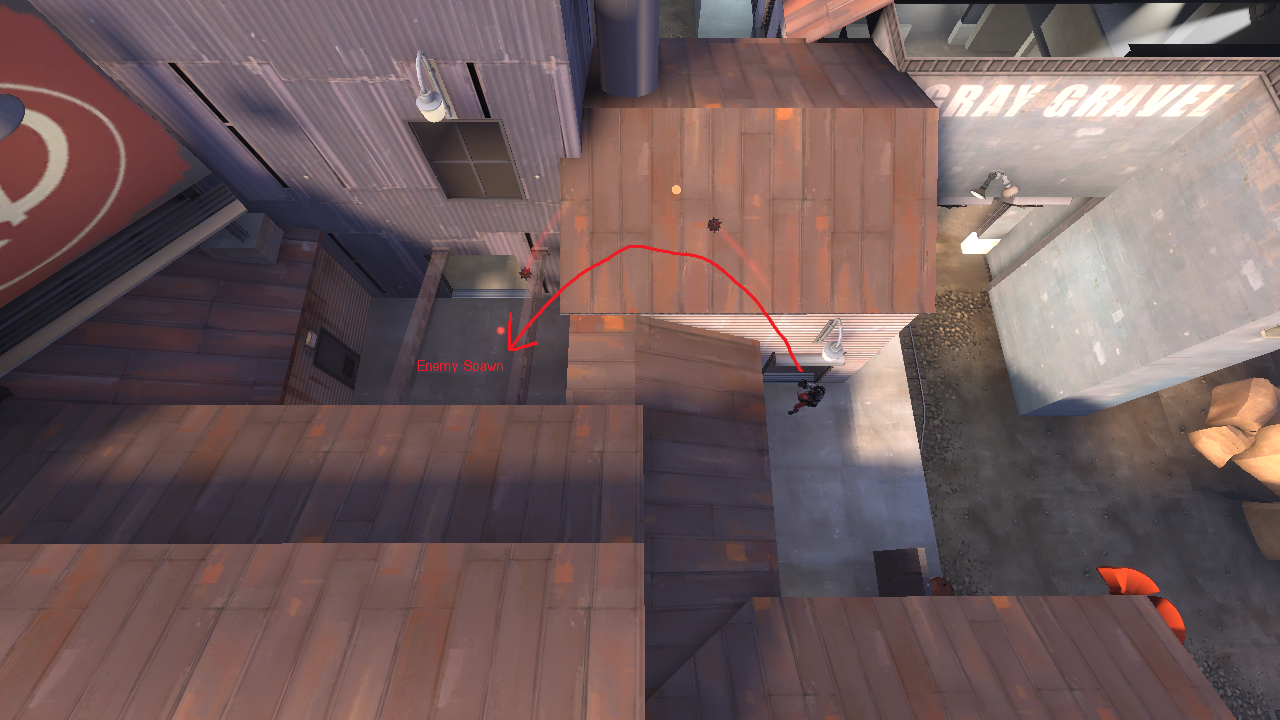 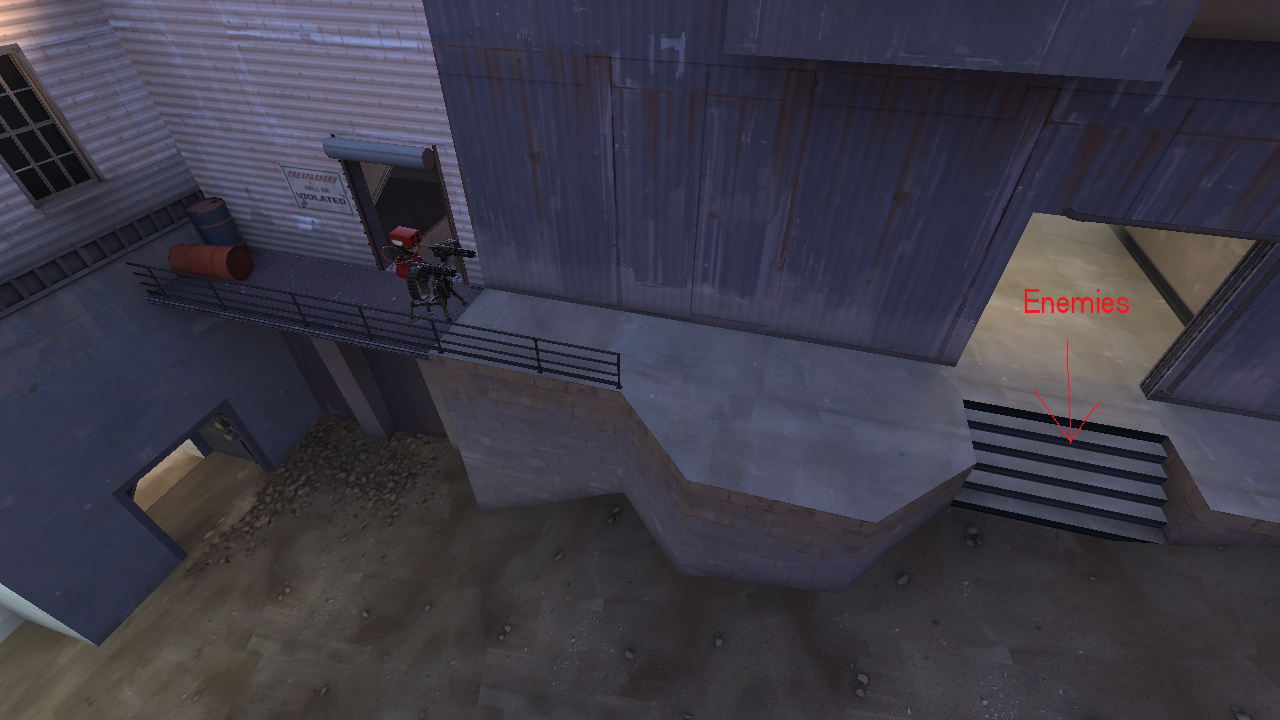 This is what I mean by team ribbon. 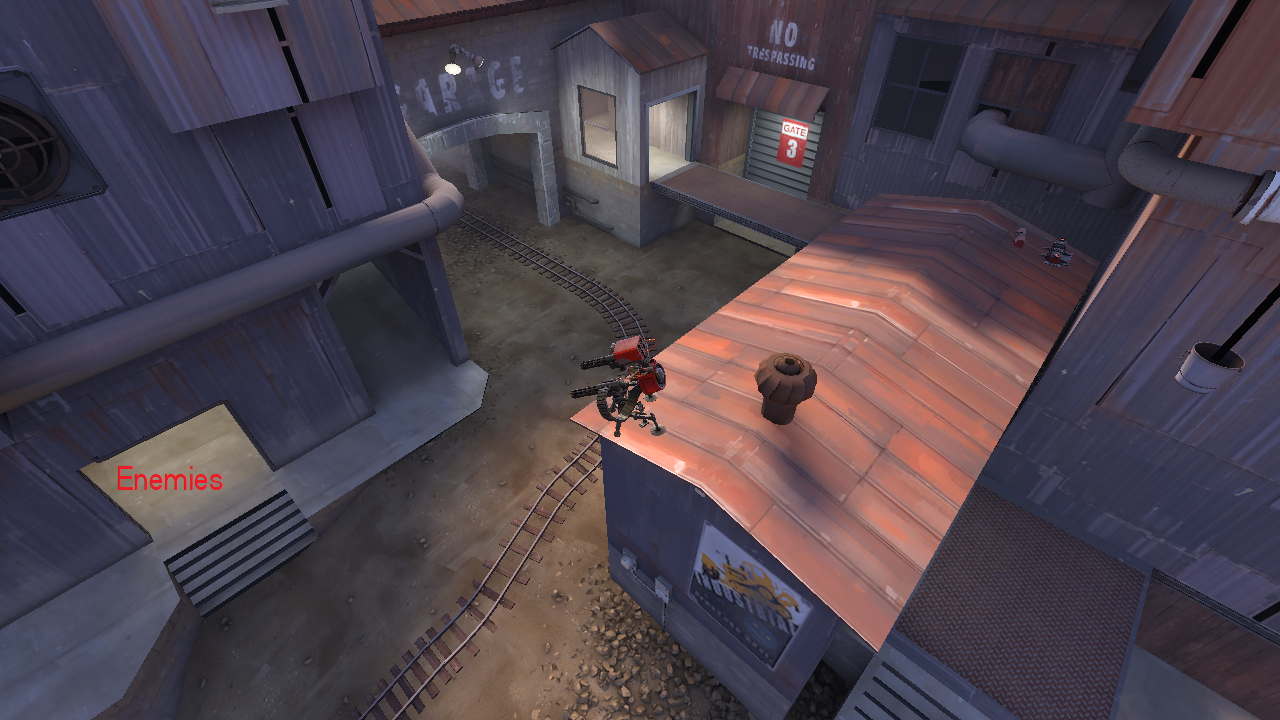 Even if you don’t have a friend, you can still get the full experience. Just ask the medic on your team to buff you right before the round starts. 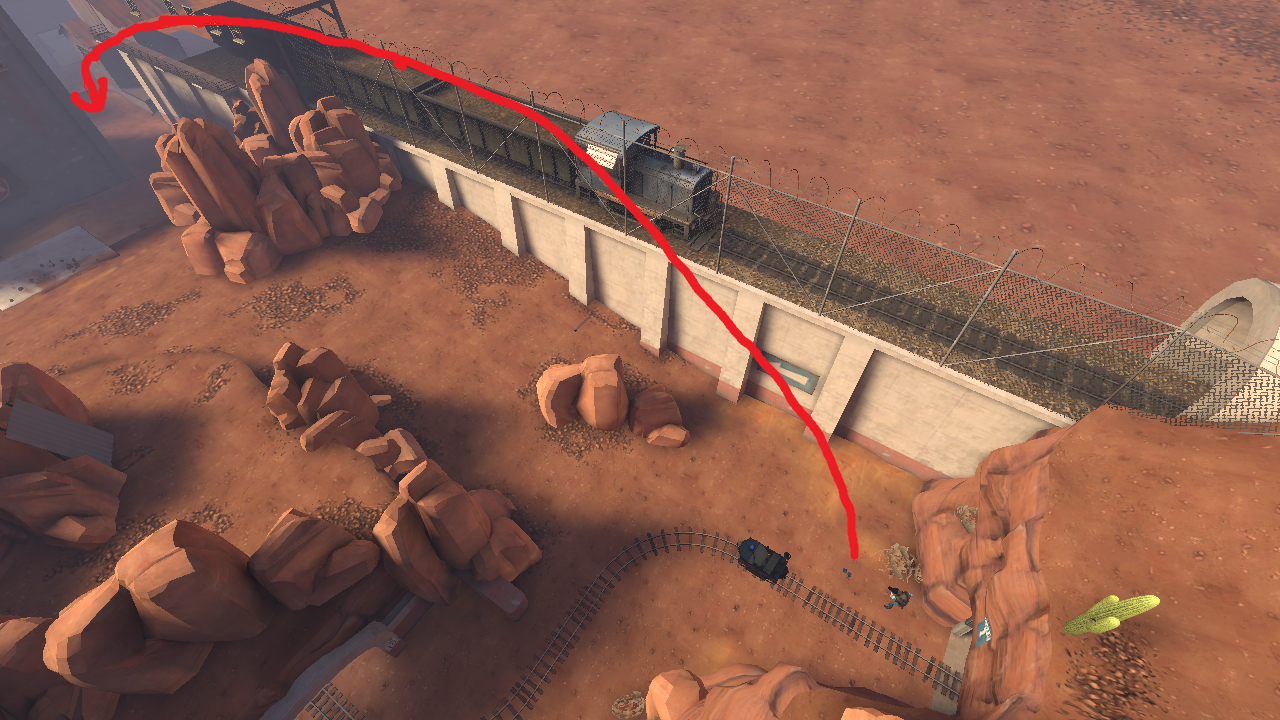 There is a neat trick where you can kill Blu team during setup time. You need a soldier and a medic.
Setup Kill Strategy 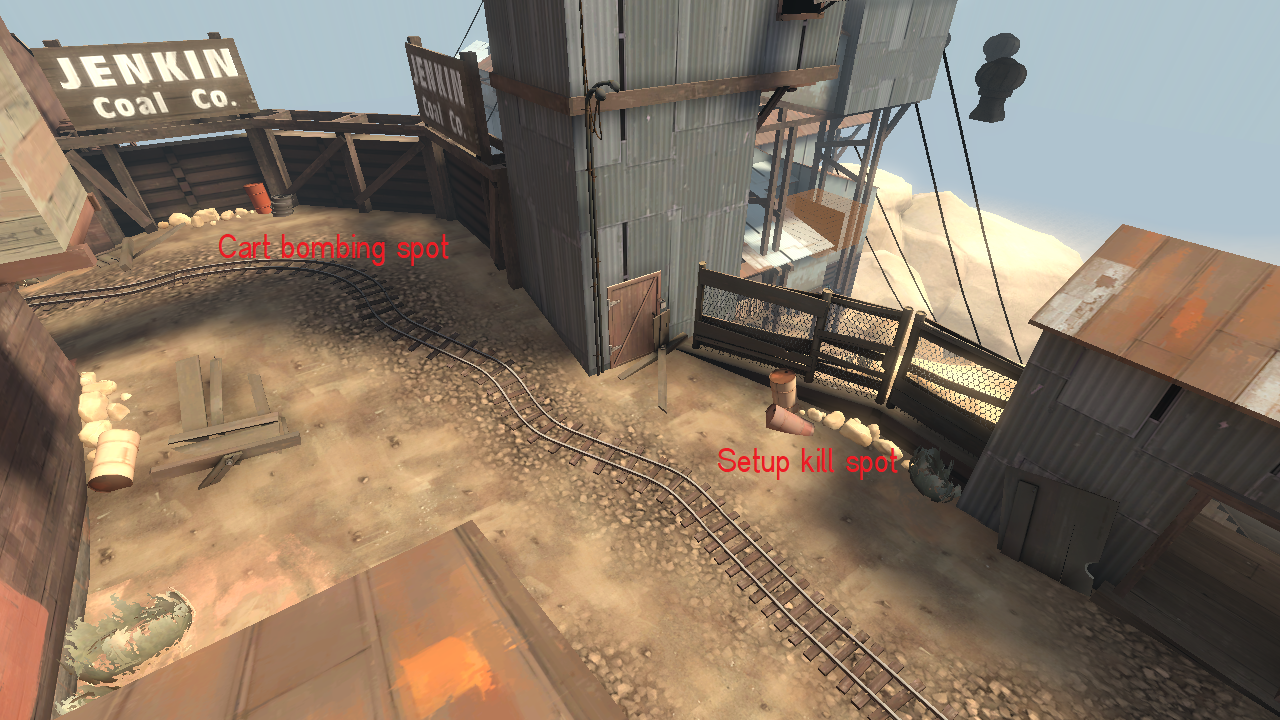 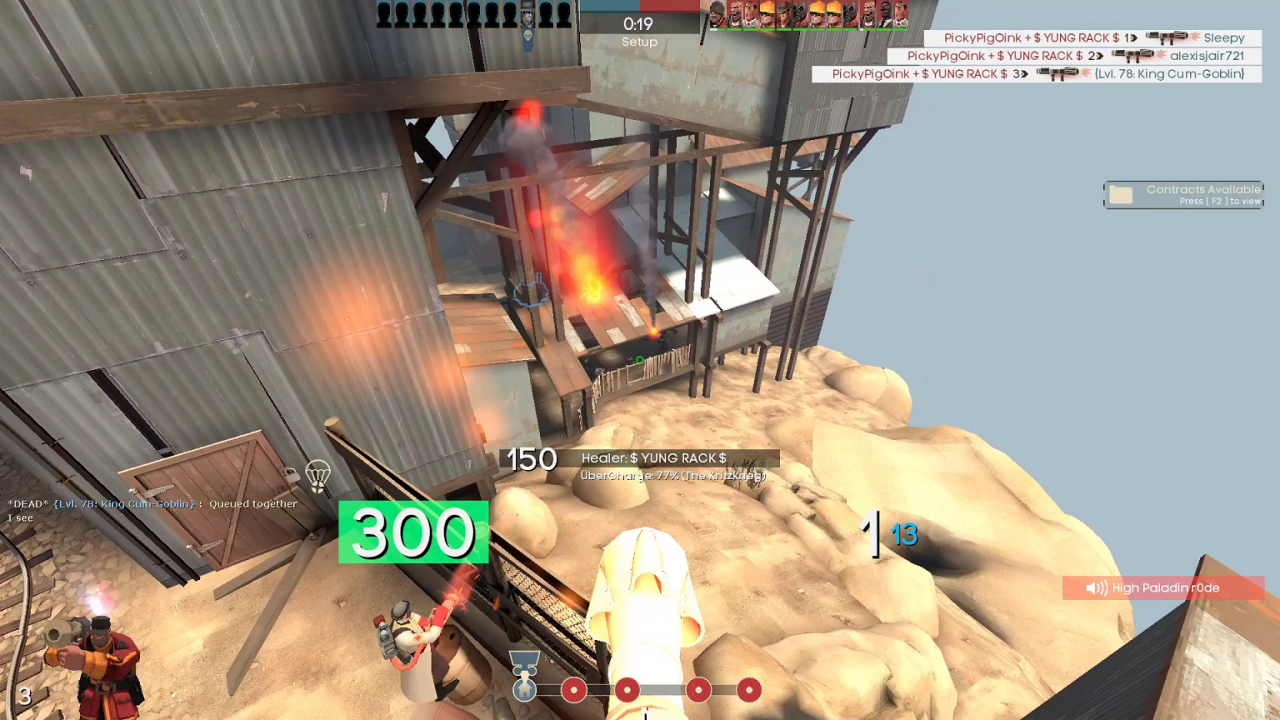 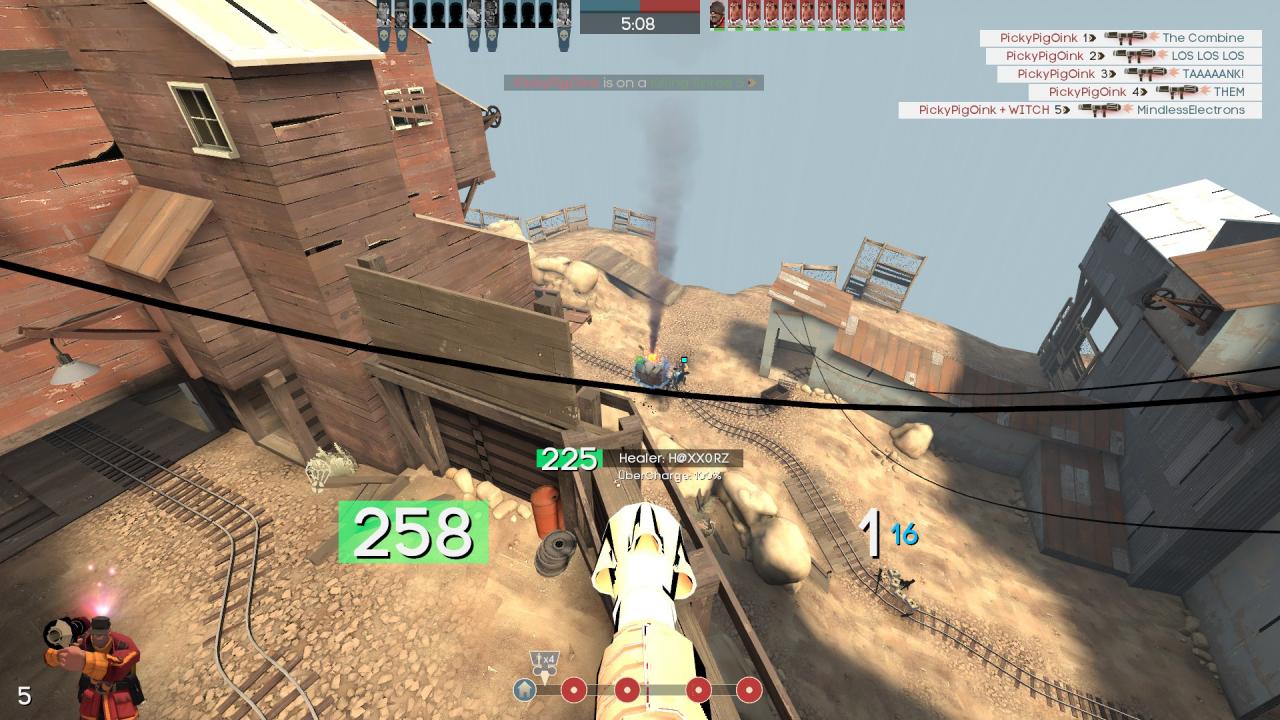 Cart example. I did this with bots but you get the idea. I couldn’t find any clips of me doing this.

You can also do the classic engineer + demoman spawncamping as well. If you both go engineer, you can set up some nasty crossfire sentry spots too. 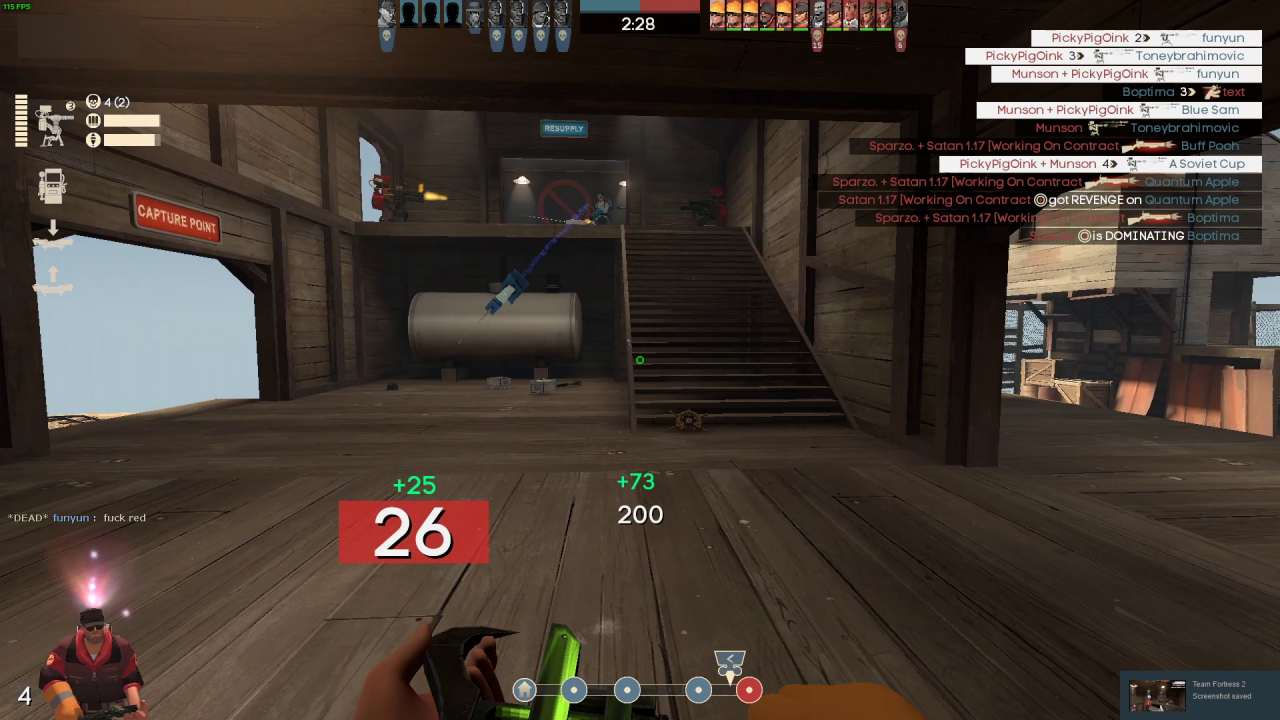 Swiftwater is an amazing engineer spawncamp map. The design of the map makes it so easy. On Blu, all you have to do is walk through a one way door and reach the enemy’s spawn on the third point.
Blu Strategy 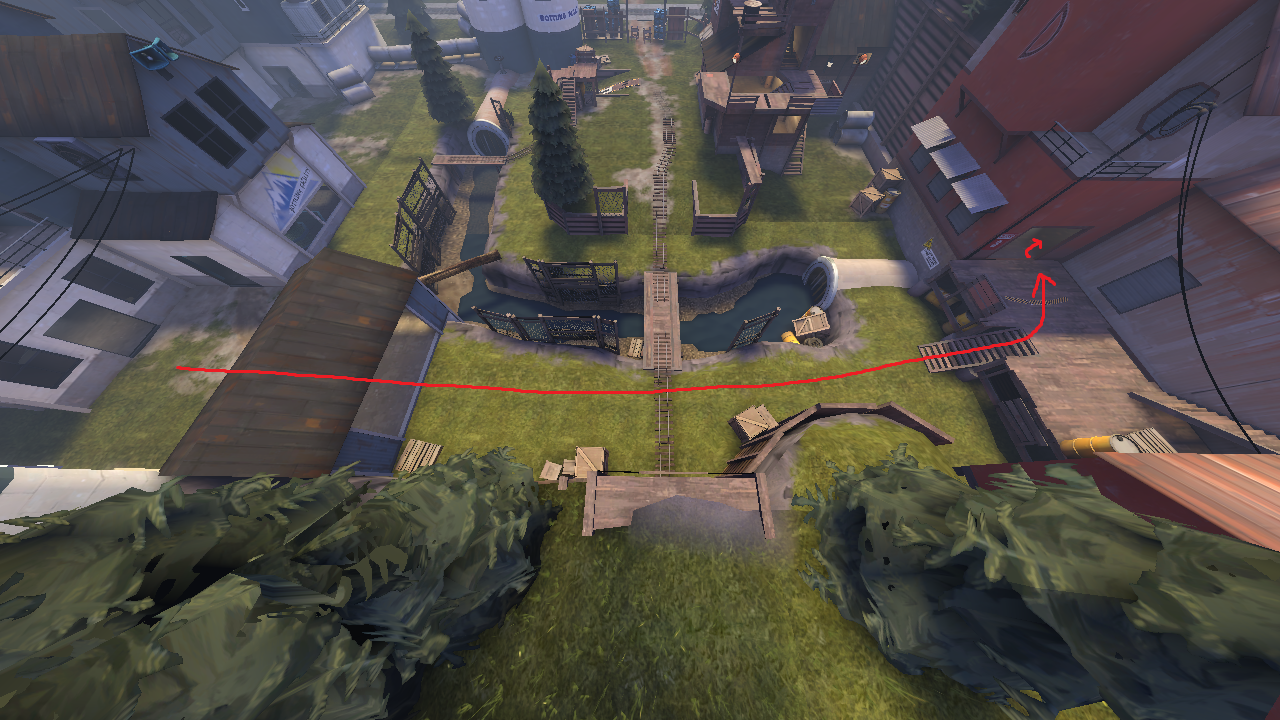 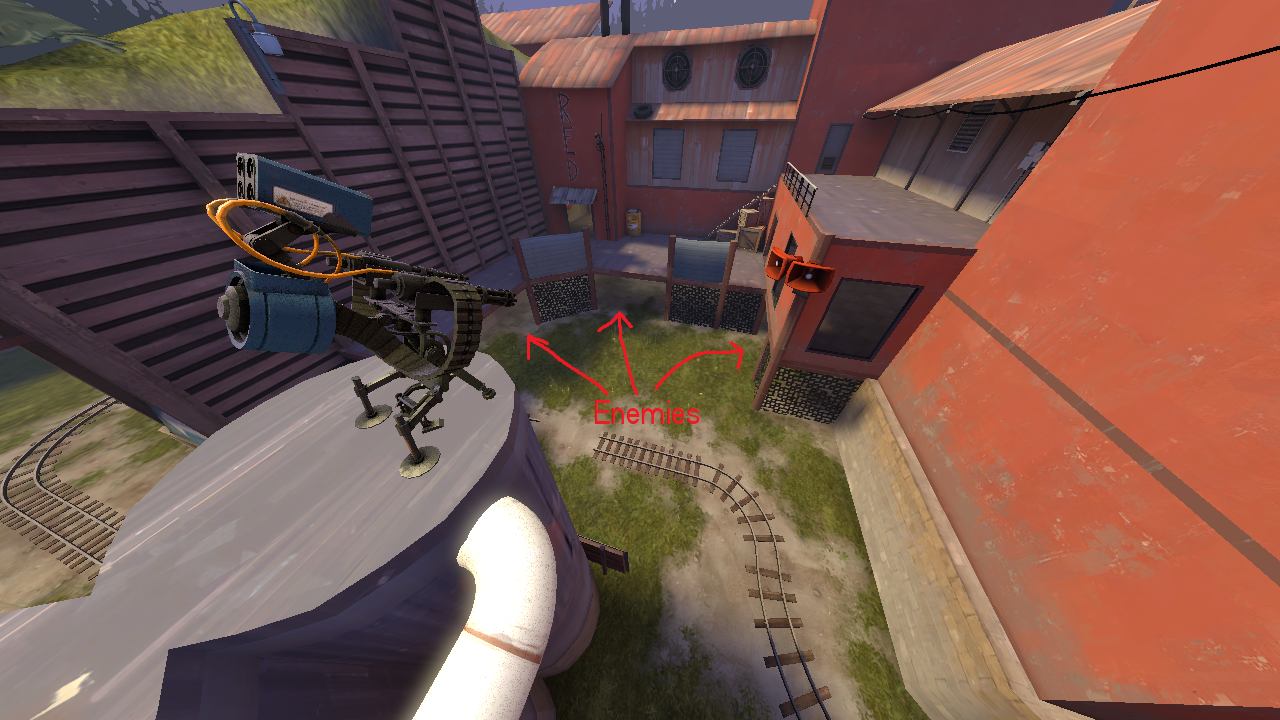 Here is a sentry spot that I like to use. 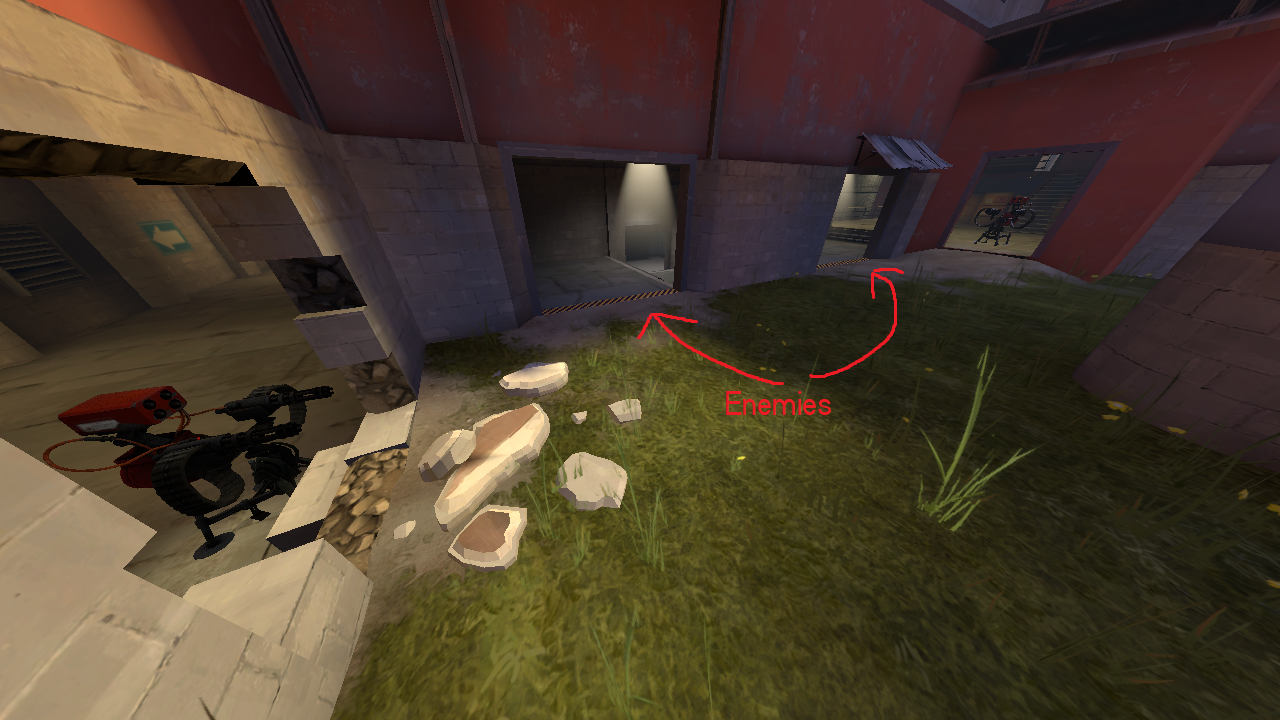 It’s easy to spawncamp on thunder mountain for the first and second stages.
First Stage Strategy 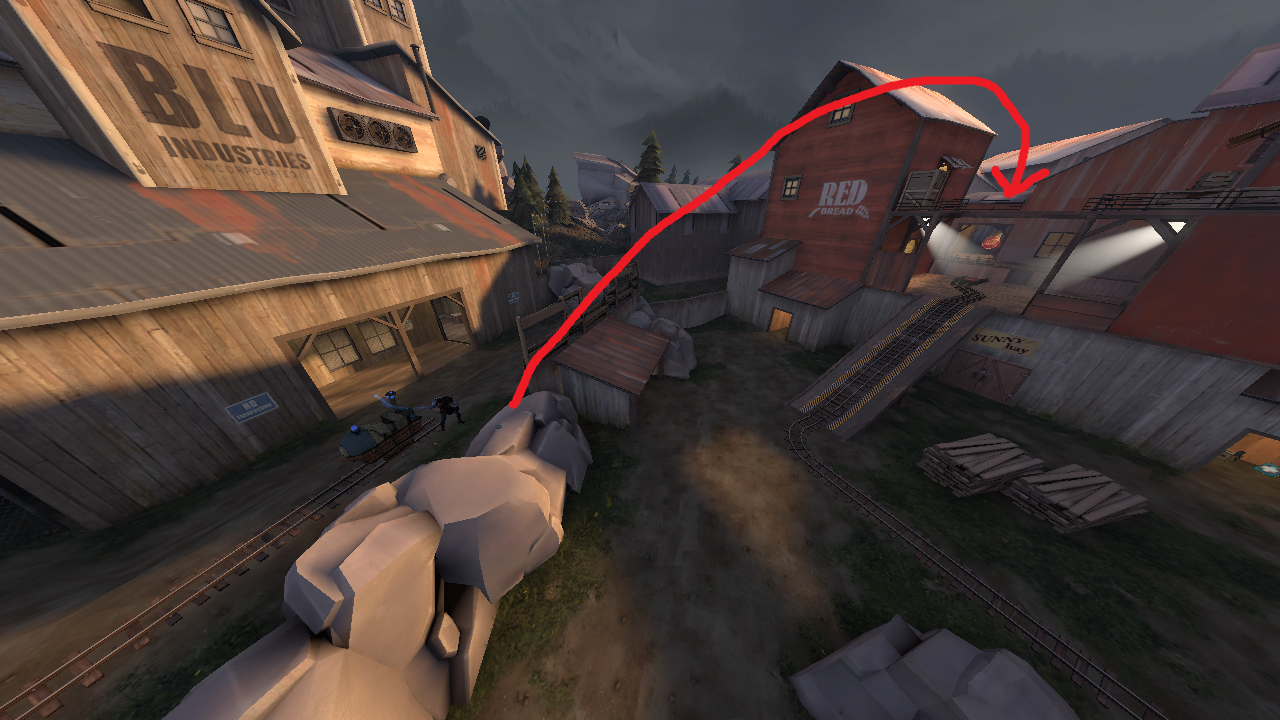 You can go either engineer or demoman for this.
Demoman Strategy: 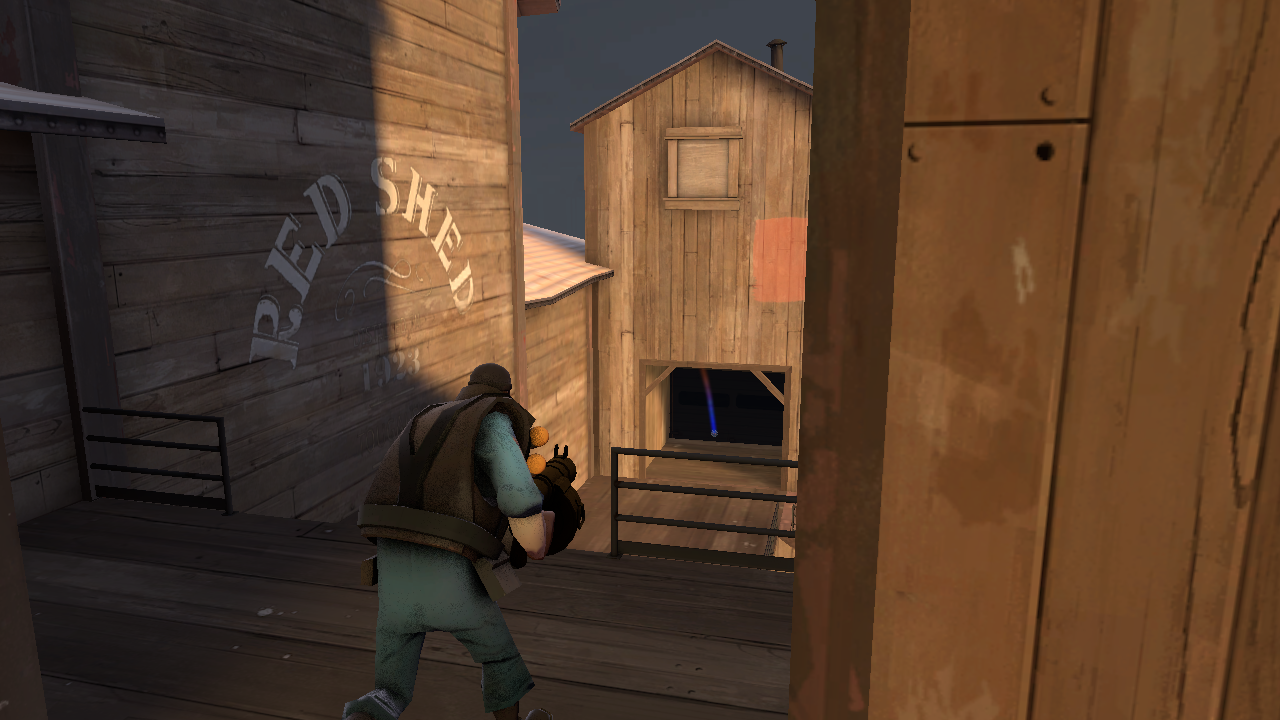 Engineer Strategy:
This is best used after you have set up for a while in the spot with the raised floor with the big metal and medium health pack. 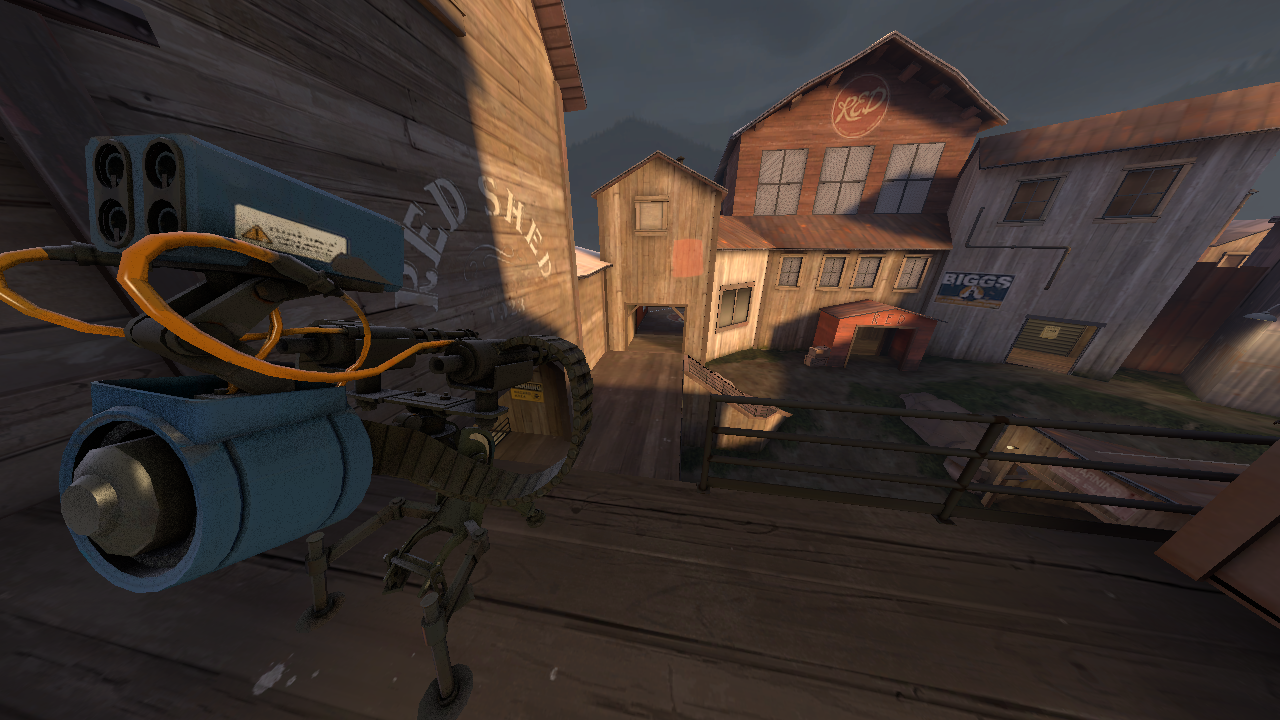 There is a spot on the first stage where you can easily flank around to the enemy team. It is a one way door that opens even when the first point has not been capped. Why this is, I don’t know but it does make for some easy spawncamping.
First Stage Strategy

You can also do this on the second stage except there is no one way door. Just keep to the right like on stage one. It is a bit harder but still possible if they have a teleporter. 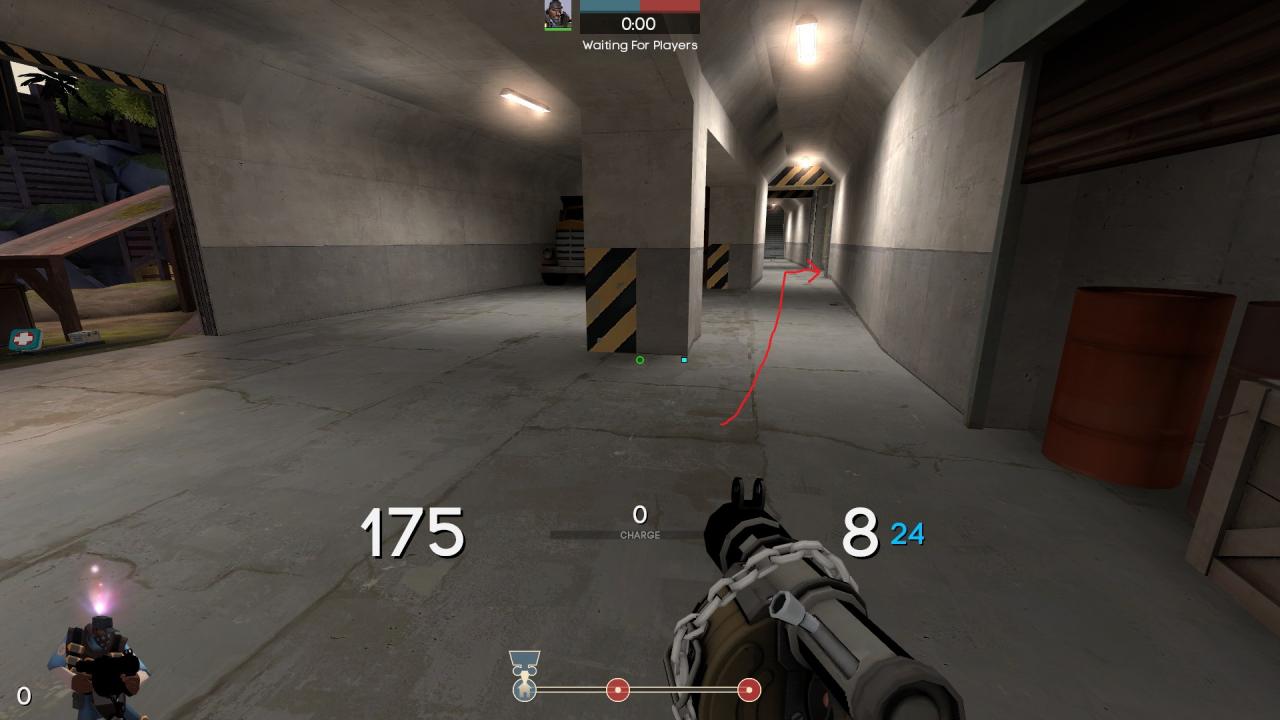 Go down this hallway and turn right. 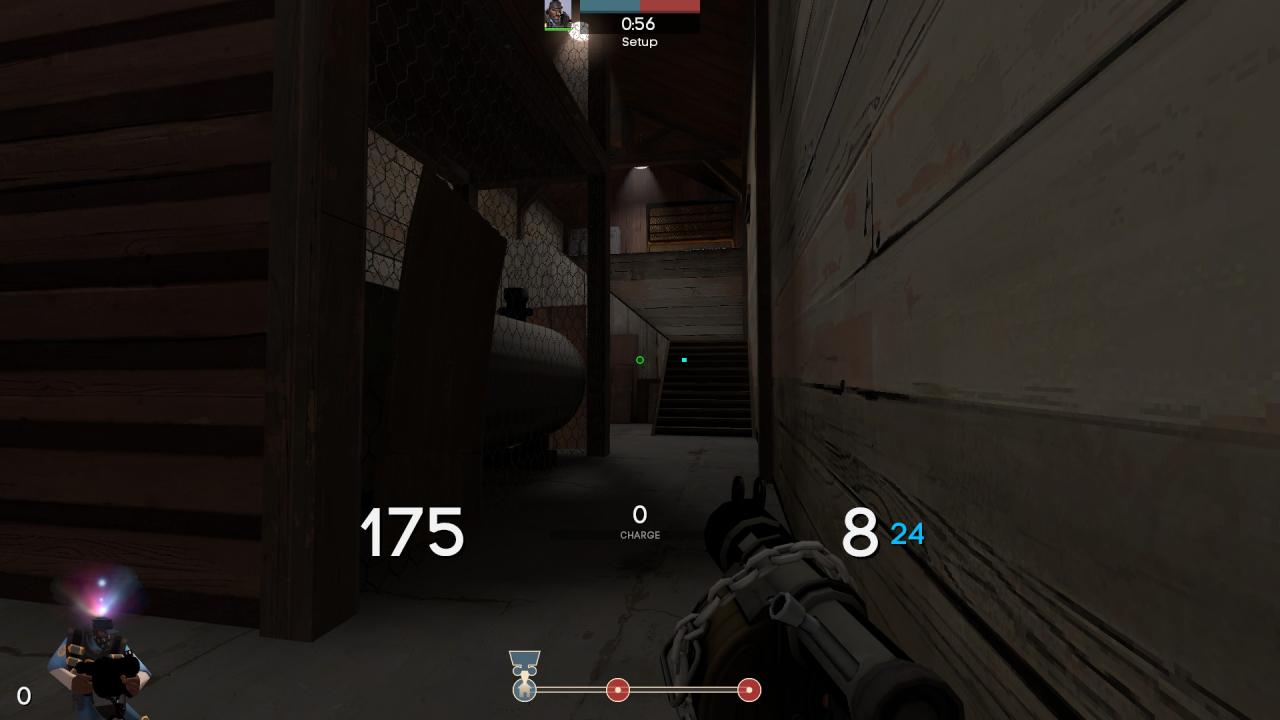 Then go up the stairs and through the door.

You can pretty much do the same thing on Suijin on this map. However, it is a lot more dangerous and harder to get onto their roof. People normally like to go on the roof anyway during regular play. 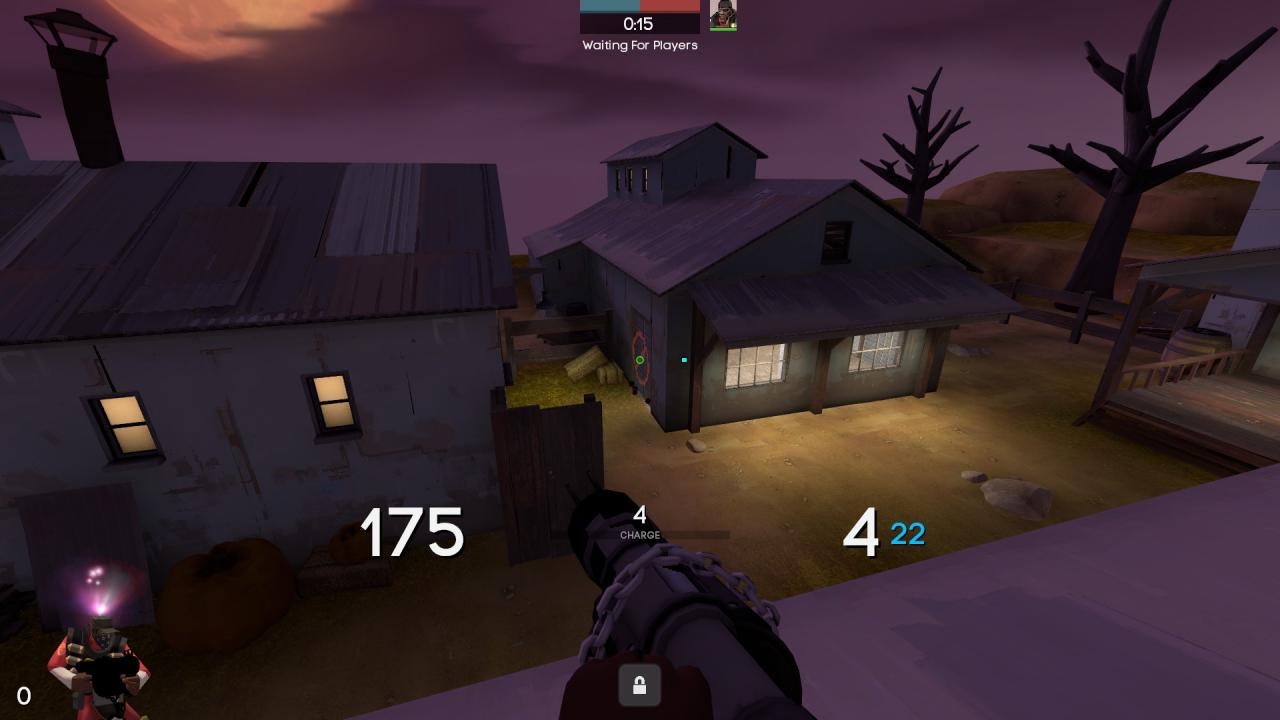 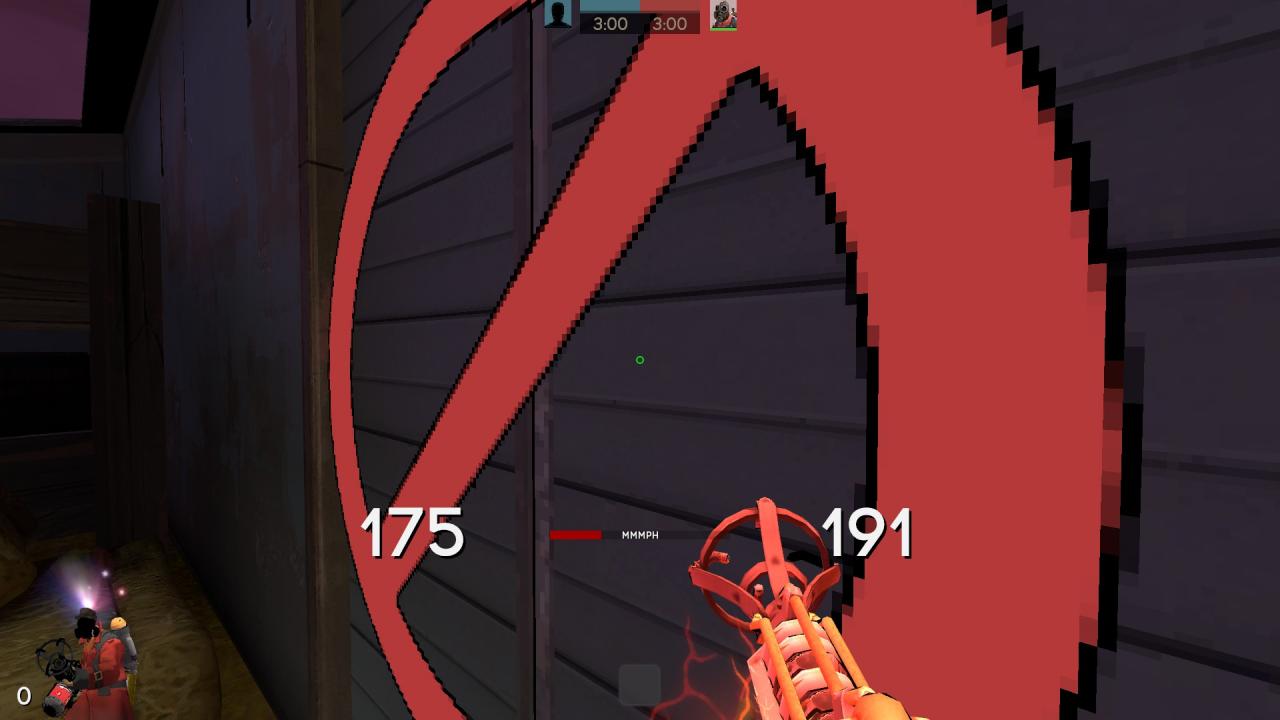 Pyro strategy. Notice how I am holding mouse1 yet no flames are coming out since I am right next to the door. When that door opens, flames will come out.

Camping on other maps is not that difficult. You just have to get to the enemy spawn as a demoman or make a secret teleporter. If your team is super good, you can get to their spawn naturally and start camping.

On many maps, you can jump to get behind the enemy. One map that I did not put in the main section but still is an alright way to camp is Goldrush stage 1. All you need to do is cap the first point and walk halfway to their spawn. From one of the buildings you can do a single jump to get to their spawn.

Other payload maps with forward spawns are also pretty simple. On all of these you just have to place a secret teleporter to use later. When you are ready, you can bring a sentry gun and a demoman to camp their spawn.

On control point maps you can do the same thing because the spawns are constantly changing. However once you get set up and a team caps, you have to start over again.

On koth maps you can try to get a teleporter and a sentry gun but probably not next to their spawn. You might be able to get one a bit farther up. You can also try ninjaneering and just use the shotgun and eureka effect but at that point you should just play Scout.