This is a Guide to TF2’s Zombie Escape (ZE_) custom gamemode. In particular the Skial version.

Introduction
Zombie Escape is a custom gamemode that cap be played by using the legacy browser and choosing a “Zombie Escape” server. Maps used in this gamemode typically have the prefix ze_ added to them.

Zombie Escape is an active gamemode and new maps and balances changes are made pretty frequently. Info in this guide may not always be up to date.

The premise of the gamemode is that Humans (Blu Team) are trying to escape the clutches of the Zombies (Red team). Blu team typically have human player models and Red have Zombie models.
PLEASE NOTE: There are glitches which can make humans appear as Zombies and vice versa.
Maps are greatly varied but in a typical ZE map you will be made to hold a position while waiting for a door to open or some other form of transport to arrive. 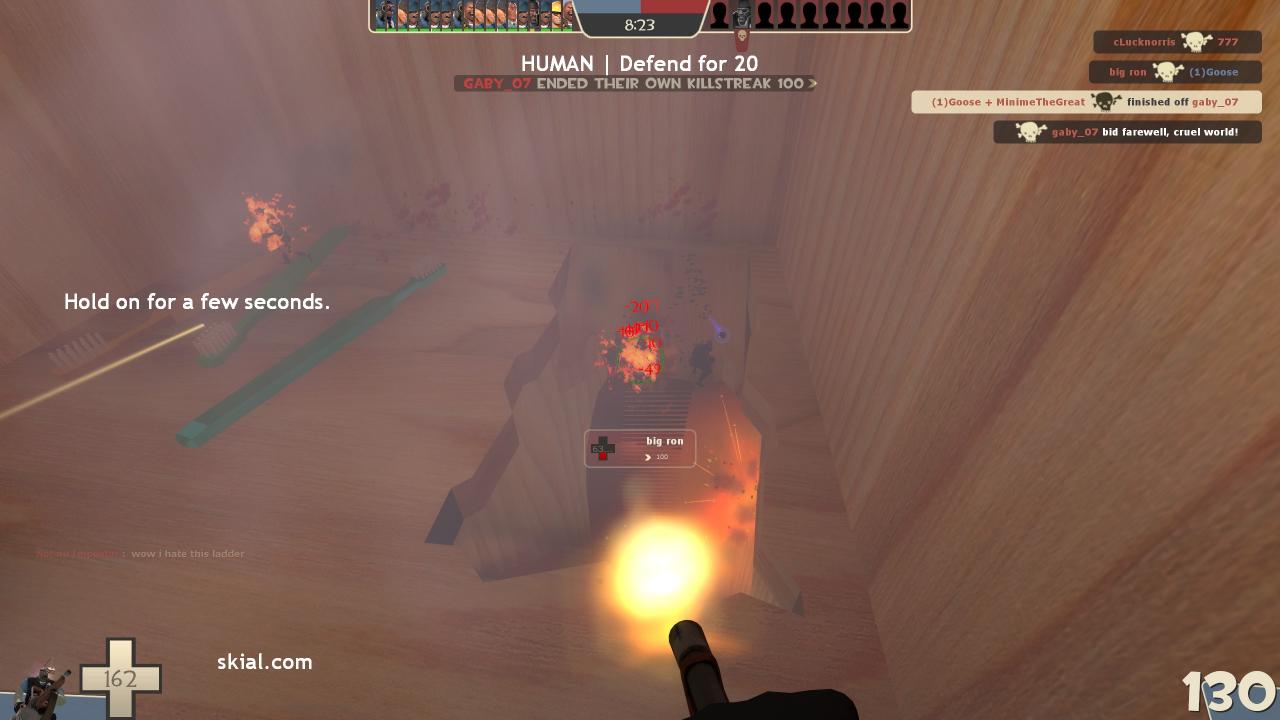 Humans (Blu Team)
As a Human your goal is to escape the map. You may be granted opportunities to sacrifice teammates in order to better your chances of survival but this may backfire as zombies tend to “snowball” and the more zombies there are the less humans there are to shoot them.
Keep in mind that most forms of rocketjumping, trimping, stickyjumping, and sentryjumping are disabled or nerfed to prevent exploits.
REMEMBER: Some maps require you to hit (melee or shoot) a button in order to trigger the count down timer.

Zombies are killable, but have a great deal of health. Due to the gravity settings on most ZE severs (in order to prevent rocketjumping) they take a GREAT deal of fall damage. Try to use this to your advantage when a zombie is in a precarious situation. Zombies don’t stay permanently dead but DO have a respawn timer, meaning killing one is one less you have to deal with for a while. However your main objective is to keep zombies away, not kill them. Weapons that have a great deal of knockback are best for this. In ZE most damage done to zombies automatically applies a temporarily slowing effect like the sandman stun. Setting zombies on fire makes this effect last much longer and is good for slowing down a lot of zombies.

SCOUT
Scout is nerfed and slower than a heavy with the GRUs. The Baby Faces Blaster can be used to regain some of that lost speed, but you are nearly as slow as a soldier starting with it. Bonk! Atomic Punch grants you temporary invulnerability and also offers a speed boost to you and any other nearby humans. Scout’s primary is good for knocking back zombies and pestering them from afar.
In general scout is good at team boosting either with the Bonk or Mad Milk and can harass zombies fairly well.

SOLDIER
Soldier is pretty poor in ZE, his only real use is building up rage with one of his banners and using them during a strategic time. The concherer is typically the most used due to its team speed boosting and healing abilities. The Escape Plan and Disciplinary Action are banned as of this guides publishing.

PYRO
Pyro is very good in ZE. Airblast is great at knocking back zombies and most of his secondaries are pretty useful. Fire is excellent as slowing down a large amount of zombies at once and the Powerjack is good for moving around quickly. Avoid using the phlog or manmelter though. 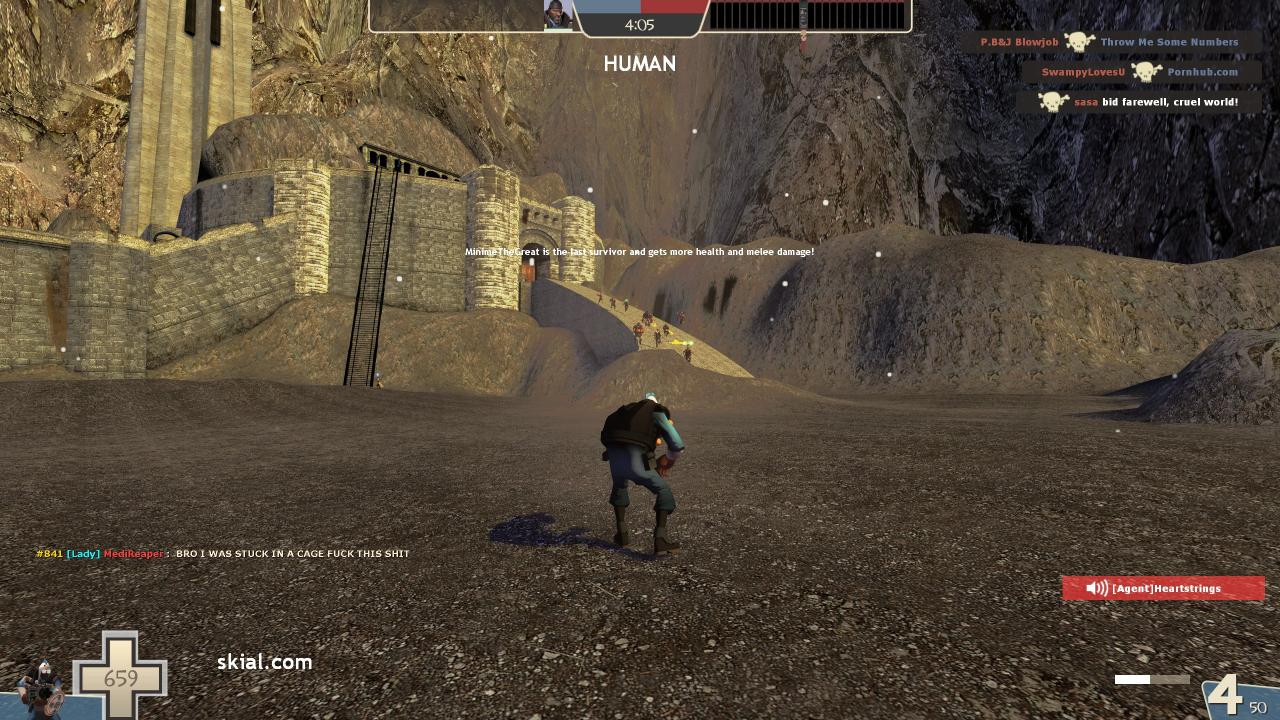 DEMOMAN
Demoman is fairly average in ZE. He has an important ability as a human though, if Demo equips a shield and has full charge meter he will gain a short time of vulnerability when hit. This is mutually exclusive with the charge and if your meter is empty the ability does not work. As for weapons, use the Iron bomber as the Loose Cannon is banned. The Claidham Mor gives you a bit more charge as well and is good for getting around.

HEAVY
Heavy is great in ZE. The Gloves of Running Urgently are heavily buffed and make Heavy the fastest class in the game. Heavy is great for holding back large groups of zombies and can take the most hits of any class before turning. Avoid using the Brass Beast as it slows you down too much and the Natascha is redundant.

ENGINEER
Engy is also a pretty great class in ZE. You can ONLY use mini sentries but they are great at focusing down and pushing back the closest zombies. Dispensers are also great for healing teammates and acting as artificial walls. Try placing your buildings in chokepoints like doorways to slow down zombies. Note that standing on your buildings will destroy them and you cannot build teleporters.

MEDIC
Medic is super slow unless healing someone. He is a must have on maps with bosses and his needle guns are pretty good at knocking back zombies. Use default or quickfix medigun and Amputator for the area of effect heal.

SPY
Spy is good for outright killing zombies. When you backstab one you get a speed boost as well as uber for a short time. The primary revolver is good for knocking back individual zombies. Cloak and Dagger is banned.

Zombies (Red Team)
As a zombie your goal is to kill all the humans. All classes, except for Demoman have a special zombie ability that you can activate using the “call for medic” button (default is “E”). It takes around 1 minute to recharge but recharges faster if you take non fall damage.

SCOUT
The fastest zombie, special ability provides a speed boost to you and your teammates. 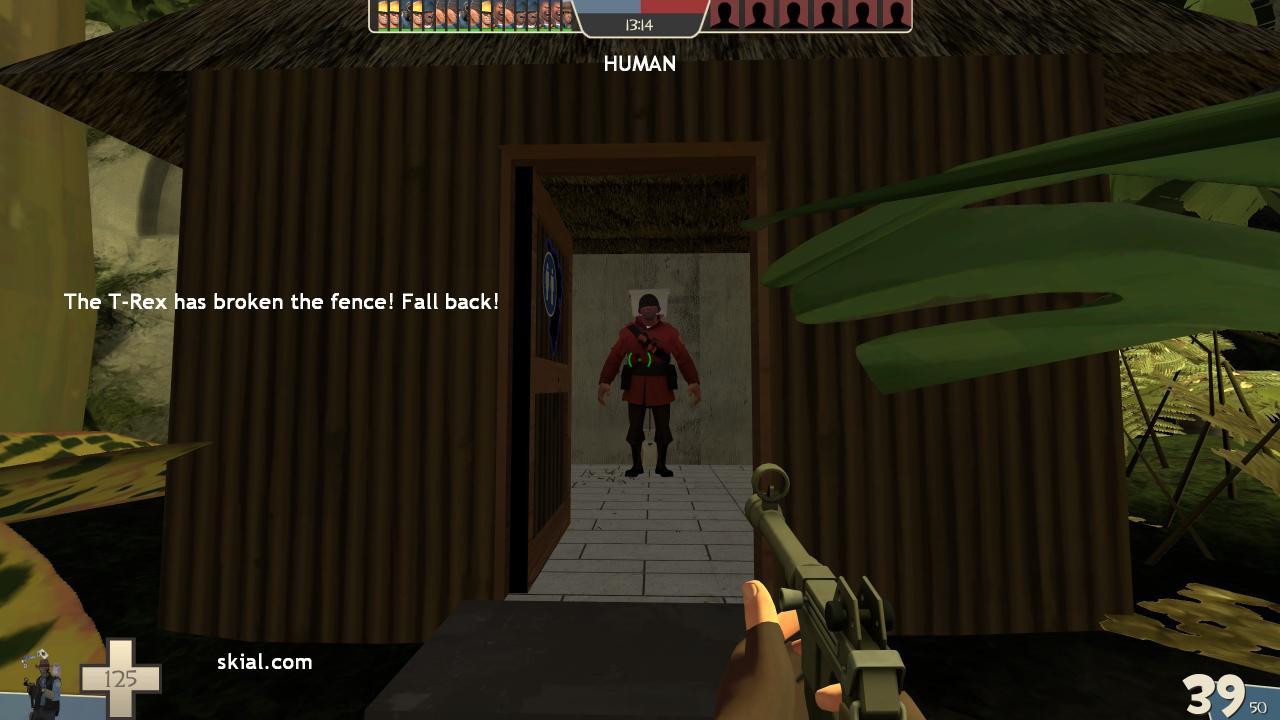 SOLDIER
One of the slowest zombies, doesn’t take as much knockback. Special ability is releasing a “fog”.

PYRO
One of the faster zombies. Special ability takes down 99% of health and makes you explode into a fireball on death. Setting humans on fire.

DEMOMAN
Can use shield charge when having a shield equipped. Otherwise has no ability.

HEAVY
Special ability is to freeze in place after a short period.

ENGINEER
Special ability is to stun nearby humans and disable buildings.

MEDIC
Special ability is to cause an area of effect bleeding effect on humans.

SNIPER
Special ability covers humans in jarate. Good idea to use the Bushwhacker for a lot of damage.

CSGO may be the most popular game all over the world in the last ten years. there are many servers for the player who comes from the...

A useful guide for those who want that distinctive edge over their competition. This guide covers the default headshot damage, firing...

This guide is to help others on getting achievements, although, the guide may contain mistakes or simply lack information on the subject...

No Man’s Sky: How to get the Horrific Abyssal Treasure

This will guide you trough the steps and things you will need for acquiring the horrific abyssal treasure, one of the objectives of Phase 5...

This is a guide for the 7 metagames within the Dread X Collection: The Hunt. While not an outright walkthrough, it'll provide many tips...