The Long Drive: How to Access the Hidden Mod Menu

How to access the hidden mod menu in game using the TV and keyboard.

Did you ever want some sort of mod that allows you to spawn, modify vehicles, or simply fly around but without downloading modifications? If you’re answers yes then do we have some good news for you! It’s all possible! This extensive guide will show you where to begin and how to use this hidden feature.

Obtaining a TV and Keyboard

Before you skip ahead and then complain in the comments “iT dOeSn’T wOrK!”, you need the natural spawning set. Meaning only the TV and keyboard found in the wild will work. The one in the starting house will not work (We’ve tried). 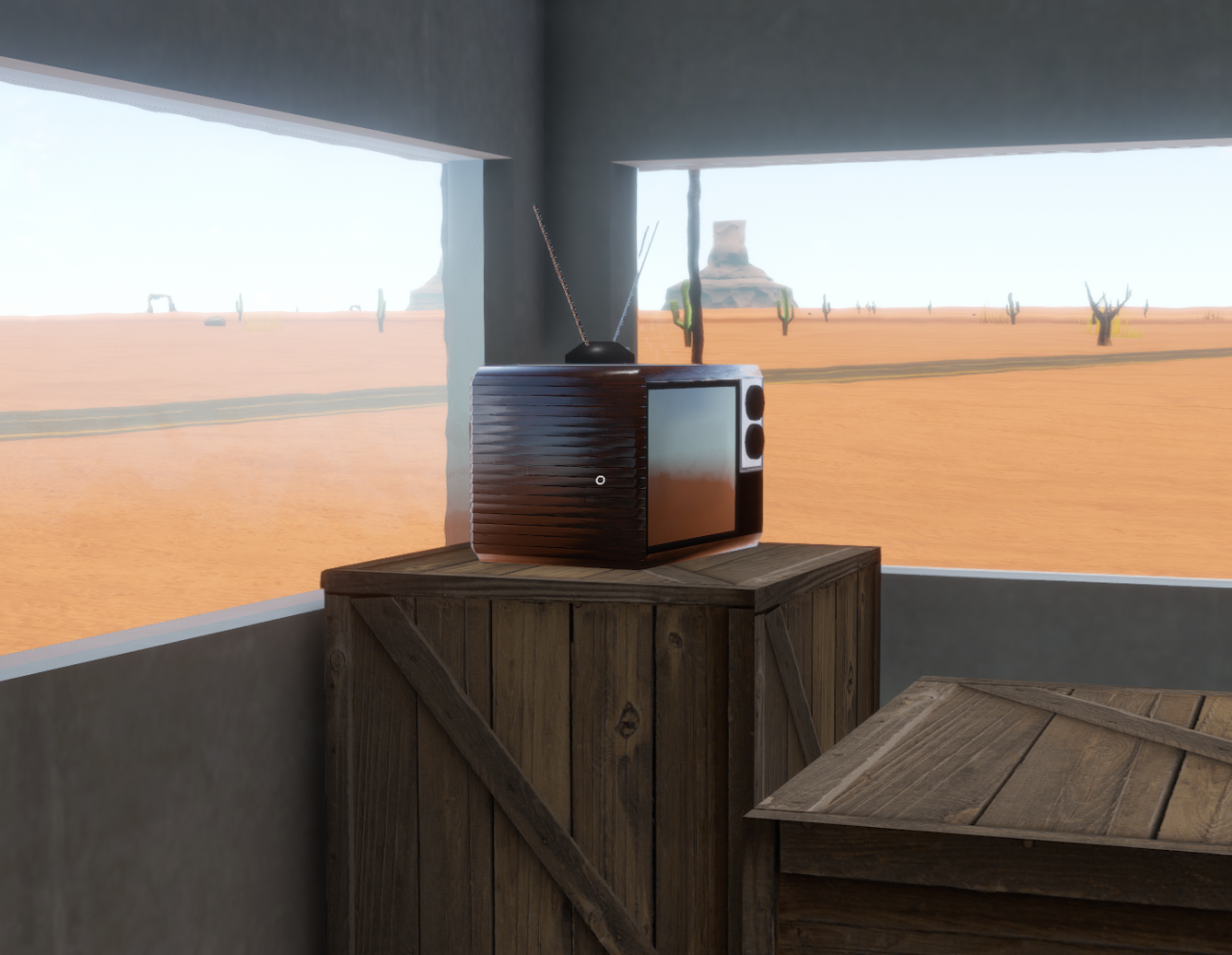 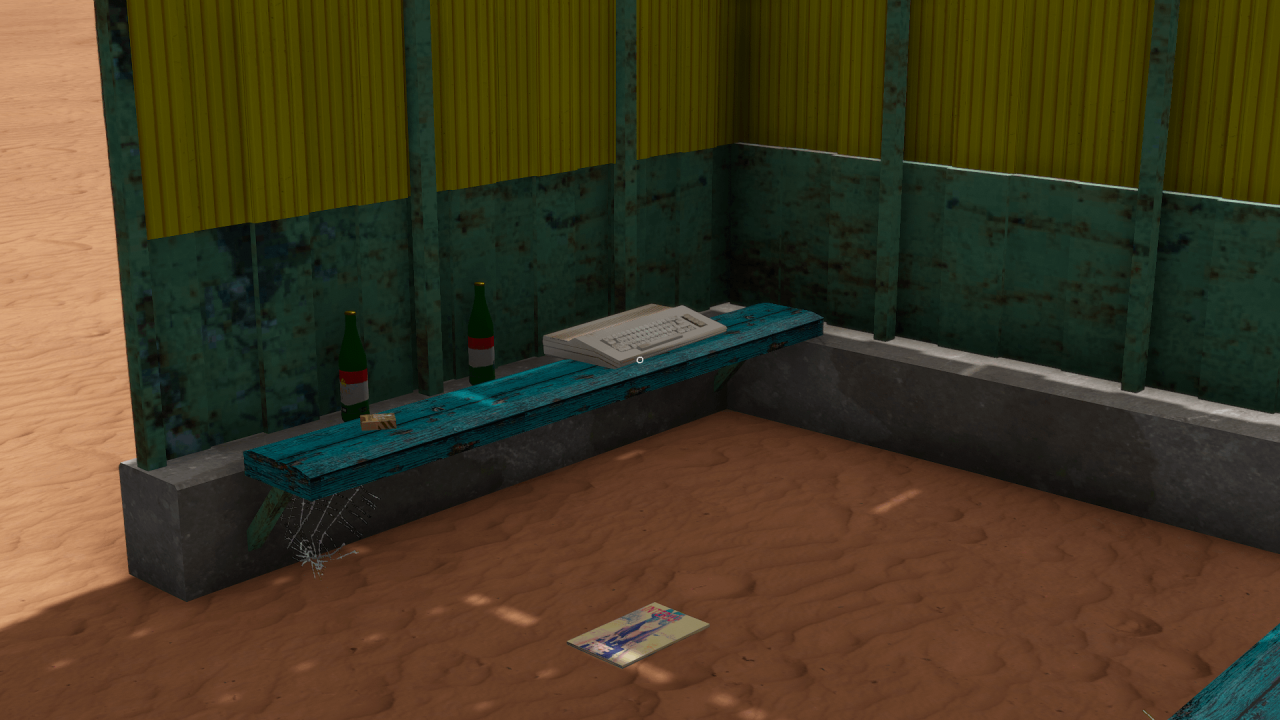 You now need to connect the Keyboard to the TV (location on where it happens doesn’t matter). It would be ideal to place both object on a crate so you’re not crouching to see what you’re typing. 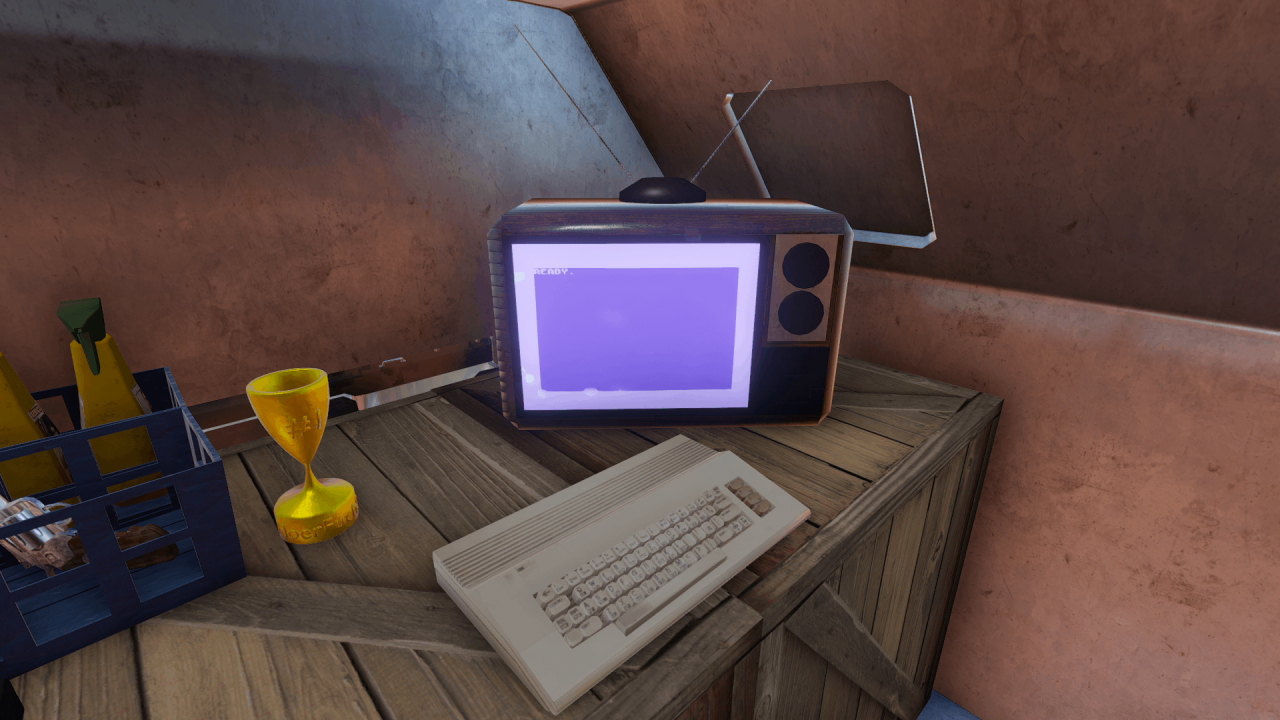 Once you’re done and you see “Ready.” on screen, type in the following: 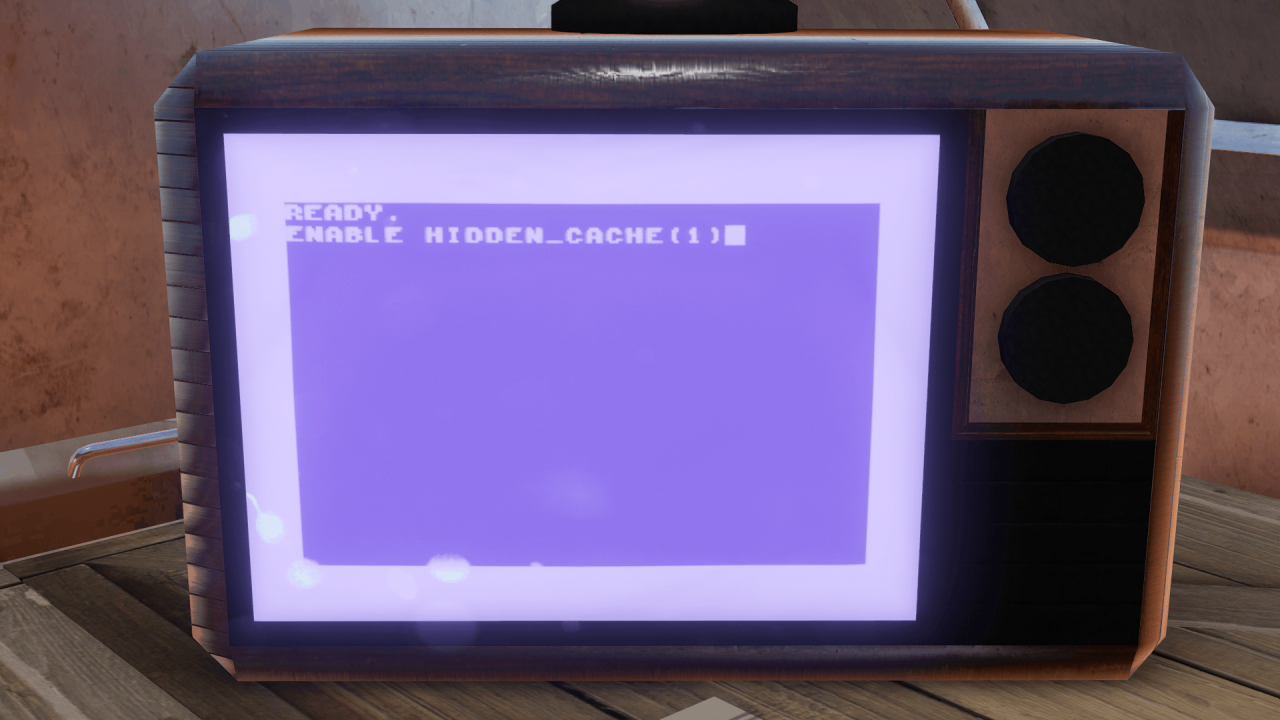 you’ll be greeted with this: 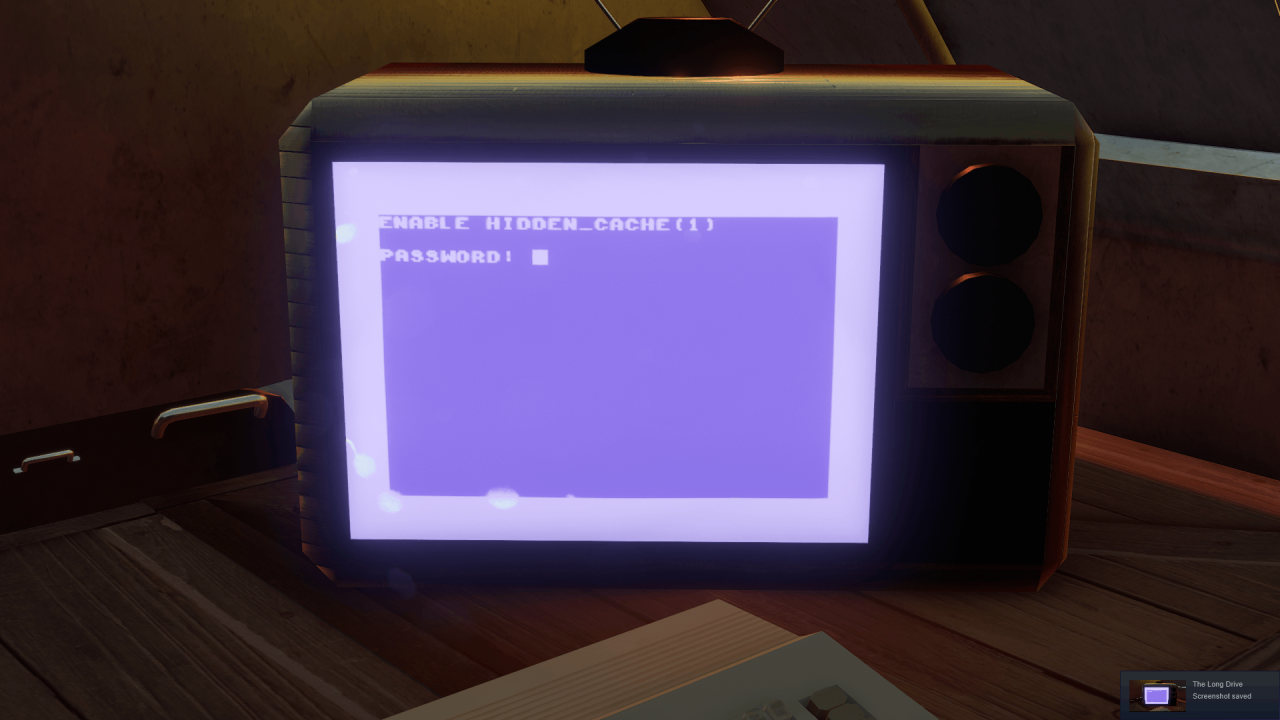 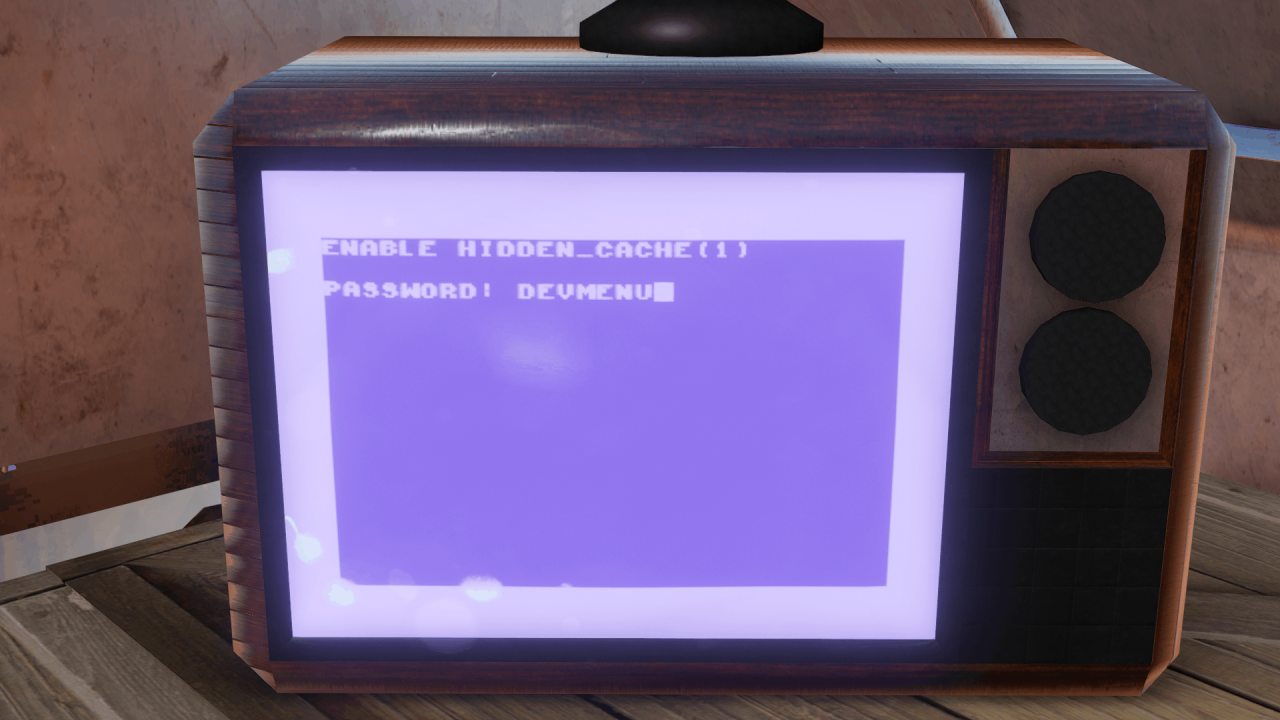 press “enter” on your keyboard once you typed it in and a “loading screen will pop up. 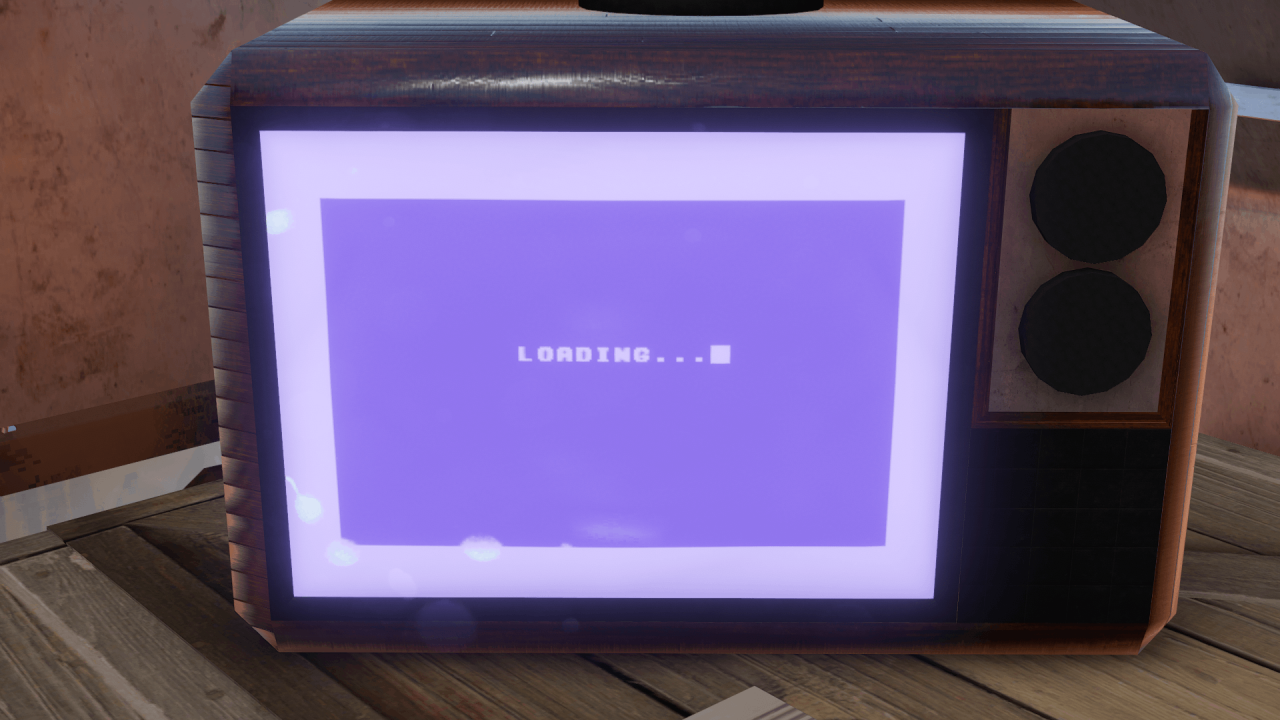 Loading times will vary. They can take anywhere from a few seconds to about a whole minute.
Now that the loading is done. You will be greeted by this on screen: the mod menu. 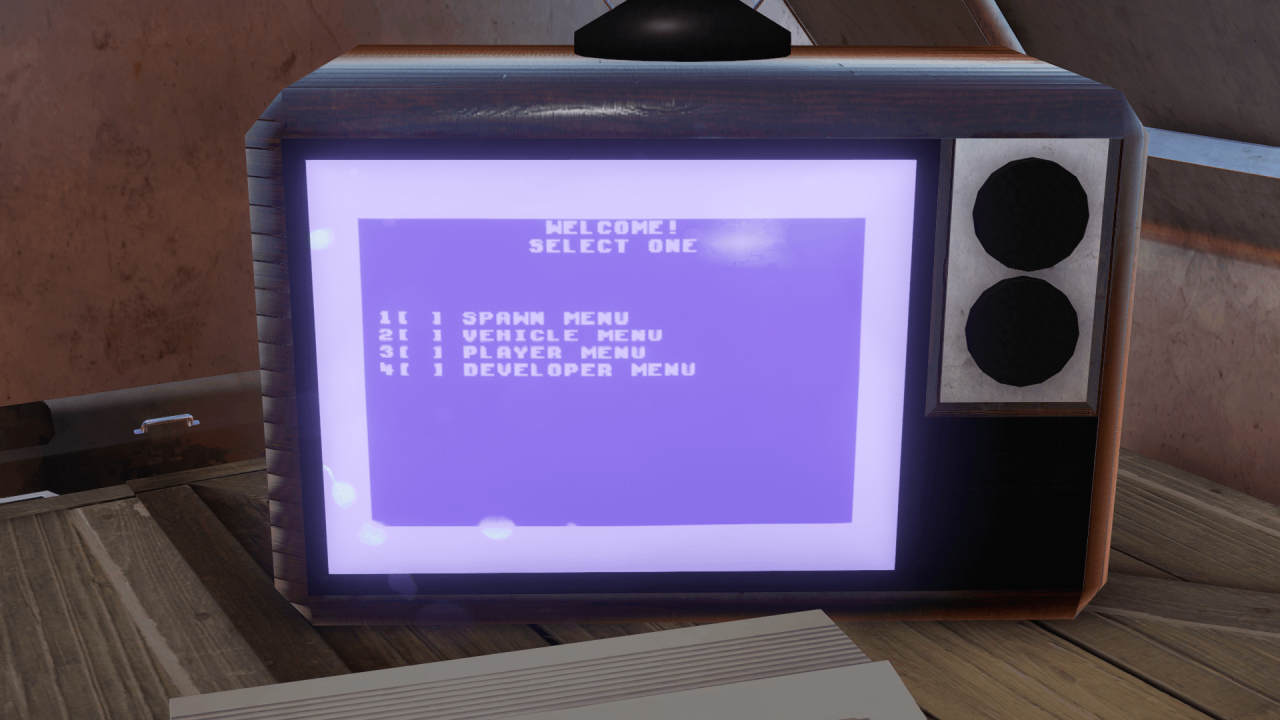 You will need to use the numpad to select whats on screen. For this demonstration, I’m going to select number 1, the Spawn Menu. 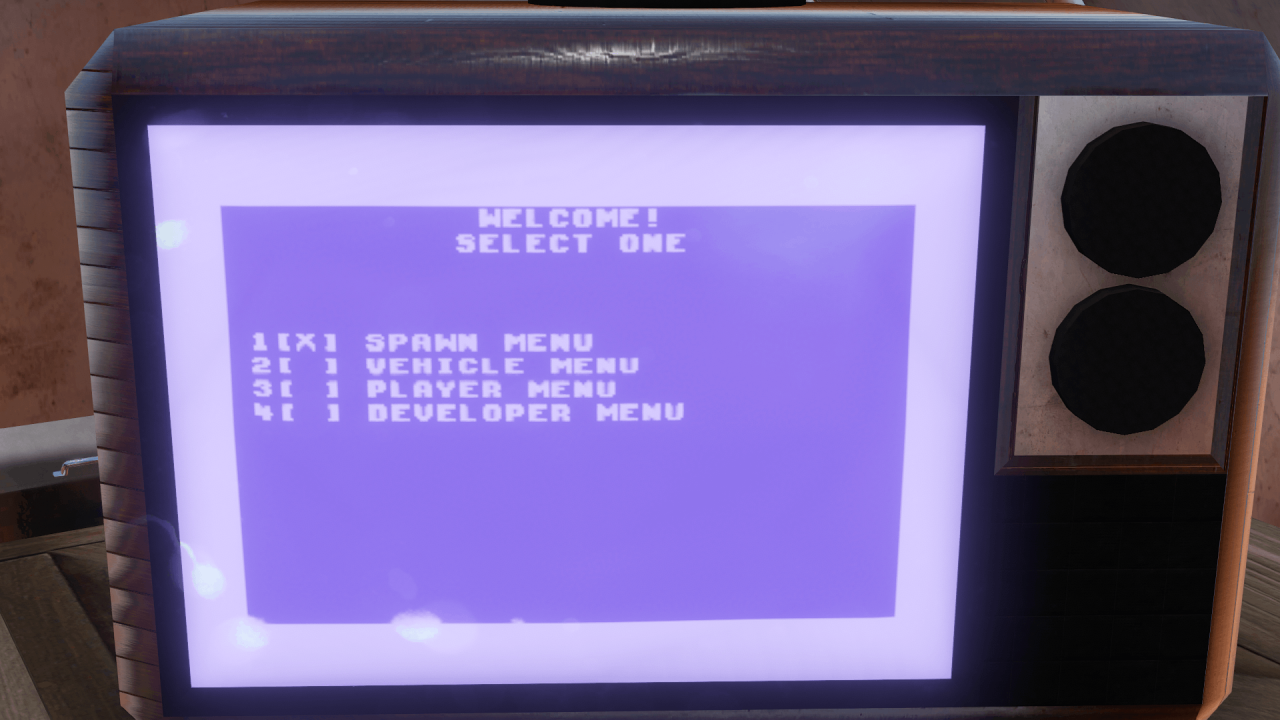 Once you have selected “Spawn Menu”, press enter and move everything outside (for space purposes). The Spawn Menu will look something like this: 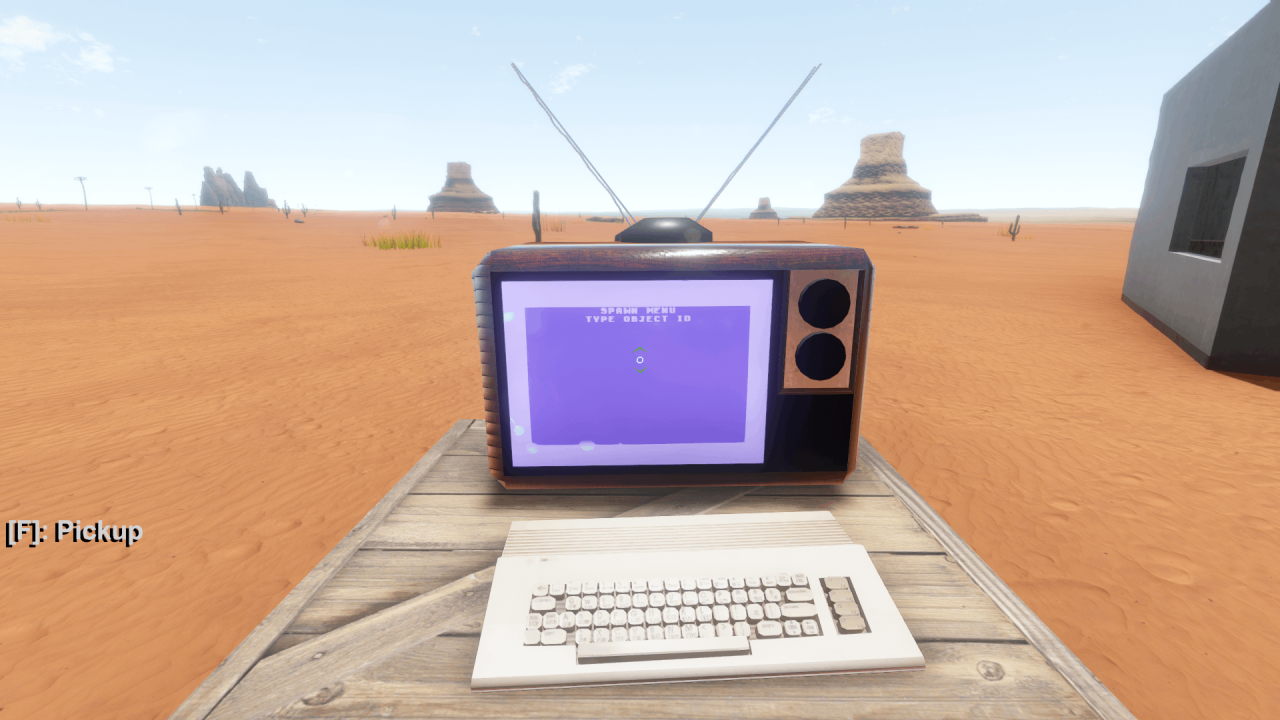 How to use the Spawn Menu

Now for this demonstration, we will begin with a simple box. type “box” on the monitor and press “enter”. A box should spawn behind the monitor and fall to the ground if its levitated by anything. 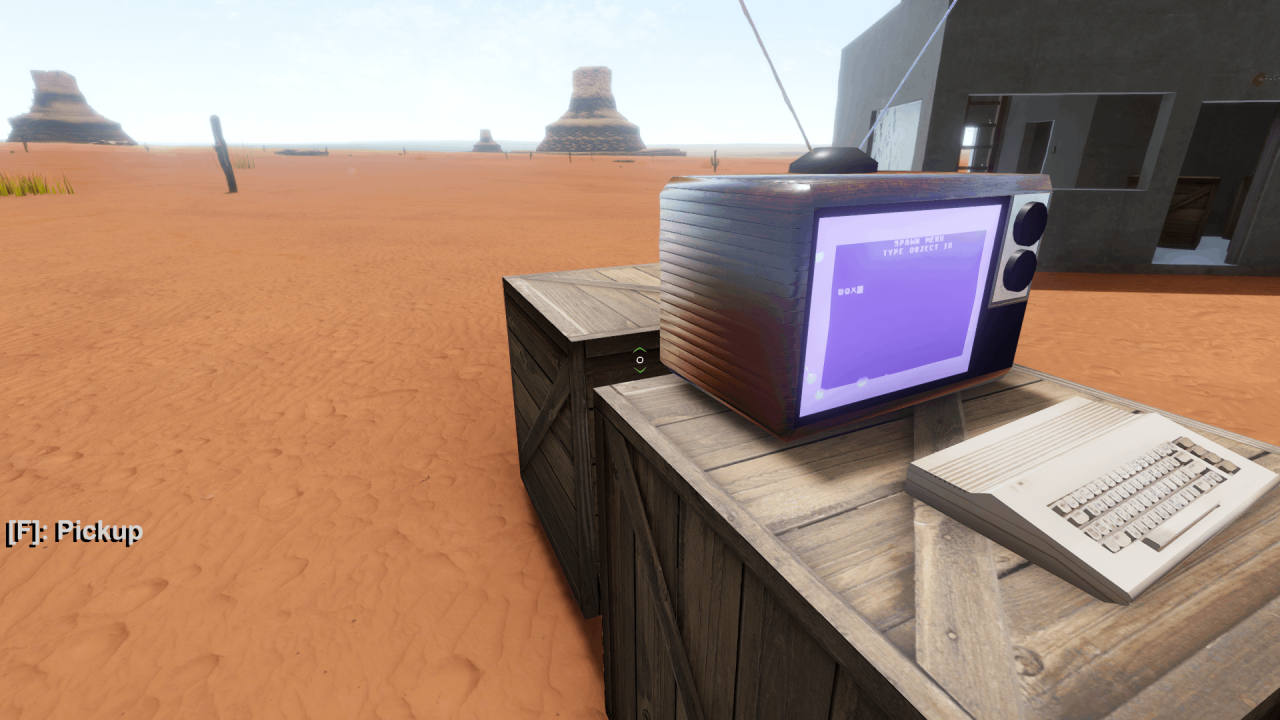 Now, lets move on to something more complex. We will spawn a Dacia for this next example. 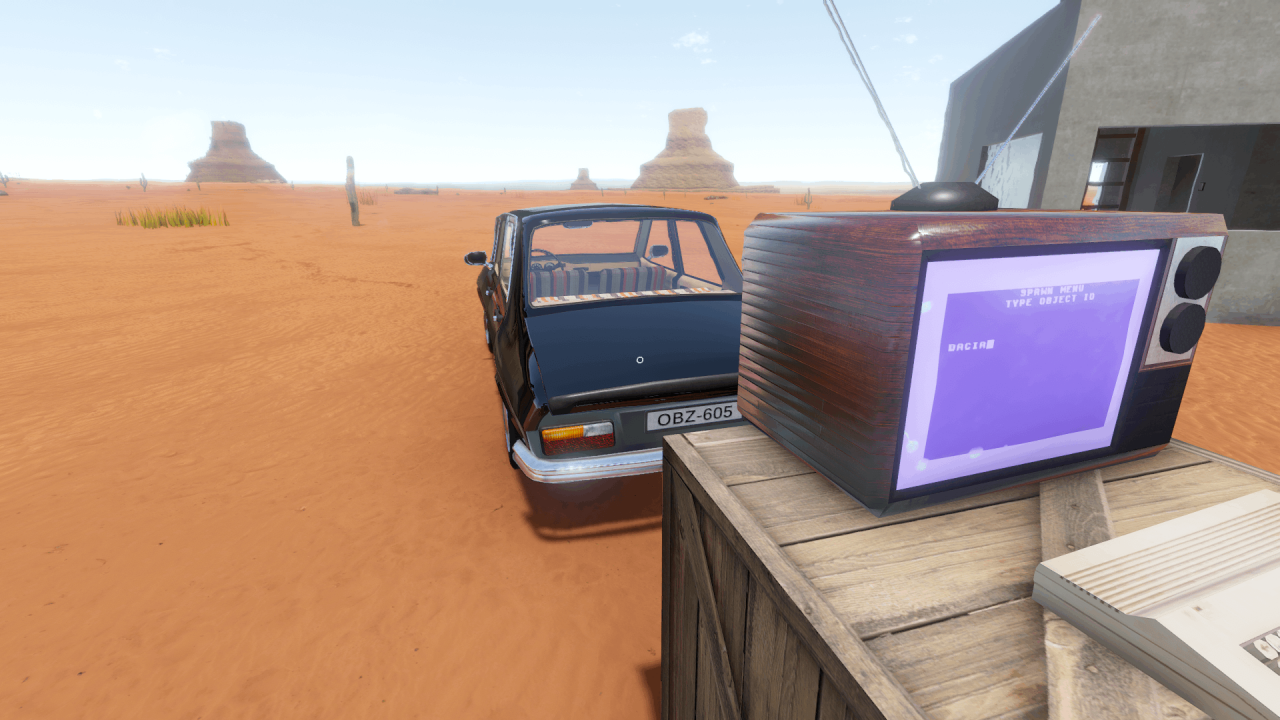 all vehicles spawned will have black paint. However, we can change that. Lets spawn a white Dacia this time. 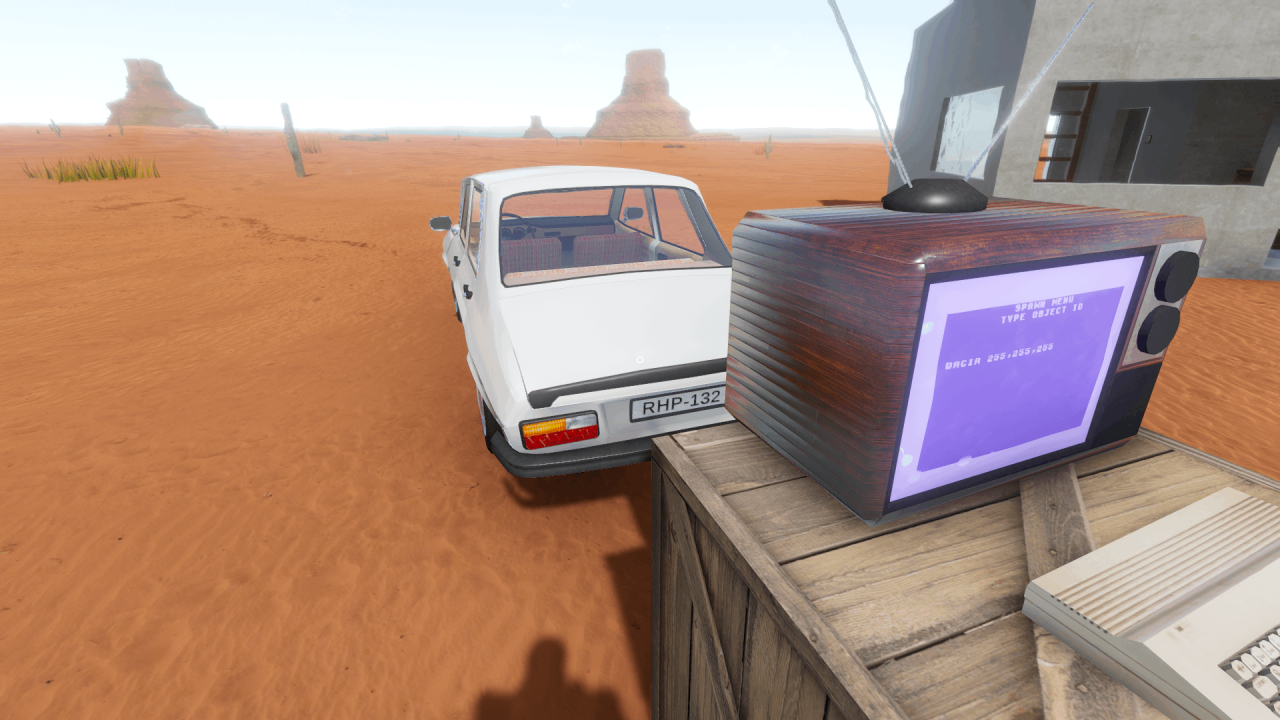 We can also give the Dacia a more…. Rustic look by adding “R:” following a number between 1-4. 4 will give it 100% rust while 1 will give it minimal rust. Leaving the Color value set to white will reveal white paint when using the brush and spray bottle. 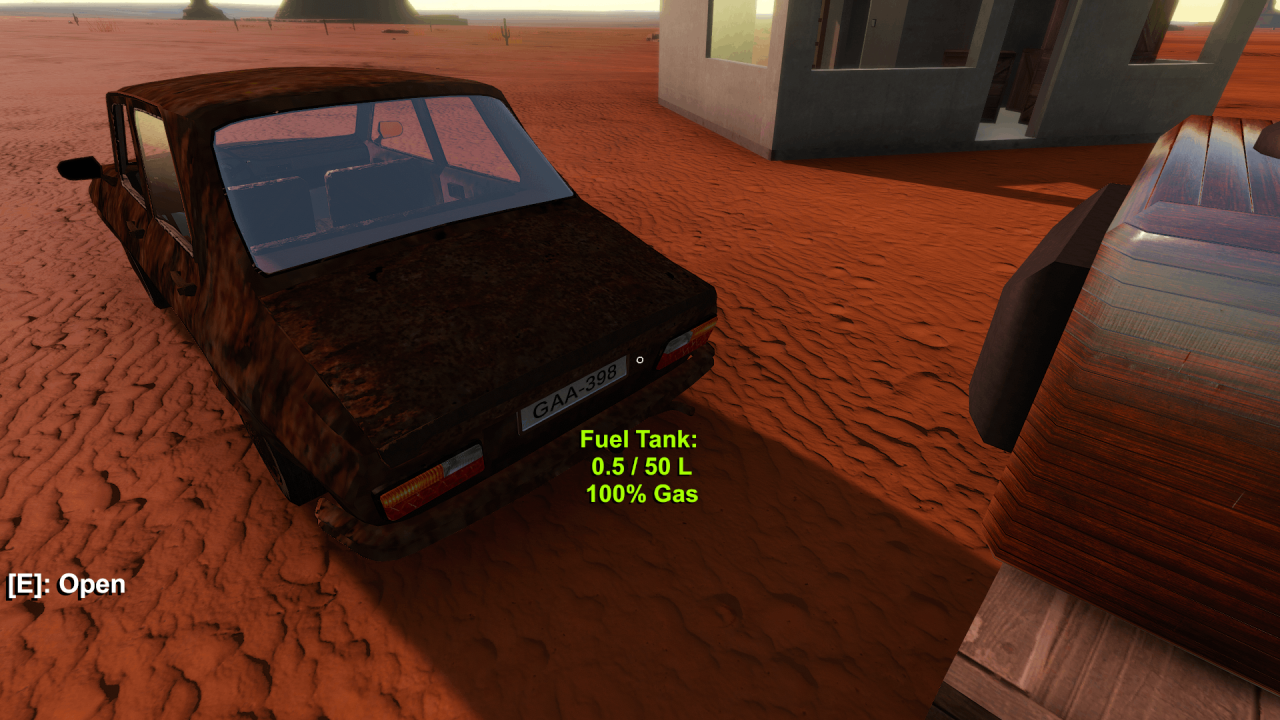 All cars will spawn with 0.5L of gas bu default. We can, however, fix that as well as increase the size of the gas tank by adding “G:” following a number between 5-150. Lets spawn another rusty Dacia but allow it to hold 50L of gas. 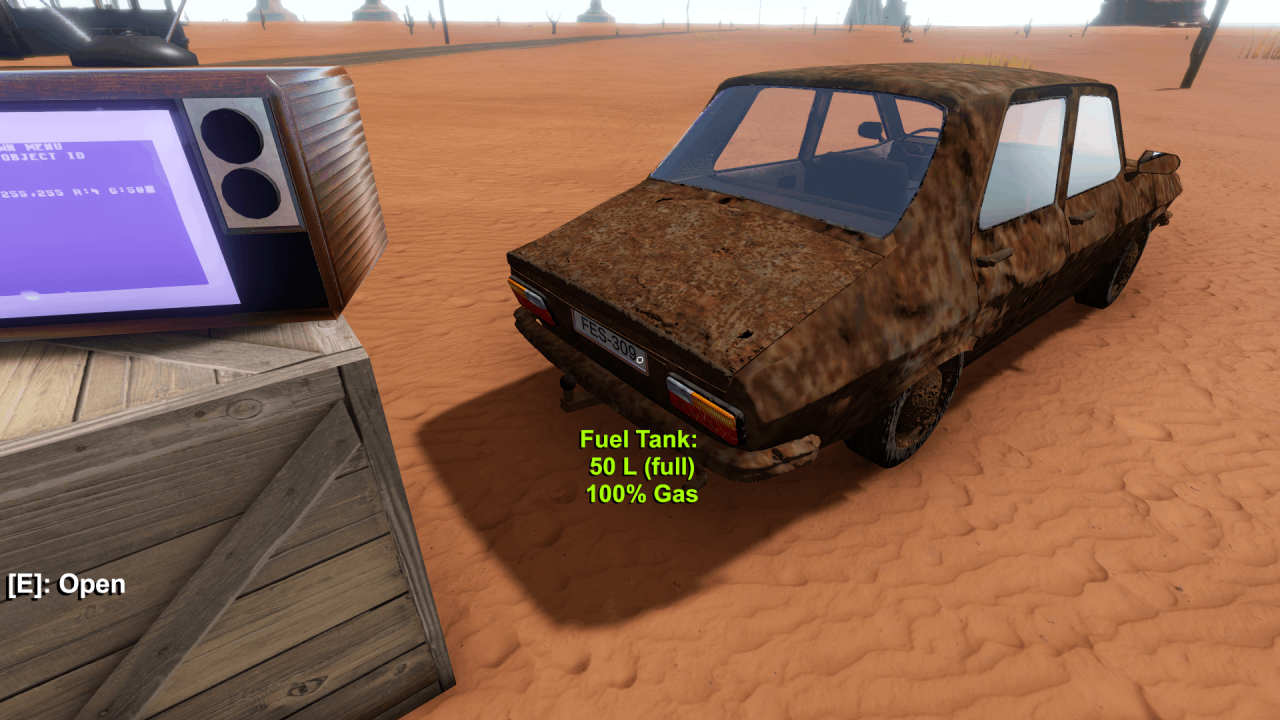 This also works on weapons. However, If a G value, R value, and a Color value are assigned, revolver will not spawn. Only apply the R value for weapons such as the BB gun and the AK. Here is a revolver for testing sake. 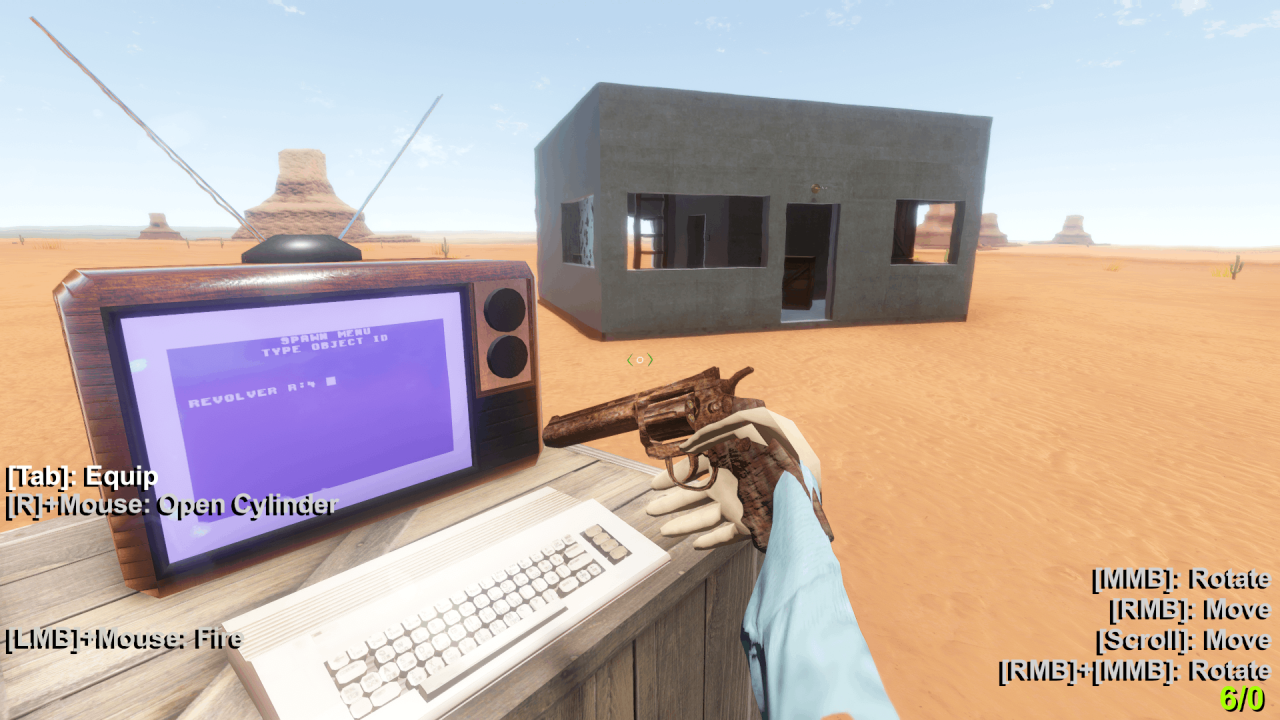 – Loading a save will break the TV. Meaning if you already have a TV and a Keyboard, you will need to find a new set to get the menu working again.

– Dev Menu will crash your entire game 50/50 when trying to access.

Thanks to Wet Water for his great guide, all credit to his effort. you can also read the original guide from Steam Community. enjoy the game.