A reference to The Tool Game

Beginnings of The Tool 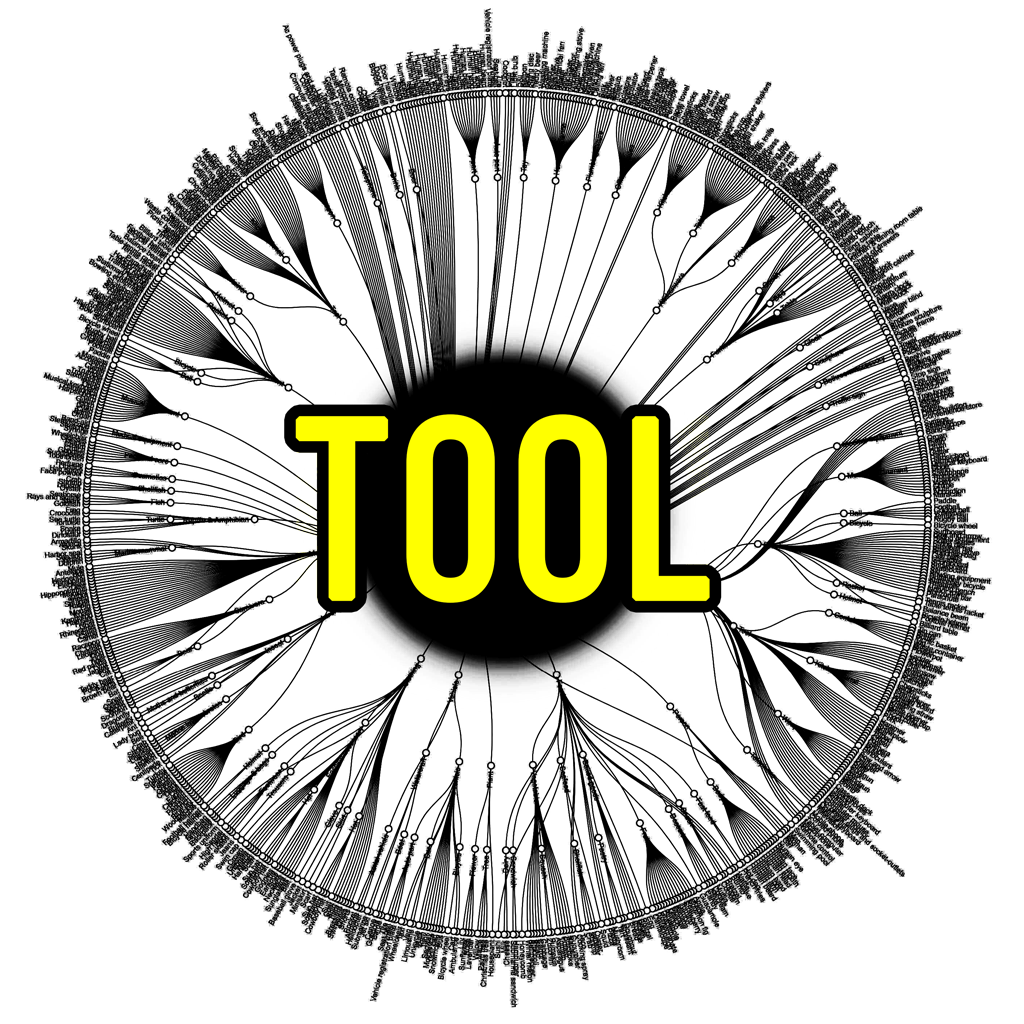 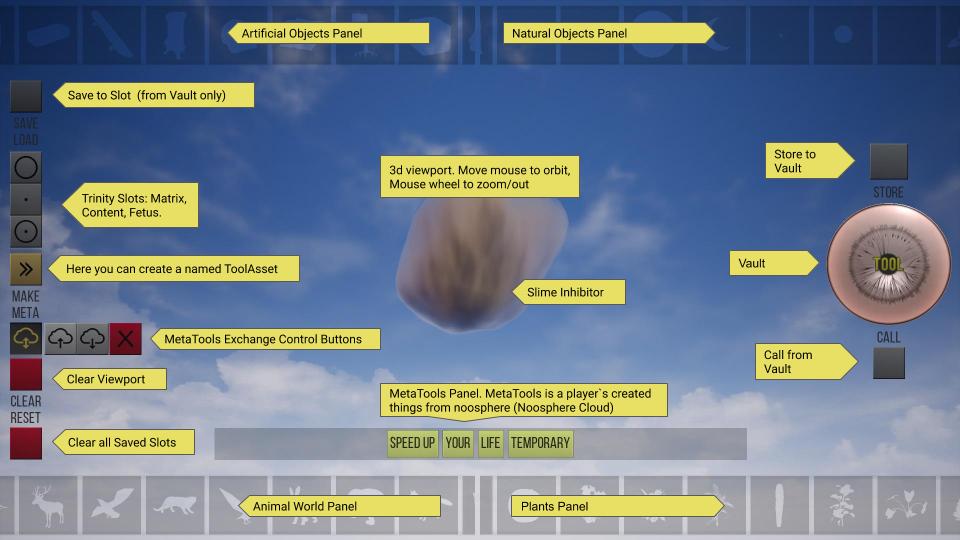 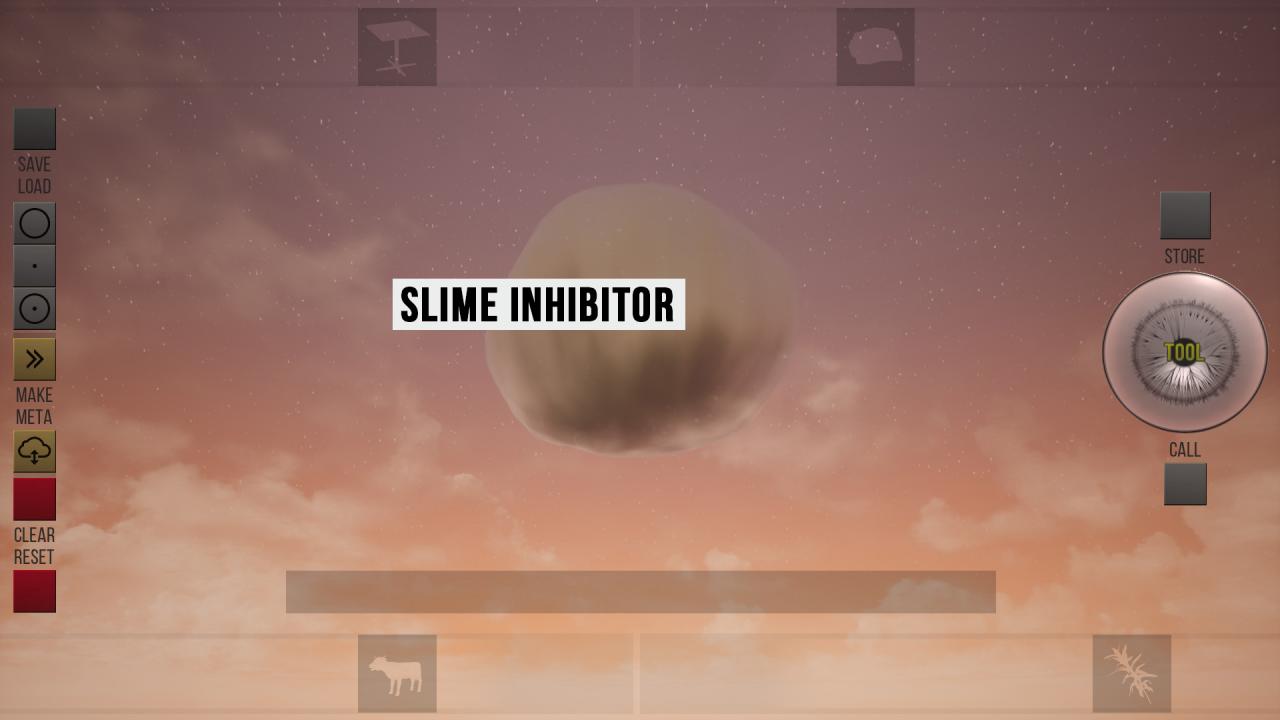 There are only few objects in the Objects Panel at the beginning of the game, but the more you progress in creating and saving tools, the more objects will be available. In the central part of viewport you can view Slime Inhibitor the basic element of world matter. Move mouse to orbit Slime and scroll mouse wheel to zoom/out. 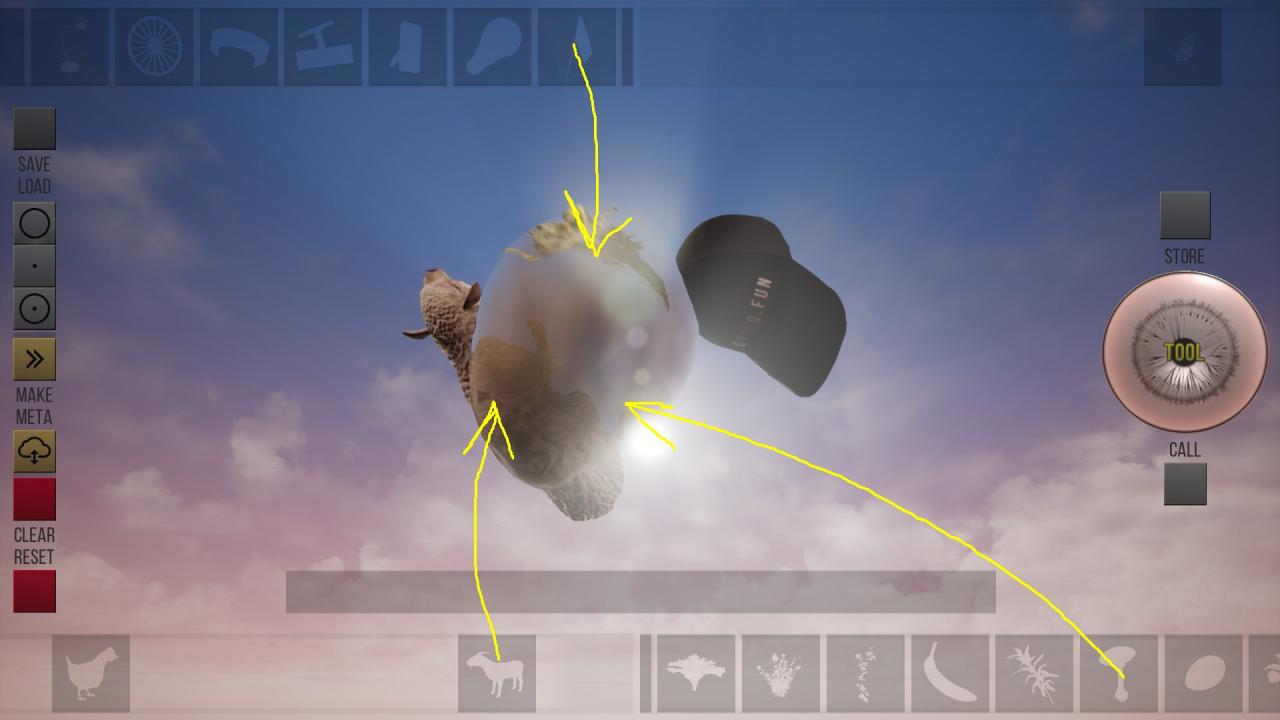 Drag and drop an object icon to the center of the Slime Inhibitor, and you create your first object. You can combine objects and create Tools. All objects have different mass and different gravity to the Slime Inhibitor. Move, simulate, experiment, observe! Have fun! Press Clear button to clear screen. Press Store button to store object to the Vault for future save. Press Call button to call objects from the Vault. Let`s try it! 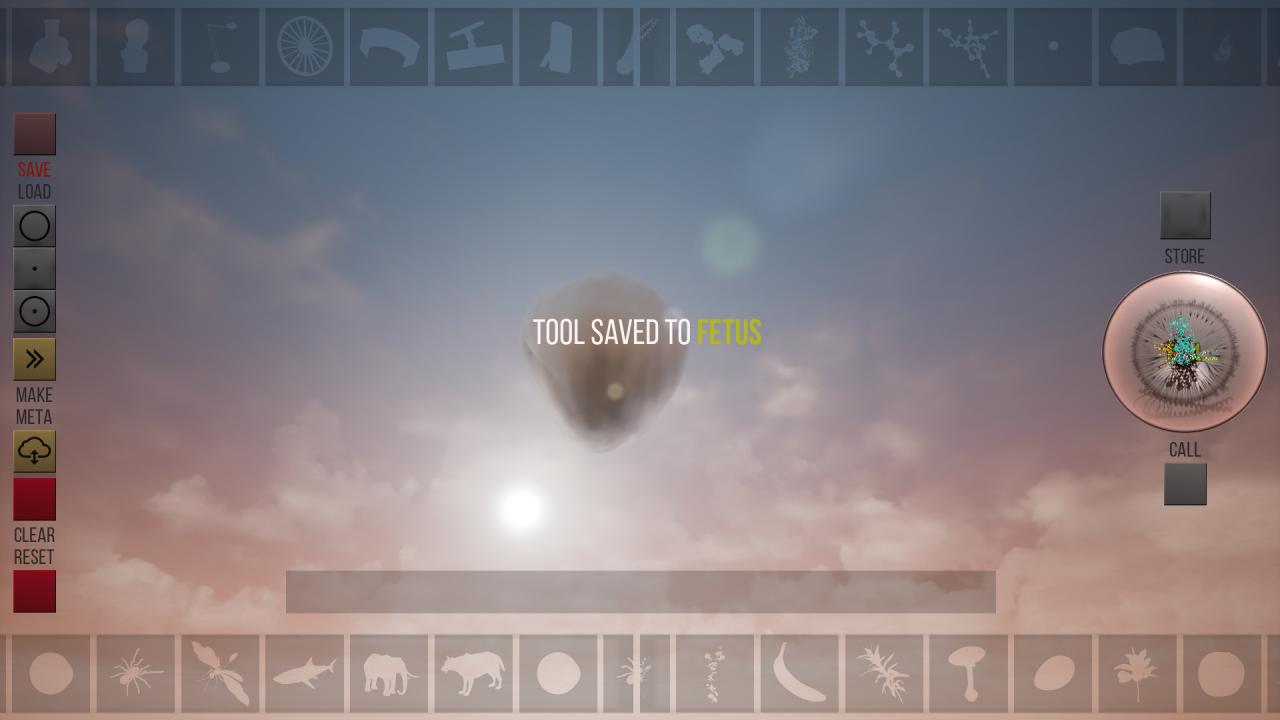 When the Vault is full, you can save objects into trinity of slots: Matrix-Content-Fetus. Place objects in The Vault and press on the Save button. You completed the Matrix slot. Create two sets of objects and save them in the following slots (Content and Fetus)

– these buttons calls saved sets on the screen. If you made a mistake, press the Reset button. Reset button will erase saved sets. 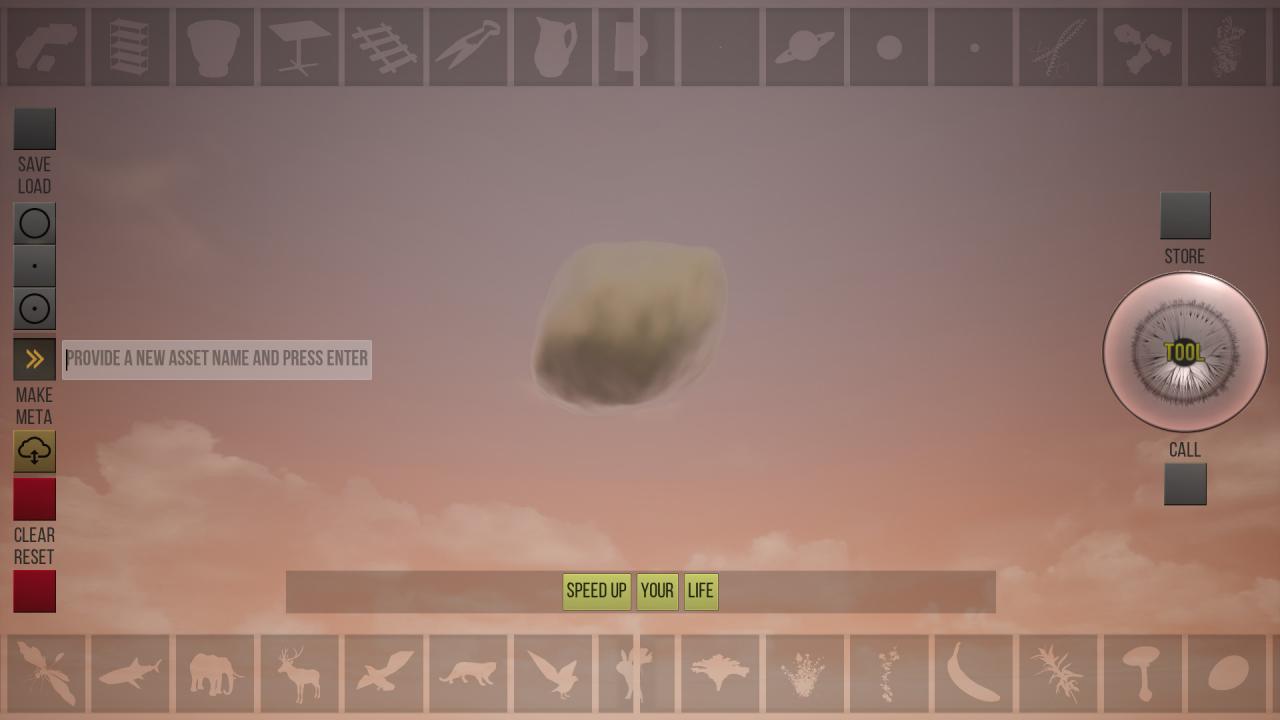 Now you can name your first ToolAsset. Right to Make button provide a new asset name and press enter. Congratulations! You create your first named ToolAsset! 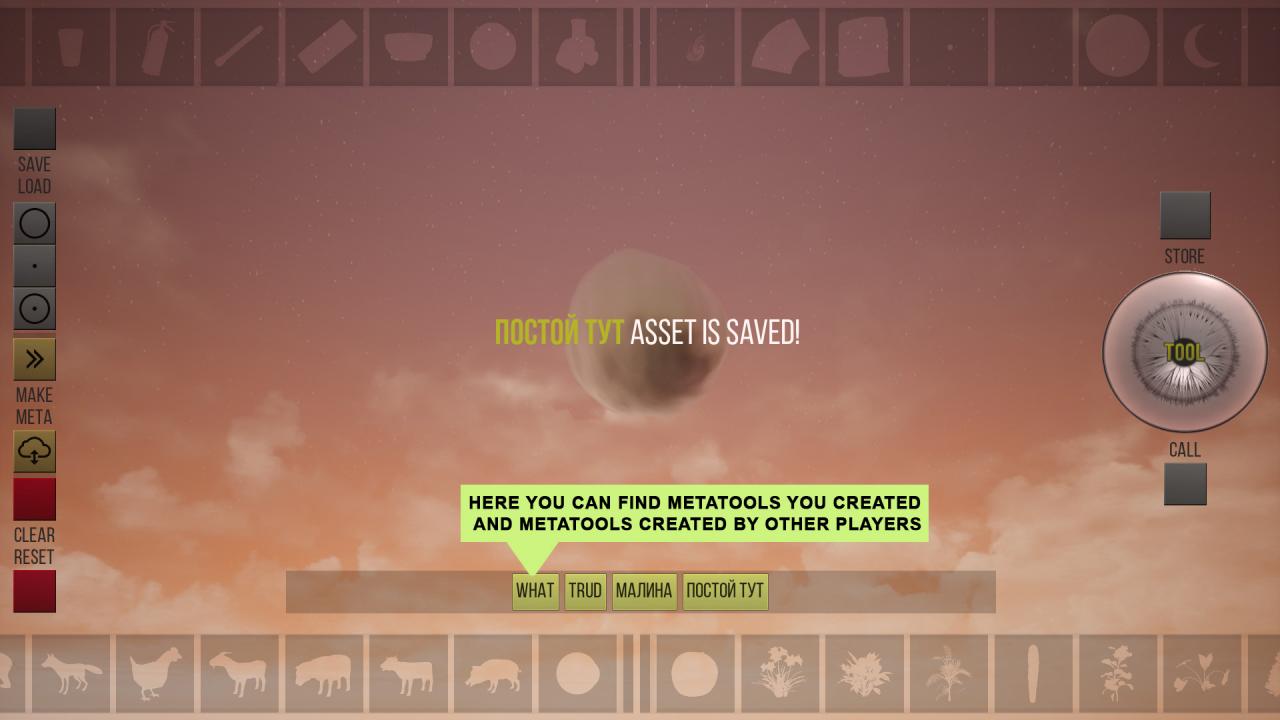 Chains called MetaTool are created from the ToolAssets containing sets of the Tools. Only MetaTool can be transferred through the Noosphere Cloud to other players, as well as anonymously received. 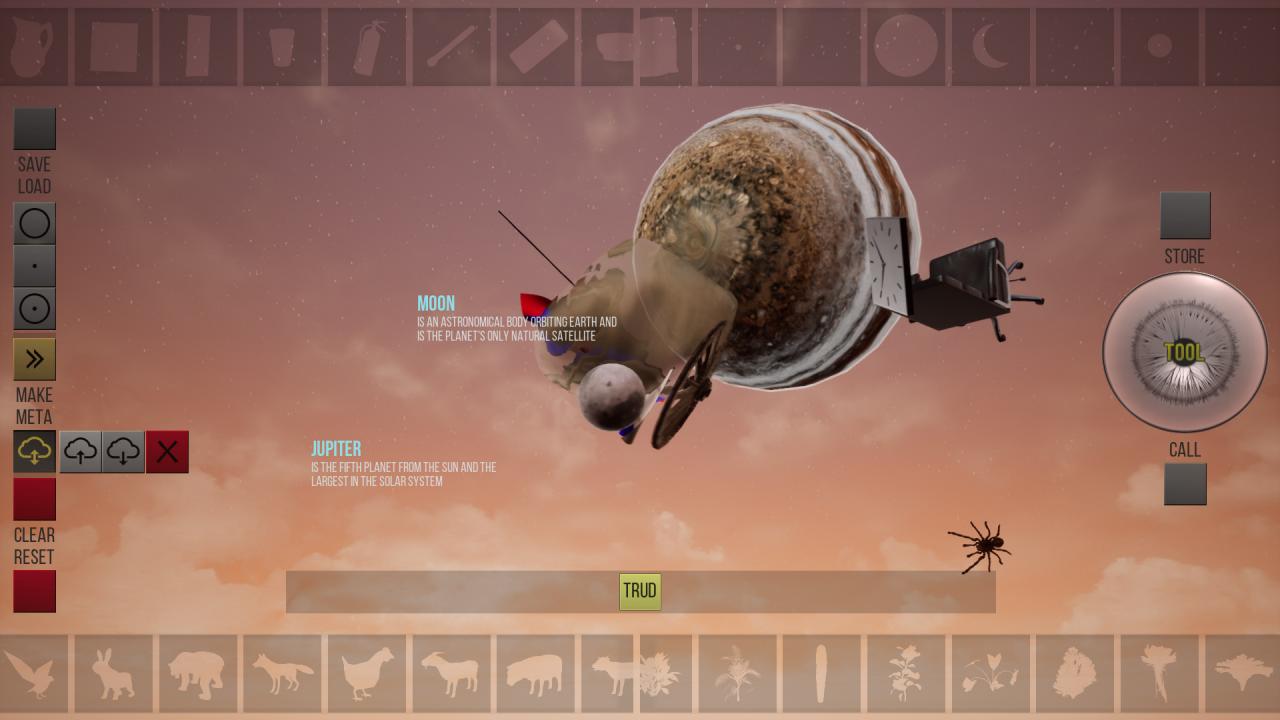 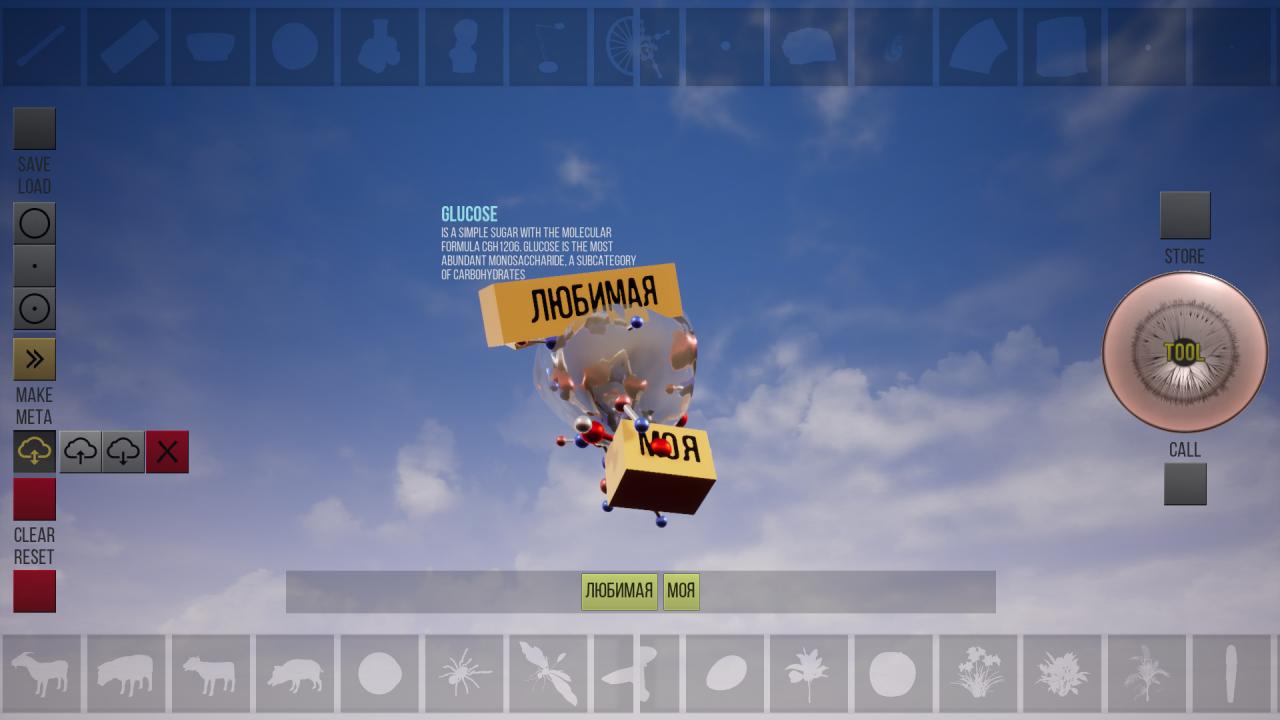 Add a ToolAsset to viewport and press on it. The magic box is unboxed and the Trinity Slots will be filled with corresponding Tools. 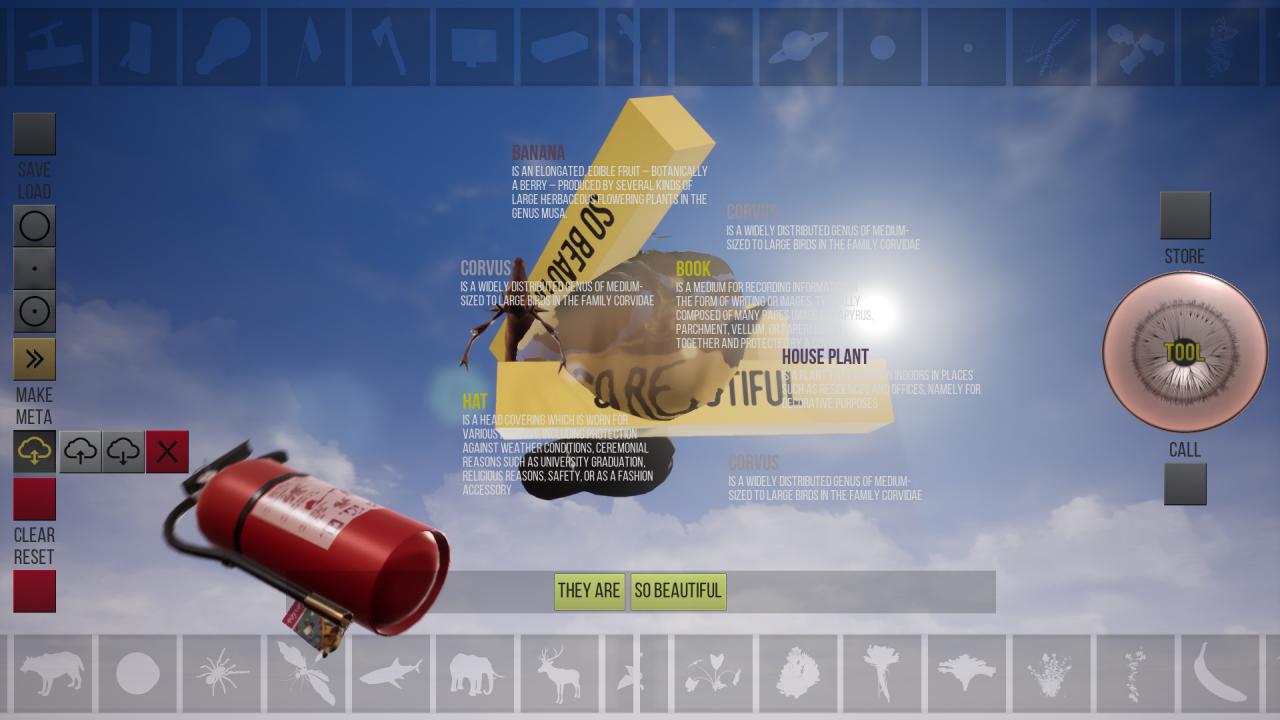 You can combine text assets and world objects. You can upload your MetaTools in Noosphere Cloud and receive MetaTools from other players. Each of these metamessages contains data in text and object fields. 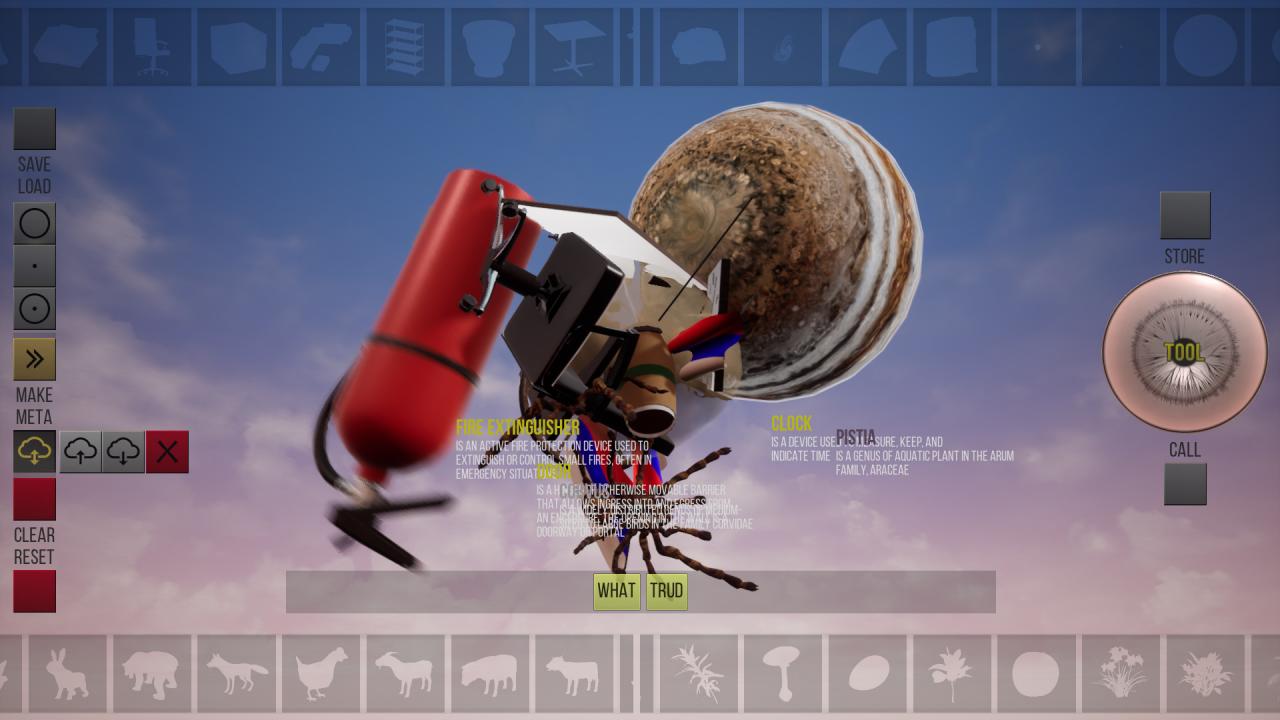 Sending and receiving of MetaTools is the final stage forming a human epistemology in the concept of The Tool Game. 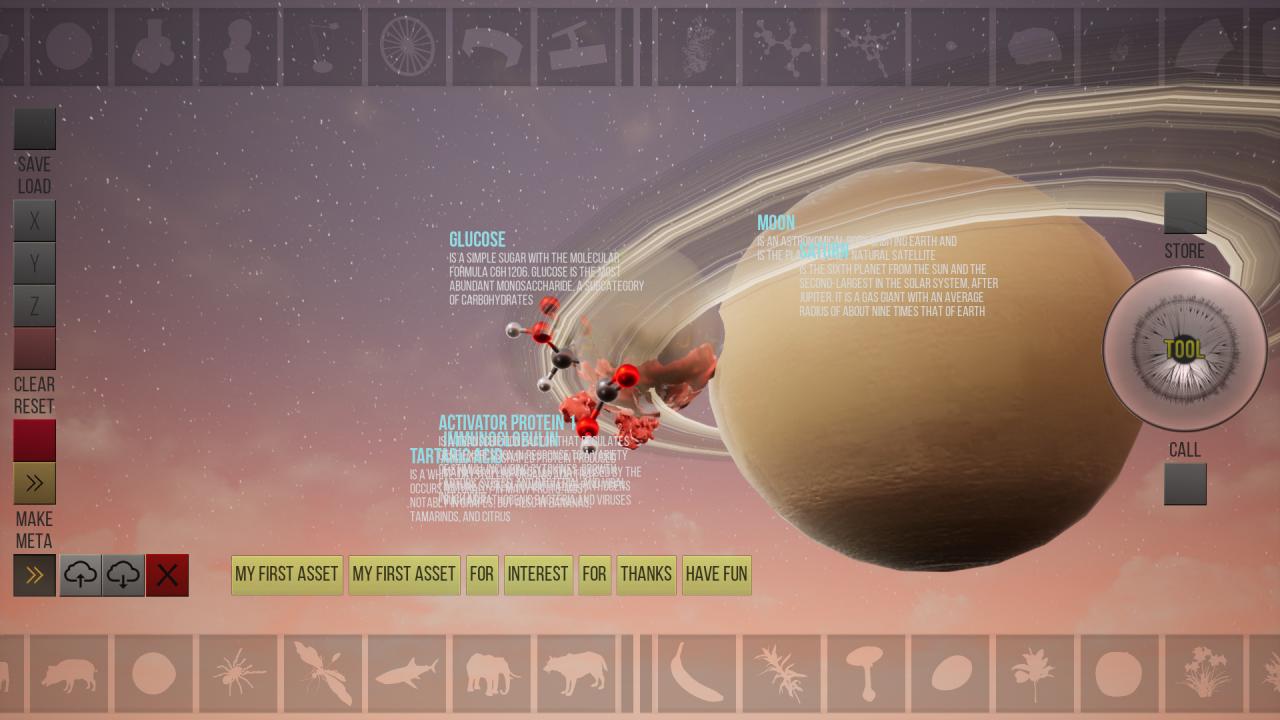 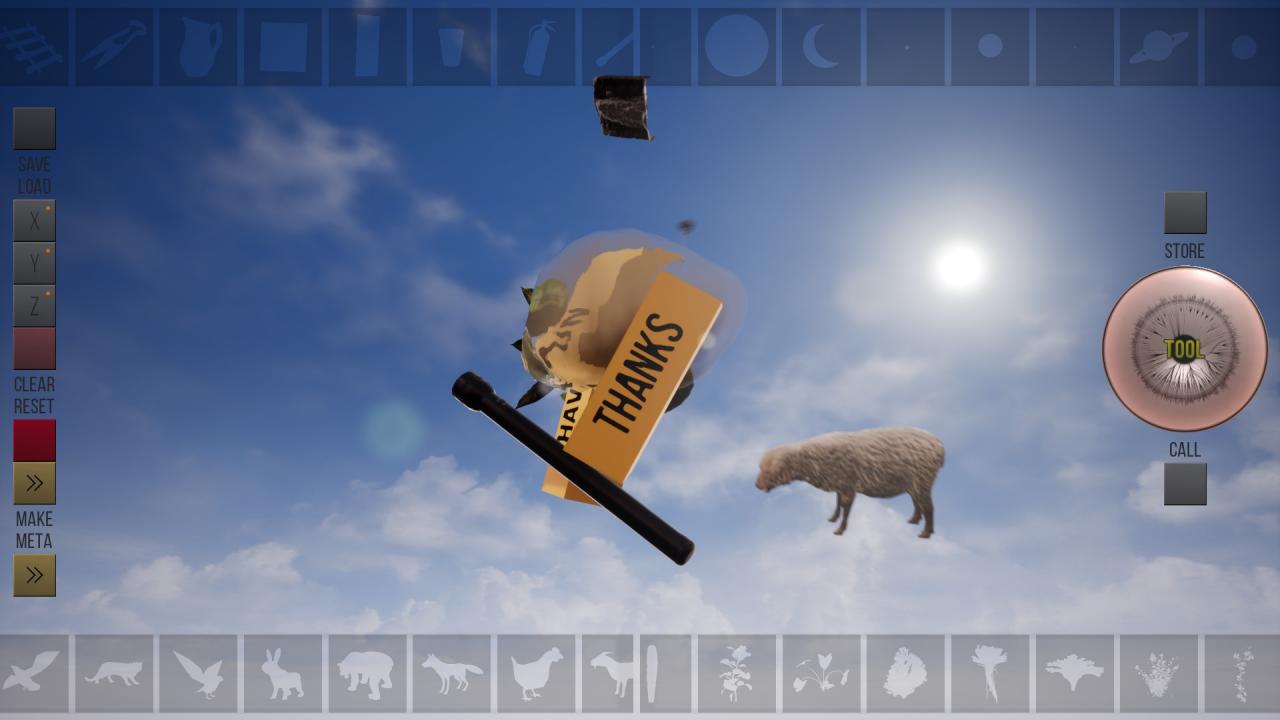 For Quit The Tool press Esc