First of all, I will show your the fundamental dribbling controls in NBA 2K19(PS4&XBOXONE) 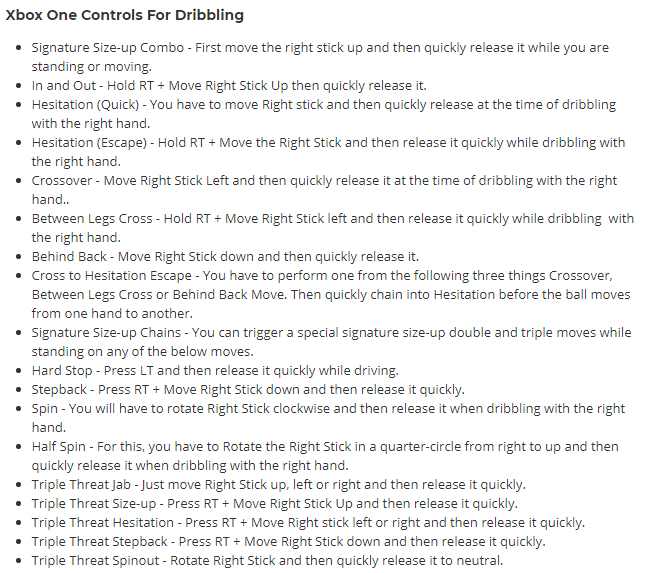 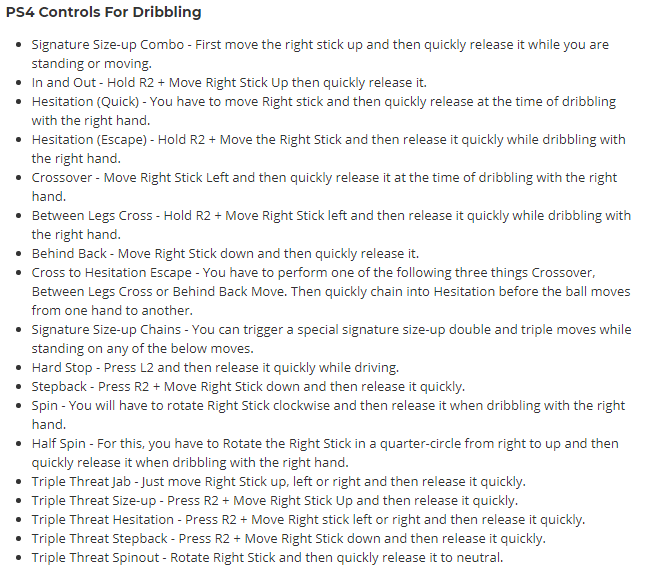 If you has been skilled at the fundamental controls, here you should know that every player has his own signature style dribbling in NBA 2K19, You can perform this dribble move by either moving the right stick towards the basket or pressing the LT or L2 button depending on your controller.

Before you make a dribble move, you should make you in the right position, You have to actually get the defender on his heels or toes to go where you wanna go. here is the detail control in PS4: flick it left/right away from the ball hand,. Hesitation, flick left/right towards the ball hand. The size-ups are by holding R2 and flicking the right stick in any of the 4 directions.

Not any players can make dribble moves, you can play the PG or CG,such as Stephen or Russell in NBA 2K19, to make the best dribble moves, however, you will fail even though you choose the best player and make the right control.