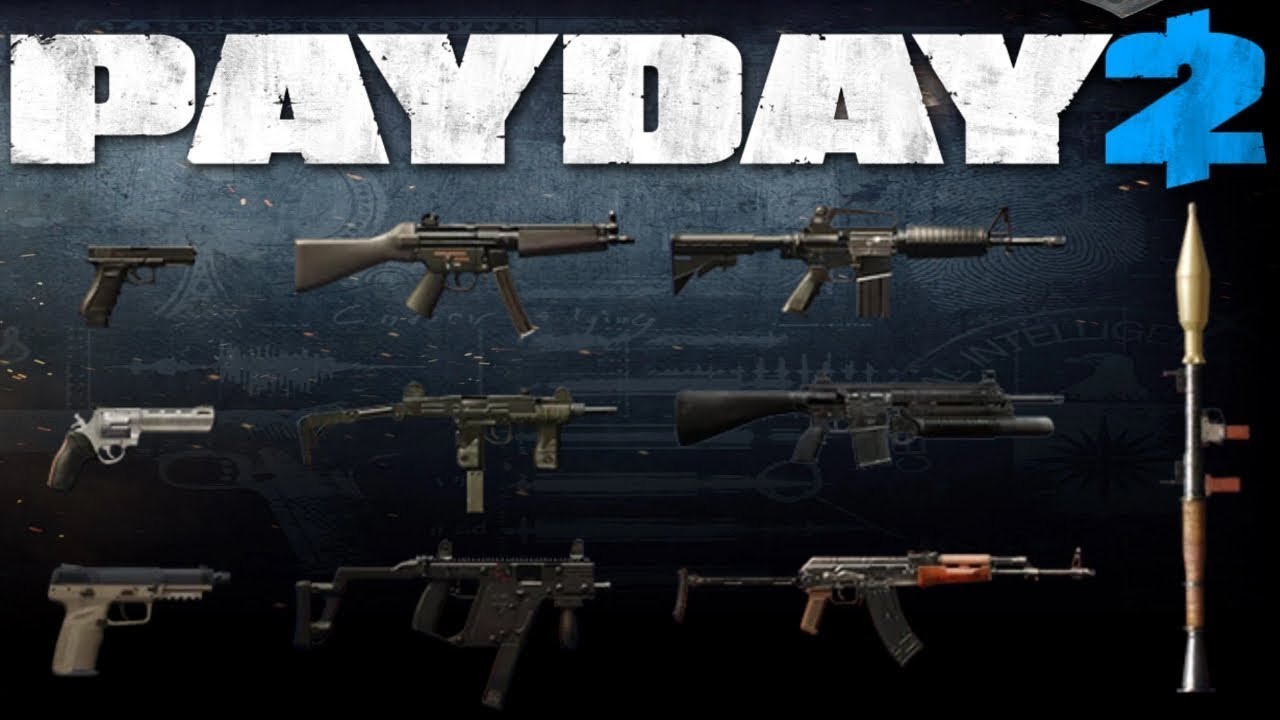 Before the top 8 Payday 2 best weapons list, you should learn the weapons system in the Payday 2, there is primary and secondary weapon in the game you should make equipment. The weapons in the game also use for loud and stealth on the case.

The Mark 11 is also equipped with a suppressor. Like the B9-S, this allows it to be used in stealth portions of heists such as Diamond Heist, No Mercy, and Counterfeit, where the player can silently destroy cameras, or is required to make silent kills (with the exception of security guards in Diamond Heist, whom cannot be killed without raising an alarm).

The B9-S is a semi-automatic pistol equipped with a suppressor. Along with the AMCAR-4, it is one of the two weapons players start the game with.

the B9-S is capable of being a relatively reliable sidearm, as it is capable of killing even Heavy SWAT in approximately 3 headshots. The overall slower movement of enemies on these difficulties makes it easier to land successive headshots on these units. It is also very adept at decimating lighter units, which are more common on lower difficulties.

The AK is an effective anti-special unit weapon, especially at close range. Its high damage output can break a Bulldozer’s visor in a matter of seconds when close enough, and can kill a Taser with the bursts fired off when the wielder is being electrocuted.

The AMCAR-4 boasts good accuracy and stopping power. It can be used most effectively at close to medium range, but it can still engage targets effectively well outside a shotgun’s range. Long-distance targets can be hit more easily by firing in single shots.

The Brenner 21 is an excellent tool for taking down Special Units. The Cloaker and the Taser are easily stunned by the Brenner, so it is a wise idea to suppress these units while teammates go in for the kill. Although it is not the best choice for taking down the Bulldozer, it is useful as a support weapon to help others take them down.

The STRYK has the second-lowest damage per shot of all the pistols with fully upgraded. This gun is unique in its fully automatic firing mode and you can use it to shot most lower-level enemies, such as cops, FBI and Blue SWAT.

Reinbeck can shot as far as around 10 meters. It’s quite capable of killing a target or cluster of targets at moderate ranges. The Reinbeck is especially useful for headshots as the spread pattern makes acquiring the correct aim easier.

The M308 is the most precise of all weapons in the game, which allows the player to take out  enemies that may be out of range for other members on the team. This gun has pretty good stopping power when fired at the body. But you should learn to make the good use of its accuracy by aiming for the head.

*NOTE:you can find all the weapons in the game from the Payday 2 wiki.

There are totally over a hundred weapons in the Payday 2 game and Every weapons has its features, the top 8 best weapons in the game above is just for reference and you need to try different weapons based on your playstyle and you like.

Here are some tips and tricks for you to play Sign of Silence game.   Enemy Types Spider: When too much noise is made, a...

Not a lot of players like playing as the Rake at the moment, it's difficult at first to grasp and may seem frustrating. In this quick...

Adorable Crush's achievements as well as some tips on unlocking them   Unlocked by simply playing the...

Locations (with pictures) of the 5 tokens for the Seeker achievement.   Cabinet 1. Main floor > Cabinet room (before the...