A guide to help you get all achievements efficiently.

Start the game and skip the intro.
After you wake up, take the pillow with Left Click and go right.
You’ll see thorns near the stairs, walk to them to get: 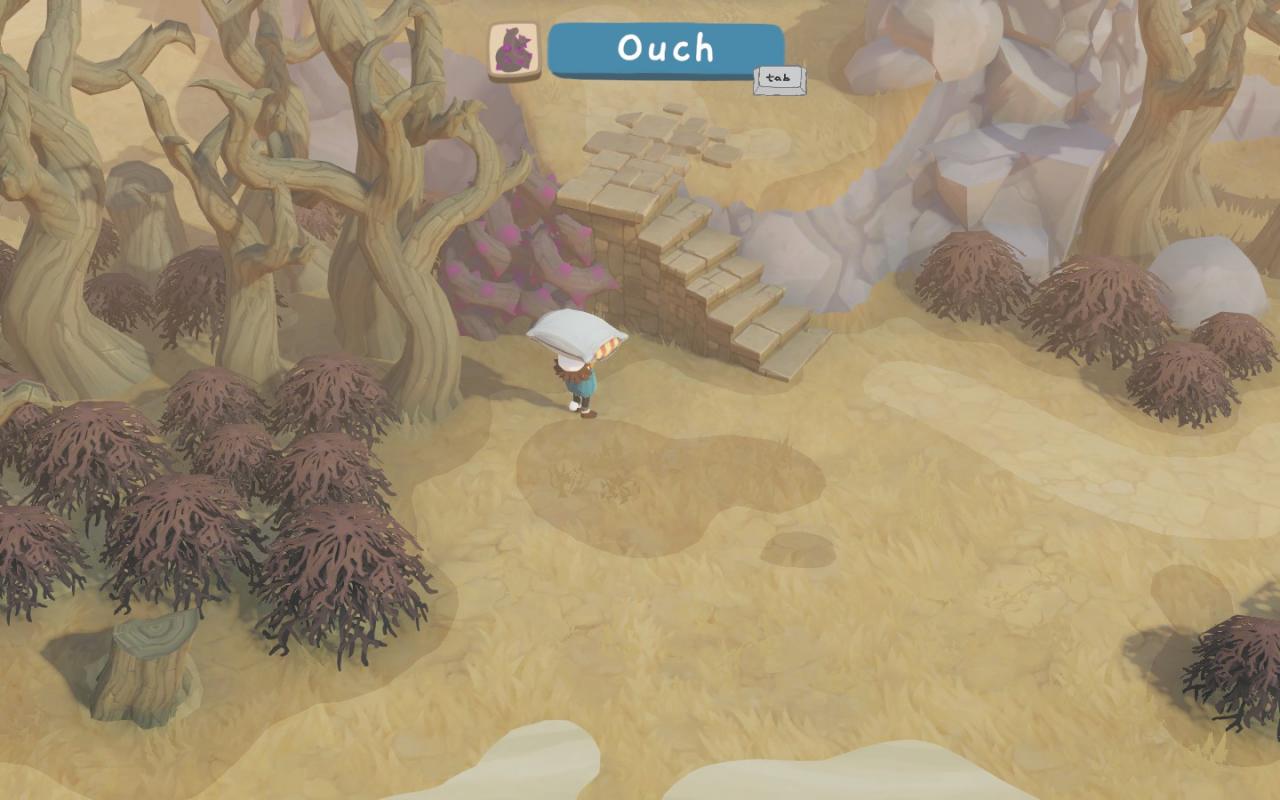 Ouch
Get stung by thorns.Go up, hold Left Click to throw the pillow to the shaman to get two achievements: 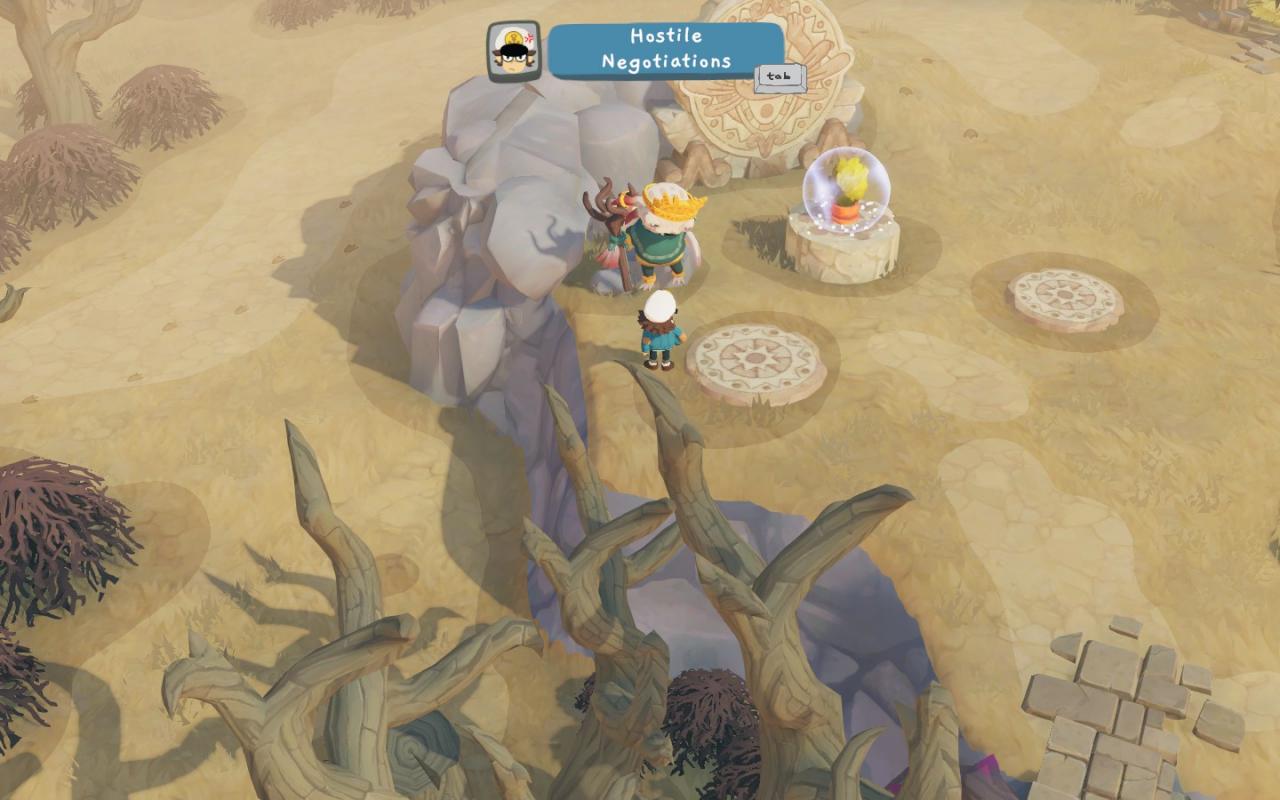 Hostile Negotiations
Hit The Shaman with a thrown item.

Island Sleepover
Hit the shaman with a pillow.

Talk with him and wait for the conversation to end to get: 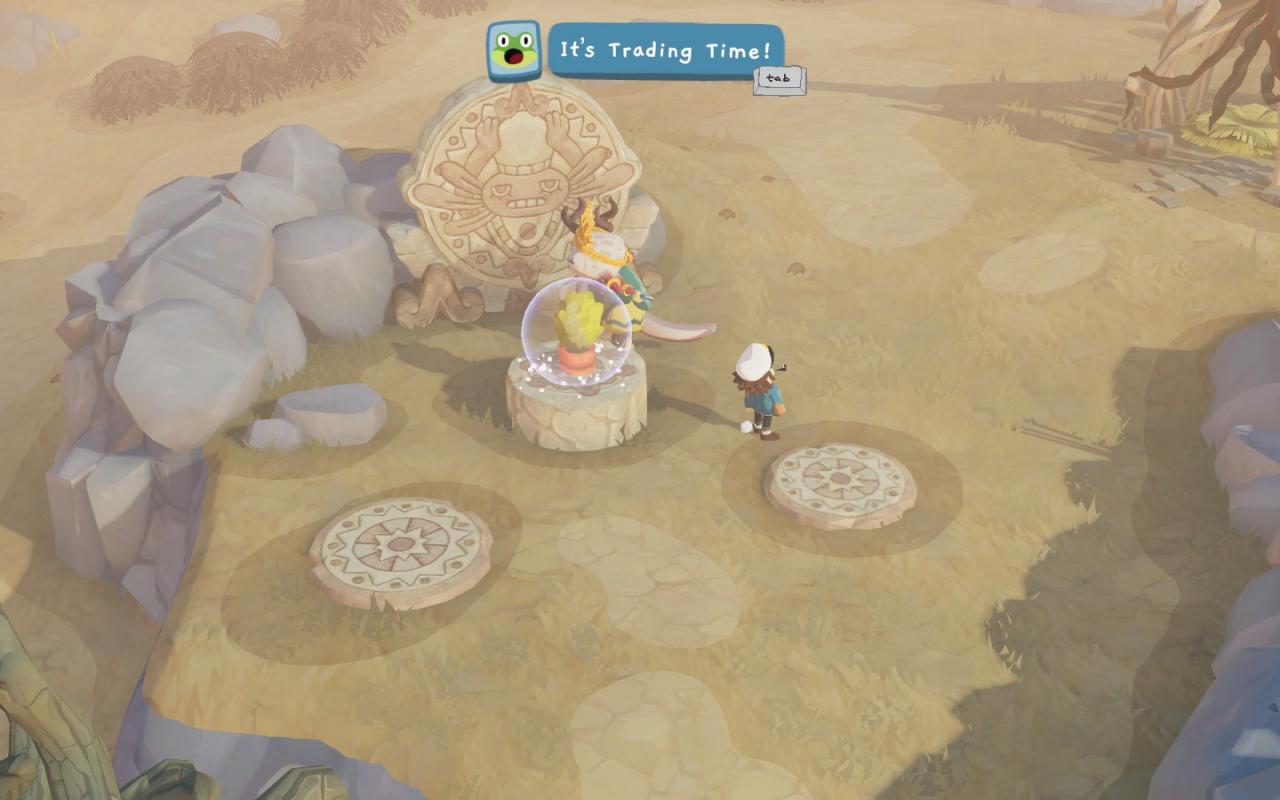 It’s Trading Time!
Speak to The Shaman for the first time.

Move to the right of the Shaman’s hut and jump over the roof to get: 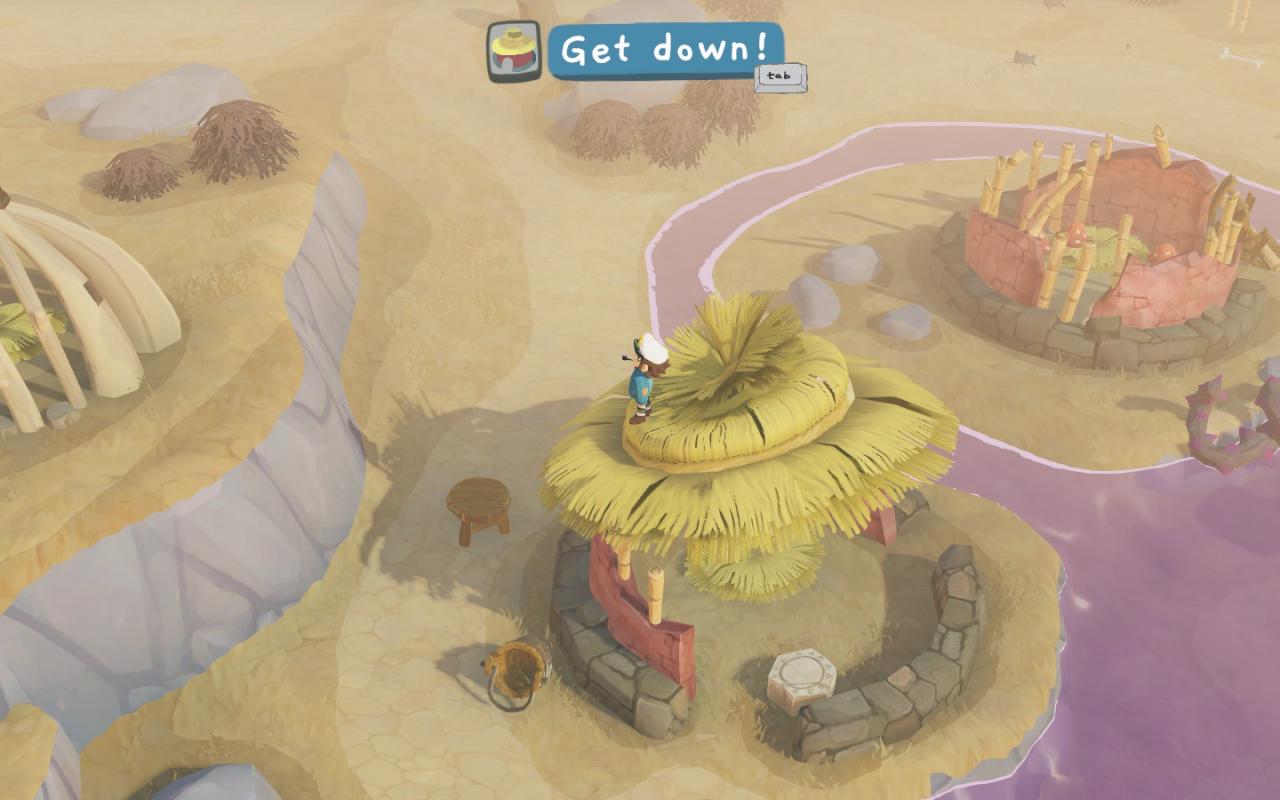 Get down!
Find a way on top of a house.

Now, go down the beach and catch a starfish, then go all the way up until you see a set of stairs. Stop near a pond with three lily pads and jump in them without pausing to get: 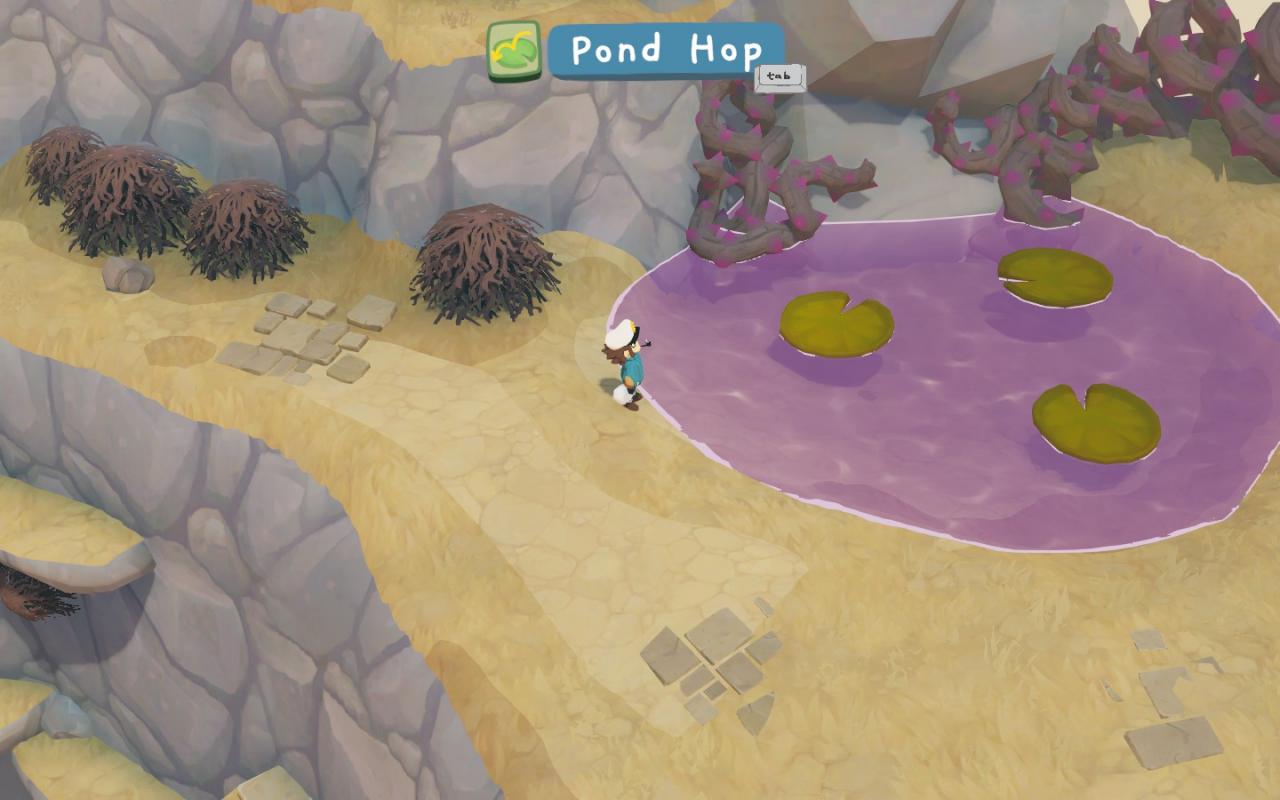 Pond Hop
Jump on all the lily pads in the large pond in order. 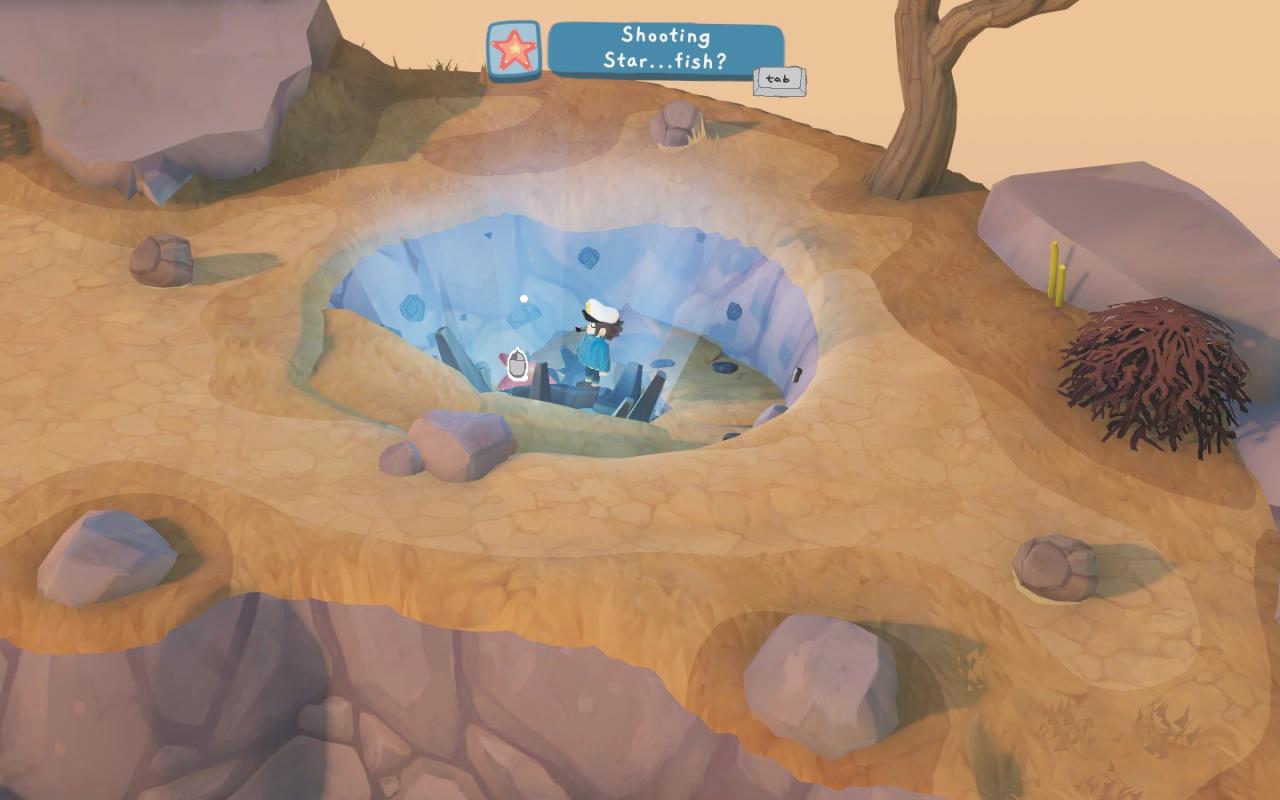 Shooting Star… fish?
Take a starfish to the crater.

Now, carefully take the blue orb to the Shaman. I say carefully because if you let go of the orb, it will break and you’ll have to go back to get another one.

Once you’ve done that, the Shaman will get happy and ask for a red gem, which is in a tomb at the right of the island. You need to find three tablets to open the tomb, but we’re gonna go to a secret entrance for an achievement.
For that, go up again to the stairs until you’re near the lily pads. Instead, jump right.
If you did it right, you’ll be at the roof of the tomb. Go down, and you’ll get: 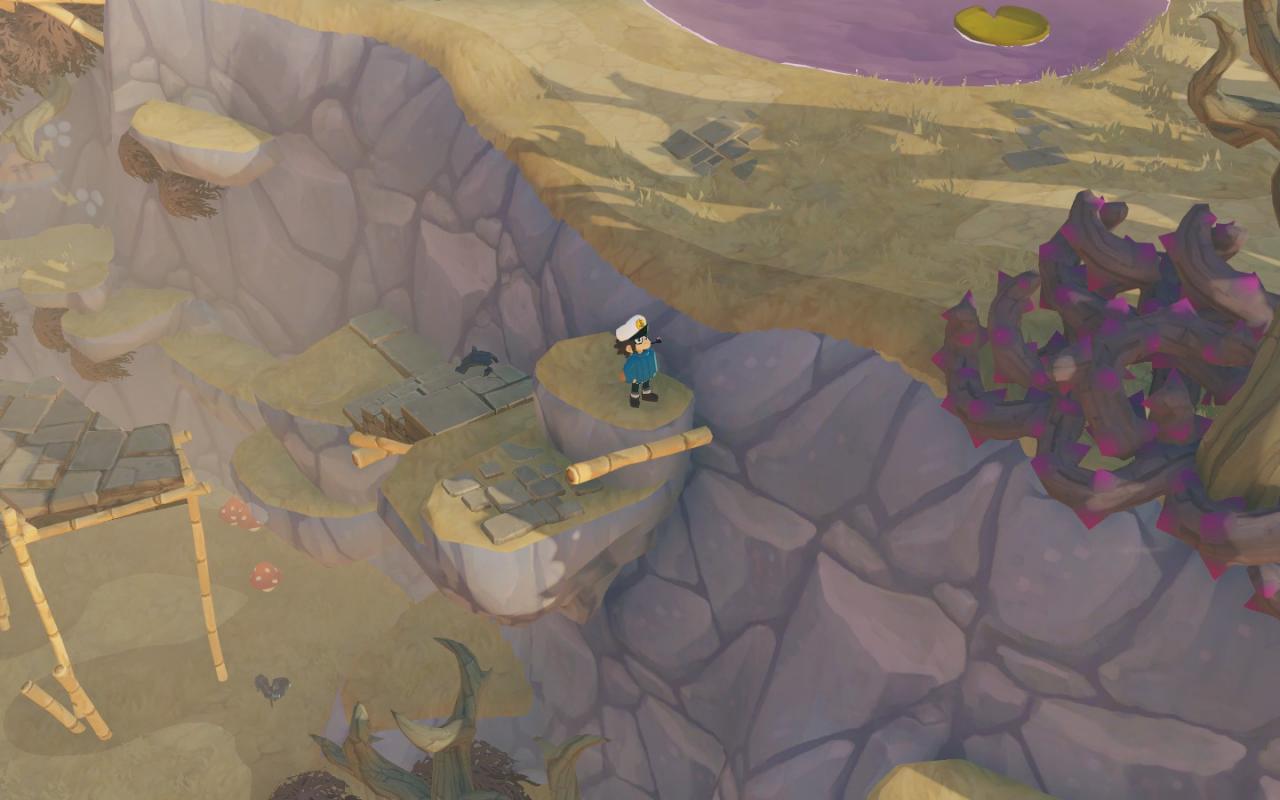 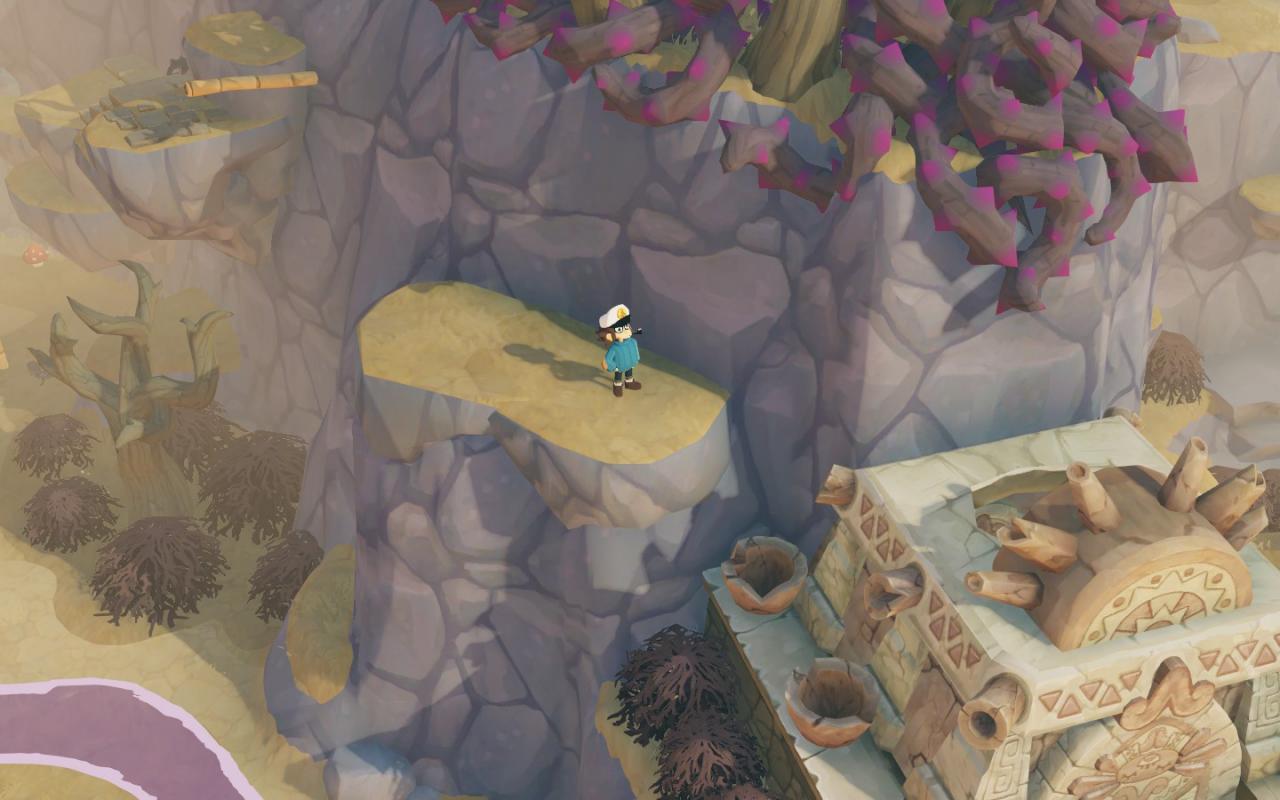 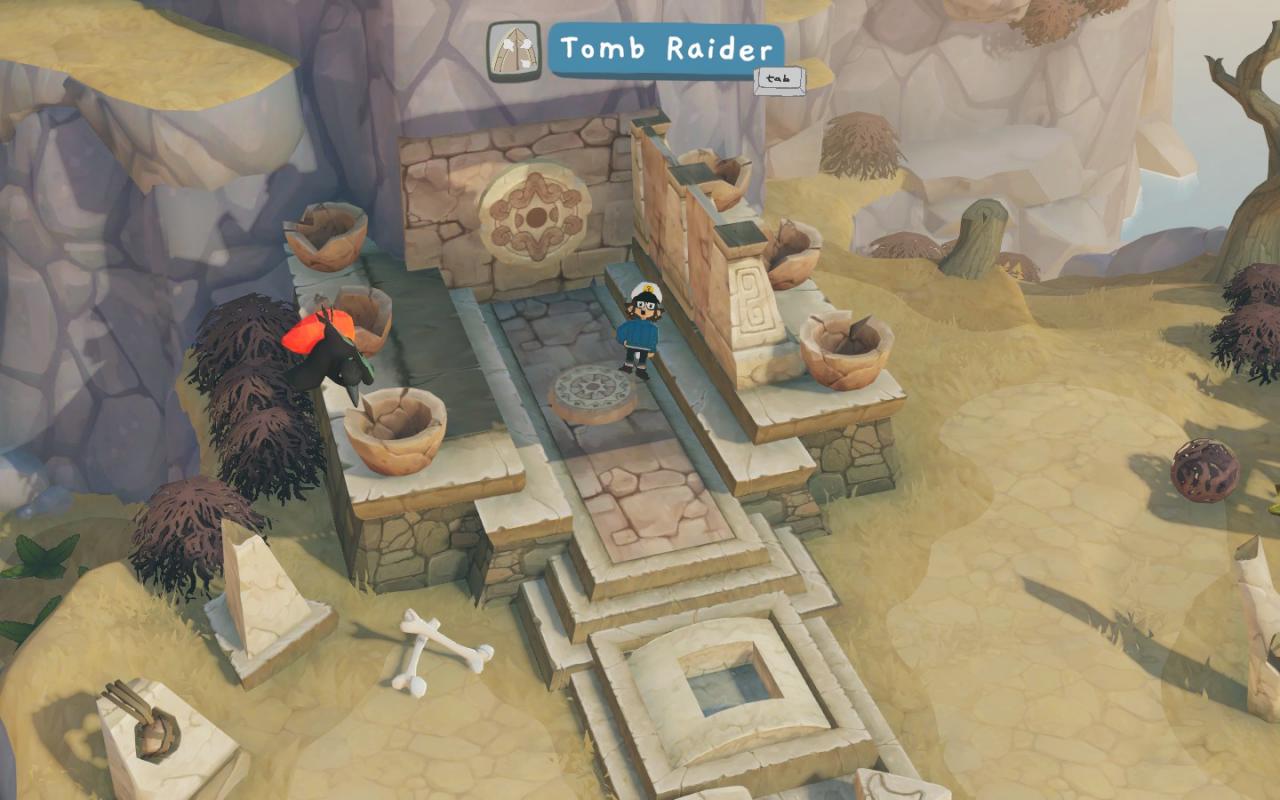 Tomb Raider
Go through the secret entrance whilst the door is locked.

The crow took the red gem, so we have to get it.
Follow it, jump over the edges, take the red gem and bring it to the Shaman.
He’ll then sit down in the circular rock. Stand at the other one and you’ll automatically meditate. 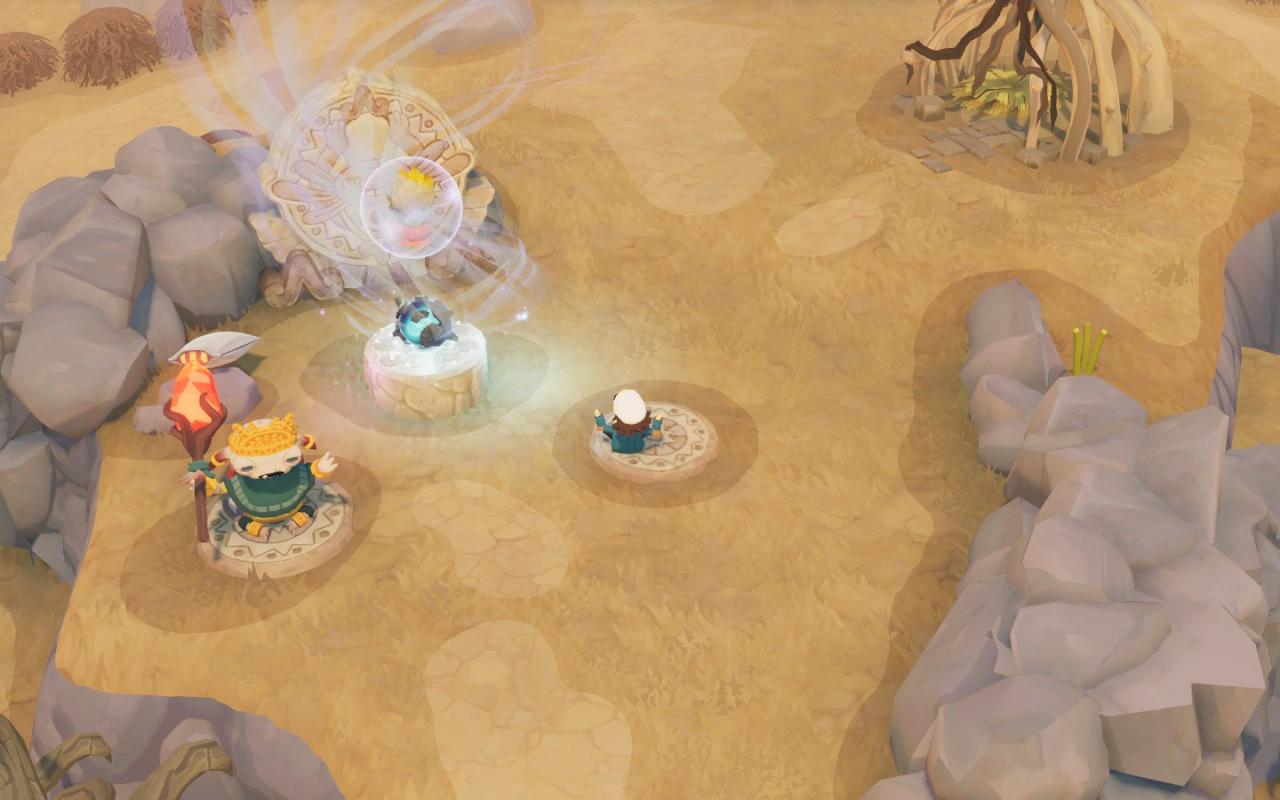 After a while, it will rain and your plant will finally be free! You can take it and put it right away on your boat, but we can’t leave yet. We need to wait until night arrives.
Until then, we can grind for some achievements:

Take two logs (which can be found near your camp), put them in the bonfire to get: 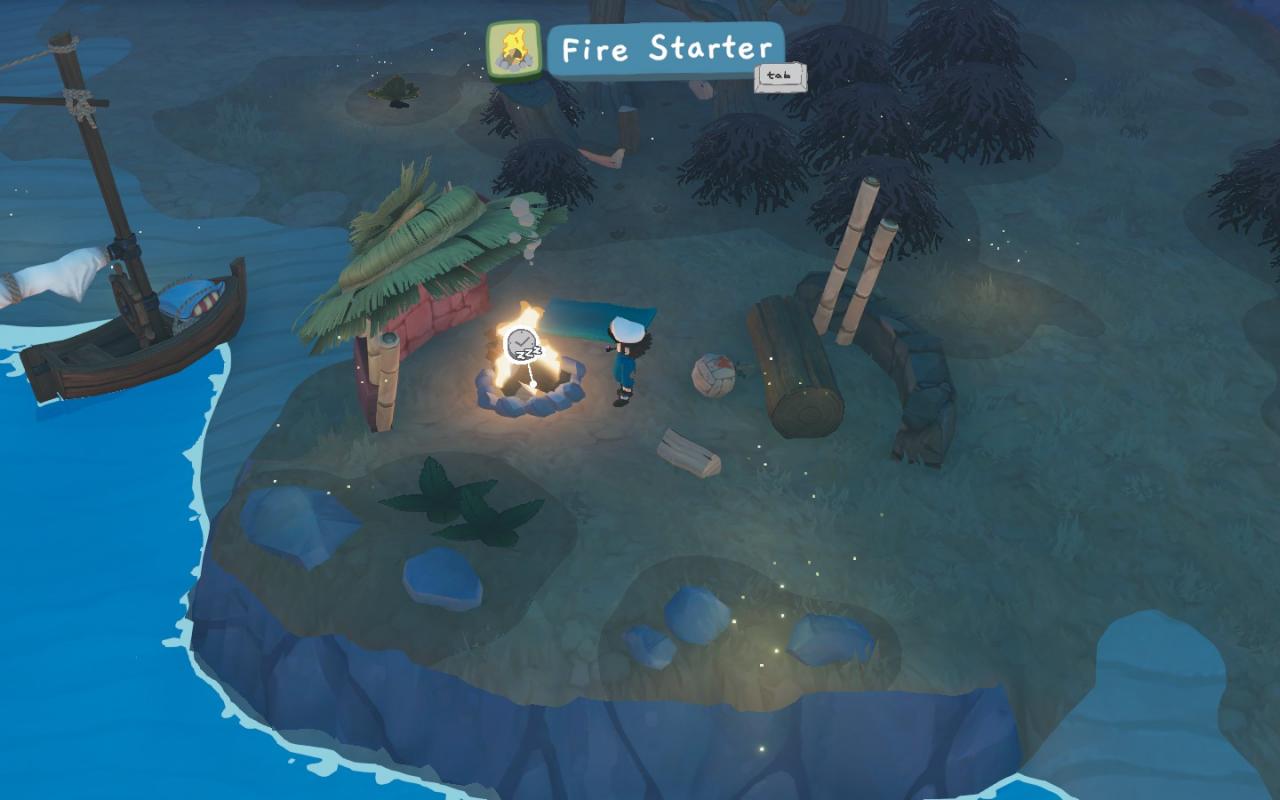 If you’ve been quick doing everything, it will take some time until it gets dark.
DO NOT GO TO SLEEP YET. We need to chase some fireflies, which will be everywhere once night arrives.

Once you’ve finished that, go to sleep to start a new day.

A new day, and there’s lots of green and flowers! The Shaman will say goodbye and walk away, but there’s still some things to do.

First, we need to plant some sunflowers. There are three patches to plant them. 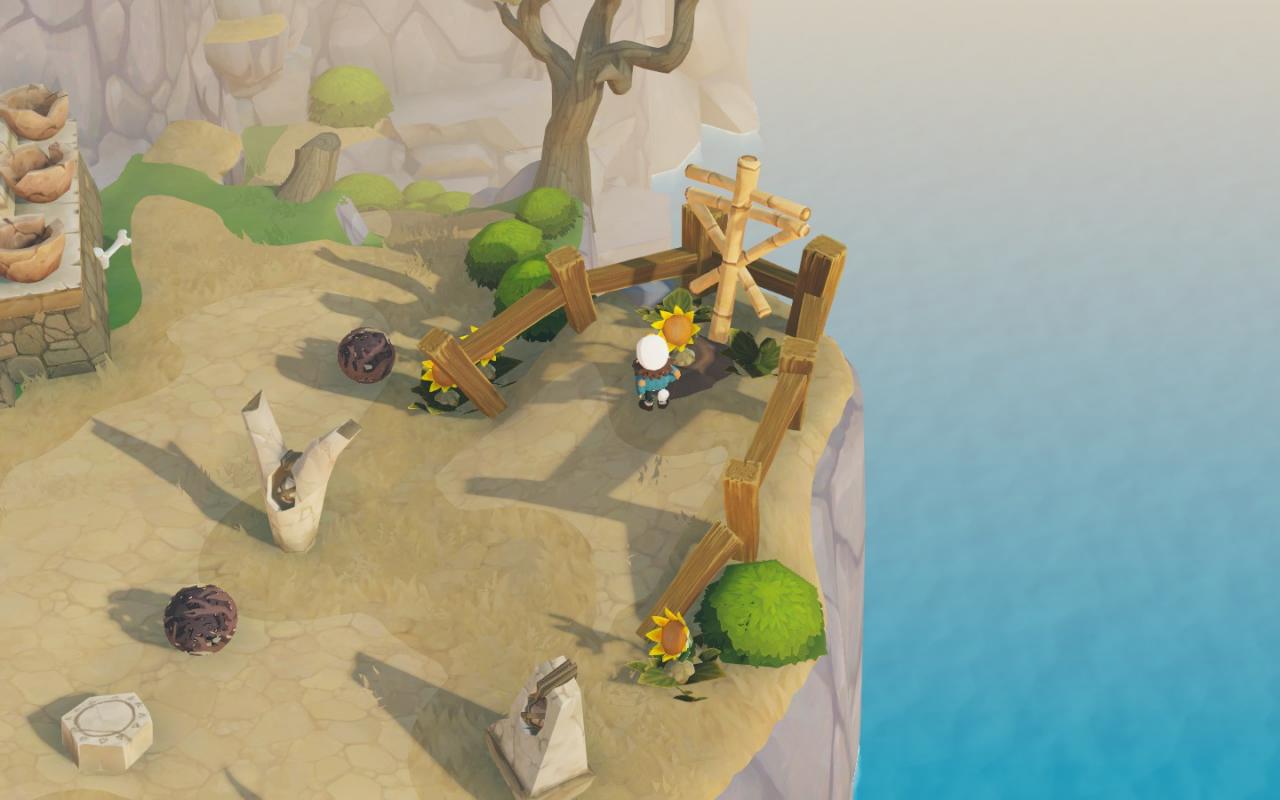 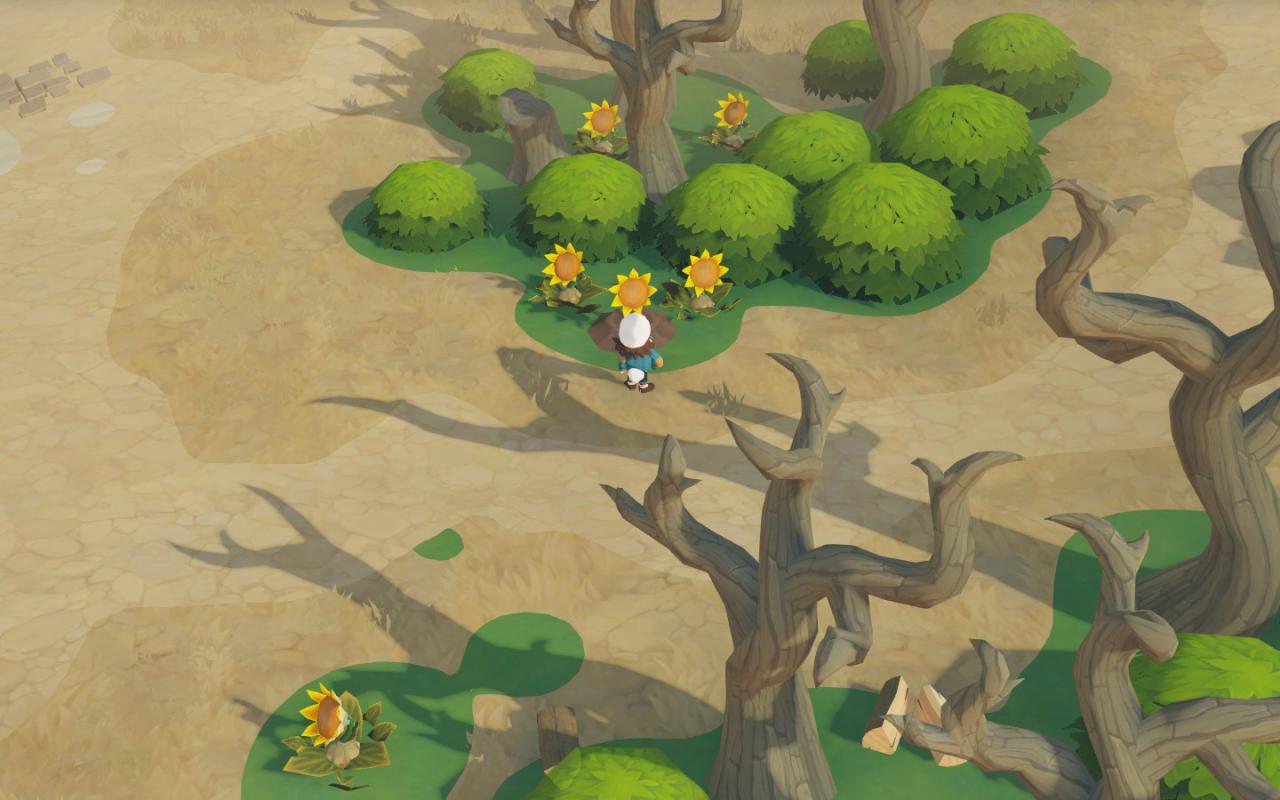 The last one is a little tricky. Go up from where you planted the second sunflower and you’ll find a stair with a gap between them, take one sunflower and throw it to other side. Then, take a leaf and go up.
It should be like this: 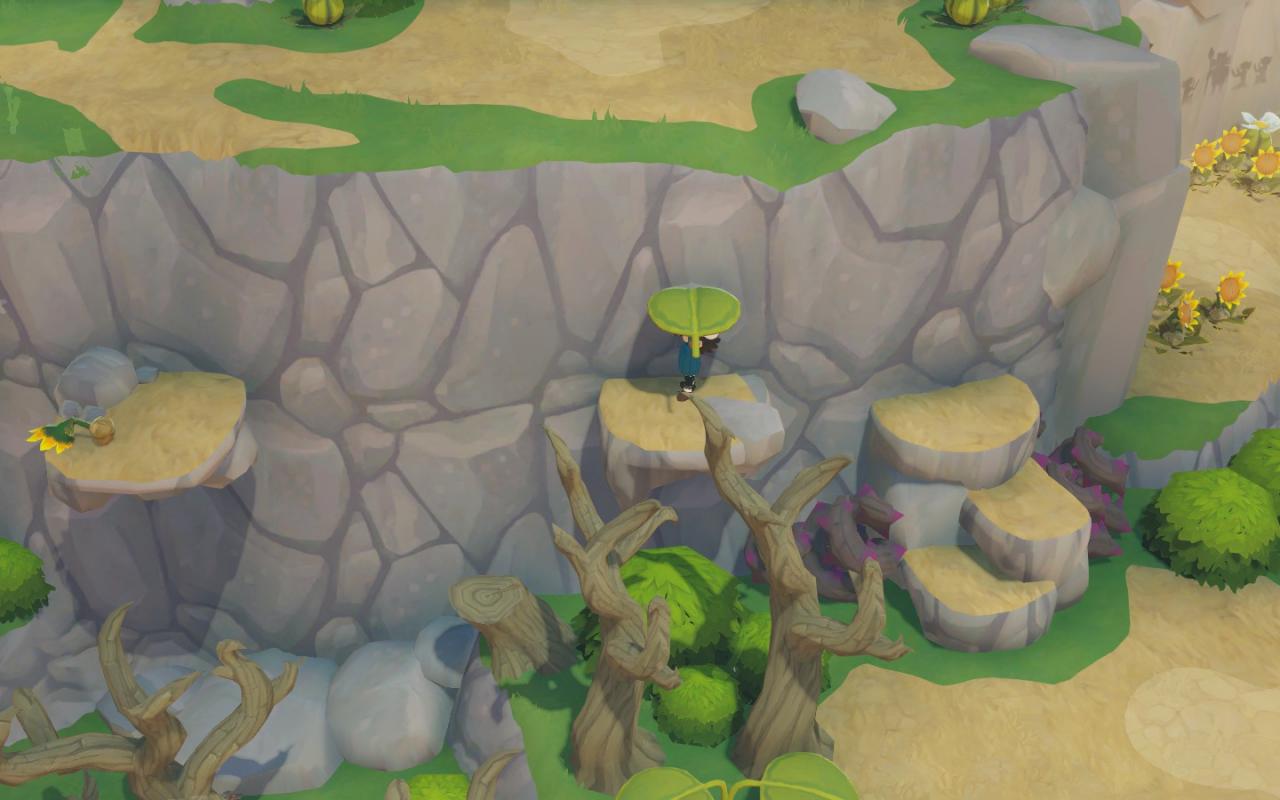 The leaf will help you float, but don’t throw it. Put it down, throw the sunflower again to the other side, then jump with the leaf. If you did it right, you’ll be at the top with the last sunflower to be planted: 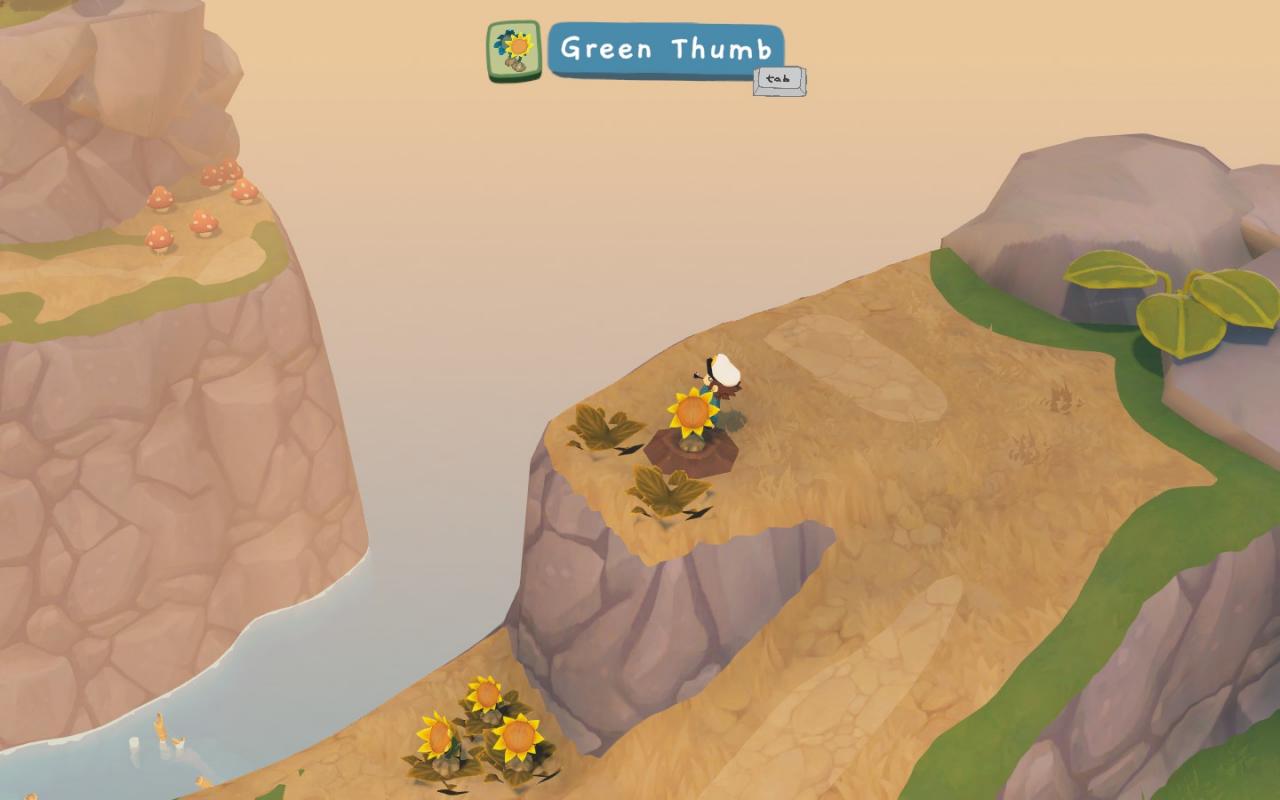 Go right a little, you’ll find an arm in the thorns, take it (be careful of not falling in the water) and bring it to the Shaman. 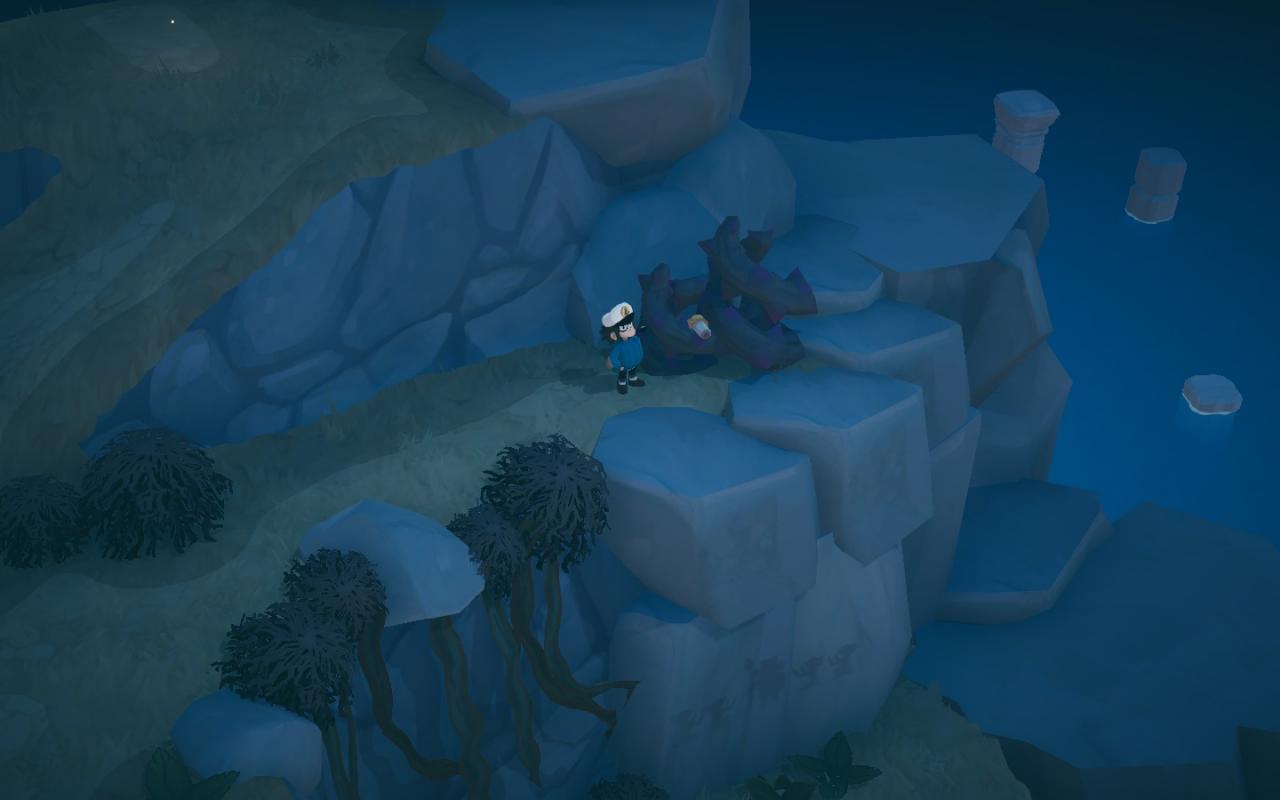 The Shaman is sitting near the stairs going to the tomb. 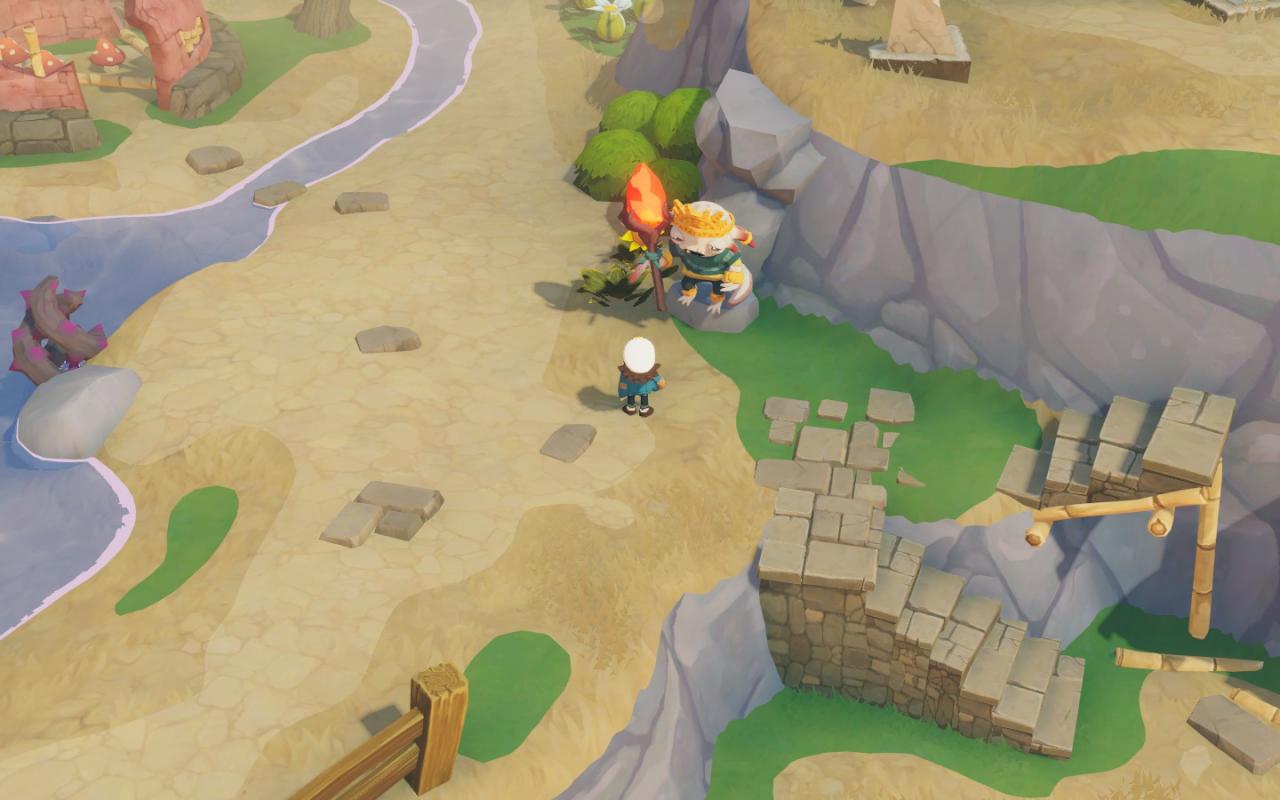 Lend a Hand
Find and return The Shaman’s missing arm.

For the third time, go to the set of stairs all the way where you found the blue orb. Take a leaf and jump down. 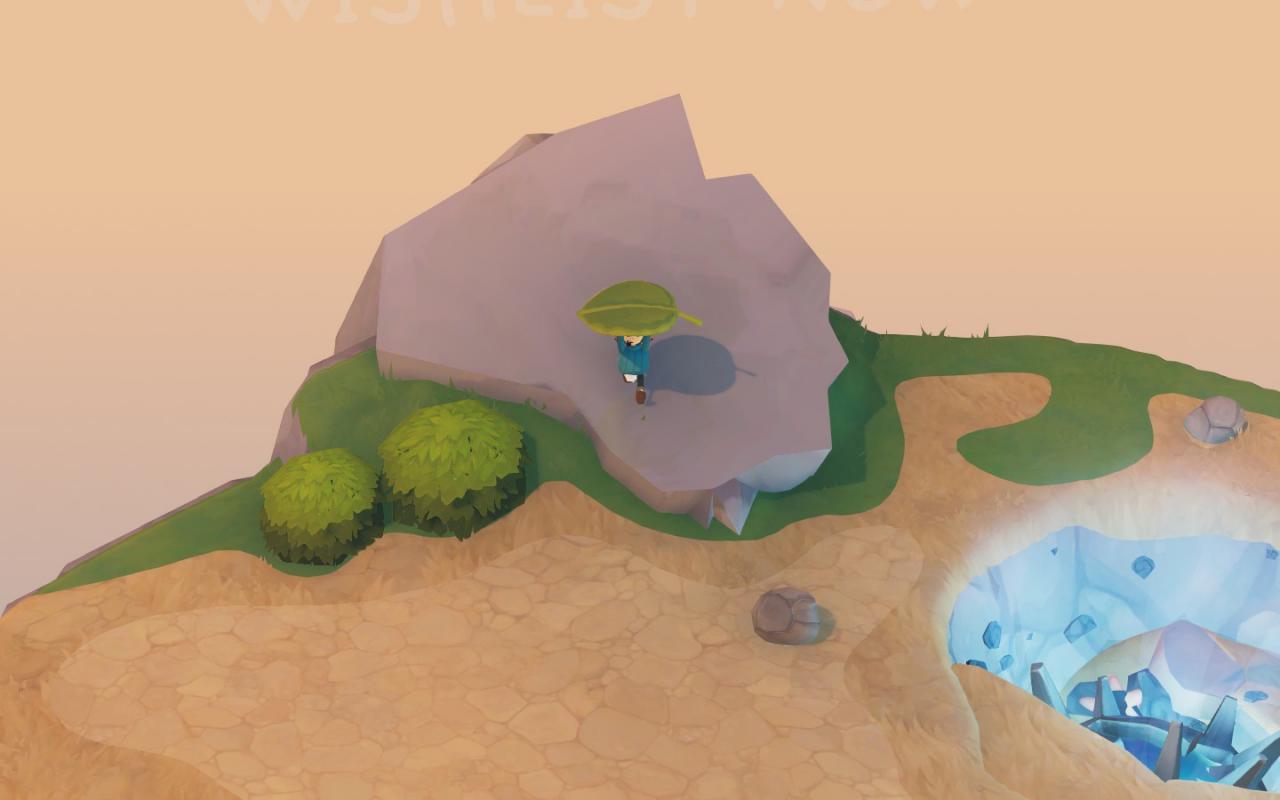 If you did it right, you’ll get: 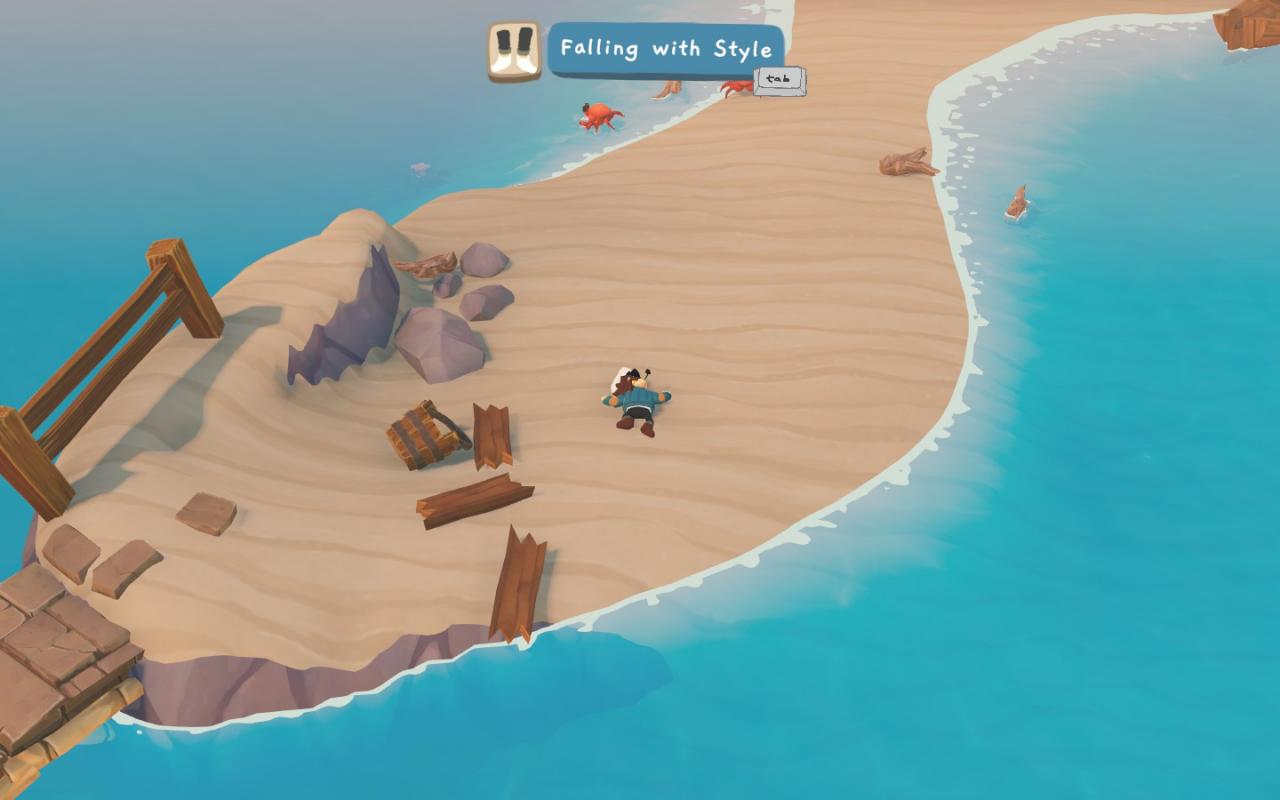 Falling with Style
Stay airborne for over 4 seconds.

Finally, go to your boat and leave to get the final achievement. 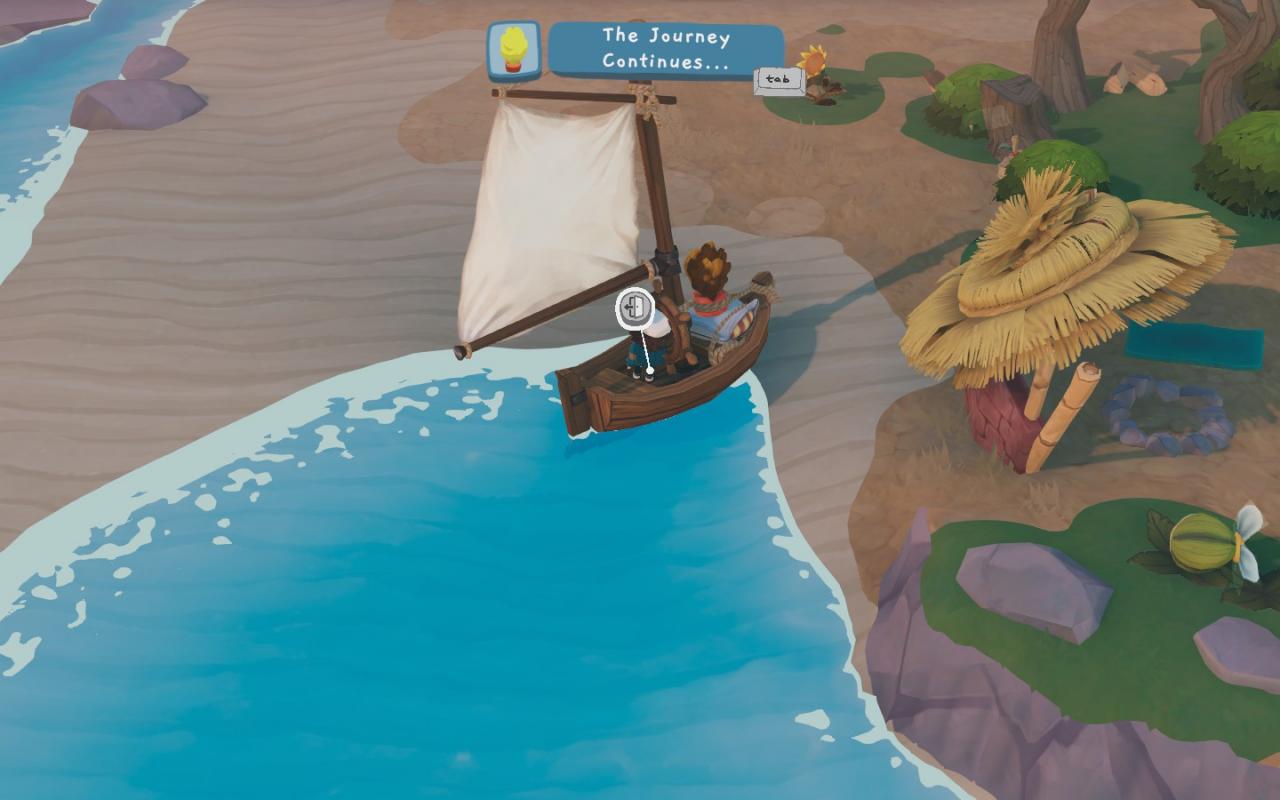 The Journey Continues…
Retrieve your plant and leave the island.

Thanks to Kotsure for his great guide, all credit to his effort. you can also read the original guide from Steam Community. enjoy the game.