161 levels of pure pain. Rolly boi will be our punching bag.

We’ll need to reach level 161 to fill up all of the skill trees, and repurpose that xp for the arcane and throwing achievements.

This spot can also be useful for getting the gold needed to the gold set from the smithy, so I suggest waiting and grinding for both in NG+.

I used “Axes” on my playthrough so I ended up using the Owl Claymore with a lightning enchantment. The gold hammer has a bit more dps, but I like the look of the claymore better. Daggers also seem to be viable, but I didn’t want to test to see which was faster since I didn’t know the dagger tree very well.

For armor: You just need enough survivability to get hit a couple times (which you’ll likely have since you’ve made it to NG+). I highly suggest gloves that give you backstab damage, like the Dark Gloves, fully upgraded, and The Glimpse Catcher helmet for the extra attack, which can be found further in the sewers: 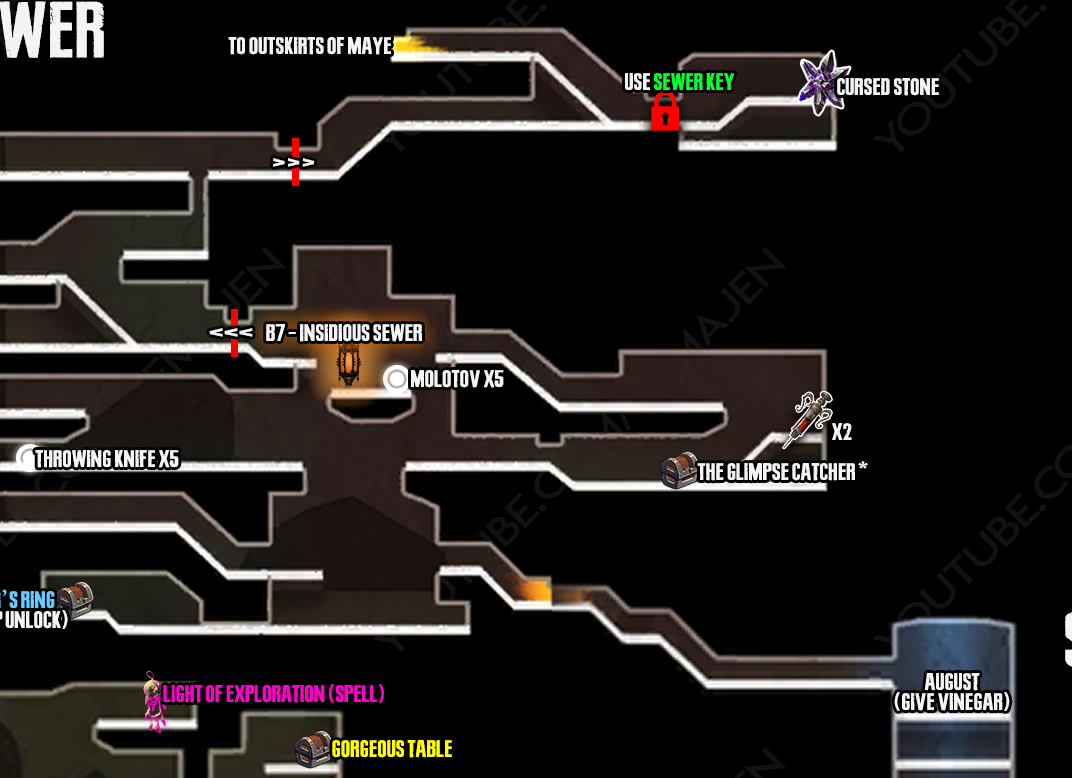 I also suggest using the Longstrider’s Ring and Thistle Ring for the extra attack, as well as two Stray Rings that can be obtained from completing the beggars quest twice, once in NG and once in NG+.

The technique is as follows:
1. From the owl, head up and left, air dashing into the next room. You want to land on the left side of the alcove seen in the background. Here: 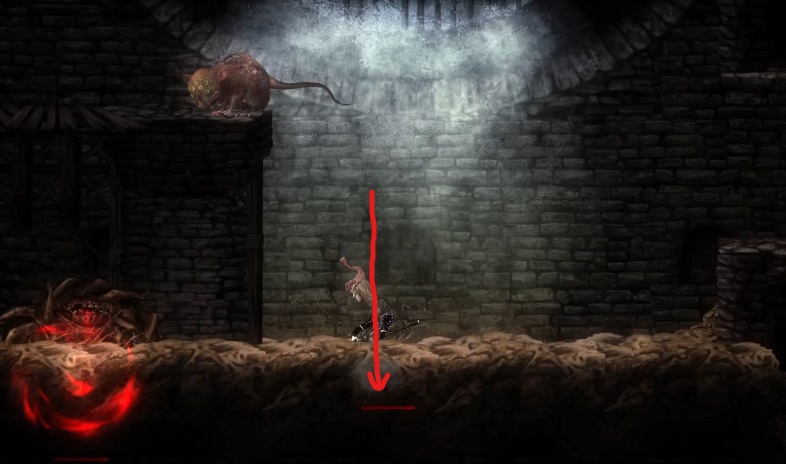 The the ball will do one of two things, either he will start rolling slowly towards and through you, or bounce up and roll to the far right side.

We’re planning on tanking the hit here, so it doesn’t really matter what he does, however, that spot is perfect because if he does the slow roll, you’ll get backstab damage on him as he rolls through you, while also being close enough to hit him if he bounces past you.

2. Hold R2/RT to charge the “Power charged slash” attack immediately upon landing, and press attack immediately afterwards in order to get the follow up swipes. Done right, he will be dead either from those two attacks, the lightning proc, or in rare cases, another attack if you’re unlucky. You’ll see all three in the video posted below. Lightning is best for heavy weapons, though flame works too.

3. Immediately dash back to the TP, touch it, and start again.

In my testing on NG, the ball staggered from the lightning procs, making it very easy, but for some reason he doesn’t stagger on NG+. I also tried using different arcane items, but none seemed effective enough to use consistently. The Hand of Shadow is nice, but tanking the hit is just as effective and slightly faster.

Save these items to use for the last few levels!

I believe you get 3-4 per playthrough, and they give you one full level, which at the end means a lot more xp then earlier on.

*note: You can start feeding points into attack/backstab damage to make the fight go more quickly, and then respec them into the skill tree at the end. I only realized this after making this guide, so give it a go and let me know how it went.

A (somewhat) complete reference of the maps, along with some tips & strategies.   Map mechanics & general tips Map...

Step by step guide to reach the secret ending in the level "The cursed house"   Step 1: Study Move to the study cam. Click on...

In this guide i hope to show you how you can use the CutScene command to experience the new intimacy POV cutscenes.   0....

A quick and easy guide to Mercenaries in Rome Total War. This Tier List was created by Gaius Victor, if you have any other option, please...