Here is a full map for the underground palace B1F in Wizardry: The Five Ordeals.

Note: Wizardry The Five Ordeals comes from 2006, is now available on Steam with some modern UI improvements. 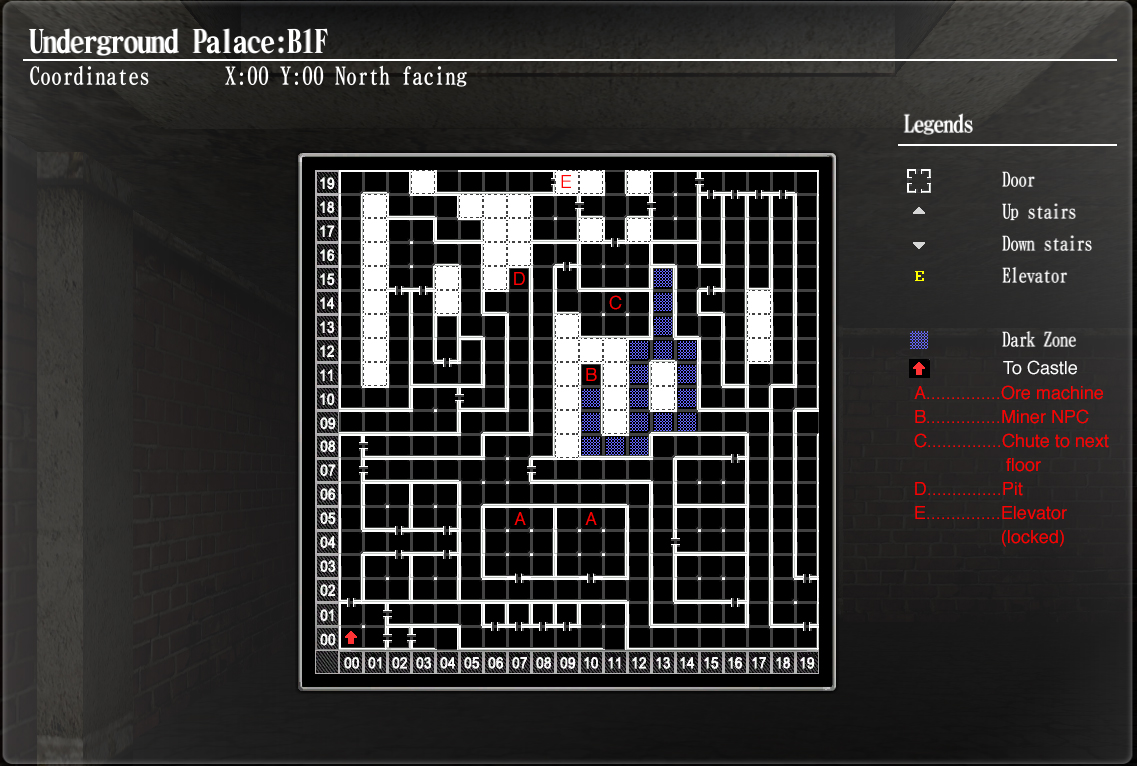 Credit to ophbeet for sharing the map.

About the Steam New Verion

Game remade under the Unity engine. almost has been overhauled except for the game balance and foundation of the game. You may be able to play this game as an 2006 old-school new one, made in 2021.