A detailed guide on how to get the Mad King achievement.

Warning ! If you’re attempting to get this achievement, I assume you’re not on your first playthrough. In this regard, be aware that this guide contains spoilers.

If you are actually attempting this achievement on your first playthrough, I both respect and fear you.

“Mad King” is probably one of the trickiest achievements in the game, as it requires an almost complete run to trigger and one error can ruin your chances of getting it.

And we all know how annoying it can be to realize you’ve played half an hour for nothing. 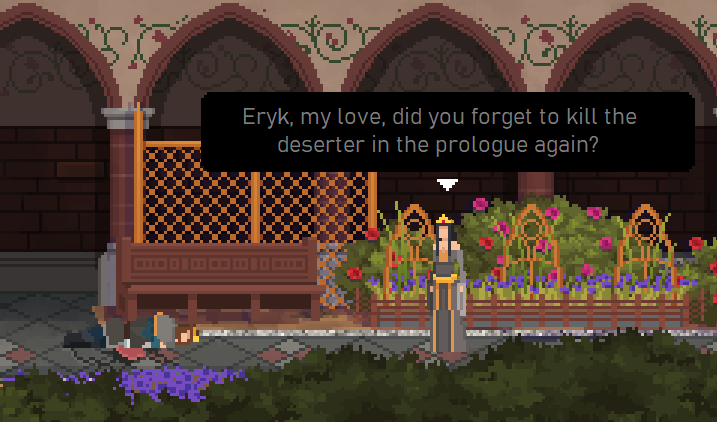 First of all, let’s have a look at the achievement’s requirements :

As you might have noticed, this achievement isn’t going to get you a “world’s best dad” coffee mug but, to be frank, what is a moral compass when you can have some sweet, sweet game completion stats?

And now, let’s review every point one by one.

1 – Kill the deserter in the prologue

This one is easy, and yet the event people seem to overlook the most. Remember Sobik the single dad and his adorable daughter Lulie, whom he named in honor of your own daughter?

No, you swallow back that smile! This is a Mad King playthrough and we have a long list of people to disappoint, starting with that soon-to-be orphan girl.

As you meet Sobik in the prologue, simply choose to slit his filthy deserter throat. 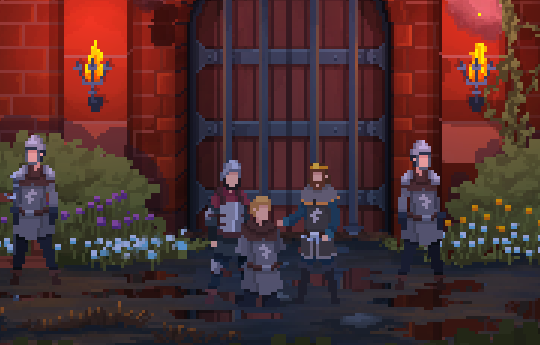 On W2, your guards will bring a radovian bandit to your court. You have the choice to either free him, to imprison him, or to have him beheaded.

Needless to say, you’ll need to have him killed. 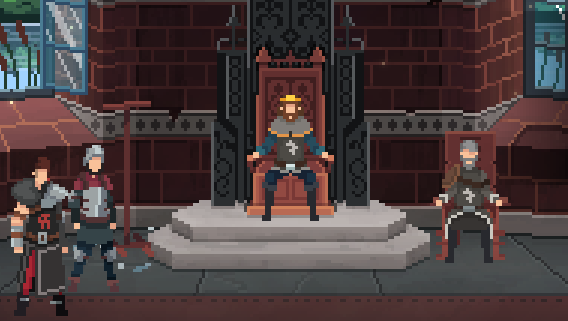 This part can be done as soon as you reach week 10 and start looking for potential allies for the upcoming war. Invite Jovan as soon as he becomes avaliable, and he’ll ask you to ally with Lord Friderick.

Invite Lord Friderick to the court, and he will ask you to set a trap for Sir Noaksey The Dragonslayer. At this point, both agreeing to the plan or betraying Friderick will bring you to the needed outcome, but I personally prefer inviting Sir Noaksey and ratting out Friderick’s plan to him, because Friderick’s an assh*le.

Either way, your guards will eventually bring Sir Jovan back to your court and he’ll confess to the murder of his former mentor, outing him as a wife beater and an alcoholic.
He’ll try to bargain for his life by offering an army and a few ressources, but we don’t really need a well-intentioned man as an ally now, do we? 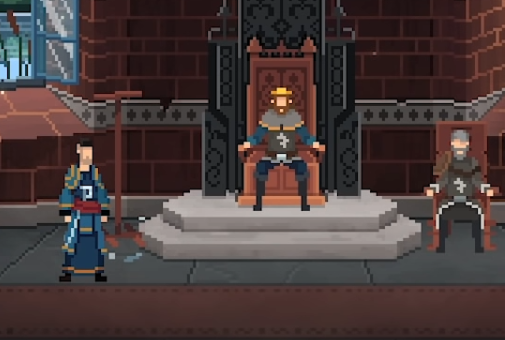 4 – Give your daughter’s hand to Lord Varid

For this part, you’ll need to wait until the Kings summit takes place, on W31.

While the two first kings are busy arguing whether or not you should help radovian refugees, Lord Varid will come up with an unexpected bargain : give him your 12 years old daughter’s hand in marriage, and he’ll reward you with his army.

Good parents would argue that twelve years old might be a teeny bit young for a marriage, and that a fifty-something years old man calling a teenager “mature enough” and “energic” might be somewhaaaat inappropriate but you’re not a good parent : you’re the king of Darven, and you would sell your daughter for one corn chip.
You did it once, after all, so why not twice?

Invite Lord Varid and agree to his proposal.

Tip : you can send an invitation to lord Varid on W31, before the summit even happens. This way, he’ll be ready on the very next day to pick up your daughter. Convenient! 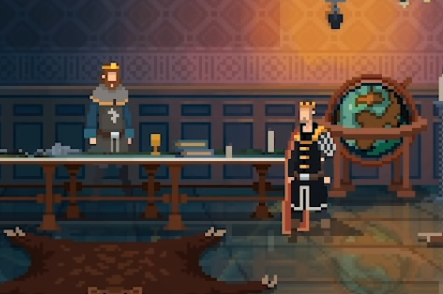 On W34, starving, clueless radovian refugees will come to your court and seek asylum from you.
To be honest, at this point and considering how well you’ve received their previous friends, they’re asking for it a little, aren’t they?

They’ll try telling you they’re innocent and unarmed, but hey, that hasn’t stopped you before.

Have them all killed. 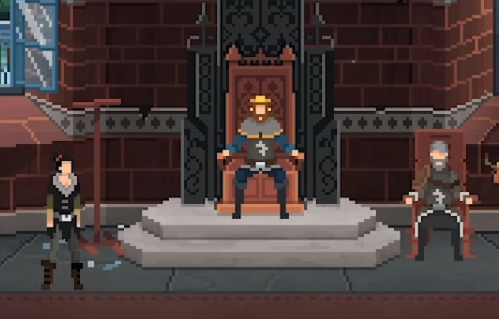 On W40, Beyran the “king” of Radovia will be brought to your court.
He’ll explain to you that the whole war thing was a misunderstanding, that he had come in peace and had never expected you to attack him.

Oh yeah? Damn, sorry about that, I didn’t know putting a knife to my wife’s neck was a love language in your country. I guess I should break the ice and return the favor, then! 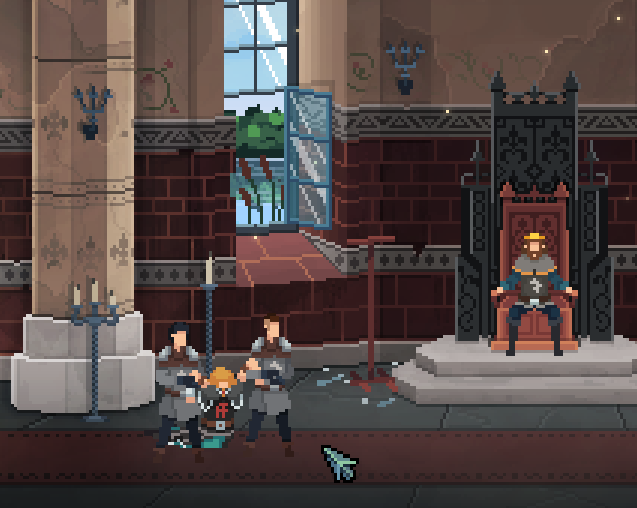 On W46, your guards will inform you that they have found radovian survivors.
Well, it’s part of your life, now, isn’t it? Wake up, meet petitioners, hang radovians…

You know what to do. 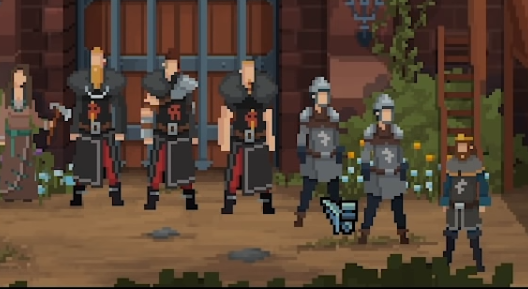 8 – Let Aurelea die with your son

On W50, a ritual will take place to ensure you have a heir to your throne, but do we really need a heir, after all? Doesn’t “Eryk, the last king of Darven” have a certain knack to it? I think it does.
Botching the ritual is both an easy feat and a sound budgetary decision, as you won’t need to buy any of the required ingredients : the ritual will take place regardless.

To botch the ritual, just go ape sh*t : yell whatever you want at the spirits, don’t fill any of the offering bowls and you’ll be rewarded with a dead wife, a dead son and a shiny new achievement! 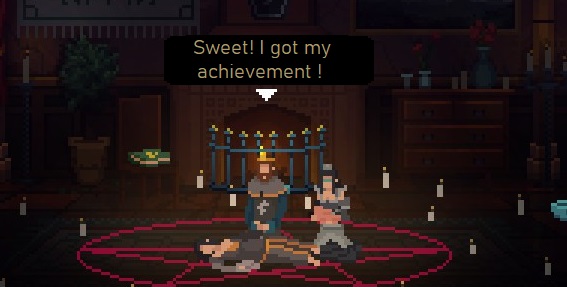 Thanks to Laitue Féodale and Rubix for his great guide, all credit to his effort. you can also read the original guide from Steam Community. enjoy the game.