This guide will atempt to give new or potential Master Duel players some information and tips about the game’s economy from the perspective of a F2P player.

Since I’m seeing a lot of bad reviews saying that “It’s not the Yu-Gi-Oh! I remember!”, I believe a disclaimer has to be made. Yu-Gi-Oh! has existed for many, many years, and a lot of new mechanics and effects have been implemented and long combos/OTKs exist, just like any other TCG. The Dark Magician and Blue-Eyes White Dragon Decks everyone remember from the 2000s are no longer viable, but you can play highly competitive Dark Magician and Blue-Eyes White Dragon Decks with up-to-date mechanics. At the time of this review, the last boost to these Decks happened in October-December 2021. 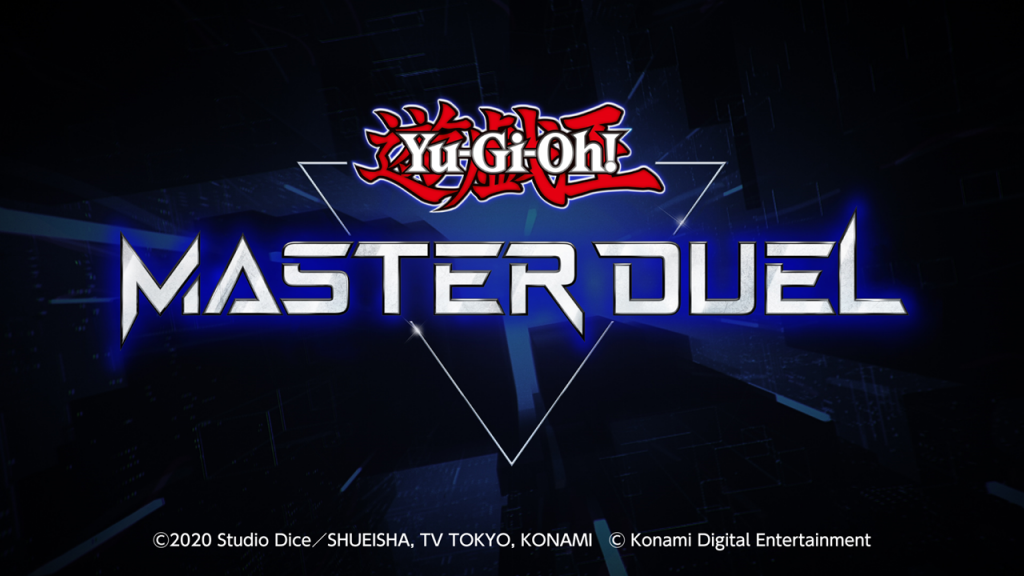 Hello there and welcome to this informative guide. Here I’ll only give some starting information and tips to encourage players to play the game and understand the economy from the perspective of a F2P player.

I believe talking about the main currency is a right way to start. With Gems you can open Packs and other goodies in the Shop. You get Gems by leveling your Account, completing Missions, leveling the Duel Pass, and buying them with money.

As a new player, you’ll get A LOT of Gems thanks to the Beginner Missions. Don’t spend them right away, even if you get to the 10K Gem cap. You’ll be able to collect exceeding Gems from the Gifts button.

The first thing you should buy with these Gems is the Duel Pass, which costs 600 Gems. This is a typical Battle Pass with a nice twist: You’ll get your 600 Gems back while leveling through it. With the Duel Pass, you’ll get a high value of resources and goodies, and you should always save 600 Gems in your account for the Duel Pass. 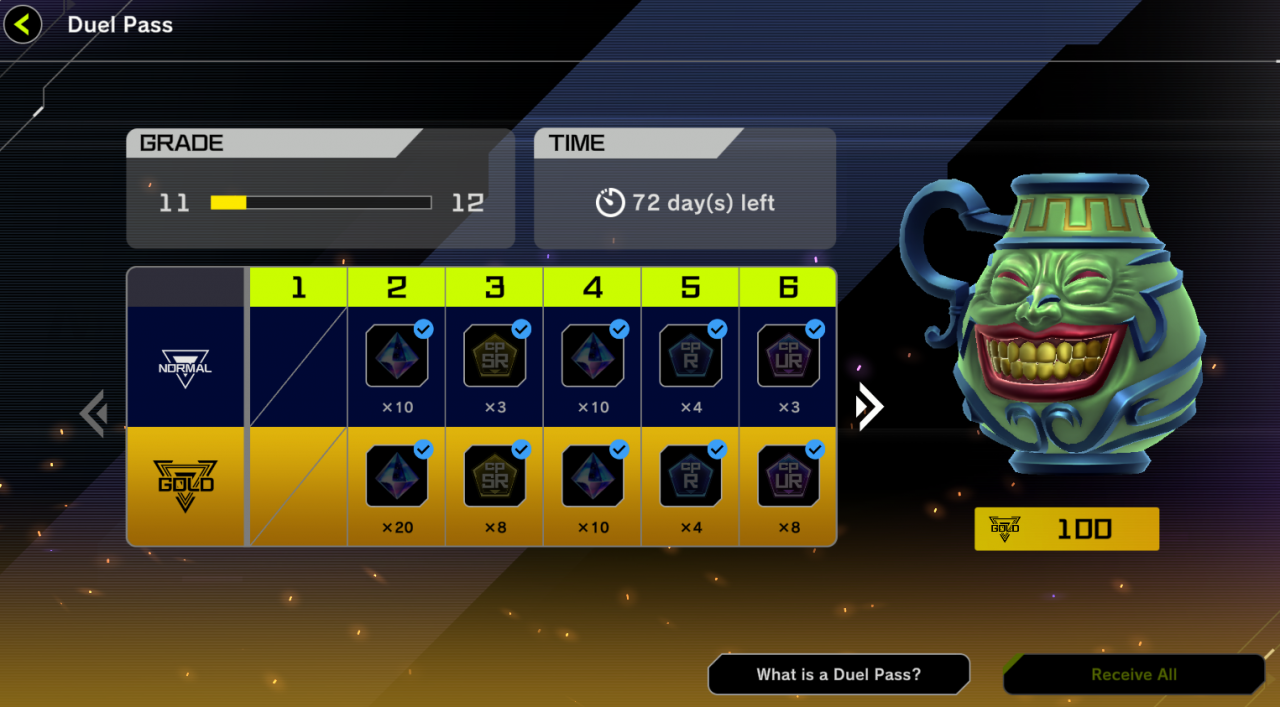 There’s three Normal Packs available in the Shop: Two timed ones and the Master Pack. Never buy from the Master Pack, since it has every single card available and it’s practically impossible to get what you want.

Secret Packs are your main source of cards, but at first you won’t be able to see them in the Shop. These Packs include all of the cards from a specific archetype, with some fillers. For example, the Cosmic Mechanical Entities Secret Pack include Krawlers, Mekk-Knights and Knightmares. You need to unlock them. I’ll explain how this works in the Card Crafting section.

The Bonus Pack is a nice filler Pack which can only be opened by spending Tickets. You get these tickets from playing Duels or completing Missions. Open them when you have them, they’re free!

Should I buy Structure Decks?

Depends on you. If you’re interested in the archetype, you can get a lot of useful cards at once for 500 Gems. The downside is that you only get one copy of each card, and that is the reason why they can be bought three times. The good thing is that you’ll also unlock the Secret Pack for said archetype, since you’ll get SR and UR cards.

Card Crafting is what makes Master Duel a nice F2P game in my opinion. You’ll be able to craft any specific card you want if you have the Crafting Points (CP) available. 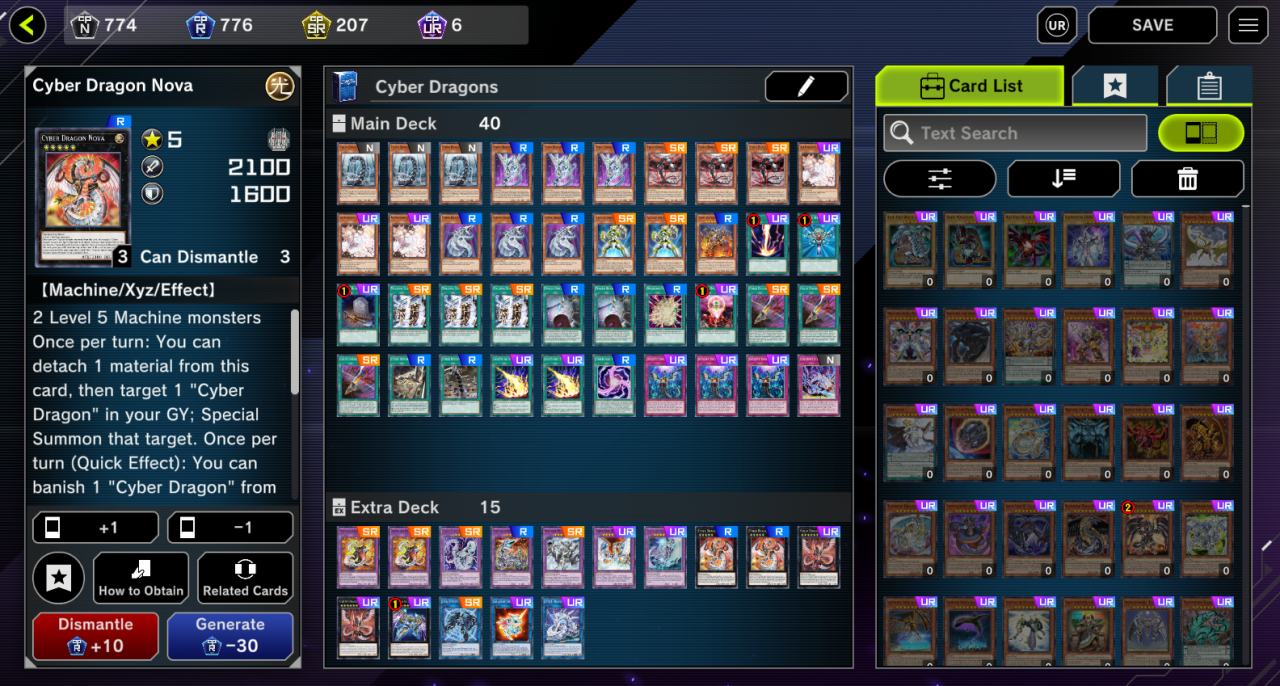 It costs 30 CP to craft any card, regardless of rarity, and dismantling a card will give you 10 CP. So normally, you’ll dismantle three cards to craft one.

The exception to this are Glossy and Royal-Finished cards, which are cosmetics effects for your cards. If you dismantle a Glossy card you’ll get 15 CP, and a Royal-Finished card will give you 30 CP. There’s a chance to get these special cards when opening Packs or crafting them.

But you won’t always have enough CP to craft the cards you need. When that happens, your only solution will be to open Packs. So, which one do you need to open?

The first answer to that question is “Not the Master Pack“. The second one will be answered by the cards themselves. Let’s say we want to craft a Cyber Dragon Deck from scratch. Where do I begin? Let’s search for a card of that Deck, in this case, Cyber Dragon Nova. There’s a nice button at the bottom of the selected card titled “How to Obtain” which tells you which Pack has the card.

Thanks to Ashaldar for his great guide, all credit to his effort. you can also read the original guide from Steam Community. enjoy the game.

A guide containing everything you could want to know about the Triage Tent and Unit Regeneration, including How it Works, Revival Chance,...

Artifact: How to Enable the Dev Console

Learn how to access the hidden dev console, letting you to change game variables and do other things.   Disclaimer By accessing...

Sunrider 4 The Captain’s Return: How to Unlock the Awards with Game Save (Sunrider Liberation Day)

For players who have played and completed the third instalment of Sunrider (Liberation Day) and have discovered the file called:...

A quick guide on the numbered door locations and how to find them.   All "Numbered" Door Locations (WIP) Door #1 The first...