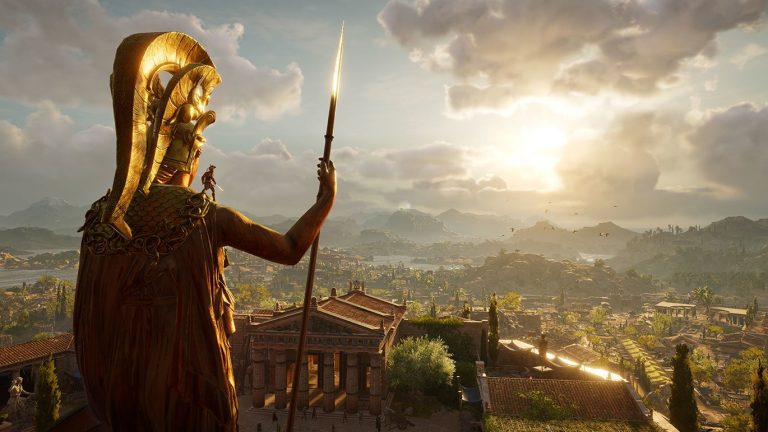 Assassin’s Creed Odyssey has received a new update version 1.03 on PS4 and Xbox One, but there doesn’t seem to be an update for PC, it will likely go live later today. Here’s what is included in this new update.

The following list is the issues that were addressed in this new title update. We will replace it with the full set of patch notes once they are available.

Description: Some players may experience low texture quality on the Silver Islands when using Ikaros.

Legendary Cultist Item not given

Description: There’s currently an issue where legendary items from defeated Cultists may not be given to the player if they stray too far or fast travel between knocking the cultists unconscious & confirming the kill.

Workaround: Reload a previous save.

Description: There is currently an issue where Zoisme and Kallias are spawned in the Cave of Gaia and cannot be reached.

Description: There is currently an issue where the “Aphrodite’s Embrace” achievement/ trophy did not unlock after spending the night with Xenia.

Workaround: Complete another romance questline in order to unlock the achievement/trophy.

Myrrine and Brasidas get teleported to Naxos

Description: There is currently an issue where a mercenary gets stuck inside a closed house in Fort Samikon (Forest of Soron / Arkadia).

Status: Will be addressed with a future TU

SCHEDULED TO BE FIXED

Description: Sometimes the dialogue with Barnabas doesn’t trigger which results that players remain without a quest if they fast travel from the ship after acquiring his shipment.

Workaround: Fast travel to the Adrestia

Assassin’s Creed Odyssey is available now on the PS4, Xbox One, and PC. The game was developed and published by Ubisoft.

Assassin’s Creed Odyssey Crash – Why And How To Solve It.