Having a good grasp on which heroes are worth spending your hard earned monkey money on and which are not, is essential and this is the primary goal of this guide/tier list.

You may have started with Quincy as your hero and then just hanged unto him, and now you want to try out some of the other heroes in Bloons TD 6, but who should you choose? You’ve come to the right place. Having a good grasp on which heroes are worth spending your hard earned monkey money on and which are not, is essential and this is the primary goal of this guide/tier list.

There are 13 heroes in Bloons TD 6 and I will be rating each one of them by rank and explaining my choice a bit more in detail. I’m no pro, but since I have over 20 hours of playtime, hopefully my experience can help make up your own choices.

The Different ranks are:

D Rank: Stay away from these heroes!
C Rank: Not a lot of great uses
B Rank: Very standard heroes
A Rank: Overall pretty good at almost everything
S Rank: Top tier heroes I’d choose them over the others

Reminder: Those ratings are purely subjective and by no means are gospel you should follow blindly. This only serves as giving insight on them.

Feel free to comment on points of the guide, I will be improving it over time, and as updates come! 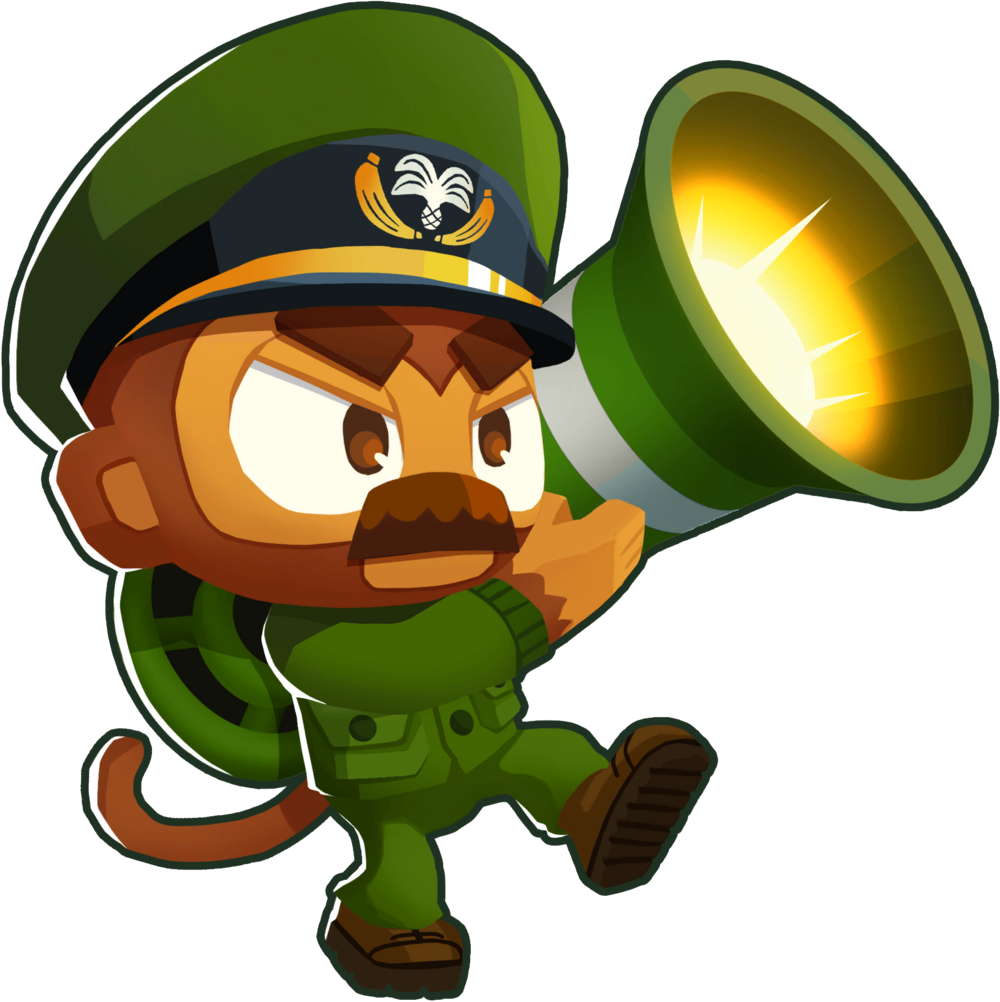 Honestly, there’s really no reason to use Striker Jones. He synergizes only with explosive towers and even then, his buffs aren’t worth considering. Providing some pretty tiny stats like 5% bonus range, this hero is left on the wayside as others do his job a hundred times better.

His activated ability “Concussive Shell” is his only shining light, stunning all bloon/MOABs for a short period. That doesn’t make up for his horrific weaknesses though! 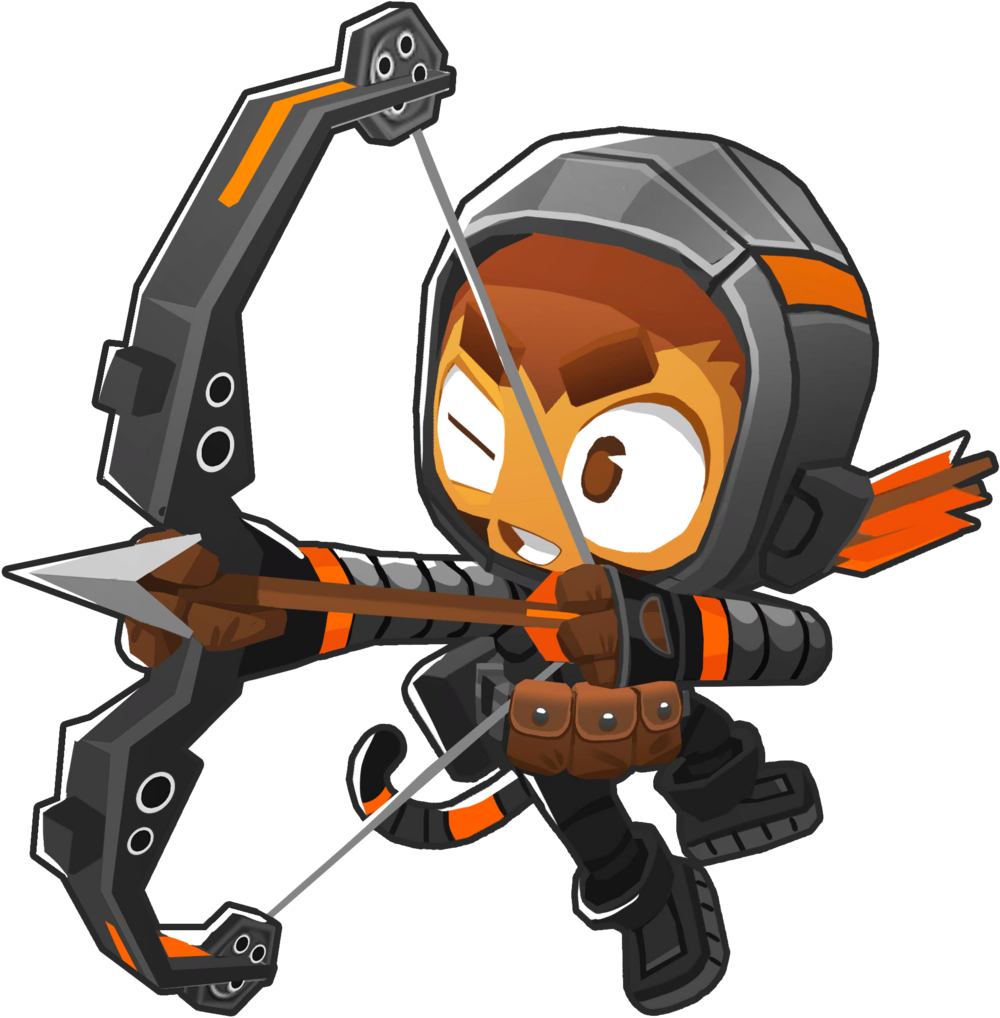 Quincy will be recognized by all players as the hero you start with, and he’s a great choice at all stages of experience.

No matter if you’re just getting started in Easy mode, or attacking Intermediate maps in the CHIMPS mode, Quincy can always be relied upon.

A lack of defined strengths plagues this hero though, other choices are better for specific situations. Overall, Quincy is still a hero you should consider. 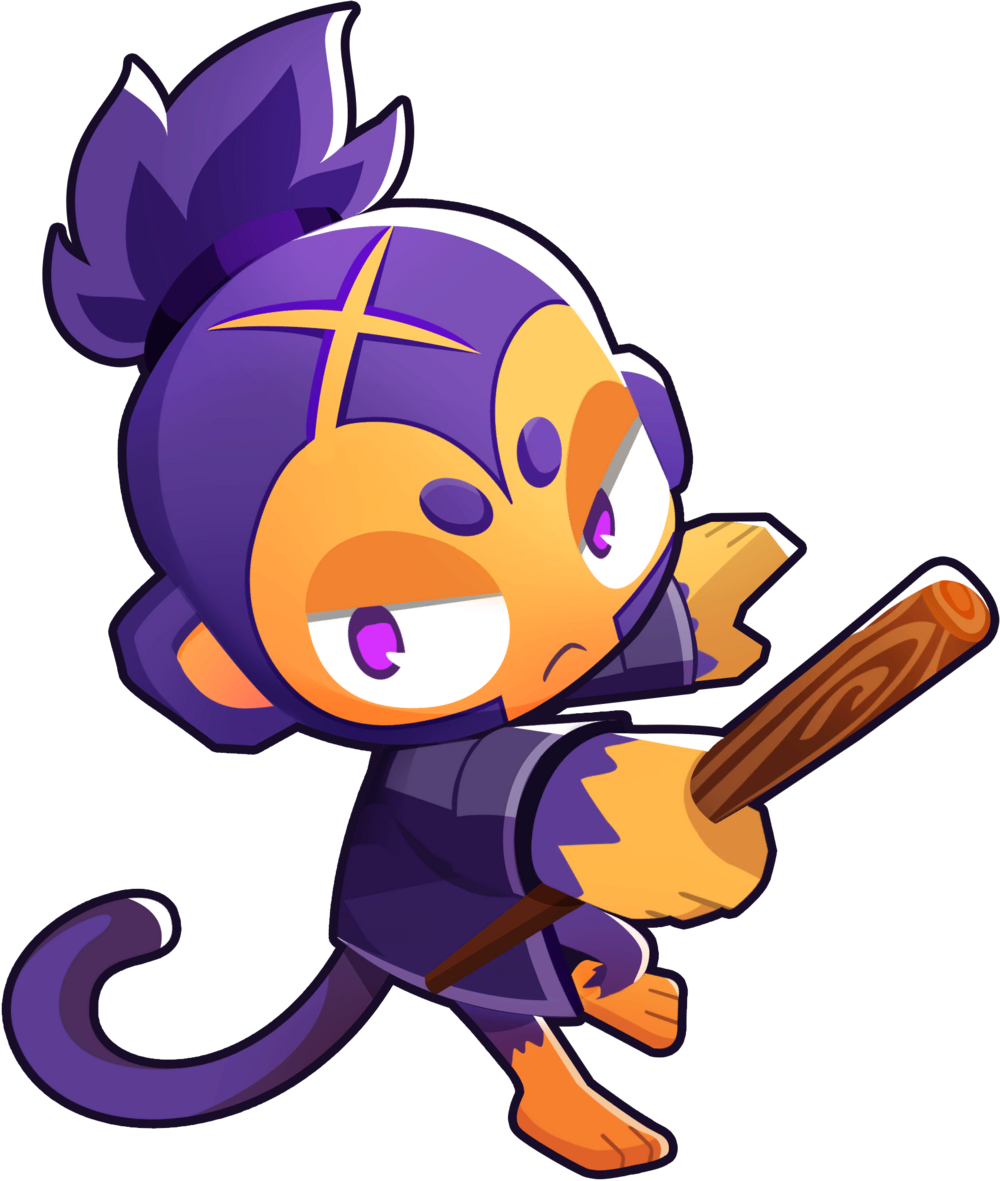 Ezili is one of the newest heroes to be introduced to Bloons Tower Defense 6.

A female monkey, her attacks infect a bloon, popping a layer before disappearing.

During the early rounds, her damage output is lackluster and her abilities are nothing to turn your head at.

Joint with Obyn Greenfoot as the cheapest hero in the game, there’s a reason for her lack of power.

Thankfully, Ezili levels up after every round, regardless of how many bloons she popped.

Overall, she’s certainly unique but other heroes do her job a lot better!

In terms of raw power, no other hero can match Captain Churchill.

More tank than monkey, this hero has an arsenal of machine-gun fire and rockets to lay waste to bloons.

With built-in camo detection, explosive attacks, and a massive range, Churchill is viable at all stages of a map run.

All of this justifies a huge cost, by far the highest cost of any hero available! 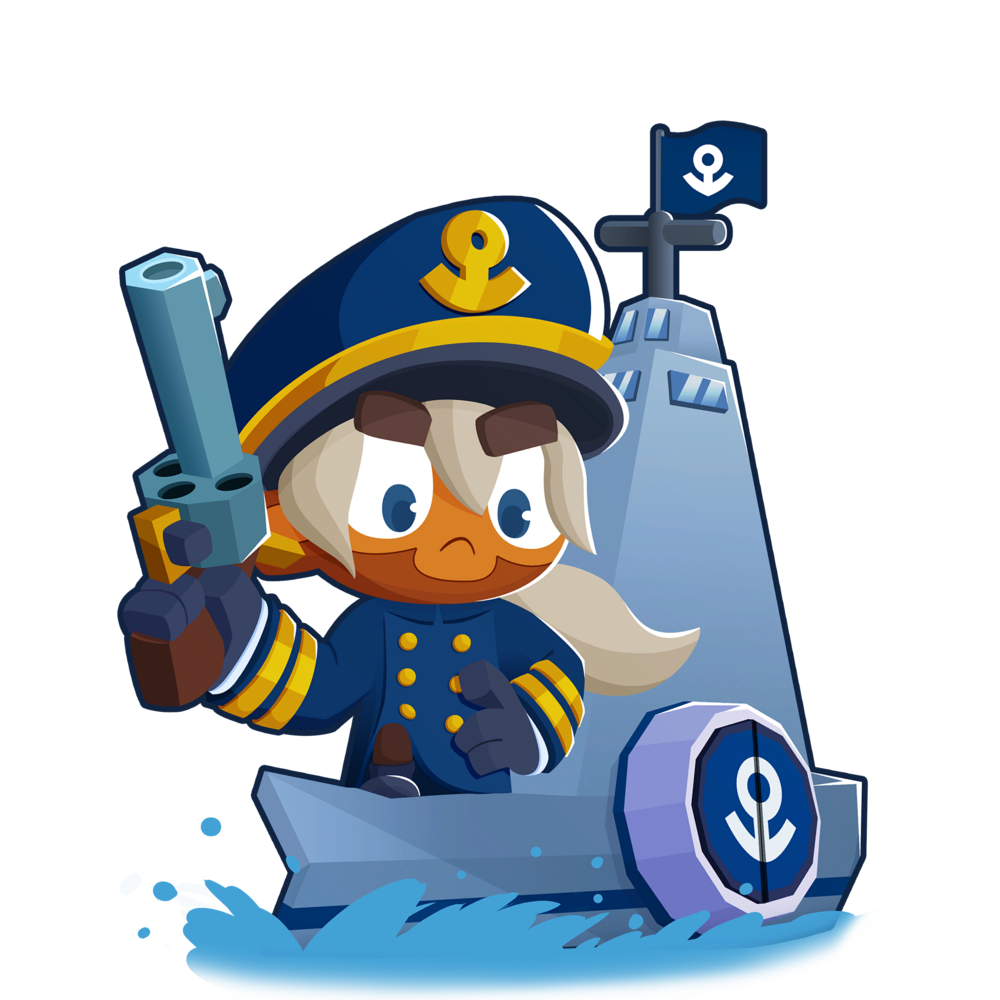 The first and only water-based hero. Admiral Brickell will be your premiere tower on naval-based maps, buffing every water-based tower on the map at level 19.

A hero like this has been sorely needed for a long time!

Providing some decent popping power herself, she’ll place mines in the water around her, as well as fire from her ship with a powerful revolver.

No innate camo popping powers are available though, instead, it comes with her Naval Tactics ability. 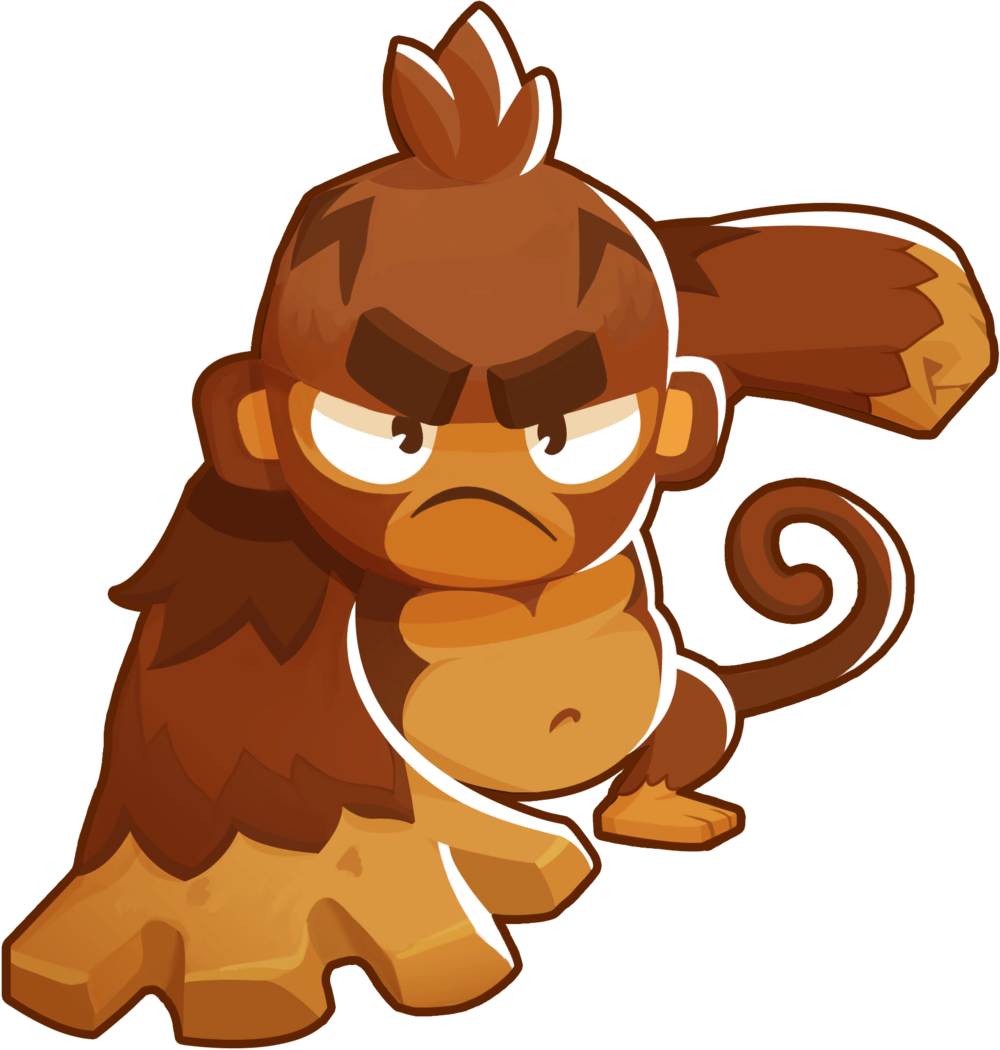 The only melee hero to be released so far, his attacks hit a large area and they can stun bloons.

As he levels up, Pat Fusty will be able to stun MOAB class bloons and even knock them back.

The only bad things are his lack of range, although it does drastically increase as he levels up, and his truly massive size.

Placing him in certain maps will be rather difficult and efficient tower placements are almost always required to beat harder game-modes. 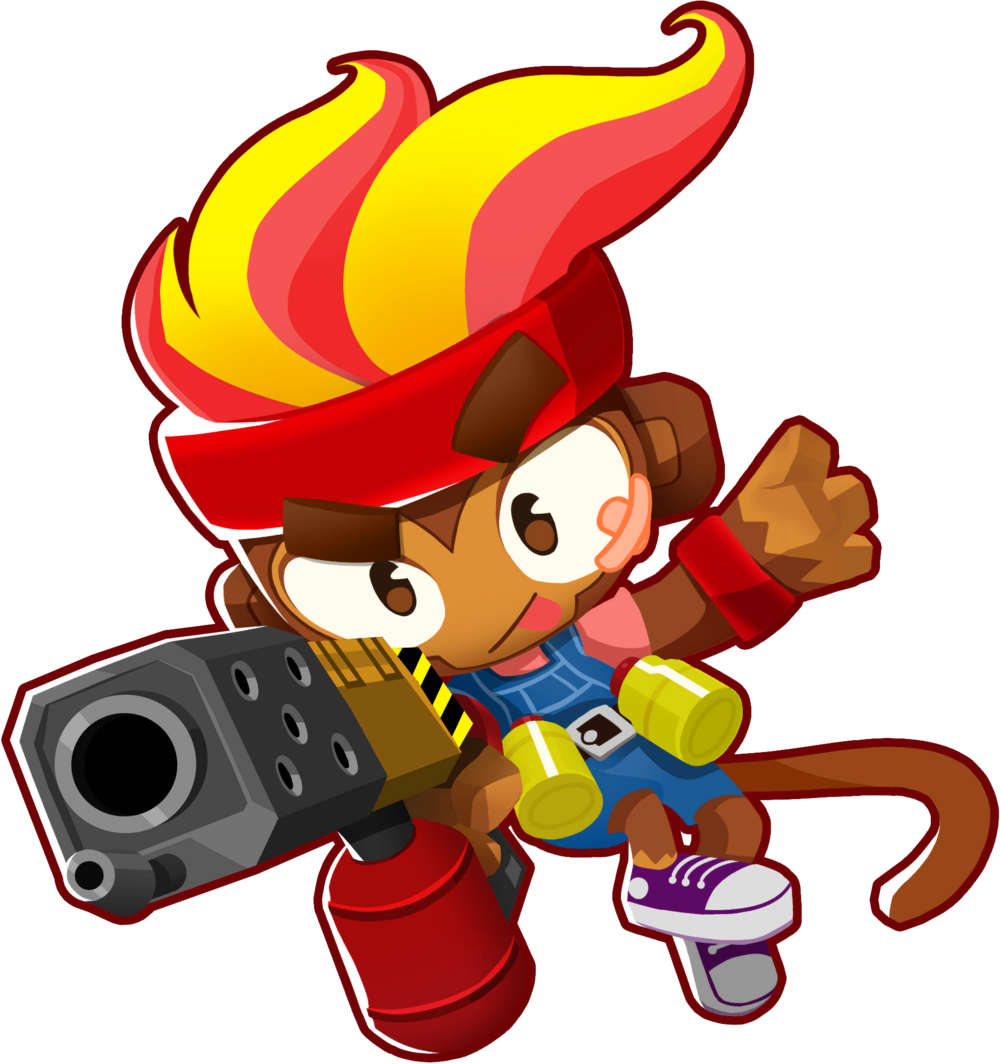 With a relatively cheap price, Gwendolin is another early choice for starting or returning players.

Shooting fire attacks and giving all nearby towers burn damage on their attacks is great.

Some bloons are immune to fire which kind of sucks, so be aware of that.

Gwendolin’s damage output is quite high, placing this hero correctly can result in a huge amount of bloon melting power! 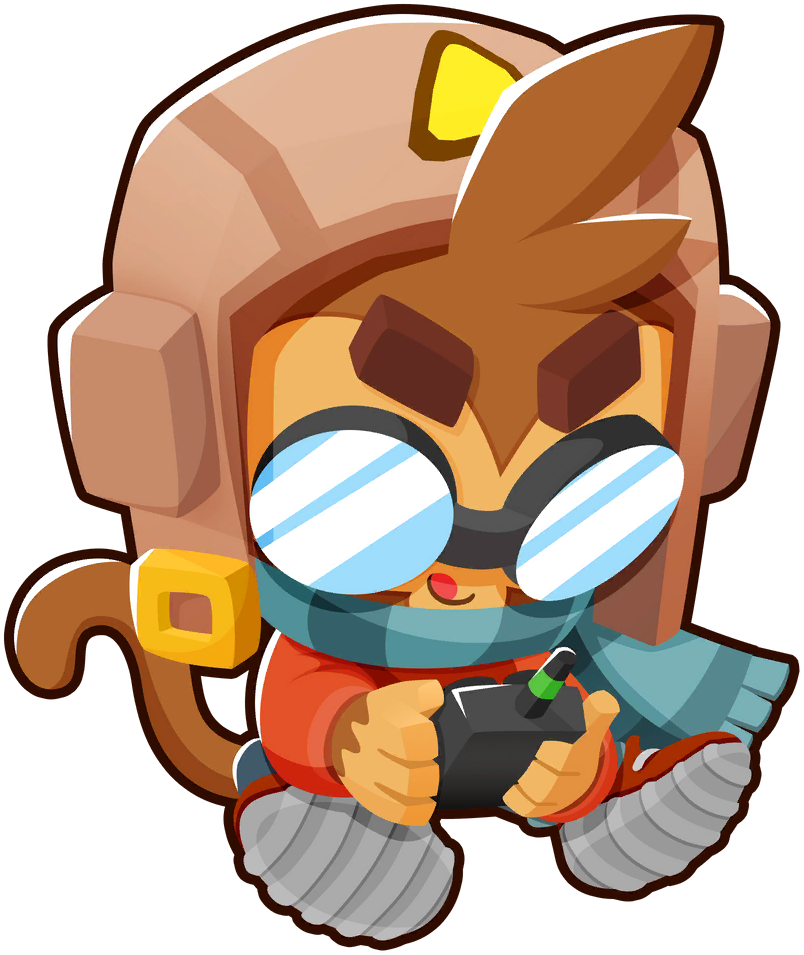 Providing little in the way of popping power (bar his abilities) until level 20, Etienne’s main strength his ability to grant camo detection to all towers on the map at level 8.

That’s crazy, getting it so early can save so much cash and upgrade paths for your crucial towers.

His drone abilities can be good at getting through swathes of grouped bloons. Use him on maps with little space for monkey villages, or primary-only game modes. 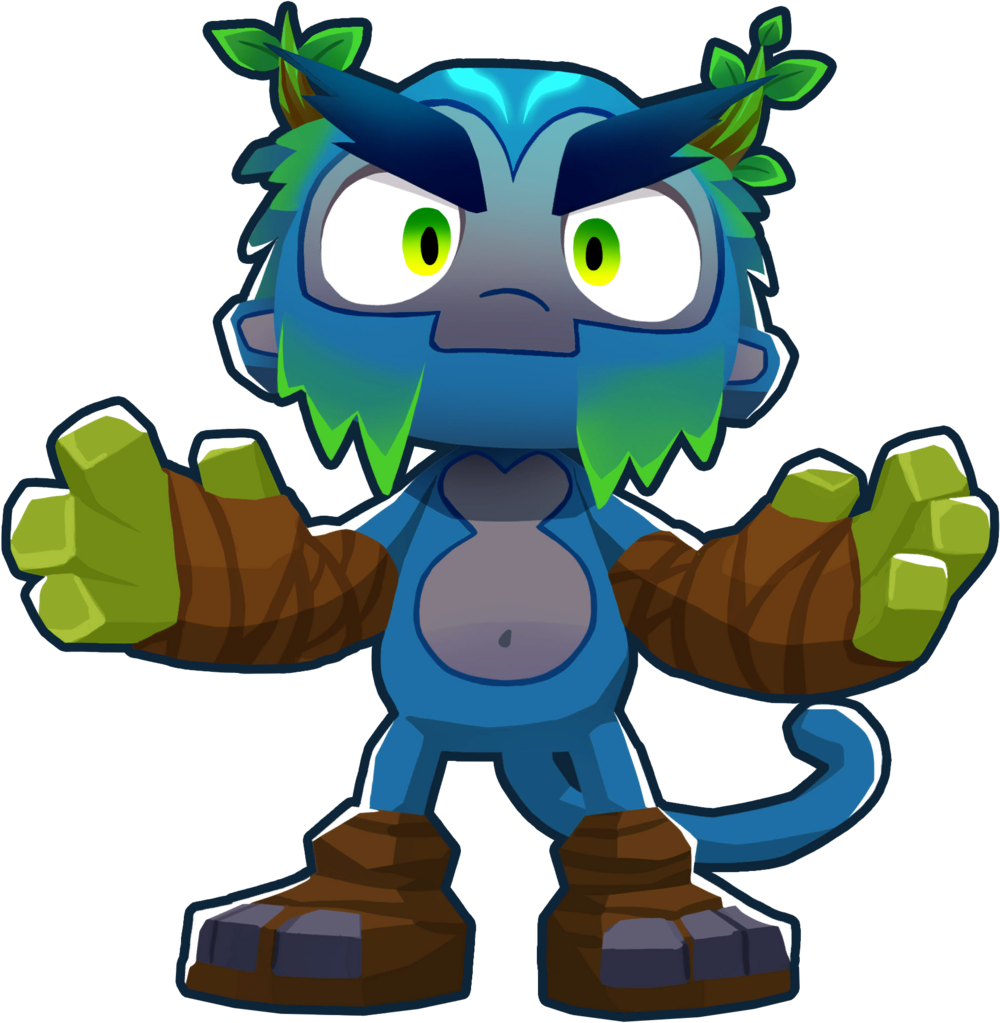 Offering a versatile skillset is Obyn Greenfoot, a magical hero who boosts the power of other magical monkey towers. With his price being so low, this hero is a great choice for round 1, as he can pop lead bloons.

Obyn’s two abilities “Brambles” and “Wall of Trees” both place resources onto the track, dealing significant popping power to those unlucky bloons who go near them. The trees also burst into a pile of bananas when they run out!

A great strategy to use is Obyn Greenfoot, a Ninja Monkey, and 3 Super Monkeys.

The popping power available with this is so high it can complete almost any map on any difficulty!

A slight annoyance is the totems he places, in CHIMPS mode they cannot be sold so placing a tower next to him can be frustrating. 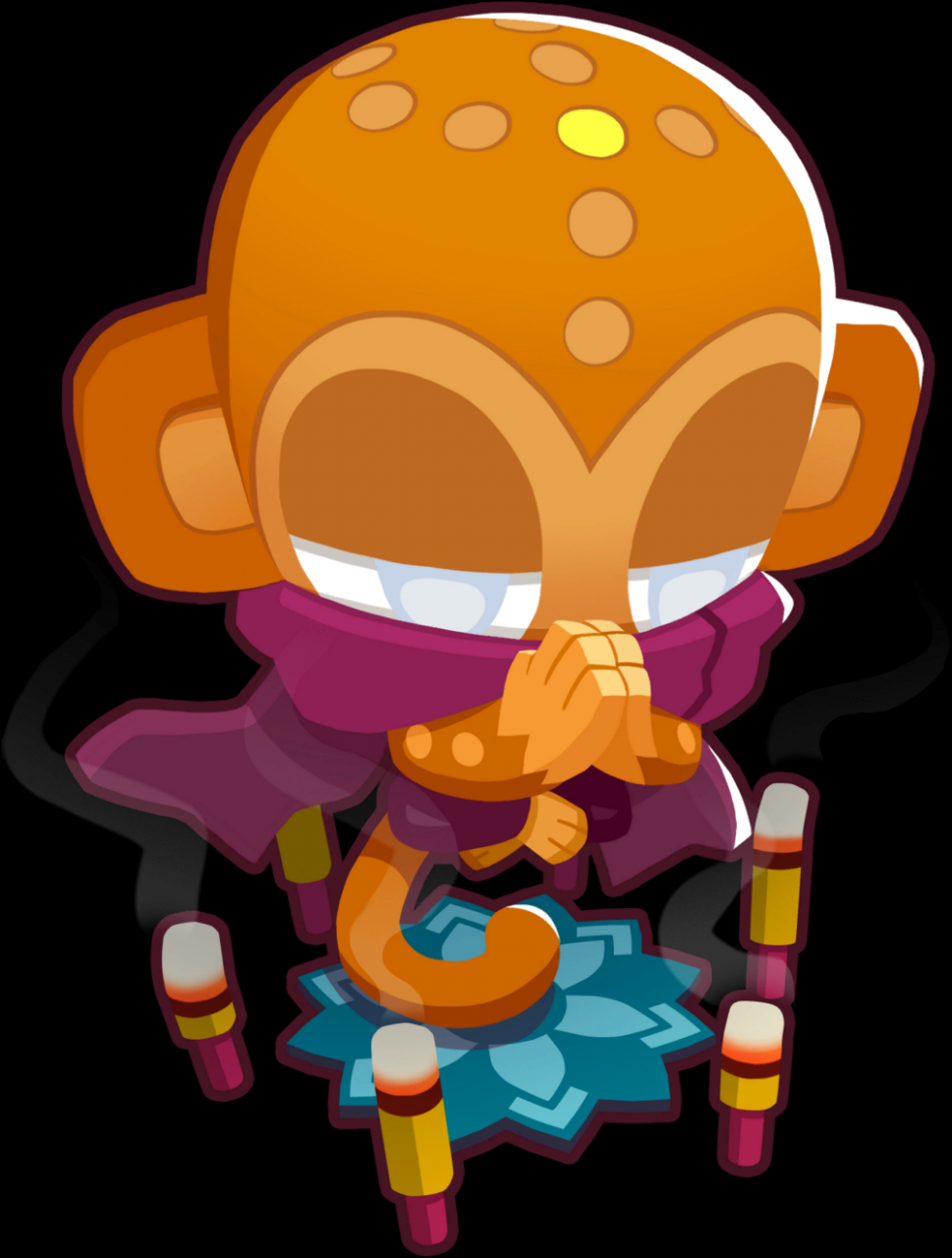 He’s the first hero to incorporate infinite range, so you can place him anywhere on the map, so long as you can still make use of his abilities.

Since his attacks deal damage over time, popping bloons from the inside out, his burst damage is really low.

MOAB-class bloons stroll past PSI without much of a problem, until he reaches level 16 or so.

PSI’s Psionic Scream ability is his best asset, causing havoc against every type of bloon imaginable. Such power is justified by a lack of support and popping power in other areas.

If you prefer to afk through rounds, you’ll definitely need to pick a different hero. 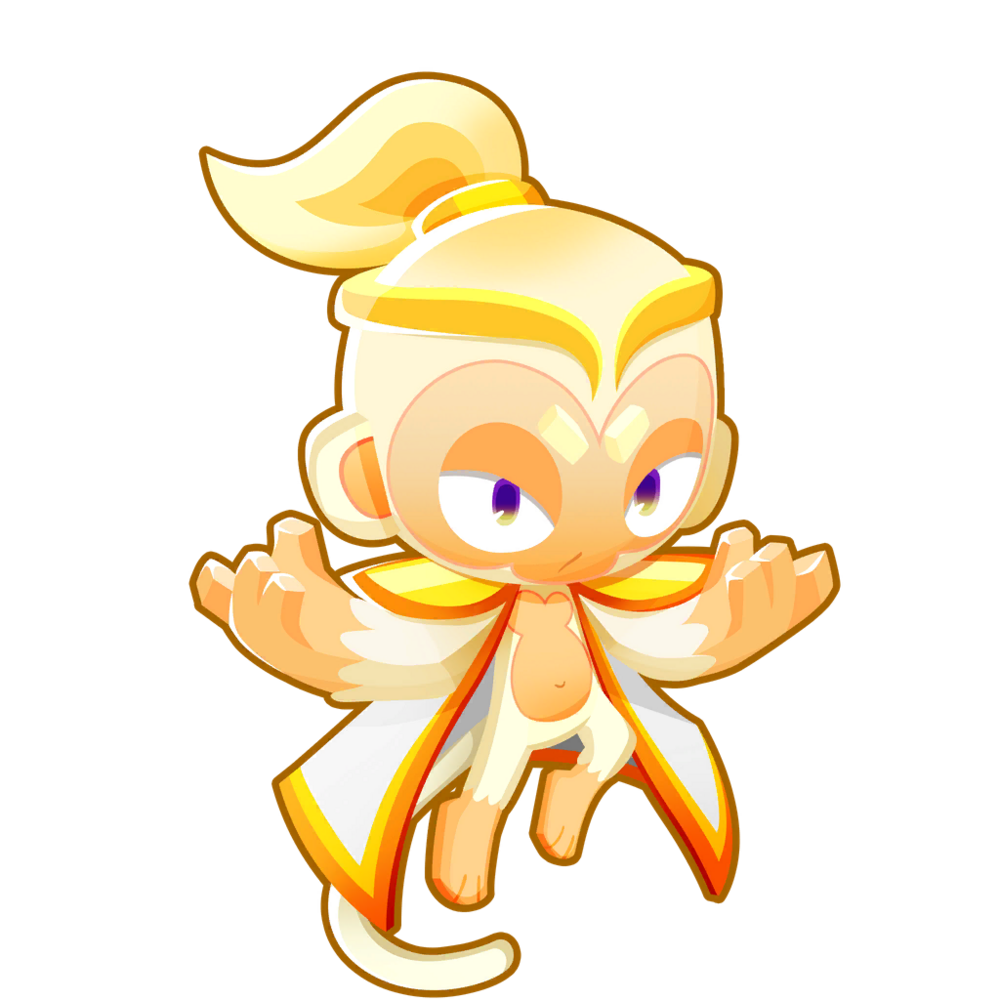 Very little in the way of utility, Adora is all about damage. Firing magic bolts that auto-target bloons, Adora can pop lead balloons too.

However, she cannot see camo bloons by herself.

As she levels up, she fires more bolts per attack and they deal way more damage.

Adora’s first ability allows you to sacrifice towers for more exp, eventually, you can get one hell of a DPS mage with the right investments! 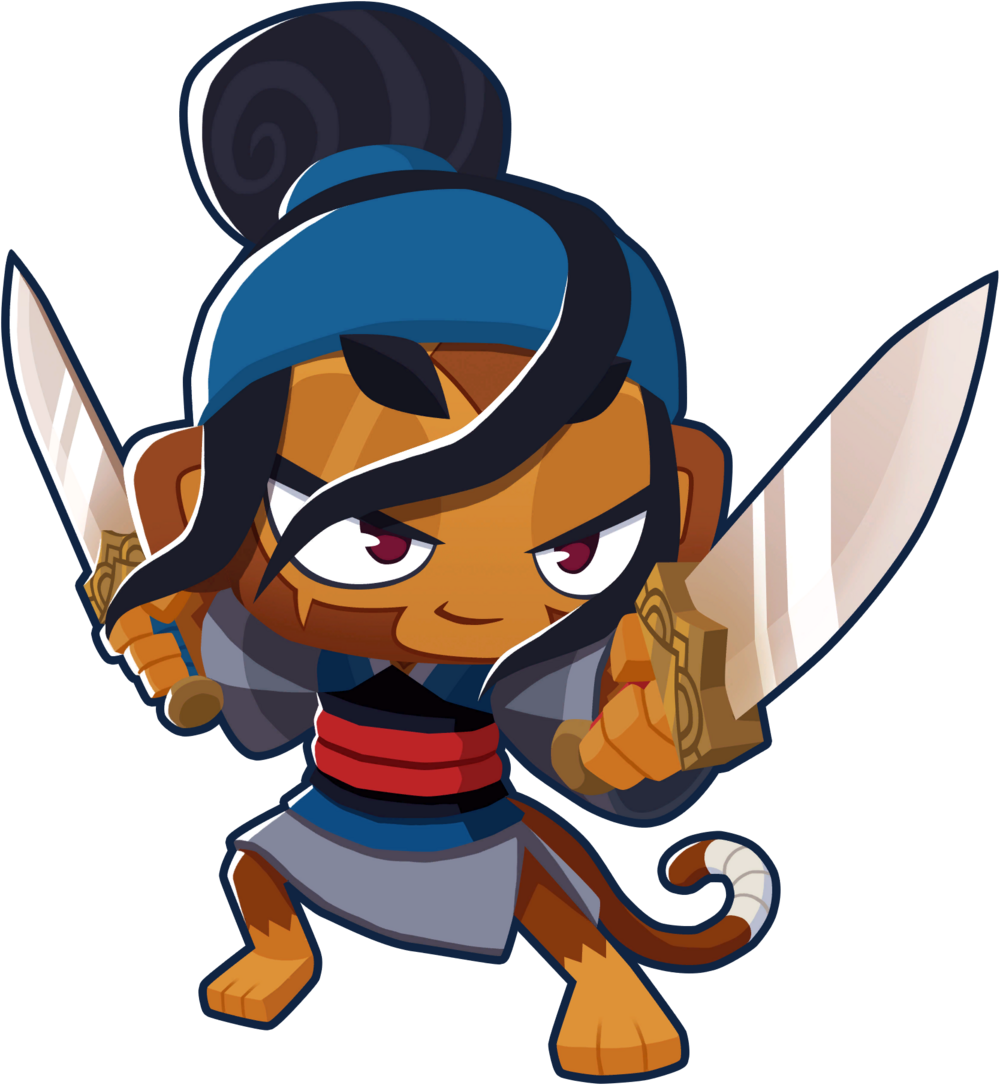 In terms of popping power, no other hero compares to Sauda. Focusing entirely on raw damage out-put, she is a melee hero and thus, has little range.

Her 2nd ability, Sword Charge, leaps into the air and strikes all bloons along the path. She is unable to use her regular attack while this is active, but it’s an effective option for dealing with bloons outside of her range.

From my experiences of play-testing her, Sauda’s popping power is absolutely insane when paired up with a supportive Alchemist and Monkey Village.

By round 120, she accrued 3x more pops than a fully upgraded/supported Archmage Wizard!

A problem often encountered on higher difficulties is fortified & re-grow bloons. With less income, it’s harder to deal with them.

Thankfully, Sauda has insane pierce and popping power against those types of bloons. With additional bonus damage against CC’d bloons, all you need is a Glue Gunner or Ice Monkey alongside her. 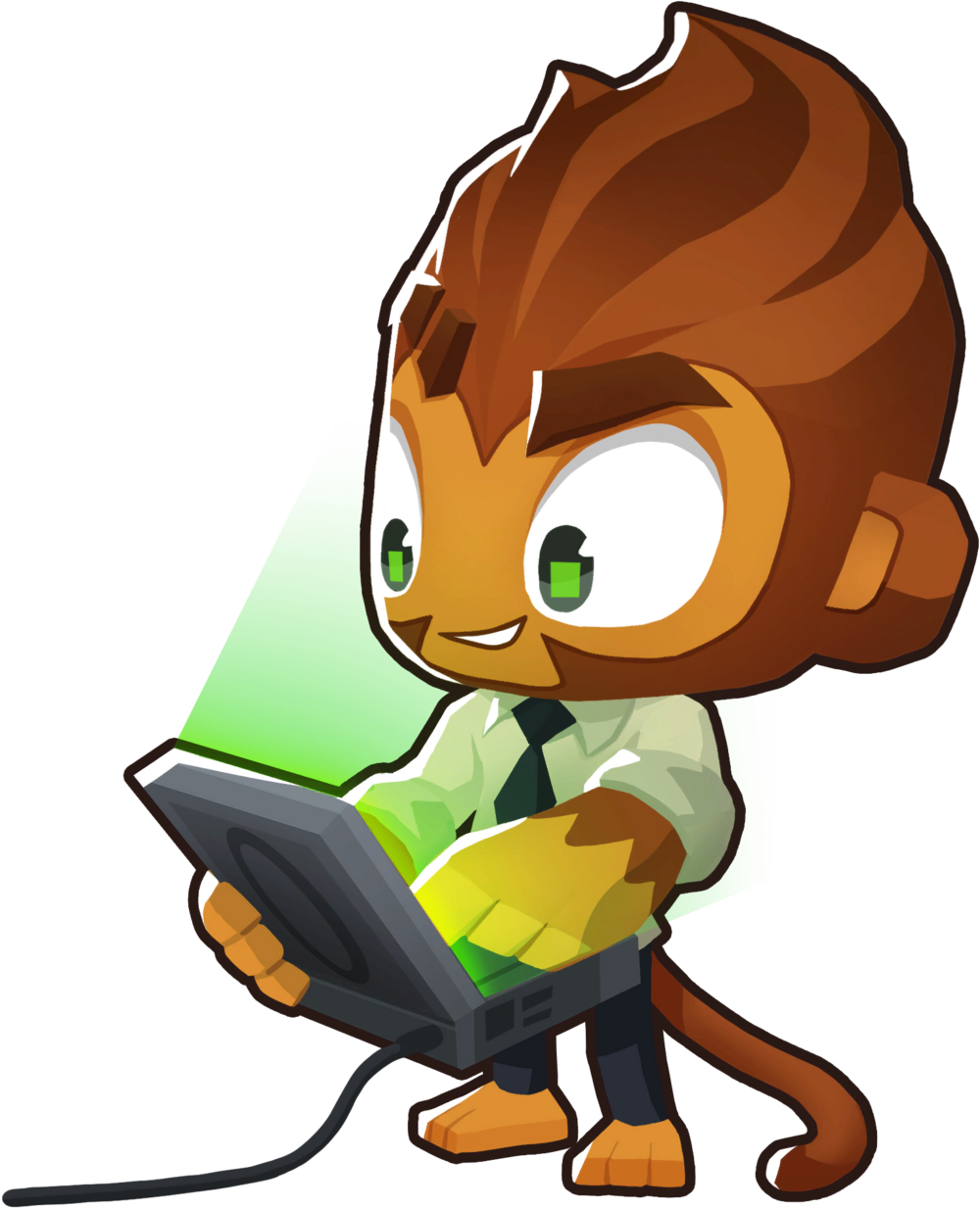 Benjamin is the 2nd most recent hero to appear in Bloons Tower Defense 6 and is arguably the most unique.

Instead of popping bloons, Benjamin will give you a nice income boost at the end of each round.

If you can get this tower early into your playthrough, you’ll make your money back seven-fold.

By the time round 40 comes around, Benjamin will have his hacking abilities, making the MOAB produce no bloons upon its death.

Try to aim for round 100 as he can provide a huge amount of cash, as well as hack plenty of bloons and MOABs. He’s undoubtedly the best hero available right now!

Do note that Benjamin cannot earn money in C.H.I.M.P.S, making him largely useless, so equip a different hero when going for that black border.

Thanks to Tr0ndhj3m for his great guide, all credit to his effort. you can also read the original guide from Steam Community. enjoy the game.

Mythic Manor is a free adult interactive visual novel game developed by Jikei, which offers a new home and a new world. here is a simple...

As the latest version 0.18.1 had been released in December 2021. here are all cheat codes and wallpaper codes for the latest...

3-1 Cube puzzle layout and some information   Layout Gold cubes can only be destroyed by aligning the...

A guide meant to introduce the basic mechanics of Primitier, the world and the properties of each material. Gameplay...

Chorus: How to Disable Motion Blur