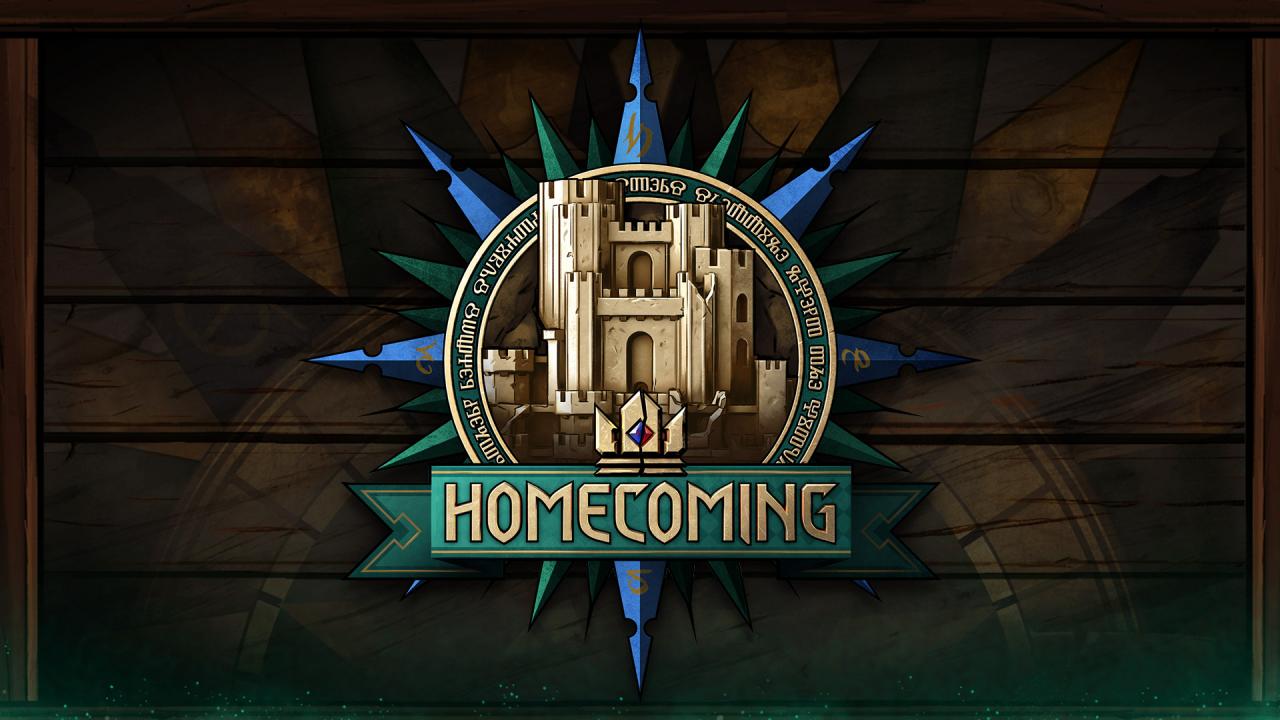 After 5 months, as the community manager Burza of CD Projekt Red promised, the Homecoming project of Gwent – The Witcher Card Game is finally revealed before the final of Gwent Challenger. Gwent is back with two rows, new Witcher 3 style board, new mechanics and more.

The mulligan mechanic is different now, cards that players putting away will not go back to the deck directly, they stay aside until player finished redrawing, which means you will not redraw the same card you putted away but since there are only two copies for each bronze card in you deck, the current blacklist mechanic is probably removed from the game. 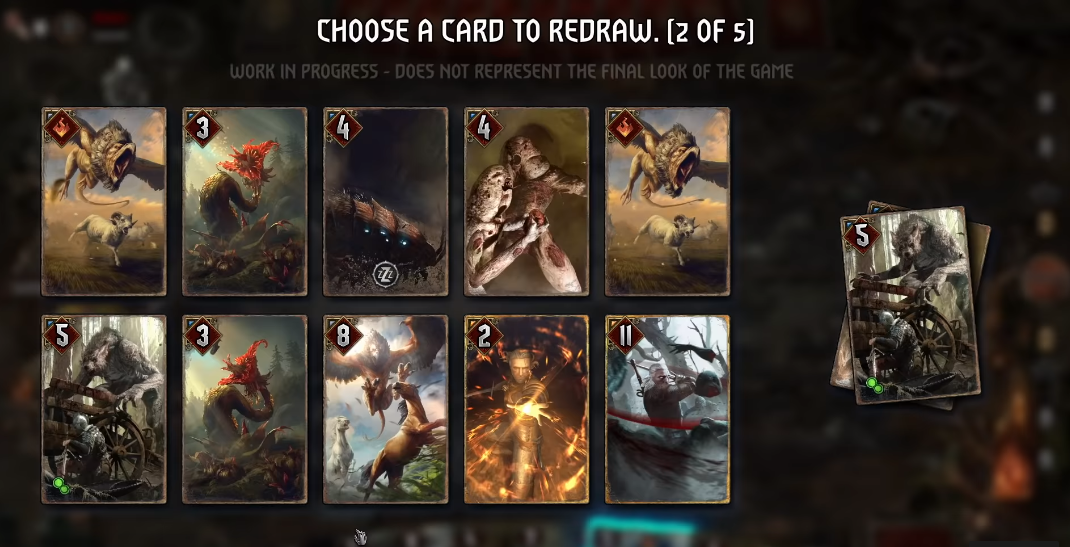 New Board And Two Rows

As promised, Homecoming will bring a darker and more Witcher 3 Style Gwent, and CDPR totally did it, the new board is fully 3D in witcher 3 style. Leader of each player will not be a card but standing at the left side of the board. The board will be different according to the faction of each player.(Both monsters faction in the video)

The biggest difference is after Homecoming, there will be only two rows(melee/ranged) instead of three, and 9 units maximum for each row. Some card effects will be different when they are deployed in different row, besides, there is a new reach mechanic, which means some cards with a short reach cannot deployed their abilities on those cards out of the reach(A card with two reach cannot use their abilities on opponents ranged row when it’s deployed on own ranged row.) 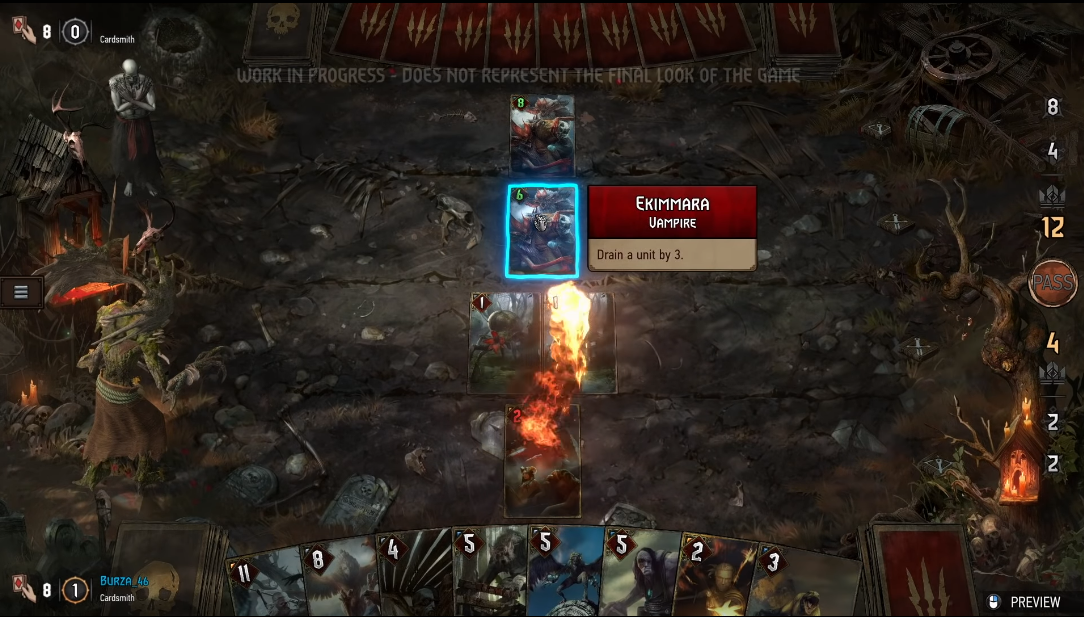 They confirmed that there will be no silver cards(bronze and gold only), they also showed lots of new cards effect, in case you missed it, there is collection of all the new card effect revealed on the first Homecoming video. 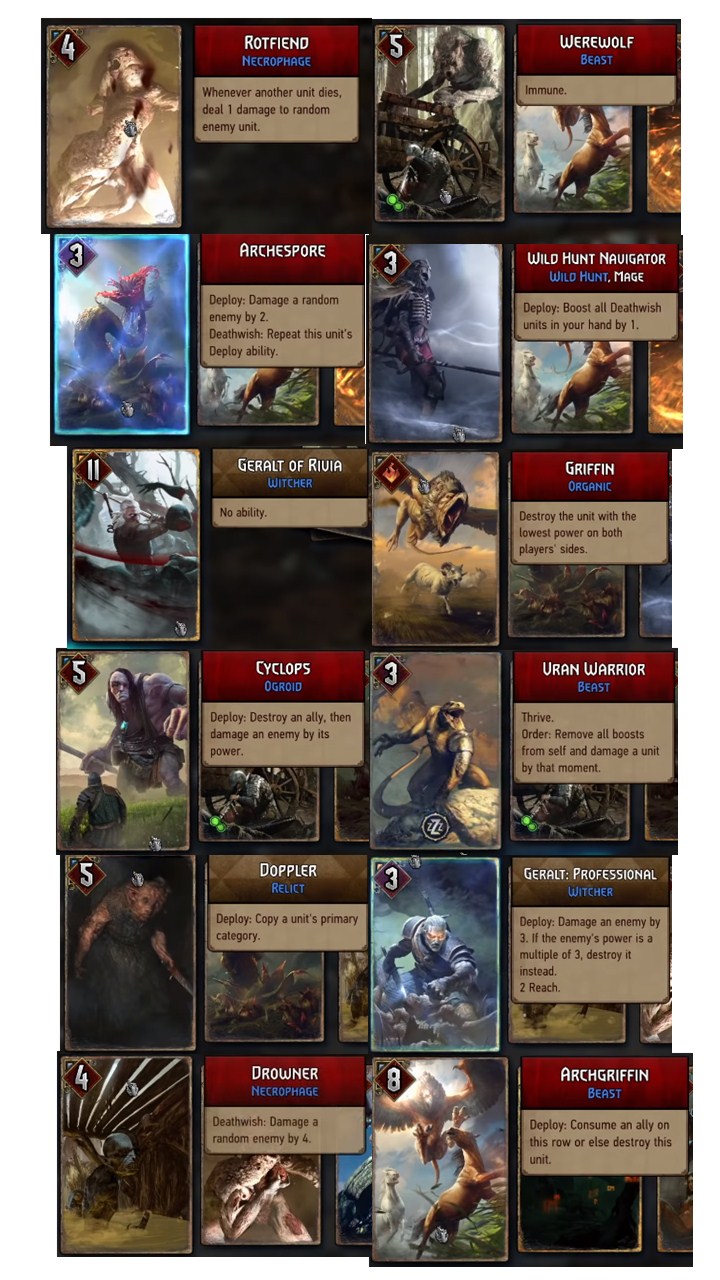 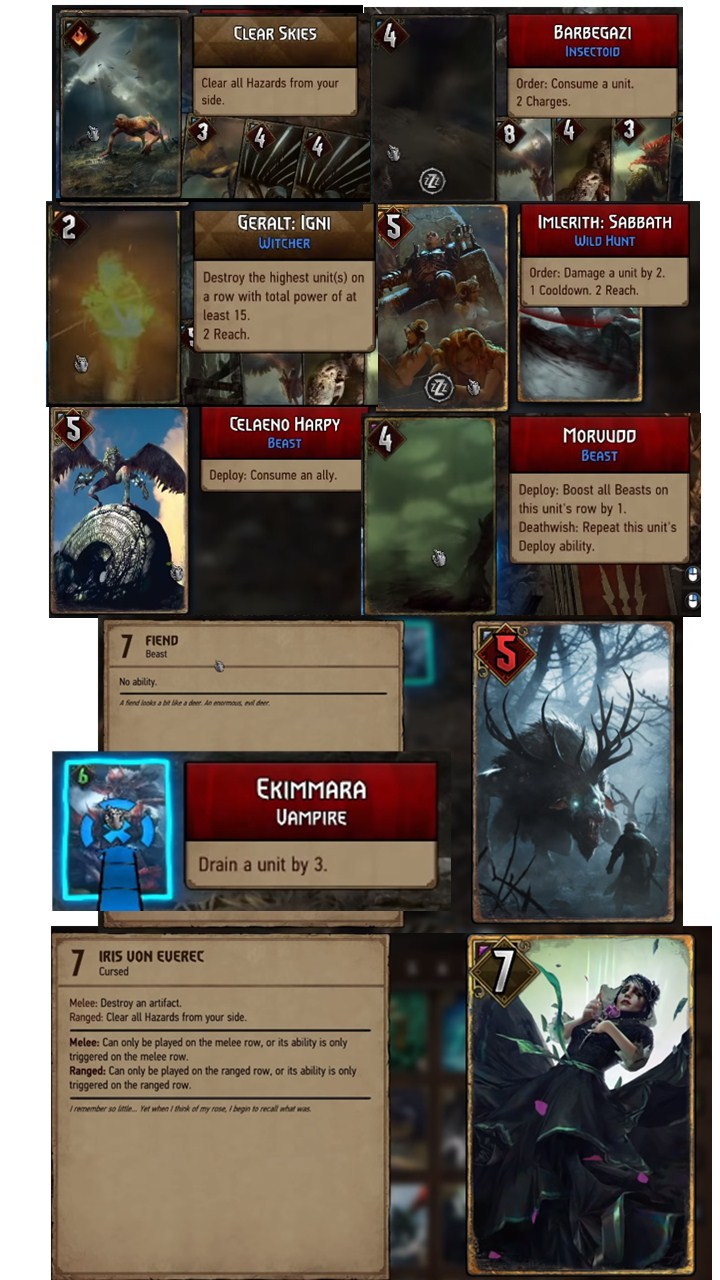 (What’s an artifact is currently unknown)

We will update latest news about Gwent as well.

Thronebreaker, The Campaign Mode of Gwent Is Now An Independent RPG