Here is a guide on how to play as Eastocean Fleet and Westwastes Fleet.

Before you tell me something is wrong after this was posted it is very likely the developer could change something since its in early access : )
In order to play as Eastocean you must win the civil war against the regent forces once you are victorious you will get a handful of events that will change your faction.

Your first choice will decide if princess Jing ascends from royal heir to empress or if Lord Wenchang rebuilds the Imperial Court.

If you choose Jing she will become your faction leader, gain the benefits of being the emperor/empress and you become the Galactic Empire, your policy tree will be the same and you keep all your current fleets and decide the fate of the regent commanders (recruit, kill or release).

If you choose A New Court (Lord Wenchang) the commanders of Eastocean are disappointed and betrayed, they decide to declare independence in doing so declares war on the newly formed Imperial Court.

This gives you another choice: Who do you want to play as?

If you choose Imperial Court you will get most of the same effects from Galactic empire but you lost the Eastocean commanders and Lord Wenchang becomes the new Prime Minister.

But if you choose the challenge that is Eastocean Fleet you will only have 3 commanders left and you keep the eastern planets (about 5 when i did this) and your new enemy chooses the fate of Regent commanders. So why do this? You get a new Policy tree that includes 2 new units and each of these 3 factions get a unique ending event if you win the game. 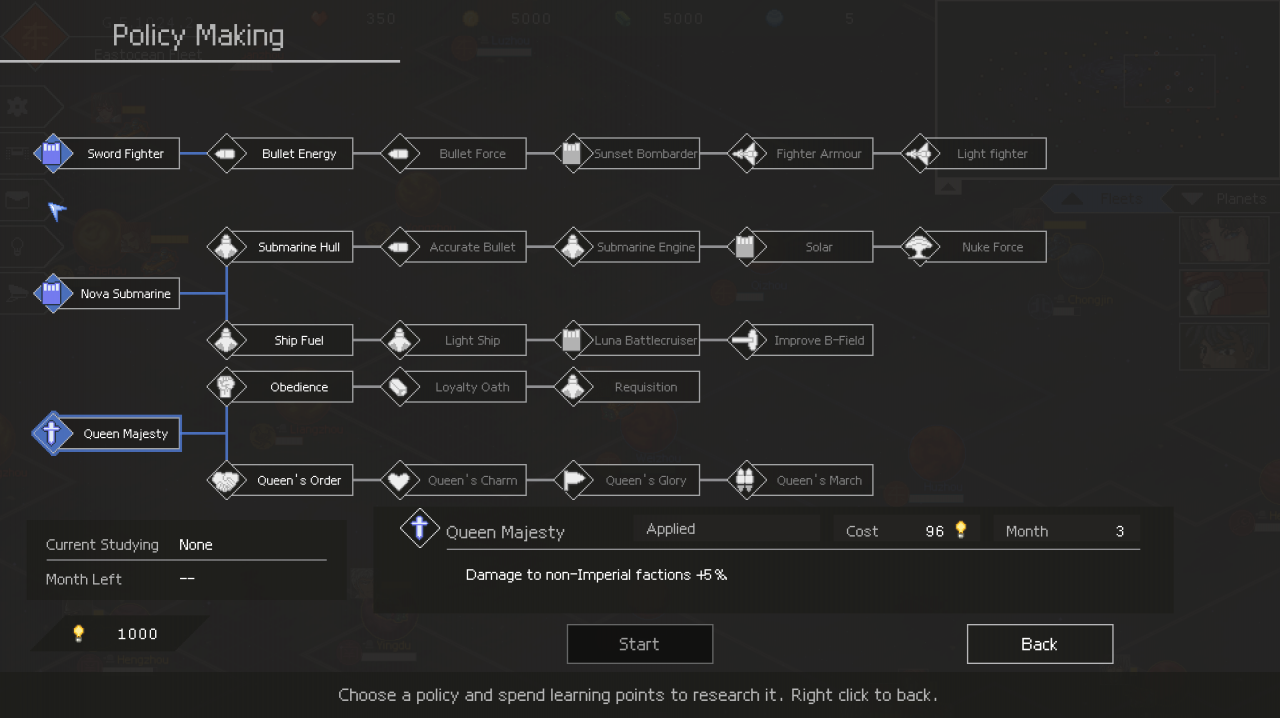 Your two new units are the following:

The Sunset Bombardier is a fighter squad with 6 missile launchers and 7 movement.
The Solar Nuke Submarine is (surprisingly) a submarine with a nuke : ) and 7 cannons, not sure if you stay in diving state if you fire the nuke but I think you would since the bio torpedo doesn’t deactivate dive, and finally it can use the extinction option when taking planets.

These are the new Policies (I’m not including unit stat upgrades such as Bullet Energy):

In order to play as Westwastes Fleet you must complete the same conditions as the royalists: win the civil war and in doing so get an event.

Your first choice will decide if princess Jing lives or dies, compared to the previous choices as royalists there is only one other faction if you don’t count Regent Forces.

If you choose to kill her you lose 100 prestige and become the imperial foe, Westwastes becomes independent and declares war.

if you choose to exile her she will wander the galaxy and other factions can recruit her she is still considered the heir to the empire, since the civil war is over the Westwastes admiral declares his dept paid and becomes independent.

After she is exiled an event can trigger where she joins another imperial faction, become the empress and turn them into the galactic empire.

Just like Eastocean, Westwastes takes your western planets and has 3 commanders.

Both of these choices let you choose your faction: 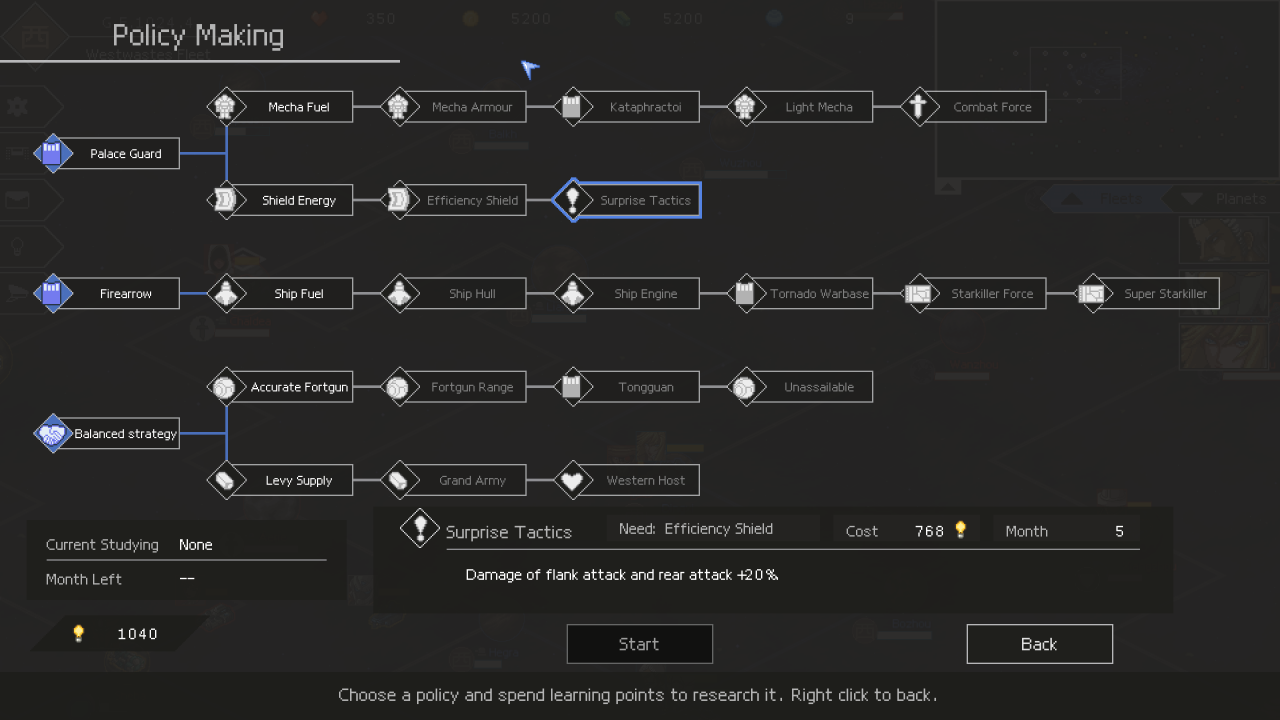 The unique units are the following:

The Kataphractoi is a mecha unit with thunder halberds and chase.
The Tornado Warbase is a “ship” but honestly its more of a mobile mega fort, it has a starkiller beam and 7 machine guns, it also has iron wall so it can never be flanked and overhaul able to repair units around it and itself.

Thanks to NeverZero for his great guide, all credit to his effort. you can also read the original guide from Steam Community. enjoy the game.