A guide on how to beat The Motel. This guide contains general information, monster info and the locations of keys and altars

The goal is to feed Mrs. Mary 8 times to summon and beat Brogloton. The more times you feed Mrs. Mary, the faster and stronger she becomes. You can only carry one piece of meat at a time.

The first objective is to feed Mrs. Mary. 4 pieces of meat can be found in the buildings in the bottom and top of the map (Orange dots on map below). Pick up a piece of meat and find an active altar. Active altars look like regular altars but glow red. After feeding, the altar will become inactive and new ones will become active. Mrs. Mary will now come to feed at the altar the meat was offered at.

At this point, energy altars have spawned on random locations on the map. They glow orange and can be seen from far away. When activating an energy altar, damage can be done to Brogloton. Repeat this until Brogloton is dead. If Brogloton comes to close, you can stun it by switching your ammo to explosive rounds. Each player has 3 explosive rounds. When Brogloton has no health left, the game will end.

The locations of the objects are shown on the maps below. They are represented as colored dots. These do not pinpoint the exact location, but the area the object can be found in. 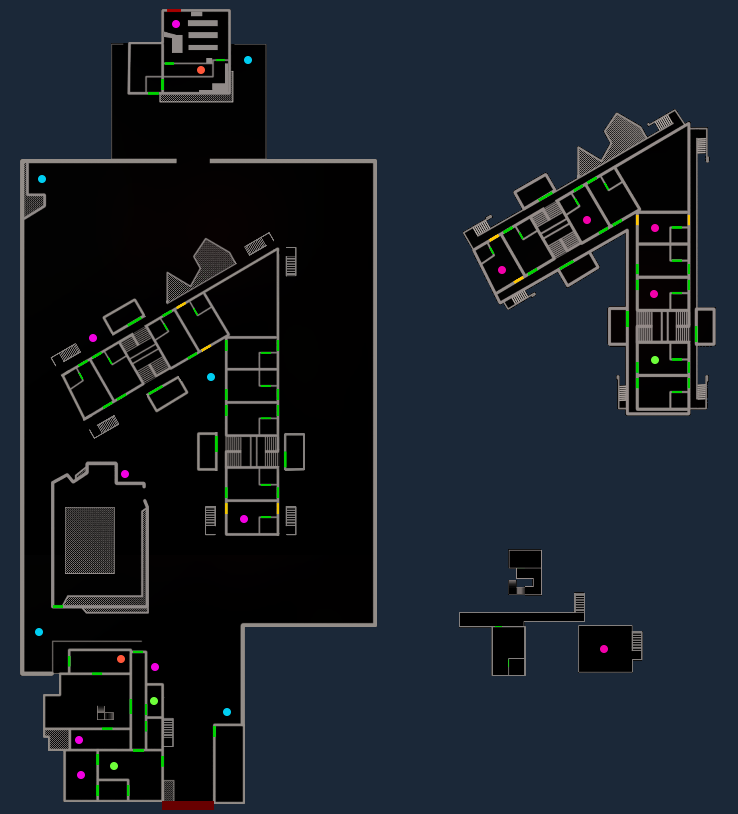 The Motel has six different monsters that will attack the player.

Mrs. Mary
Mrs. Mary is an elderly lady possesed by Brogloton. She will attack the players at random intervals. She can be temporarily calmed down by shooting her.

“Wasps”
Wasps are a class of Lackeys that look like a wasp. They will try to sting the player.

“Huggers”
Huggers are a class of Lackeys. They’re slender and have long claws. They will run a the player with open arms on sight. When they catch you, they will hold on to you.

“Laughers”
Laughers are a class of Lackeys that is rarely seen. They’re very fast and will try to knock the player out, leaving you with a black screen for a couple of seconds. When you hear them laughing, it’s often too late.

“Screamers”
Screamers are a class of Lackeys with an enlarged mouth. They will scream at the player, leaving them stunned and unable to move until the Screamer is killed. They can be killed by shooting them in the head.

Brogloton
Brogloton is a demon which is released upon feeding Mrs. Mary. It will eat the player when it comes too close, and will shoot skulls that slow down the player. It has a shield that will prevent it from being damaged.

Thanks to Blasty for his great guide, all credit to his effort. you can also read the original guide from Steam Community. enjoy the game.