Description of monsters, which ones are better for a beginner and about the game in general

There are several types of monsters in the game for which you can play.
1.Killer Monkeys (Scary Big Beasts)
2.Agatha (Creature with Long Arms)
3.Golden Watchers (Modest Ax Killers)
4.Duck Ducklings (Stealth Beasts)
5.Gremlin Clowns (Bald Beasts)
6.Malak (Flying creature)
(At the moment, it seems like all the characters)

Killer monkeys
Their clothes:
Killer monkeys look like anthropomorphic monkeys. They have no real hands as they are replaced with large bloody blades or knives.

To emphasize their highly abnormal appearance and character, their heads are larger than their humanoid body, with their mouths filled with sharp, bloody teeth. They have large eyes with pink wrinkles above them, and their left eye is oblique. However, unlike real monkeys, they have no tail at all. They have large winding keys on their backs, which means they are likely robots or clockwork toys.

They wear a red messenger uniform with yellow buttons and stripes, black collars and forearms, and a red hat and gray pants on their lower bodies. As soon as the monkeys go into frenzy mode, their eyes will turn red and their clothes will turn purple.
Strength: Endowed with normal strength, average abilities for speed, strength, etc. 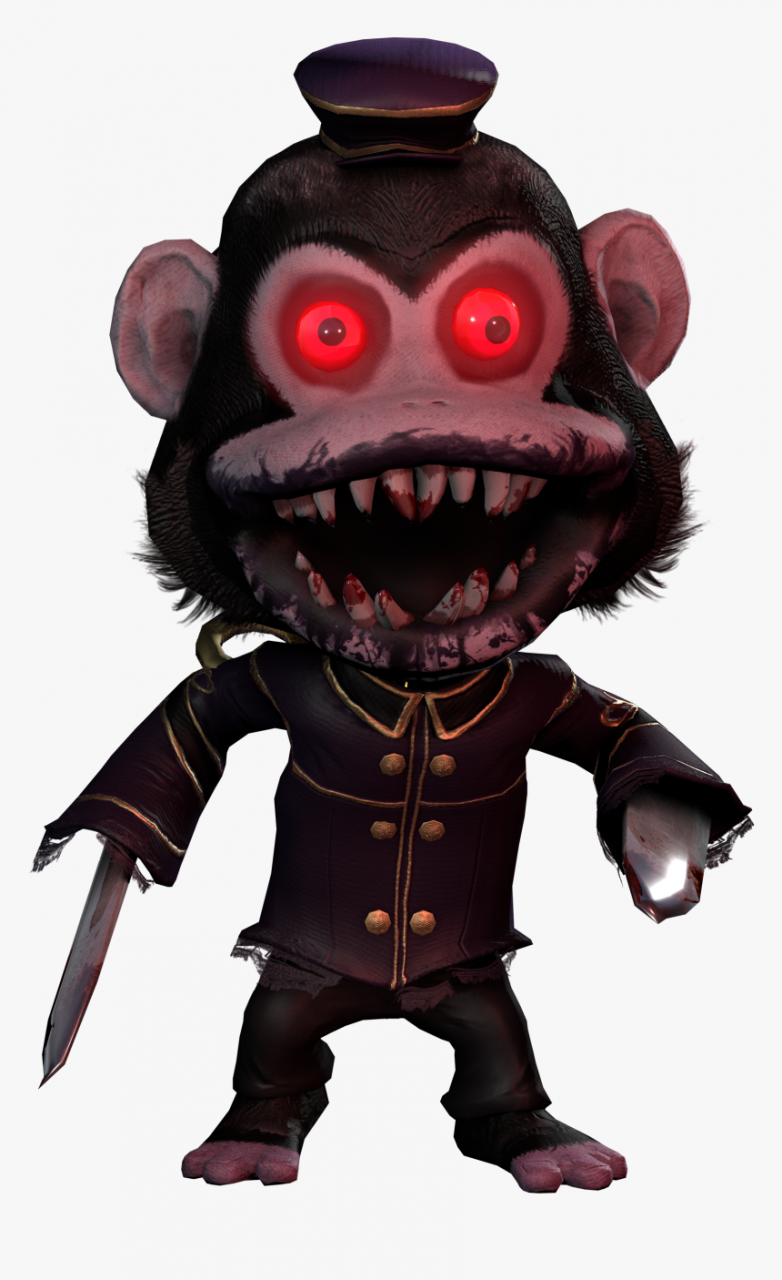 They can calmly fight with opponents, since the speed will not be enough to escape from them
Ability: Increases damage, a kind of rage.
I can recommend for beginners, because he is an average character.

Agatha
Clothes:
Agatha bears little resemblance to a human child, as she has insane facial features such as sunken black eyes and a wide smile filled with rotten teeth combined with black markings on her cheeks that reach to her ears. She also has long, shoulder-length black hair.

Agatha’s key feature is her long arms with five sharp claws. The hands themselves look like they are burnt or rotten.

She wears a dark tattered gray dress and a white T-shirt. She is completely barefoot and her right leg appears to be in a bandage. As soon as she goes into madness mode, her eyes will turn red, her skin will turn disgustingly gray, and her white T-shirt will turn red.
Strength: Endowed with great speed, which gives her a chance to escape from other enemies, and with normal strength, she can escape from opponents she does not want to fight or is afraid of dying. Ability: Teleport to the player with the lowest health. I can recommend for beginners, because is a fast character. Golden Watchers Clothing: 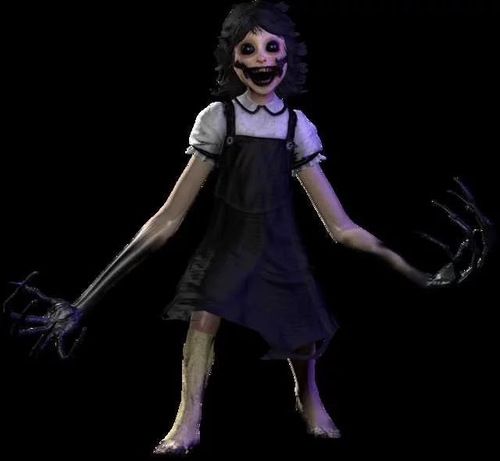 The Gold Watchers resemble men, partly made of gold and dressed in 18th century white robes complete with a strap, bow tie, tie, and cocked hat, with intricate gold patterns woven into them.

All Gold Watchers have the same appearance, with wide smiles and sometimes greetings. Some of their other poses consist of pointing a finger, waving a hand, booing, and sometimes swinging axes.

When they kill or are in one of their stationary poses, their mouths open wide and extend downward to reveal large massive teeth, and their eyes widen and narrow as if they were screaming. Their faces also seem to be riddled with cracks.

As the Watchers fall into Madness, their eyes glow red and their clothes turn dark gray. Their skin also takes on a much darker shade of gold.

Some of the undead Watchers in the maze are made entirely of gray stone.
Strength: Endowed with high damage, which contributes to the worst speed, but also a large supply of health. Ability: Ability to throw axes and deal 25 damage. The choice is yours, I do not recommend, but at the same time, you can play on it. Ugly Ducklings Clothes: 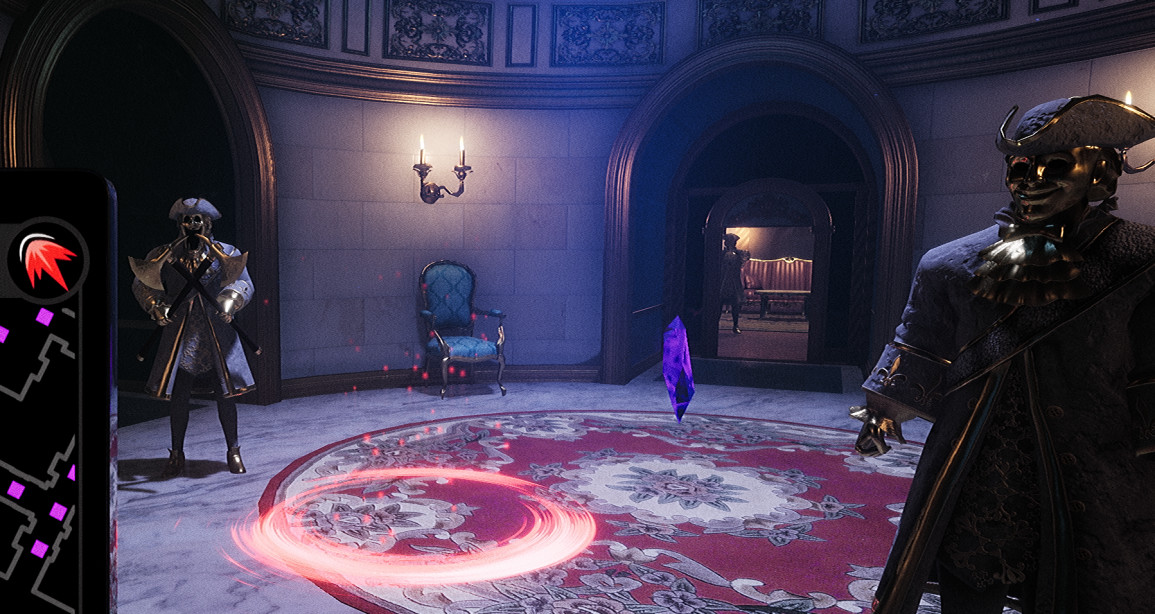 The Ugly Ducklings look like large float ducks made of hard, glossy metal, with round short wings, a jaw with rotten human teeth, and large, empty eyes of asymmetrical dimensions. Their lower jaws appear to be able to rotate, opening and closing. Their bodies are covered in dirt and stains caused by swimming in sewer water. They also wear dirty traffic cones on their heads.

Inside their mouths is a mechanical spring attached to a smaller, spherical duck head with vertical pupils and multiple rows of sharp teeth. Their beaks are also longer and narrower.

There is a large hole under their body, from which protrude two grotesque, shriveled rotten legs, which the Dread Duckies use to move.

In frenzy mode, the bodies of the Dread Ducklings turn light gray and, like previous enemies, their eyes glow red. They also appear dirtier, and the dirt is also darker in color.
Strength: Endowed with medium attack, medium speed, medium health. Ability: Duck Surprise The Choice Is Also Yours Clowns Gremlins Dress: Clown gremlins are small, bald, humanoid creatures with the characteristic features of clowns. Like killer monkeys, they have large heads compared to their bodies, very small eyes, and sharp teeth. Their heads are completely white, reminiscent of the color of generic clown faces. 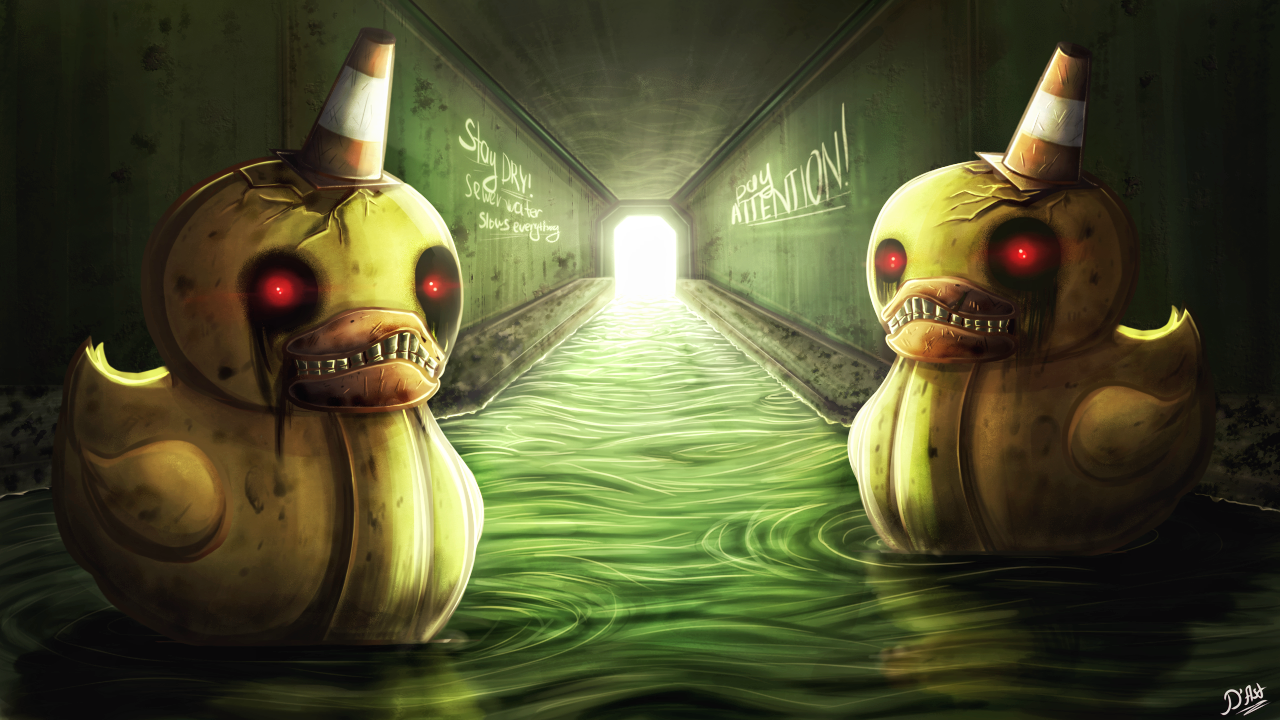 The eyes of the clown-Gremlins are yellow, with black slit pupils. They paint their lips with red lipstick, have black slits in their eyes and a black pointed hat with white stripes. Like regular clowns, they have large red noses. Their eyes appear to be covered with black powder or some other unknown pigmentation.

They wear dark brown clothing with faint stripes running downward and two black pom-poms on the fabric, similar to buttons. They also wear ruffled black collars. Their hands are arranged in a pattern with black and white stripes and end in small claws. They have four numbers on each hand, outwardly reminiscent of cartoon characters, which often have four fingers.

They appear to wear boots that have a common, standard look rather than a clown-related shoe style.

In Zone II, Clown Gremlins looked relatively similar to their normal appearance, except that they had pale skin with a strange glowing teal / blue tint on their skin and their striped hands, and they had a very bright red nose with a glowing a pinkish reddish hue on it, and they wore light purple / purple / deep pink red clothing, lipstick, and glowing red eyes just like the previous enemies in the frenzy.
Strength: Endowed with a balance of abilities. Ability: Spawns 5 clones on the map, attacking the one they see for 25 seconds. I do not recommend it, as it is not a very interesting character. Malak 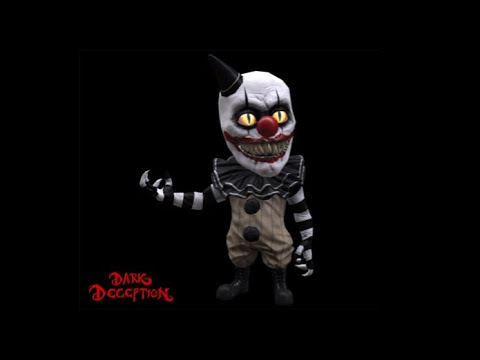 Clothing:
Humanoid
In his humanoid form, Malak is very similar to a human of slender, tall build. He can always be seen dressed in a formal suit: a black business tuxedo with a red tie, a thin black undershirt, long striped trousers and polished boots. He has three sharp claws on both hands instead of fingers, with black skin. Its head resembles that of a typical demon, with red skin, bulging eyes, jagged teeth, pointed ears, and curved horns.

Ghost
In his ghostly form, Malak wears a large black cloak with ragged edges and long sleeves. The lower part of his body is also missing, ending in a coat. He now has darker and jagged skin, bright orange eyes and mouth, and thin, tapered horns. His hands now have four fingers instead of three. 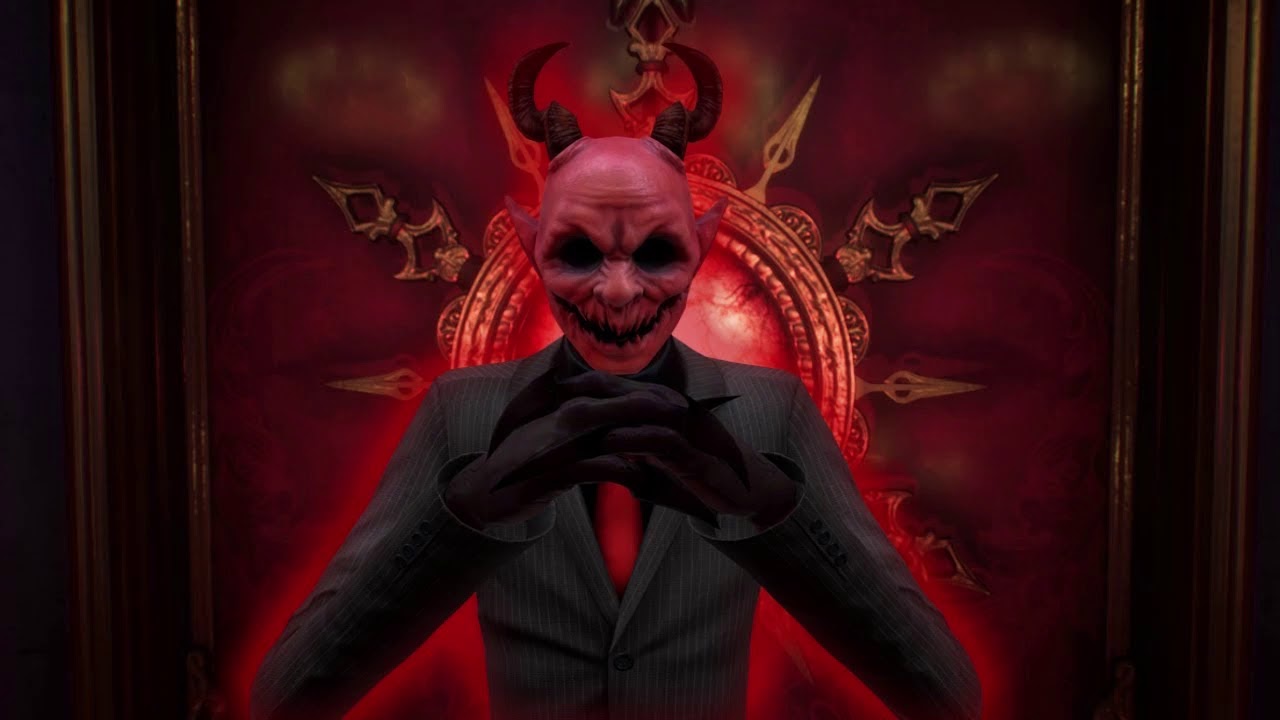