ELDEN RING: How to Alter Your Garments

This guide will show you the basic in’s and out’s of the options of altering your garments (changing the appearance of your armor).

The Statistical Value of Altering

To begin with we will look at the Confessor Hood, something you can easily get early or at the beginning of the game. 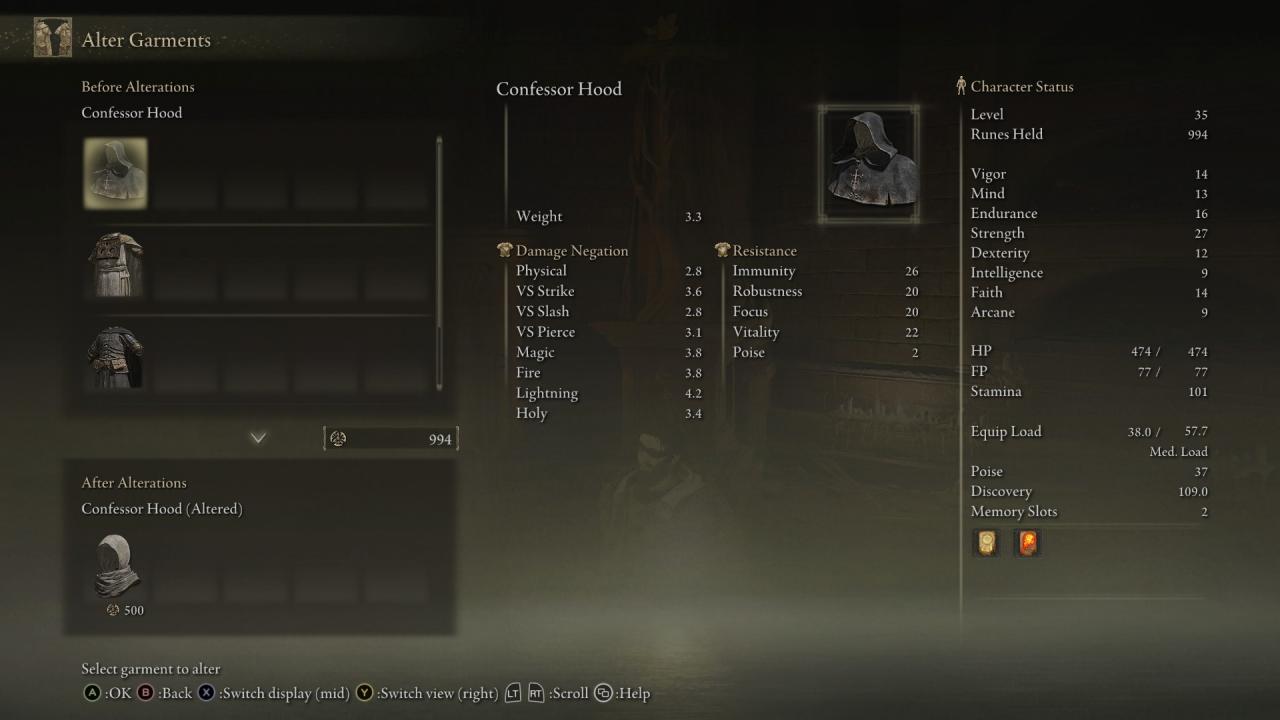 As you can see the stats are as usual, for the next image we will be comparing the (Altered) version of the Confessor’s Hood. Pay close attention to the stats and how they’re altered! 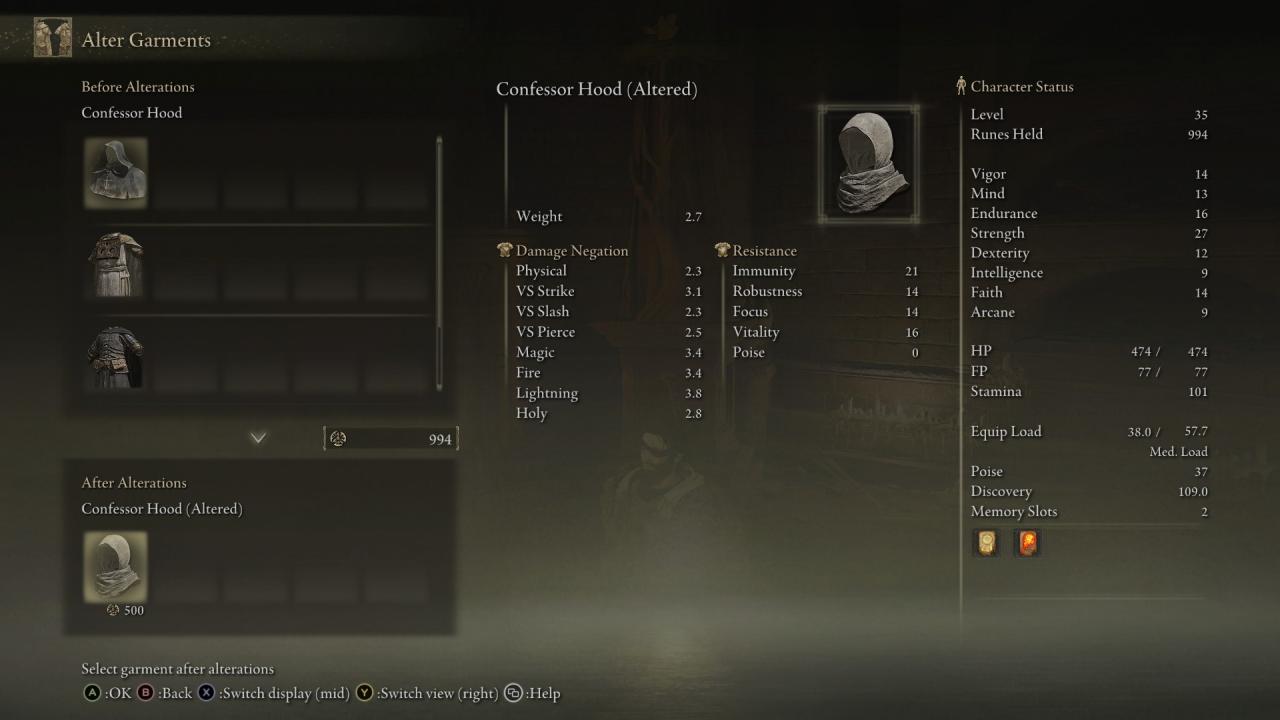 First off, the weight itself goes down from a 3.3 to a 2.7, along side many other stats that i will put down below for simplicity.

Now this also changes the immunity section, however i will leave that section out from this guide as you can clearly just look yourself and isn’t changed all that major to see a difference anyway as immunity isn’t a major concern in the game if you know what youre doing.

Now lets look at a piece of armor that actually INCREASES your stats instead of lowering it via through the altering garments system. 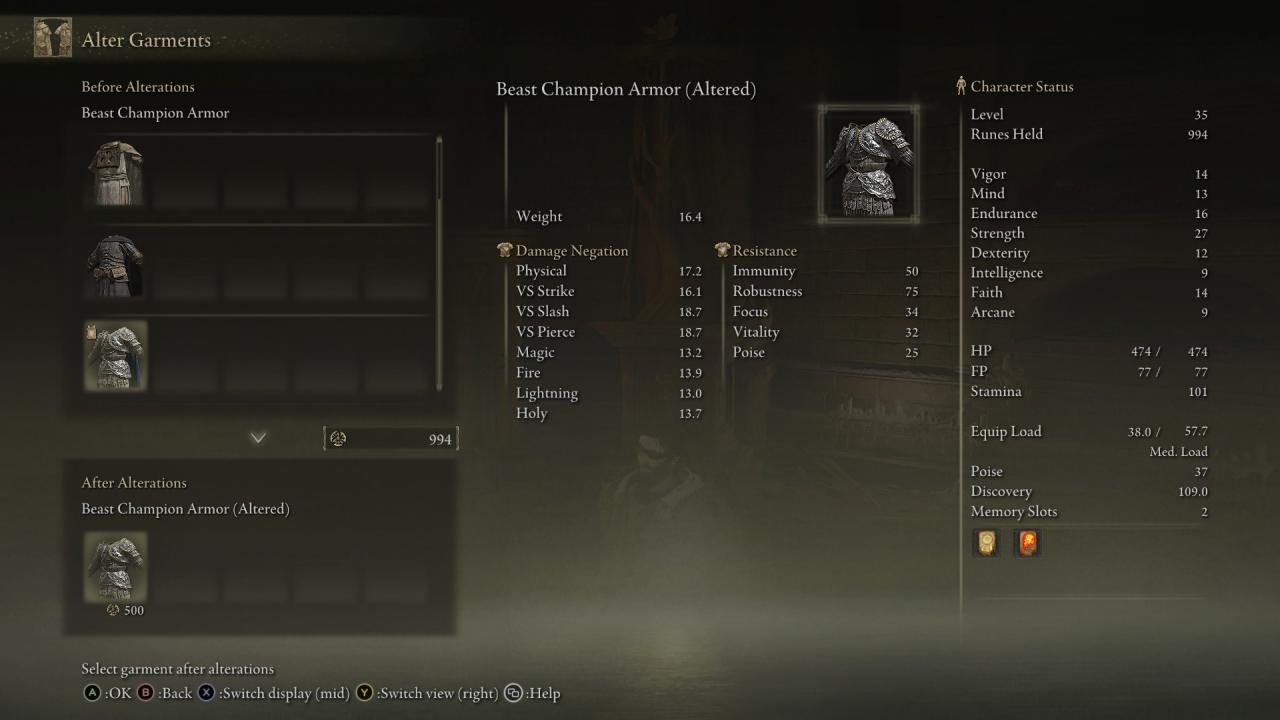 The stats are as usual displayed where they should be. Now lets take a look at the other version of this piece which increases its stats instead of hindering them. 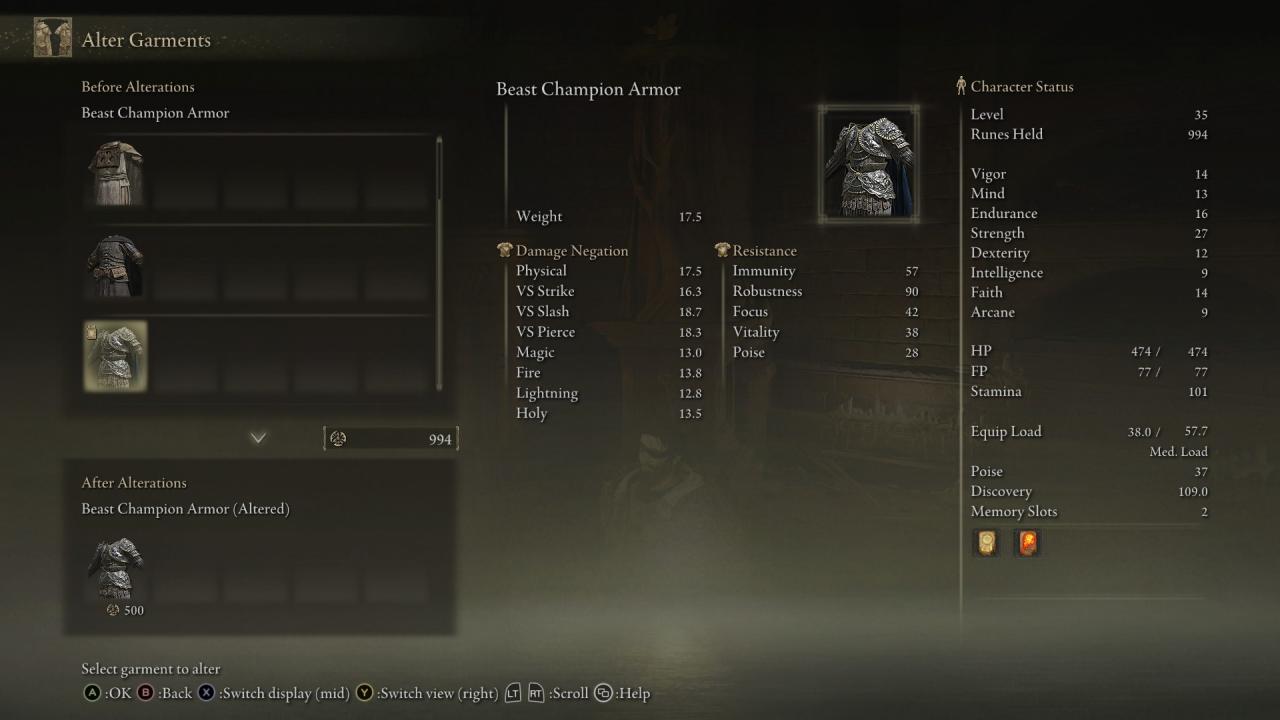 By adding the caped version to this piece of armor it will increase the majority of its stats with the downside of increasing its weight slightly. You may compare them as i did and you will see that not all armor will be of hindrance to your overall stats when altering them. This is due to the fact that when you first initially get this armor it is already ”altered” which when altered through the garment system can therefore increase its stats because you were able to.

Thanks to Midnight Ushiro シ for his great guide, all credit to his effort. you can also read the original guide from Steam Community. enjoy the game.