Hi there, this guide is focused on improving all of Nadine’s skills, that’s why we are looking for items that improve her skills damage and reduction of their cooldowns.

Build
The build’s idea, is to get as much skill amplification as possible, and doing so as fast as possible, so you don’t fall back.

Without further ado, let’s get to the build. 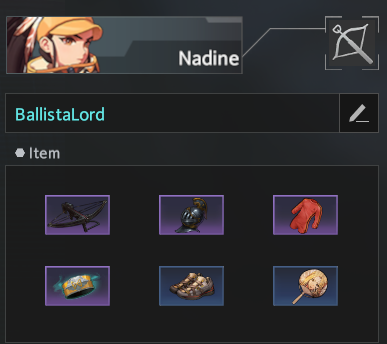 First of all we have as a Crossbow the “Sniper Crossbow”, and i’ve chose this one because it’s prety close to the “Sharanga” and a lot easier to get, and also it doesn’t get that obsolete as “The Golden ghost” wich, is a good crossbow if you’re aiming for an attack speed build or similar, but in this case i wanted to focus mainly on skill dmg, so this one wasn’t a viable option.

For the head we do have the “Helm of Banneret” wich, does not really require further explanation, it’s a balanced head gear wich gives Defense, Max Sp, cooldown reduction and skill amp. so not that hard of a decision.
Other possible options would be the “Imperial Crown” or the “Mithril helm” if you are looking for a hybrid build.

In the chest gear we do have the “Dragon Dobok” wich is very good overall, the 150% SP regen is a massive improve as the 15% cd reduction, it also has that extra +1 range wich can help to maintain distances, but if you’re looking for a more tanky option, you can also pick the “EOD Suit” wich also gives a nice 10% cd reduction so you only loose a 5% cd reduction.

The “Draupnir” seems like the best if you’re looking for a skill amp. arm, it’s like a cheaper version of the “Bracelet of Skadi”. You can choose wich you prefer.

The “Straitjacket Sneakers” are just blue tier “Leg”, but they hold up pretty well against other boots, it’s an early advantadge, but if the game gets a lot longer maybe you should try to get “Glacial Shoes”.

And for the last one, “Uchiwa” it’s a good option early, but if you can, take the “Glacial Ice” wich seems like the best lategame option. 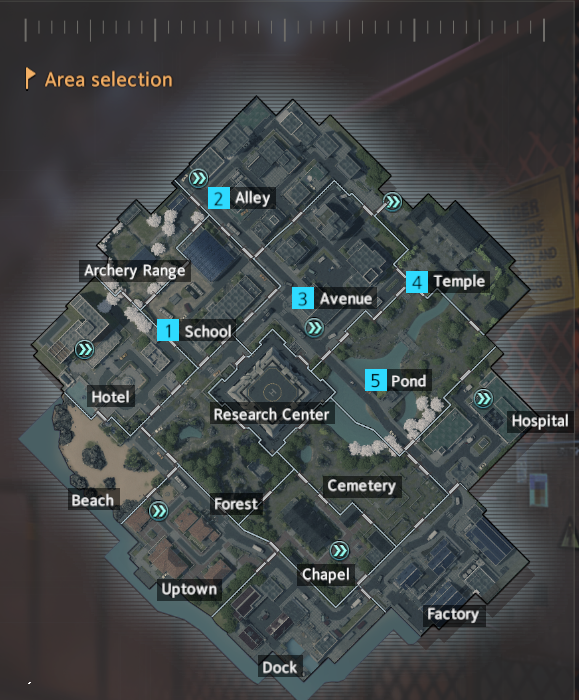 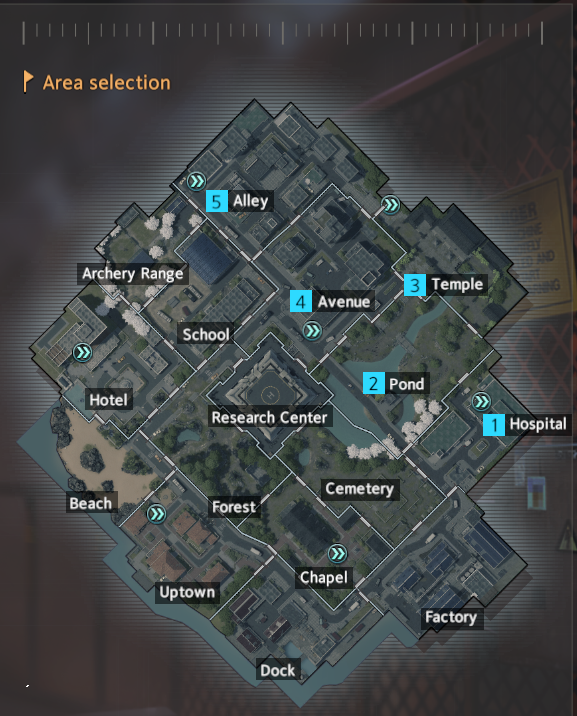 Skill order
You should start with her Q or E, and then level each skill one time. The skill you should focus first is her Q, it is the one that gives you the bigger damage and you can spam real fast.
You can max her W first as well, it’s pretty viable if you know where you put them, and it’s really satisfactory to oneshot unaware “Unfortunate specimens” that just fell into your trap, and even more unfortunate if there’s a C4 planted there.

That’s it for this guide, hope you found it helpful and if you have any thoughts or doubts don’t hesitate to comment.