Getting Over It with Bennett Foddy: All Endings Guide

This guide is a short summary of how to unlock each ending and what they entail. 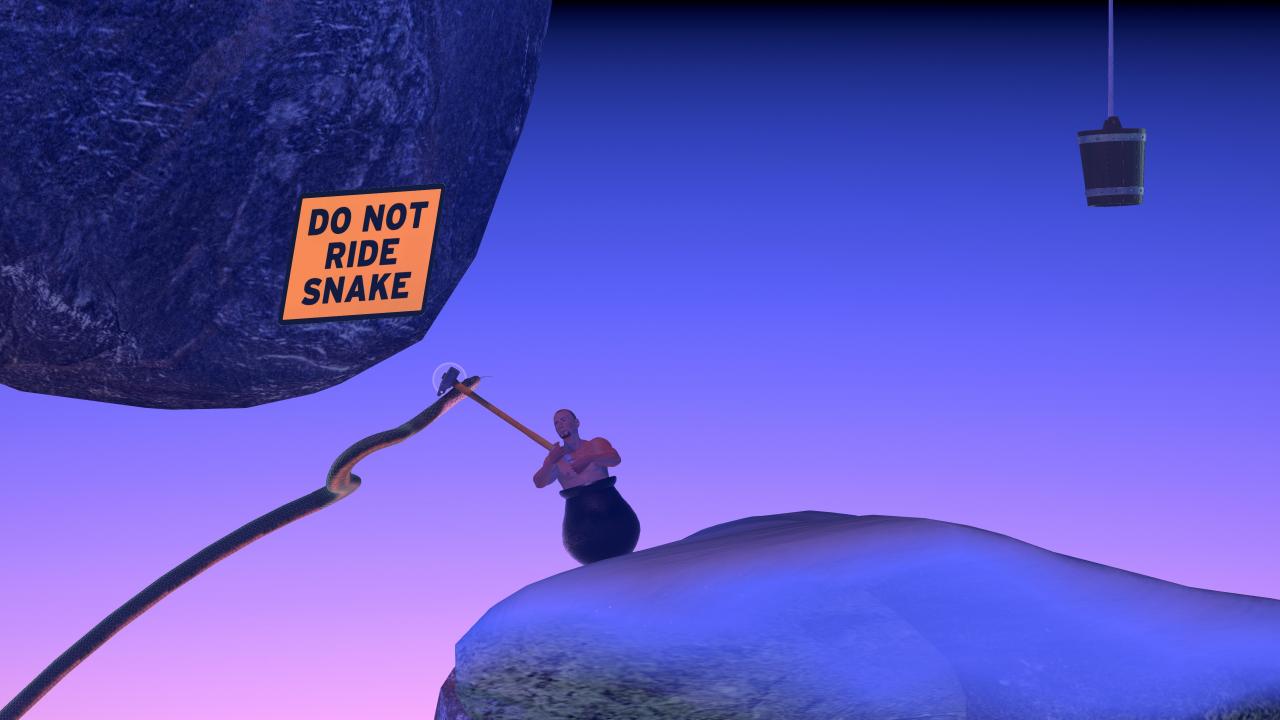 While not technically an “ending”, it functions as one in that it virtually resets your game. This is also the only ending not dependent upon reaching the final climb. To achieve it, you must first position your hammer upon the snake’s head in a similar manner to that in my screenshot. After you’ve done this, simply push to the right to travel along the snake and see the “ending”. Completing it tends to unlock one of the pessimistic quotes.
Bad Ending 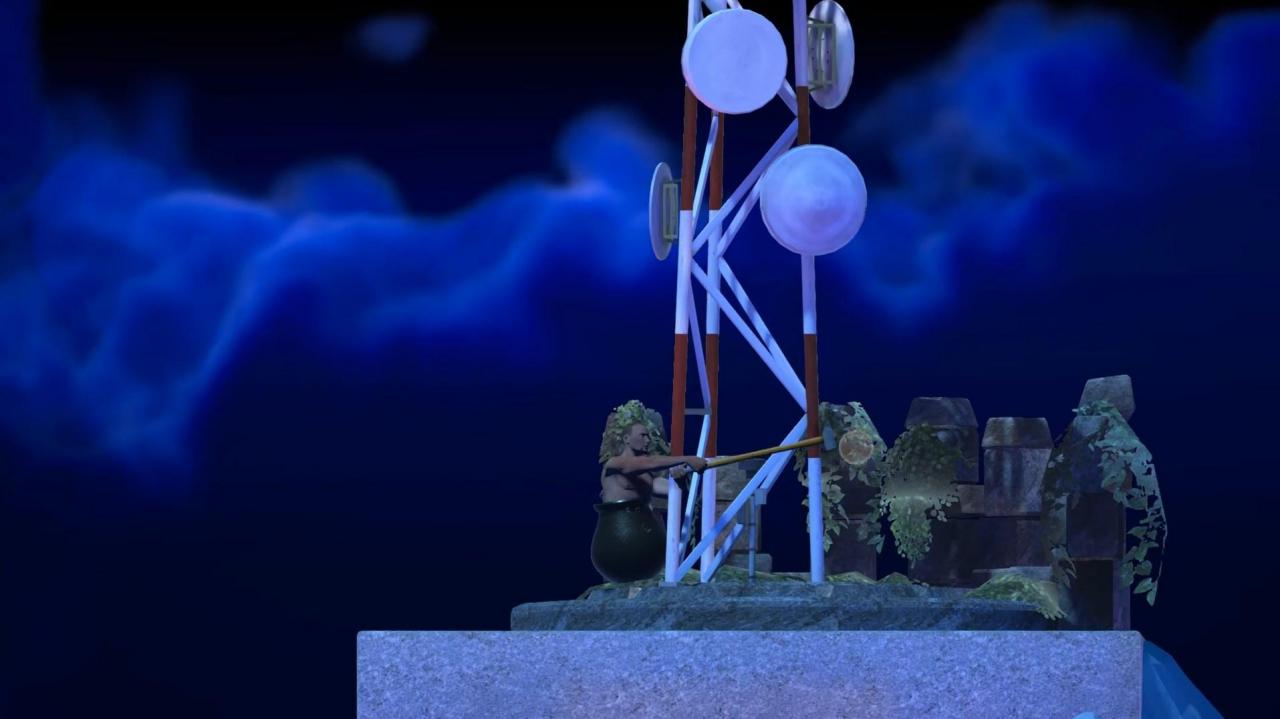 This is one of two easter egg endings which can hypothetically be bypassed but is nigh-impossible to without putting massive amounts of strain on the physics. Unlocking this ending requires you to reach the penultimate plate on the radio tower. From there, you can either try to fling your hammer over the other side or propel yourself into the atmosphere. If you go with the latter, simple skid along the left of the first asteroid until you reach an indent on the bottom corner and then push on it strongly. Which side Diogenes lands on doesn’t matter but you absolutely must keep your hammer hooked onto the other side of the tower as you fall down. Reaching the bottom triggers a sardonic limerick from Foddy.
Sexy Hiking Ending 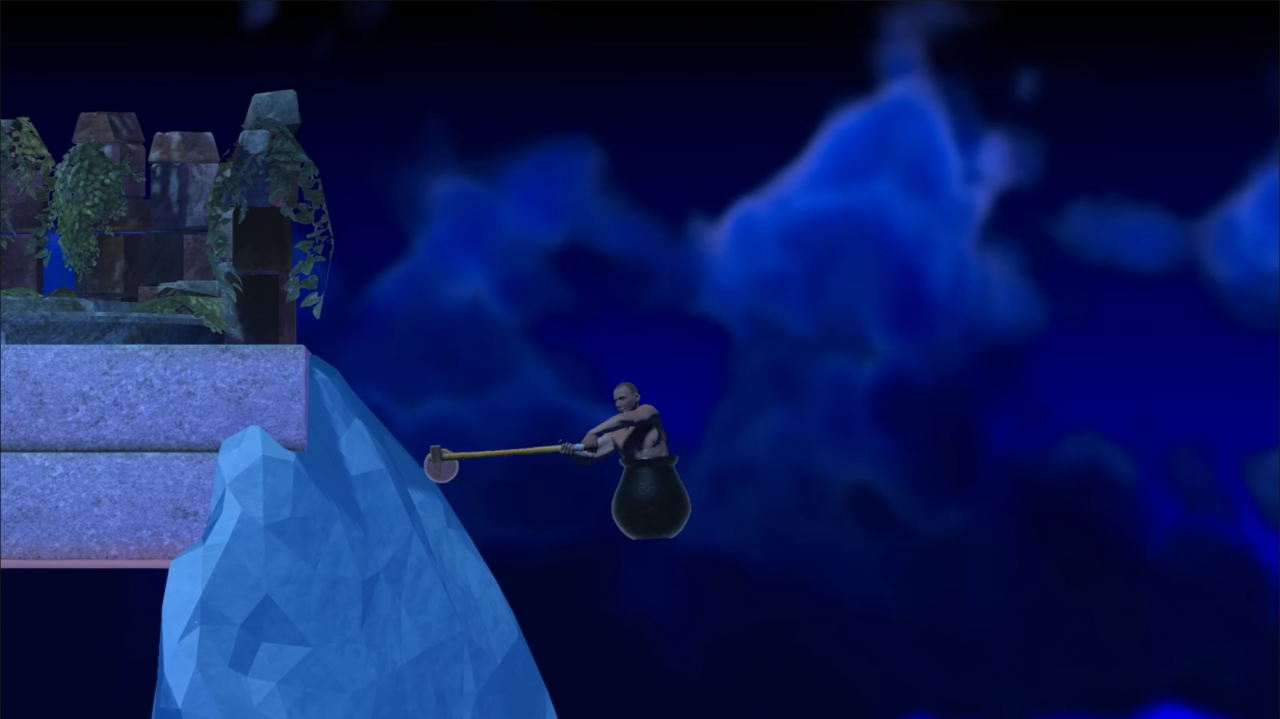 This is the second of the two easter egg endings and, arguably, the more complex. Start off by following the steps outlined in the previous section until you reach the asteroid. Make your way to the middle of the asteroid surface before pushing downward. Quickly stick your hammer out to the left in order to secure Diogenes on the top of the cliff. Slowly move yourself into the position shown in the screenshot by pressing your hammer against the wedges. After reaching this position, move your hammer slightly upward to allow Diogenes to slide along the bottom half of the cliff but keep your hammer to the left. This will safely latch onto the boulder, which you then climb onto. This unlocks a sprite of the player character from Sexy Hiking and level ending noise.
Foddy’s final, heartwarming narration 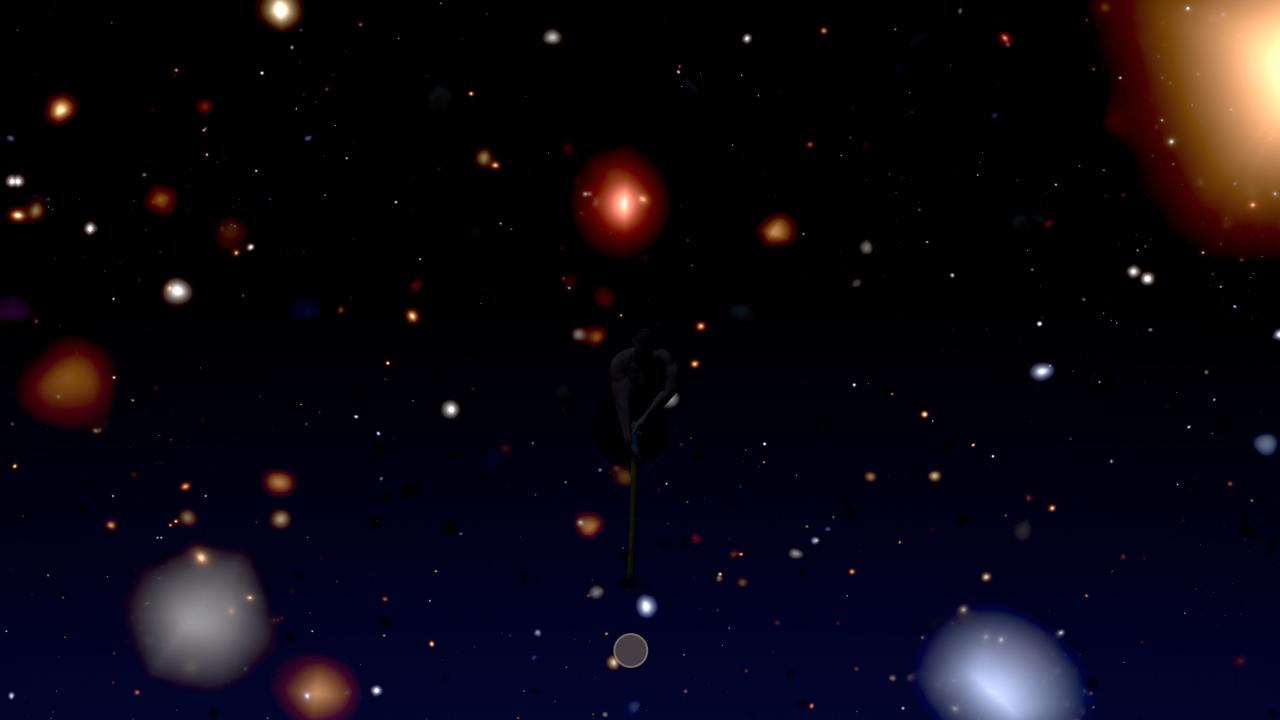 This is the “true” ending of the game and gives closure to playthroughs. As with the previous two, you progress to the top of the radio tower upon the peak of the mountain. This time, after propelling yourself into space from the dish, use the asteroid above to push upward. If you don’t rise to the stars pictured immediately, find an asteroid to the left and use that to guarantee ascent. This ending unlocks Foddy’s final, heartwarming narration and the credit sequence.
By Hohoehe