There’s a bad totem puzzle that doesn’t make sense, even with the clues given. Here’s a guide with the solution so you don’t have to brute force it like i did. Stay tuned for instructions on what to do with the key you get, because it’s not for the thing you think it’s for.

Here are the two clues, in case you don’t want to run back and forth between scrolls or didn’t get screenshots: 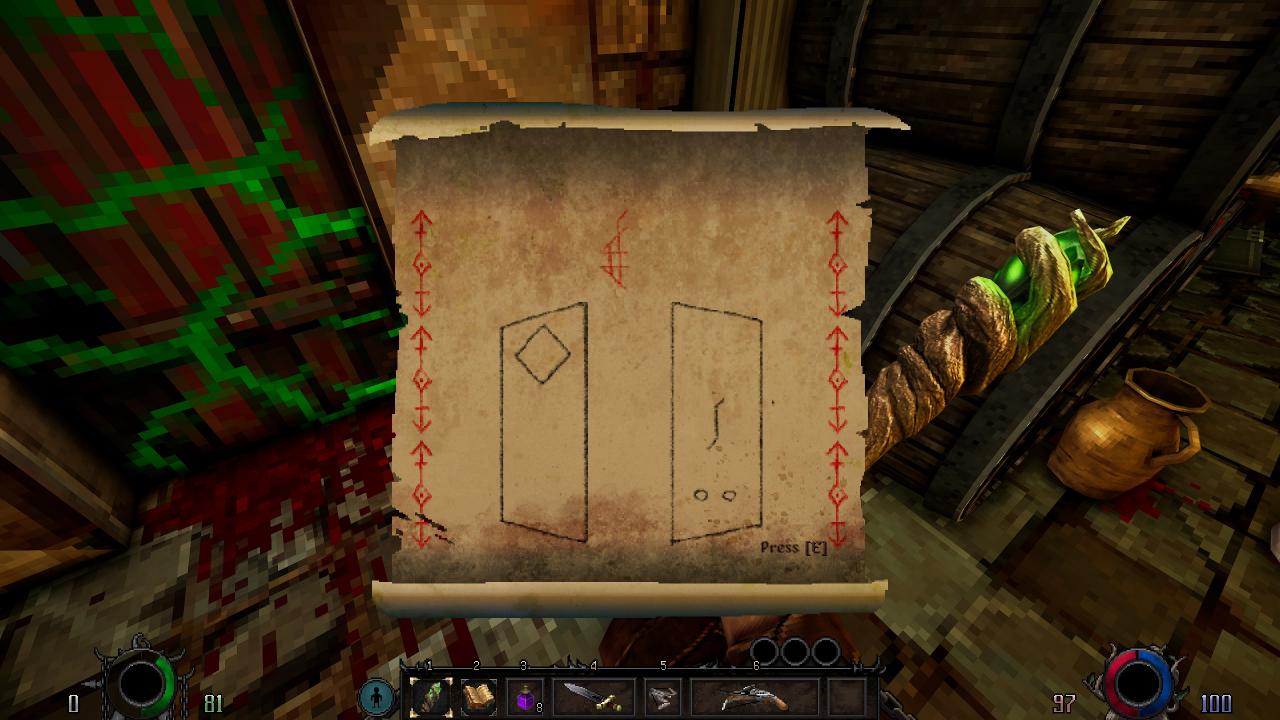 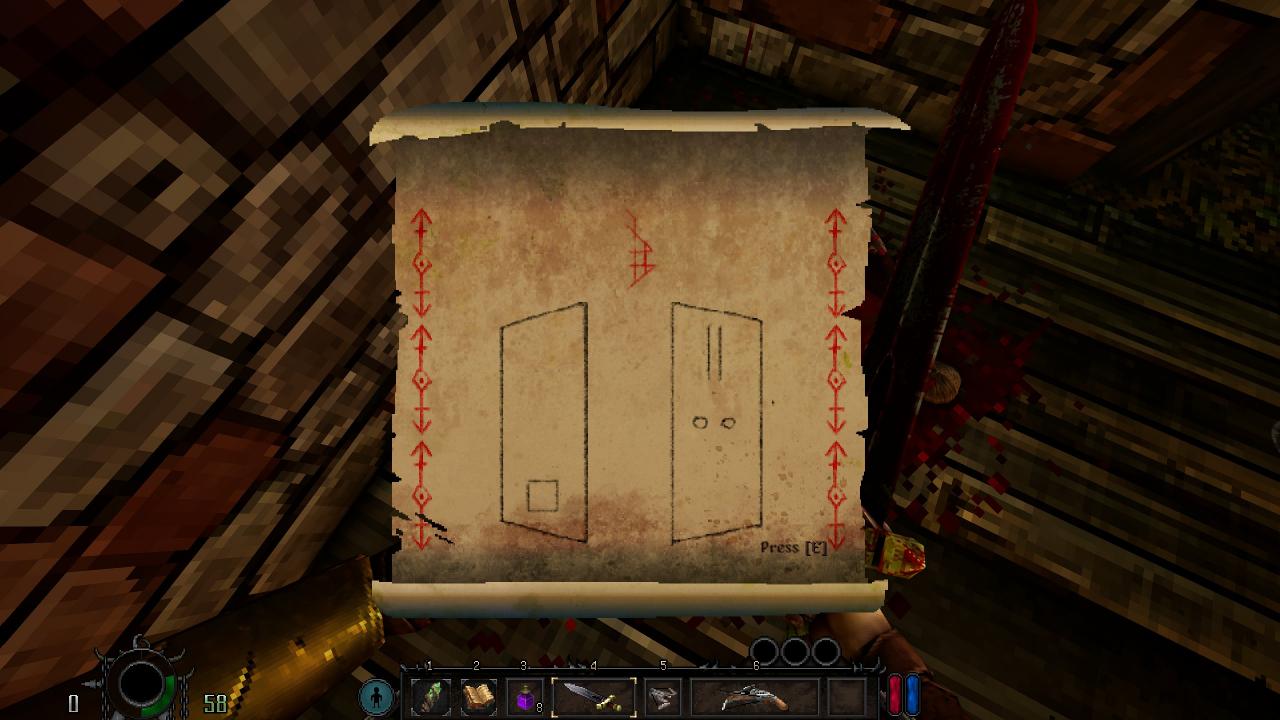 Here’s the solution. this is an unnecessarily obfuscated puzzle that would have felt better as just a symbol hunt. 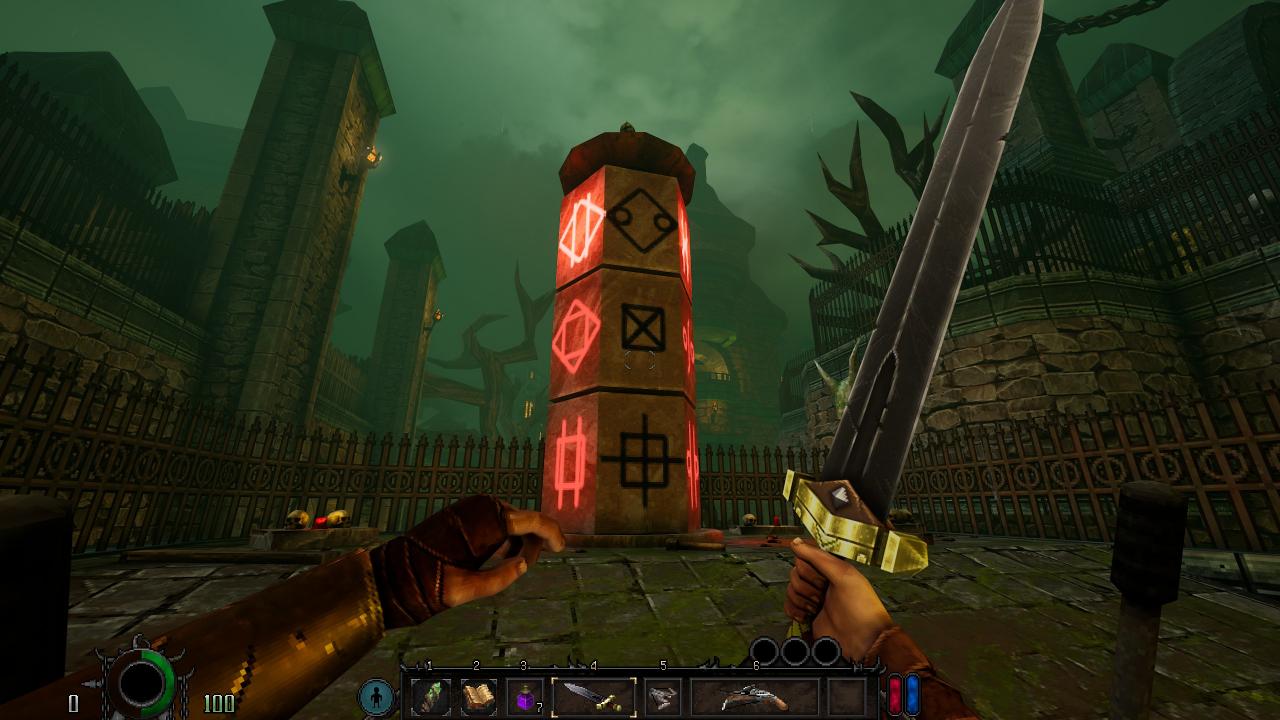 What to do with the key

you probably thought the key you get from the totem is for the door across that area past the water, right? rather than scour the entire map again, just dive down in the water under that door (the only swimmable water in the game), kill all the fish, and find a grate you can open with your totem turtle key.
Note:
1. it’s a fakeout – the middle two columns dont actually matter, the clues on the papers are meant to be left and right of center. originally i thought you were supposed to combine the two shapes in the middle (which is possible!) but of course that’s too obvious.
2. it’s meant to be the sections to the left and right of center, not the center. except the way it’s drawn on the clues (like the outlines) don’t make that clear, and it feels like there’s more than one possible solution. like i say in the guide, they shoulda just had you find 3 dang symbols, this puzzle completely stops the game’s momentum.
3. it’s underwater, under the door you THOUGHT the key was to! everything related to the totem puzzle is bad
By hardclumping

Here is a full guide to the maintenance of weapons.   Main You can find all this information in next...

After completing the main story, head to the Command Center to pick up the quest to find all red crates. (I found about 35 before...

Goose Goose Duck: How to Kill Using the Airlock

List of steps with images showing how to kill geese using the airlock in storage. This works on both maps under the same...

Going Medieval: How to Set up a Proper Disassembly Line

Been seeing a lot of people having issues with getting a proper Disassembly line set up, so I decided to make a short guide about...

It's not a walkthrough, it's just simple describing how to get achievements.   Intro There's no chapter select for "Into the...