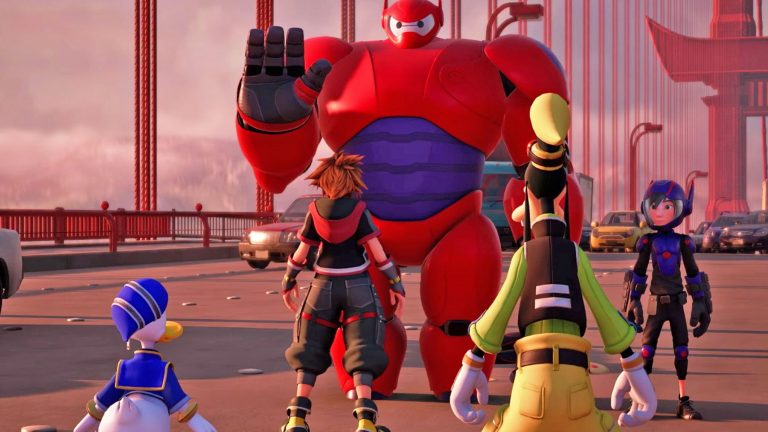 Big Hero 6 was confirmed early during the development, and this is the first time we have a proper look of it. There are other confirmed worlds like Toy Story, Monster’s Inc, olympus and Daybreak Town, they all will be visiting in Kingdom Hearts 3