Here is a guide on how to get all achievements in Lil Gator Game. 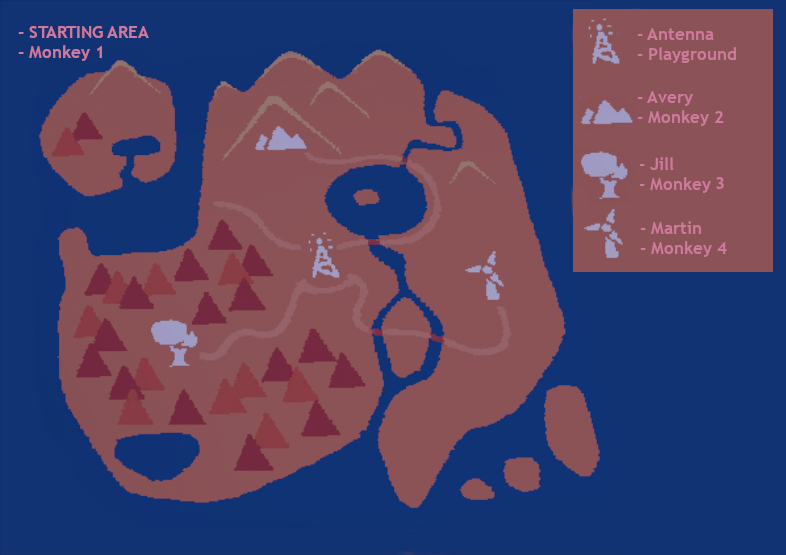 The “Acquire all bracelets, and gain enlightenment.” achievement imho is the most important achievement in the game, as within every new bracelet you’ll get more stamina, which means you can climb higher. After finding all 4 bracelets, there will be no stamina limit, what allows you to climb pretty much anywhere. The bracelets costs 100, 500, 500 and 500, respectively; so destroy as many paper structures as you can in your way to them.

You’ll start the game in a small island, and will have to complete everything in there to be able to move to a bigger one. Complete the quests and talk to everyone while destroying every paper enemy/item; and whenever a character asks for trash in exchange of an item, do not hesitate to pay! Do the races last, as you will need the shield to slide faster. Also, near the hightest spot of the island you will find the monkey who sells the bracelets for the first time. [All bracelets: 1/4]

Now in the biggest island, head to the antenna as there you will find the playground that you can use as a reference point. From the playground, head to the mountains behind it and you’ll find Avery. They will give you 3 quests that you must complete to get new items in your inventory as well as story progression. In the same mountain, above the amphitheater, you’ll find the monkey for the second time. [All bracelets: 2/4]

From the mountain, aiming to the antenna, go to northeast area and you can find Jill in a treehouse. They’ll give you 3 new quests related to the other characters you’ll find there. Make sure to climb at the top of the treehouse to find the monkey for the third time. [All bracelets: 3/4]

From the treehouse, go back to the antenna and then head to the windmill, there you’ll find Martin with another 3 quests for you to complete. Also, climb at the top of the windmill to find the monkey for the fourth time. [All bracelets: 4/4]

After completing the quests for the characters above, go to the playground and buy as many upgrades you can (each costs 5, 10, 10 and 10 friendships respectively, if I remember well), then go explore the map making new friends to be able to buy the remaining upgrades. As soon as you can complete the game, DO IT! As by doing so, you will get items that show the locations of missing friends and things to be destroyed.

While in the playground, be sure to talk to the monkey who sold the bracelets to you as many times as needed to get the following achievements.

THIS Is The Real Name Instruct the monkey on the power of creativity.

BELIEVE ME, THIS IS THE REAL NAME Learn the monkey’s TRUE name.

EMBRACE THE UNKNOWN YOU WILL NEVER KNOW THE TRUTH.

As I said before, after completing the game, you’ll acquire 2 new items that will make everything much easier. Equip them and use with Q and E to get help finding missing friends and things to break. 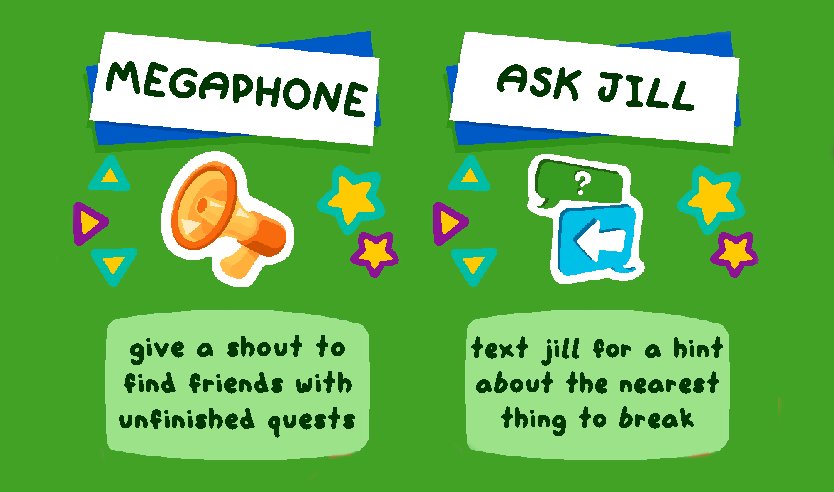 Hero of the People Make friends with everyone on the island.

Craftslayer Break everything on the island.

From the playground, follow the path to the south of the map, by crossing the river you’ll find the Junk Shop. After buying everything from the Junk guy, you can take a seat on his place. 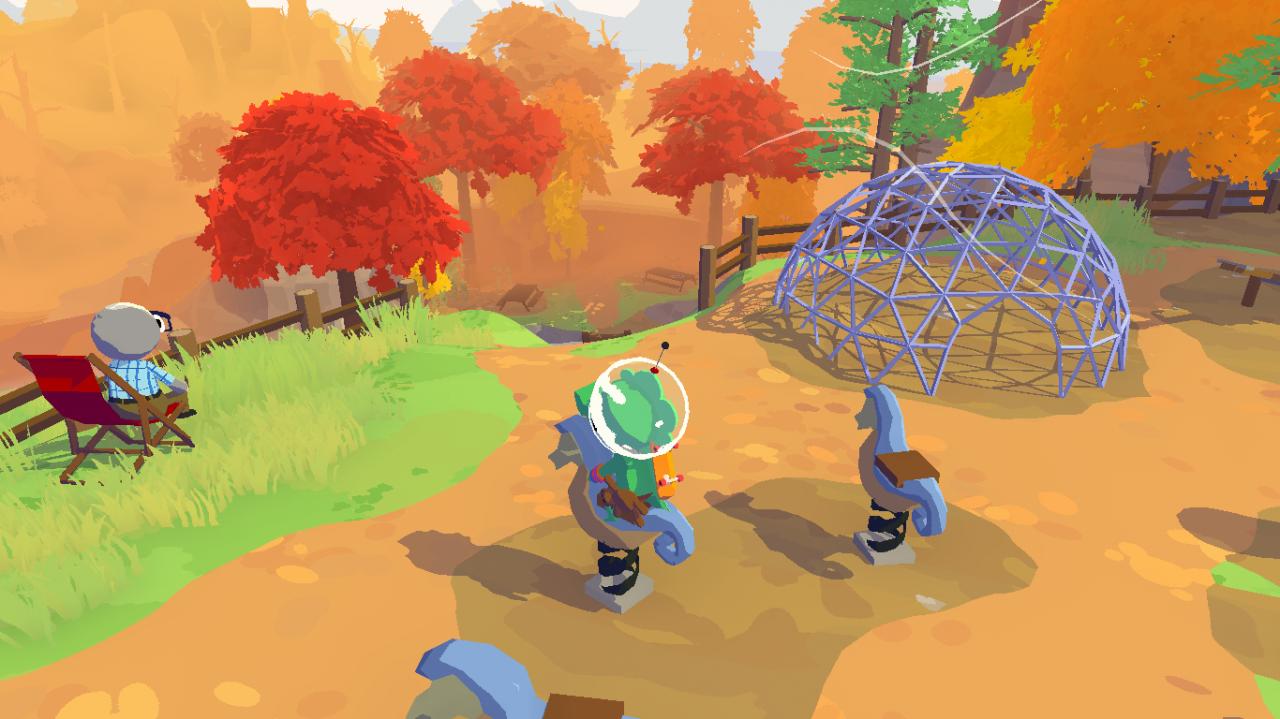 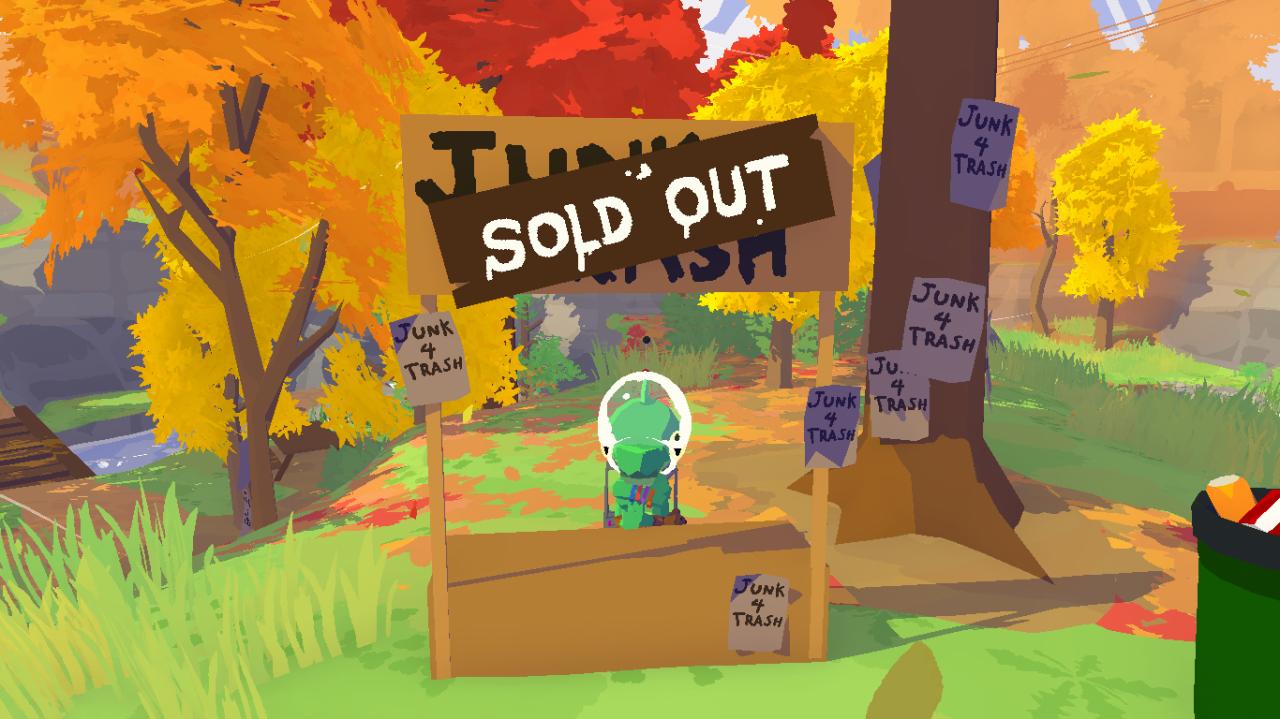 Under New Management Take a seat in the Junk Shop.

Interrupt This Broadcast Climb to the tippy top of the antenna.

Ascend Try to touch the sky.

Oof! Ragdoll into something as fast as you can.

Spider-Gator Swing with the Sticky Hand 5 times without touching the ground.

Craft all items in your inventory. To do that, press TAB in your keyboard, click on an item and craft it by paying the price. There are 48 in total, 12 of each type.

Demon of DIY Craft every item.

Thanks to Pri for his great guide, all credit to his effort. you can also read the original guide from Steam Community. enjoy the game.