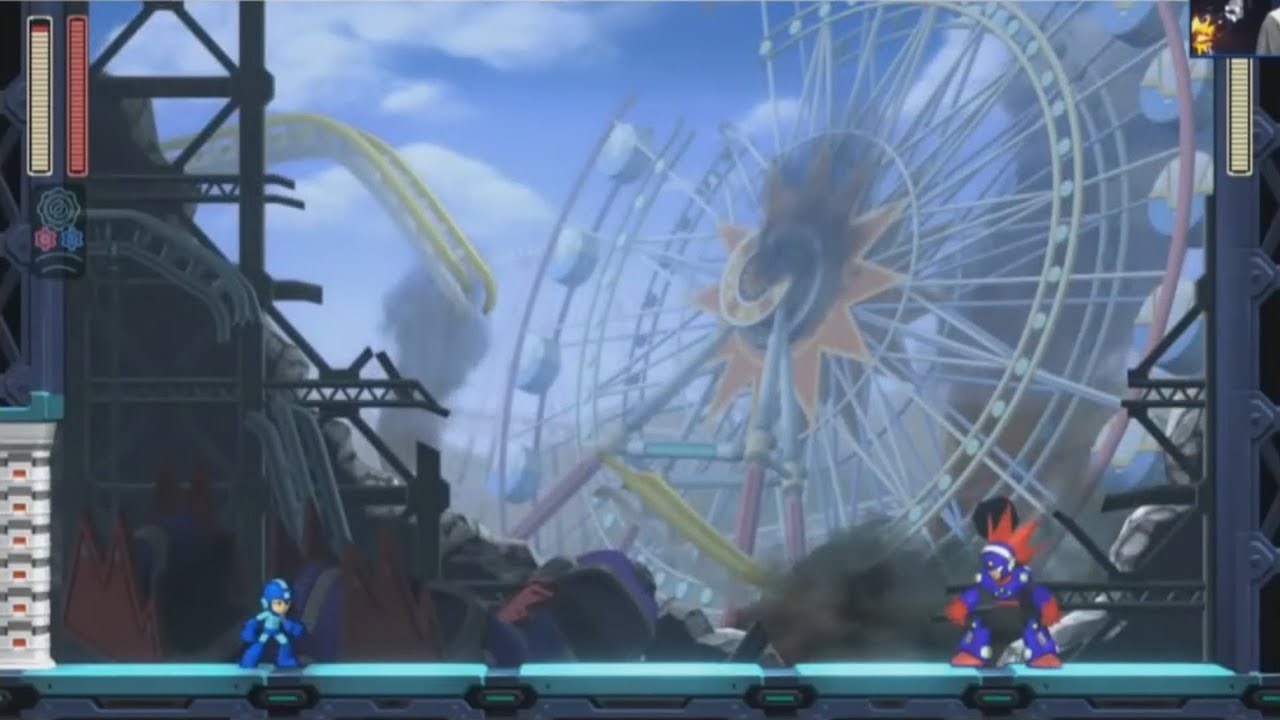 Blast Man is not hard to deal with, usually Blast Man alternates between lobbing bombs in an arc while standing still and jumping high up to chuck bombs downward. Sometime he jumps around and hurl a bomb right at you and he’ll also use his special weapon: Chain Blast to spwan four floating bombs which will gravitate towards Mega man and explode after a few seconds.When Blast Man is low on health he’ll tap into his Power Gear, increasing the size of his bombs and giving them greater explosive force while his attack patterns become more erratic. 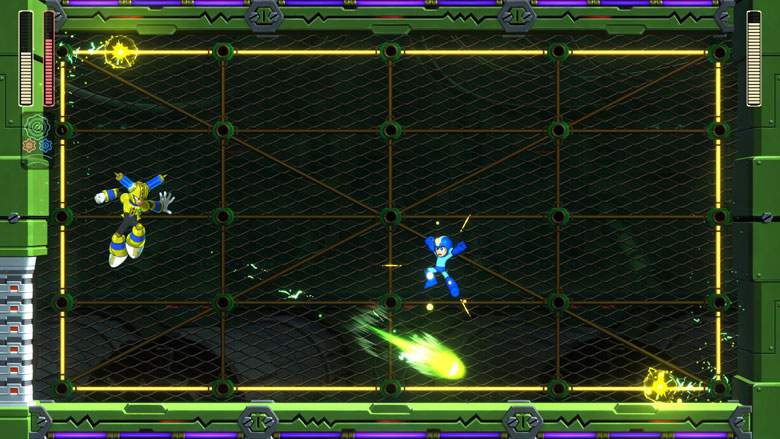 Fuse Man has a simple attack pattern, the main difficulty is his speed. You can’t damage Fuse Man when he casts his two electicity balls. Fuse Man will teleport above Mega Man and cast his Scramble Thunder towards him at very high speeds as the electric spheres will begin to move around the room on a metal rail in a clockwise motion, forming a rectangular shape, dodge them by sliding out the way.Sometimes, Fuse Man will wait a second or so after he teleports before firing his weapon to set a trap, making it so that Mega Man will have to evade both his Scrambe Thunder and the electric spheres at the same time. You can use Speed gear here to dodge Fuse Man’s attacks.

Fuse Man gets into the second phase when he loses half of his health, he will activate his Speed Gear, his speed will be increased and his attack pattern changes.Fuse Man will now teleport to the top of the room and slam back down to damage Mega Man with a powerful electric strike, imitating the movements of an actual lightning bolt, those attacks are extremely fast and difficult to dodge, a Speed Gear will helps you a lot at this phase.

In the last phase, Fuse Man will revert back to his original attack pattern albeit with some small changes: he will fire two Scramble Thunder at different trajectories to increase the likelihood of Mega Man getting damaged; The electric spheres will move in somewhat triangular shapes where they now move in the same direction as each other and intersect at the middle of the room. It’s not too hard to defeat Fuse Man with good timing and patienceHowever, if Fuse Man isn’t defeated in time during his final phase, he will revert back to phase two, activating the Speed Gear again and attempting to damage Mega Man with his lightning strike attacks. 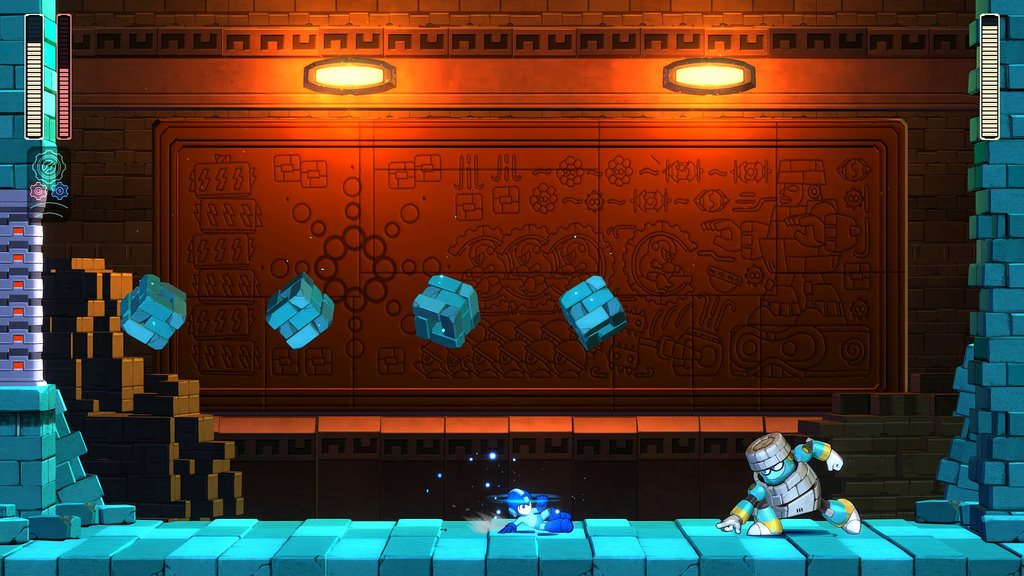 The first phase of Block Man is pretty simple. He will run back and forth in the room and when Mega Man attacks, Block Man will stop for a second and jump to your location which can be dodged easily by sliding away. Then Block Man will create 4 turquoise stone blocks in the air which will drop to damage you, just don’t stand below them.

In the second phase, Block Man will tranform in to a giant when he loses a third of his health. The giant form has its extra health bar, he will attack by slamming the ground with his hands, throwing powerful punches and scraping the ground with his fingers to send large stone chunks flying toward Mega Man which can all be avoided easily by dodging and sliding with the help of the Speed Gear. In order to defeat the giant, Mega Man must fire at the large red core in the middle of his chest, which is his only weak point.

The final phase starts when the giant is destroyed. Blockman will now throw an endless barrage of stone blocks the way using his Block Dropper. Mega Man’s Charge Shots can easily pierce through the stones, the barrage itself can be avoided by either sliding or jumping depending on the trajectory of the stones. Defeating the Block Man is now only a matter a time.