My Singing Monsters: The Best Way to Boost Your Progression (Zynth Farms)

Have you ever been short on diamonds, and don’t know how to get more? Or perhaps you need a way to level up your tribe faster, without completely draining your resources? Well, look no further, my friend. This guide will walk you through how to build a Zynth Farm, and massively boost your progression.

What is a Zynth Farm, and why should I make one?

What is a Zynth Farm, you ask? Well, it’s quite simple – you fill your Wublin Island with Zynths, and in return, you gain resources. 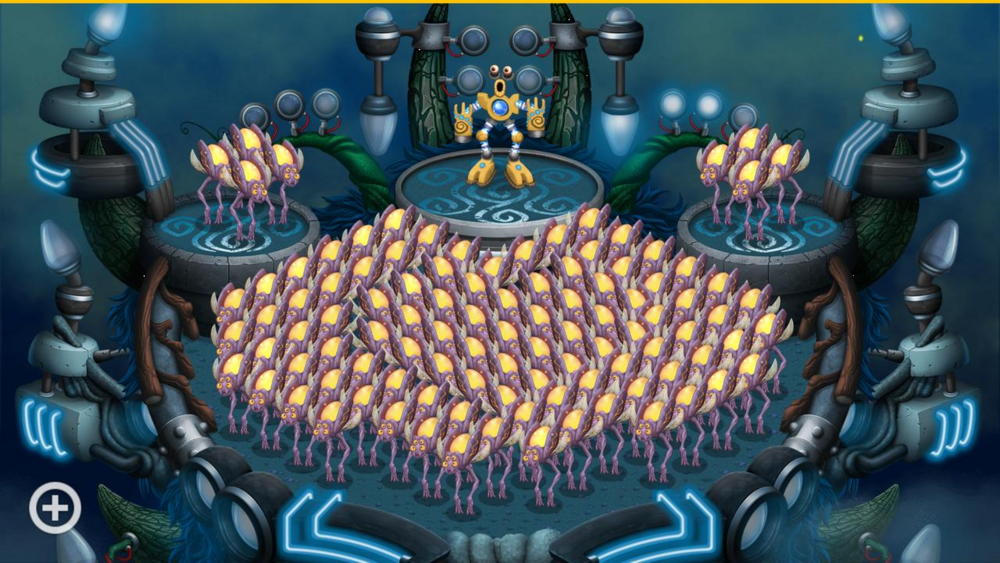 For those who don’t know, every 6-12 hours, Wublins can produce 4 different resources – Coins, Shards, Food, and Diamonds. Each resource has a 31% chance of being produced (excluding diamonds, which have a 7% chance to be produced.)

For early game players, this allows you to boost your progression immensely – you’ll have access to plenty of coins and food early on, allowing you to level up your monsters quickly and purchase new islands faster.

For late game players, Zynths will be a major source of diamonds (and shards, assuming you don’t have a maxed-out Ethereal Island).

Now, there are two main reasons for waking up Zynths over the other Wublins –
1. Zynth takes up a 2×2 tile space, making it one of the smallest Wublins (tied only with Thwok).
2. Zynth takes the shortest amount of time to wake up – when done correctly, early game players can wake up 1 Zynth every 12 hours (or 8, with upgraded breeding structures).

Seems pretty neat, right? Now, I’ll walk you through how to efficiently wake up your Zynths, and start your own Zynth farm.

You must have the following:
Plant, Cold, and Air Island.

Step 2 –
Once those three are finished, breed Oaktapus on Plant Island, Maw on Cold Island, and Drumpler on Air Island.

For early players with the bonus structures –

You must have the following:
Plant and Cold island, both with bonus breeding structures.

Step 1 –
Breed T-Rox and Oaktapus on Plant Island. At the same time, breed Congle and Pango on Cold Island.

Step 2 – When T-Rox and Oaktapus are done breeding, breed Drumpler and Maw on Plant Island.

This will wake up 1 Zynth every 12 hours, or 14 Zynths every week. Pretty good.

For late-game F2P players –
(Note, this is assuming you have every island excluding the mirror ones.)

Step 2 –
When Pango finishes breeding, breed another one. The same goes for Drumpler on Faerie Island. When T-Rox is finished on Plant Island, breed Maw twice.

This will give you (roughly) 1 Zynth every 8 hours, or 21 Zynths per week. That’s REALLY good.

For late-game players with bonus structures –
(Note: This is assuming you have every island with bonus breeding structures, excluding the mirror islands.)

Step 2 –
When the first round of Drumpler are finished breeding, breed 2 more. Same goes for Pango. When the T-Rox are finished on Plant/Air Island, breed 4 Maw.

How much will I get in return?

Now, assuming you’ve gotten this far, you must be wondering “How much will I get from this?”
Below is a chart which details the average amount of resources you’ll get each week from a Full Zynth Farm (109 Zynths Total) – 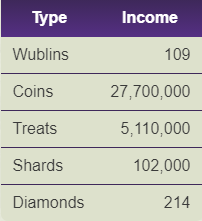 So, on average, you’ll gain 214 diamonds every single week. That’s A LOT of diamonds (and lets not forget all of the other resources!). Paired with other diamond farming methods, such as tribal island and mini-mines, you’ll be swimming in diamonds in no time.

So there you have it folks – a simple way for you to generate a ton of resources. Now, more than likely, I know many of you won’t be able to play every single day, which leads to less Zynths being woken up. That’s fine! Try not to overwhelm yourself – set some goals and wake them up when you have the time. Here’s my suggestion:

As an early game player, aim to have ~20-30 Zynths on your Wublin Island. That will be enough to boost your progression for quite a while.

Setting the farm up initially can take quite some time. But with a bit of patience and hard work, your Zynth Farm will become a staple in your gameplay experience.

If you have any questions, comments, or even your own strategies, feel free to share them below!

That’s all I have for now. Good luck with your Zynth Farms, and Happy Monstering!