Here’s how to get gold on Survivals’ speed master missions.

Here’s how to get a Gold rating on all 5-speed master missions. It can be knocked out in a single day off!

I have indeed completed this, I’ll attach the screenshots of my current ratings. 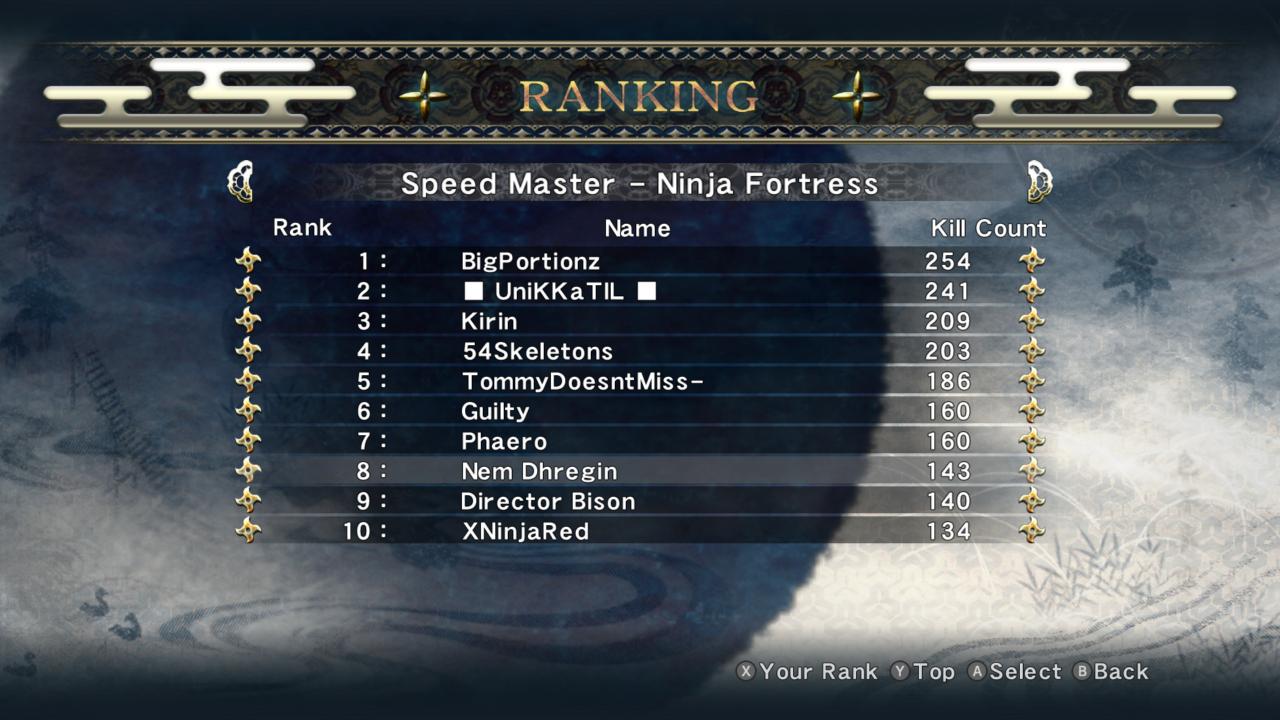 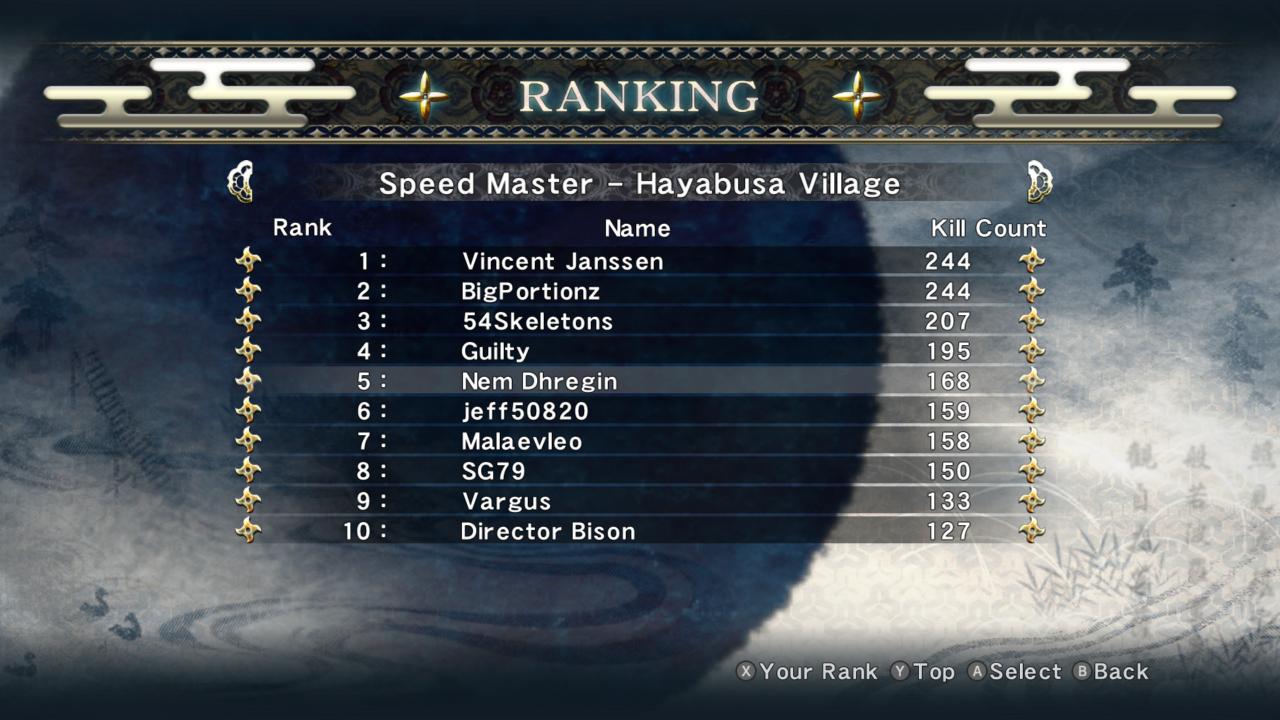 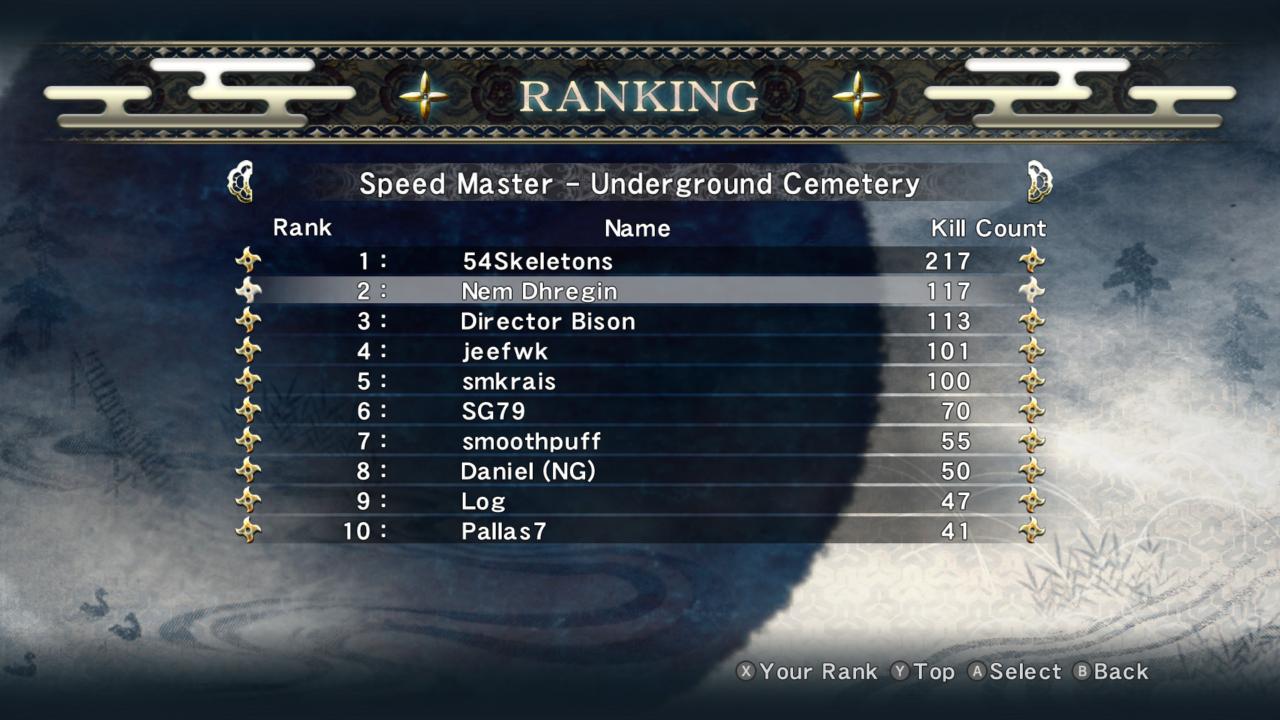 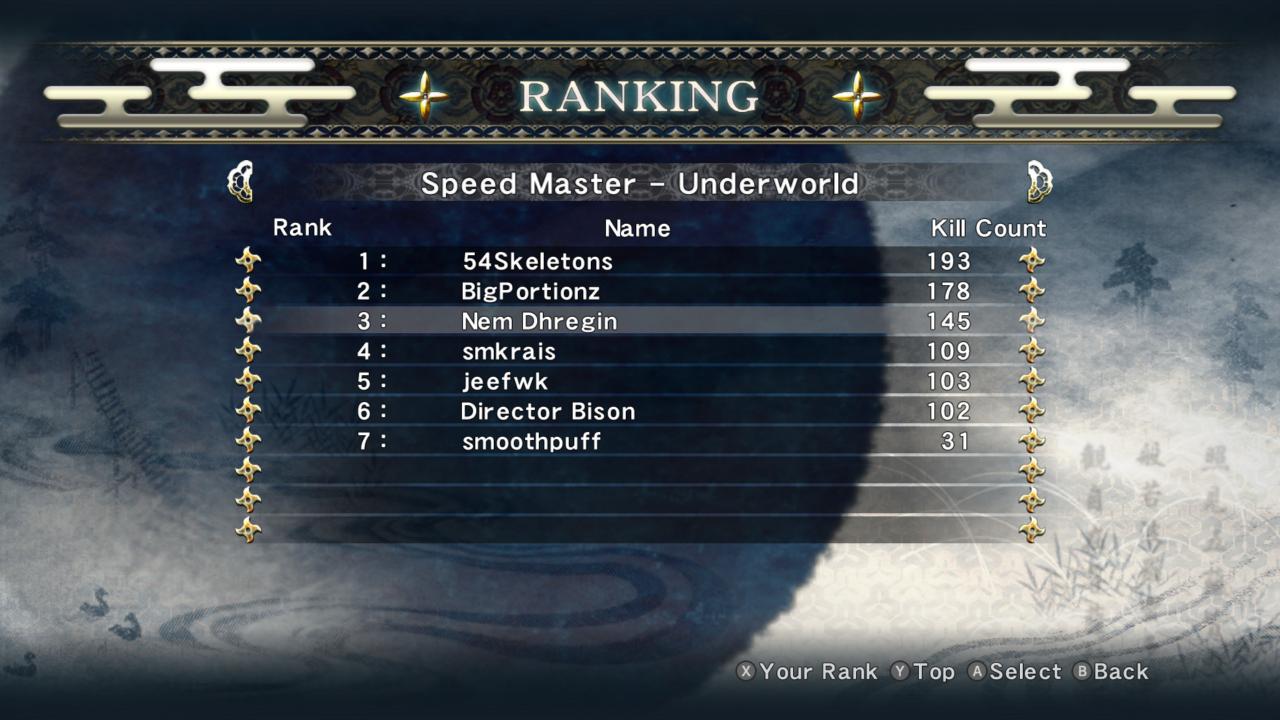 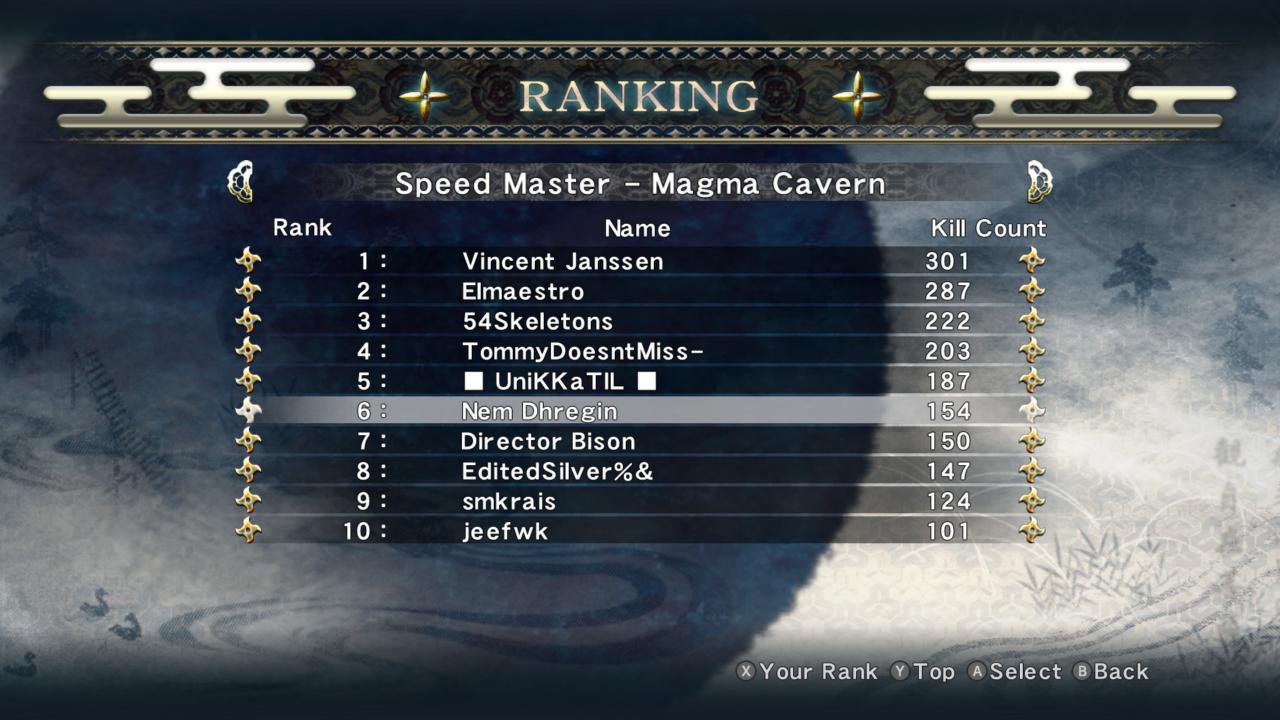 If I can do it, so can you. Just yesterday I could barely get bronze!

This mission’s pretty straightforward, and the tactics you use to complete it are pretty much the same everywhere with some unique challenges in each one. For this mission, you’ll probably run it 1 to 8 times before finding success.

Here’s a video if you prefer that:

Now, I use the most NON optimal play style here and still get it done, so you’ll do much better.

The key is to utilize your ultimate techniques. I prefer a 2her like the dabilero its such a beast its got some sick range when charged up -as well as aoe.

The idea is that you’ll kill a mob or two, then spam charge up the bad boy until everythings dead. repeat. repeat. repeat forever. Or you can struggle like I did in this video. The lunar staff is really good against those cats, thats for sure.

Simply make your way up the path dodging and killing – you can skip as few or as many enemies as you like up to the last room. Then, its ultimate charge time.

The key here is holding block will prevent orbs from being absorbed by you- so you can release block to heal up. Also, if you run and jump and then press Triangle/Y/Special as soon as your feat hit the ground you’ll immediately absorb any essence for your ultimate technique. This is KEY and you must get acquainted with doing this to suceed in Speed Master Survival Mode.

This mission took me a bit to get down, as the ending mobs are a real pain in the ass.

But the dabilaro strikes again with its awe-inspiring ultimate technique power!

The key in this mission is to get your ultimate timing down tight – it needs to be much tighter here than it had to be in the previous mission.

Additionally, at the very end, you fight this super saiyan two-handed sword dudes who enrage once they get to 50% hp or so. They stuck. If you don’t save enough essence to double-blast them, they’ll end your attempt.

This one took me between 1 and 15 attempts to get down I believe but once I started using ol’ dabby, it was probably about 4 attempts before it was done and over with.

Oh they just love making these a pain in the ass don’t they. This one starts to get funky with the actual TERRAIN issues. You have to climb from the bottom of HELL IT SELF and then FALL DOWN A MILLION TIMES before you’ll beat this one. The key here is to use the Big paddle stick of doom and ultimate charge the hell out of it.

In the first room its standard – then you climb the ramp of grossness. Military dudes spawn – jump and shoot your bow to kill the first one and then… struggle…your way up.

You can use incendiary or more bow shots but they some times block them, its a lot of trial and error to make it up this part and falling back down is INFURIATING but just keep trying and you’ll passively develop a knack for it.

Its important to try and get some ultimate technique kills in the climbing room to get some heals – and use some creative tricks to deal with the rocket launcher dudes here. you can stand on a nearby platform and range them if need be or go in fast and risky.

Finally, kill a few rats with shurikens, and ultimate charge your paddle stick of doom for the rest of the run.

The terrain here and the mob types generally suck all around. It’s so easy to jump off. I had to try at this for a good while this afternoon before I finally got it.

You must know this: if you pause the game and press R3 + start (or it might be back for you) and hold it for a couple of seconds, you can reset to the title screen. Doing this was KEY because I kept FALLING A MILLION FEET INTO LAVA AND LIVING Ugh what a nightmare this one was.

Control is KEY to this one. Controlling your jumps, your dashes, your combos and not fighting near an edge whenever possible. It’s a tough one, I won’t lie and you’ll likely fail many times before you finally nail your 100 kills. In this one I still preferred the dabblebalonyero 2h sword of raw Justice – but the unfathomable rowboat paddle is also a good choice. You could even use just the dragon sword honestly – but that aoe ultimate charge is what I live for.

Before you beat this you honestly just need to memorize the path you’ll take: don’t be afraid to switch weapons as necessary. I use the dragon sword for the ghost fish parts, explosive arrows on some mobs I don’t feel like fighting and the rest is a lot of jumping around and ultimate charge without going near a cliff.

There’s really a lot of specifics you learn through failure on this one, here’s a video

The first section has 3 1 shootable white armor dudes and 1 black armored dude whose a bad ass. UT the black one and then fight your 3 scrawny chicken wings @ the next junction. Try to get a heal via UT on the last mob before you jump up to deal with the archers.

Climb up the spaghetti and meatball ramp to fight the two archers – watch their cadence on shots or you’ll get shot as I did. its annoying.

From here you must truly believe: jump, Jump, GHOST FISH. X X X Y to wipe them out with dragon sword.

be quick in dealing with the next rocket guys and then UT off of their energy to eliminate the next trio. Its time for a climby climb.

After the climby climby segment I always explosive arrow these next dudes. I just dont wanna fight them or get knocked off a cliff or use a ninpo.

From here you must fly like an eagle and half- blind jump onto a rock: dont miss! Pause for half a milisecond, then XXXY to kill the ghost fish homies, then UT some more of the mobs that spawn if you wish or just skip the 2nd spawn to your final destination. I swap weapons alot to make this all flow super smooth like mrs buttersworth over a fat stack of pancakes and it works, it really does.

Here you fight slidey dudes they suck, they interrupt you in the air and on the ground and grab you and I just USE THE PADDLE STICK TO UT THEM

After that you fight even more yuck and not so much yum – but the paddle stick will guide you home. The dragon looking dudes can be a pain and the grim reaper dudes are also a pain – your air combo with paddle stick/dabilariho 2h can deal with the reapers just dont charge up inside their aoes unless you’re fast. Also using ARROWS here by jump shotting in between evasion/block is really helpful in a pinch. If you still have explosive arrows here they probably out right kill em.

Again dont get knocked off a cliff here.

Military guys are much the same, watch out for the rocket wave – and use your ninpo as a way to generate UT orbs when you’re struggling. Its a sick move to do.

Rinse and repeat – theres some archer and crawlies but no one cares about them. Dont get shot off a cliff.

The last one was the worst but this ones no walk-in the cupcake factory Either for us hayabusa ninjas.

The key to this one is equipping the windmill shurkien to deal with ranged robots. You can use several weapons to succeed here: the paddle of justice, the diablocornero 2handed sword, even the dark double dragon drake long blade – its your choice and there are benefits to each: I prefer the paddle stick of unfathomable wealth because of the jump-and then upwards blast from the ground that the UT provides but that’s just me. The aoe from Diablo2 sword is still good, and the dark dragon blades singletarget combo is surprisingly good at hitting the air robots – and dealing with the beefy demon mobs you’ll be facing in the final room.

The MAJOR threat here is the robots – they lazer you INTO the lava square and then spam it so you just kinda get trapped in there and die immediately. Try to avoid that. You’ll be dealing with nasty mobs while dealing with the air dudes and here’s my philosophy on this one

Unless you’re fighting the big ogre mob and have ultimate charge Ready to go before their lasers go off. I(f you can guarantee his death with two fast charges, then prioritize them last or as needed.

Other than that – don’t really put off killing them – and you can UT their little yellow orbs when you kill em so thats neat I guess.

Archers spawn, ninjas spawn – no one cares UT don’t give a flying fluck you know what i’m saying.

But yeah the demon dudes with the pincers and the ouchies you might need to do some vertical wall run into ground slams if ya know what i’m saying. Check the vid.

With that you should wrap up speed master and unlock all the ninja trials oh joy.

Thanks to Nem Dhregin for his great guide for All Gold in survivals’ speed master missions. all credit to his effort. you can also check out the original guide from Steam Community. enjoy the game.