The goal of the management is to draw the attention of the players to some of the less obvious elements of The Binding of Isaac: Rebirth. Of course, you can rummage through Wikipedia for tens of hours and, in the end, find out all this on your own, but something suggests that not everyone is so eagerly fond of text walls of hundreds of pages.

Each level-floor must have one secret room (indicated by a white question mark on the minimap) and one super secret (gray question mark). The problem is that you can’t pinpoint their exact location if you don’t have a specialized item. It can be all sorts of treasure maps, compasses, a miner’s hat, and more. But what if you are in the very first level and do not yet have such ‘search engines’? Everything is very simple.

Examine the shape of the level using the minimap. Look carefully, because the secret room follows several principles:
• necessarily borders on two or more rooms (usually 3-4). This means that you should blow up those places that are surrounded by rooms;
• never borders on the boss room;
• if stones or chasms are blocking the possible location of the door to the secret room, it cannot be there. The secret must have direct access from all adjoining rooms-sides.

You probably already know that among ordinary stones you can find a staircase leading to a secret basement room with a random probability. Moreover, this staircase is found quite often. In the basement, there is a very small probability (2% or so) that a black market passage can be generated. The market is the most mega-secret secret of the game, in which you can really skimp. 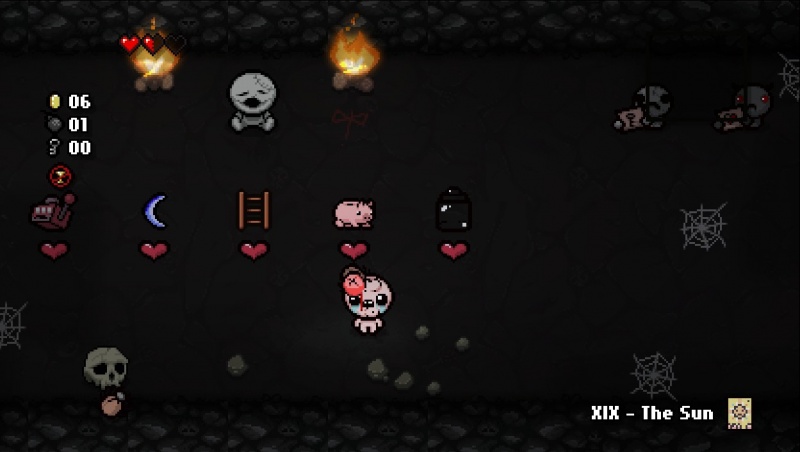 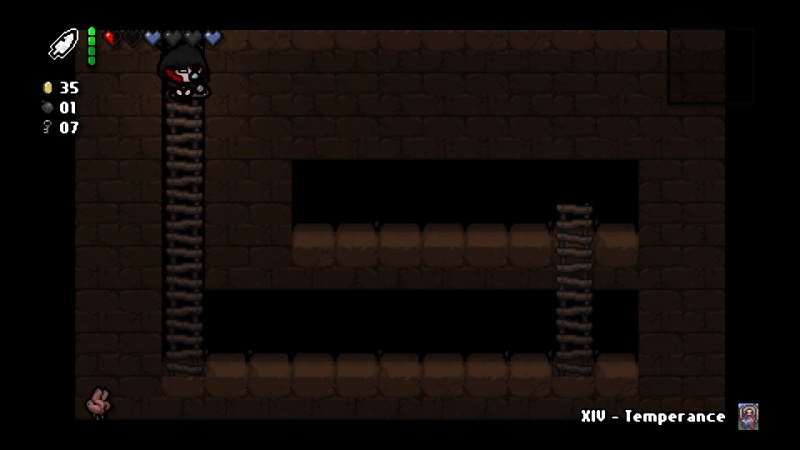 But what you most likely don’t know is that you can get to the black market even if the corresponding passage in the basement has not appeared. You only need to have two bombs and a good understanding of the penetration conditions:
1) Enter the basement via the main staircase;
2) At the highest point of the main basement stairs, bury your character in the left wall and drop one bomb down;
3) Very quickly go to the right side of the stairs, bury yourself in the right wall and drop the second bomb down;
4) Get out sharply to the surface before the bombs explode;
5) Return back to the basement and as quickly as possible go down to the very bottom of the stairs;
6) Burrow the character into the left wall at the bottom of the stairs and abruptly release all the buttons (do not press anything else);
7) If everything is done correctly, the bombs will explode at the same time and push the character through the solid wall to the left;
8) Now just go right all the way on the invisible floor until you get to the black market.
9) The trick is a bug and works with 100% probability if performed correctly.

Finally, in the clean room there is definitely a passage to the basement, right under the carpet (you need to use an explosion). 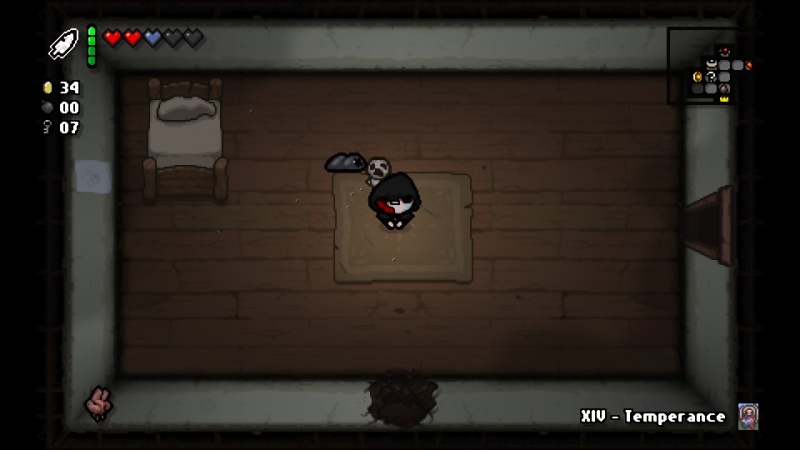 The secret of batteries

Surely you have come across a couple of batteries lying in the middle of the room more than once. With direct use, they are of little use – you can recharge your active item twice in a row. The real meaning of the two batteries is really interesting (by the way, one of the tablets calls two batteries into the room).

Methodology:
1) Find a room with two batteries, but don’t pick them up;
2) Also, do not pick up any other liftable items in the room and do not open chests;
3) Blow up the marked pebbles (if any), and just try to break everything that is possible so that there is more stuff on the floor;
4) Have a Blank Card item with you (allows you to make a copy of your card or rune);
5) Have a Jera card with you (allows you to copy the contents of the entire room).
6) Cycle: copy Jera by activating the Blank Card, use the copied Jera to multiply the batteries, eat one battery to charge the Blank Card … repeat.

This way you get an endless stream of things. Including you can copy yellow chests with an item inside to collect a whole bunch of equipment.

• It is not necessary to fight all the monsters in the room to go through it – just bomb the door and go through it;
• The kills of the keykeeper, the evil beggar and the beggar player slightly increase the chance of an angel’s room appearing (it is calculated anew on each floor);
• Oddly enough, killing an angel after destroying his statue brings only advantages – parts of the angel’s key increase the spawning of the angel’s rooms;
• If you do not receive damage to red hearts from monsters / yourself, the chance of the devil’s room appearing will be 99% (you can still donate blood);
• If you do not make deals with the devil, there is a high probability that the Angel’s room will appear in further levels;
• Sometimes the stone under the devil / angel statue contains a secret;
• It is often advantageous to save the key when you need to enter the gold room / store – there may be a secret room next to them, so it is enough to bomb the passage into it, and then from it to the next room under the key;
• If you are playing alone, I highly recommend using the joystick to summon a familiar ally. In fact, this is the second player that you cannot fully control at the same time as the main character. But, if it turns out to be a special familiar, then his death can bring unexpected bonuses. For example, a glass child leaves a pickup (key / bomb, etc.) after death. Another example, the baby ‘Isaac 2’ is able to pick up objects – he is able to fly over abysses and rocks.

Thanks to bageton for his great guide, all credit to his effort. you can also read the original guide from Steam Community. enjoy the game.