The Long Drive: How to Use the Commodore 64

This is a basic guide on the present functionality of the Commodore 64 in-game, what you can do with it, and how.

The Commodore 64 as it presently exists in-game is, Unfortunately, a rather limited representation of it’s real-world counterpart. As of present (v2021.06.20) I’ve found that any code written onto a Commodore 64 will not save when the game is saved, making it’s purpose invalidated even for purposes of directing or storytelling in player-made scenarios (more on that later).

Nevertheless, in this guide, I will attempt to outline the functionality and present workings of the Commodore 64.

Setting up your Commodore 64 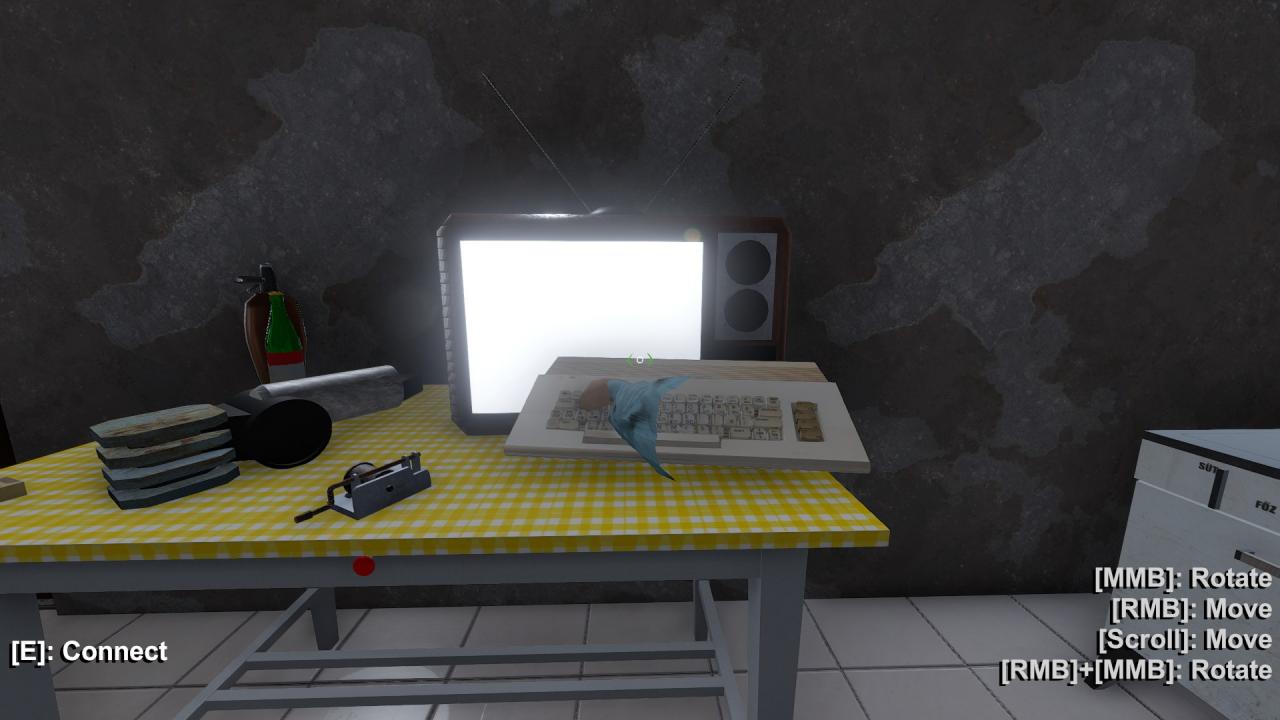 Apart from the terminal set up in the player starting house, all future instances of the Commodore 64 found in the wild (and all terminals following the loading of a game’s save) will not be connected to a TV. To fix this, simply pick up the Commodore 64, and while looking at a TV set you will be prompted to Connect the device. Once this is done, simply turn on both the computer and TV and you should be greeted with the blue console screen. 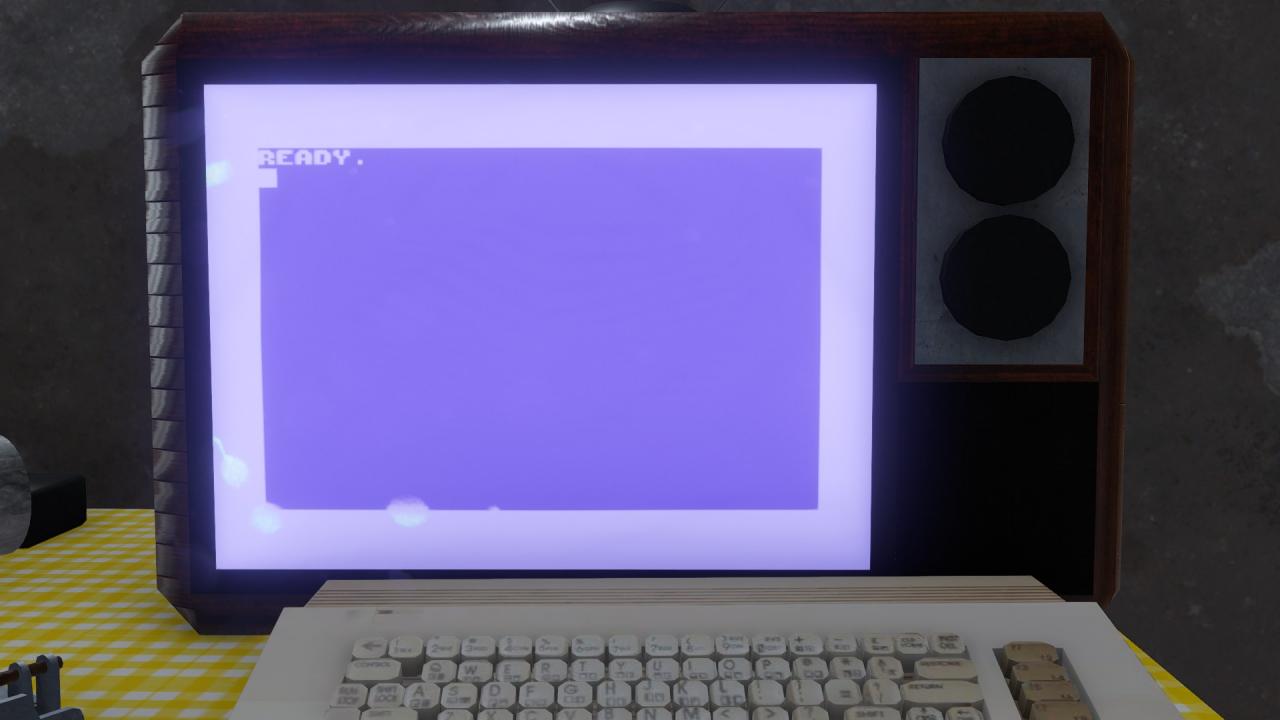 When using the Commodore 64, you can type from wherever your selector is currently located, and execute commands via the Enter key. You can move your selector around the screen with the arrow keys, and erase text from the screen in this manner – although this does not affect previously written code. Moving the selector to the bottom of the screen will begin to clear the top rows of the screen, and this information cannot be recovered (Once again, this does not affect previously written code).

You may only have 1 “Program” stored in memory (the one that’s presently active), although this appears to be tied to the terminal itself so additional terminals should be able to have separate programs stored on them. (Once again this doesn’t really matter, unfortunately, as stored information does not save with the game file)

Presently, there are only a handful of Commands available for the Commodore 64 – these are:

LIST
-When run, the LIST command will display all encoded commands presently stored on the Commodore 64. Because of the hard limit of 21 lines on screen, if you have more than 18 lines of code, it will not be able to show all of them.
RUN
-The RUN command will execute all code you have stored on your C64 in sequence. Because of the presently limited nature of the device, this will read out each Print command, and print whatever is there.
x PRINT
-The PRINT Command (or any other command which is writing to memory for that matter) is preceded by an integer value, which designates the “Line” which the code occupies. (Many programmers will use multiples of 10 to give ample space to slip additional code in where needed)
As a side note, if PRINT is placed anywhere in a line of stored code, it will act as a print command, and print anything immediately following PRINT.
Empty Expressions
-Information other than the PRINT command can be assigned to memory; this will not appear when the RUN command is executed, however will show up when LIST is executed. This technique can be used to leave notes in your code, or hide secrets. 🙂 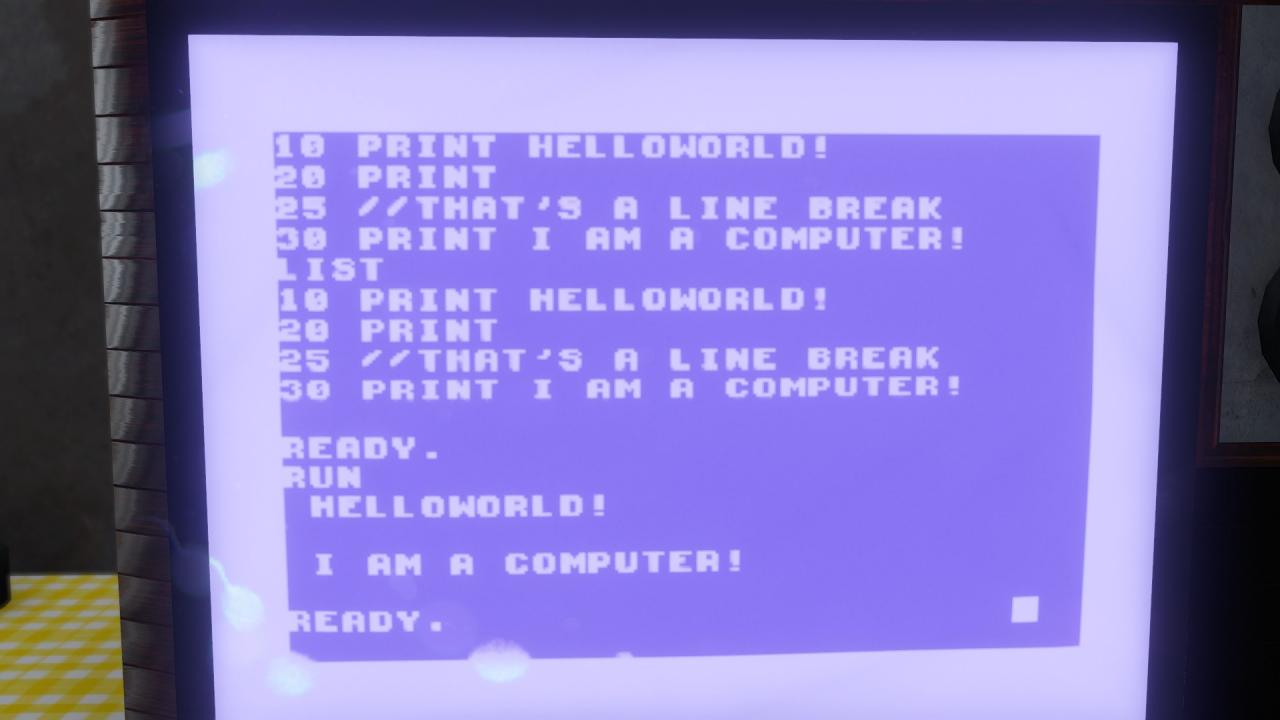 Syntax note: No information can be coded past the right edge of the screen, so try to avoid this as it will generate a syntax error. 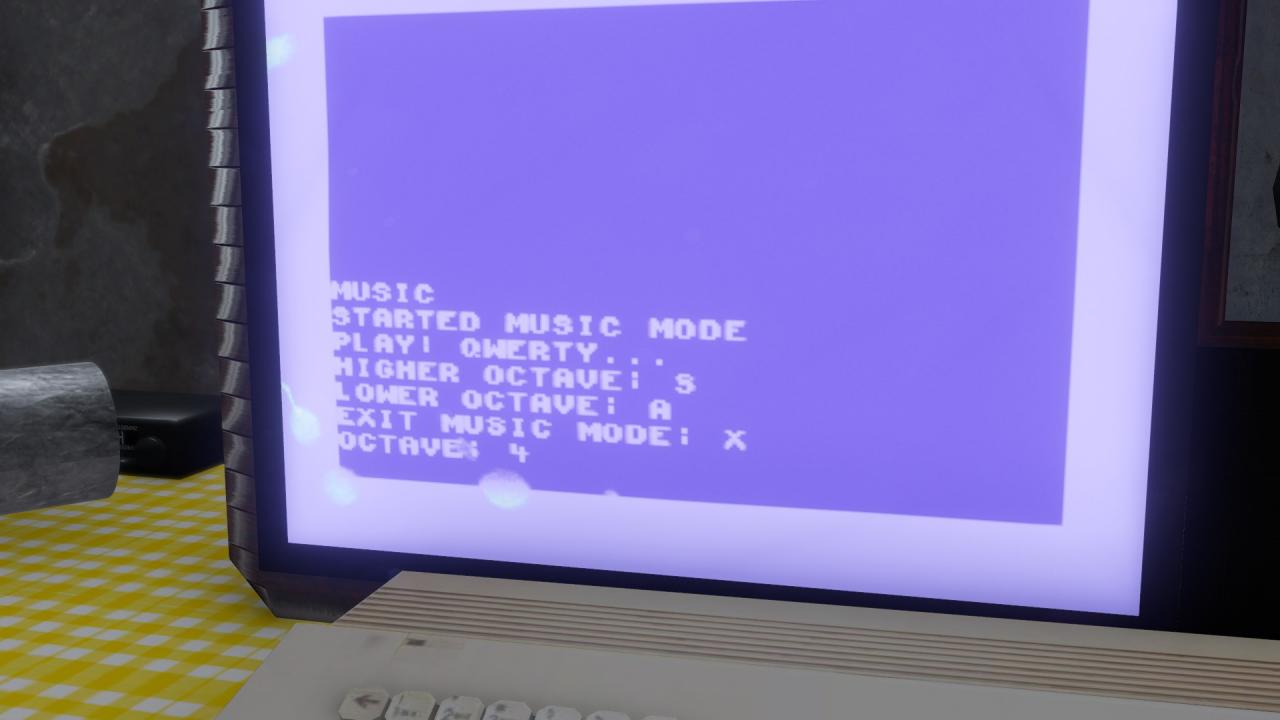 Using the upper keys on your keyboard (including numbers), you can play different notes on the C64 kind of like an electric Piano, and chirp out little tunes. You can also use A and S to change the octave of played notes.

When you’re finished and decide it’s about time to get back to driving, you can press X to stop the music application.

In-Game Uses for the C64

Unfortunately, once again, due to the lack of save functionality on the Commodore 64 – its use is pretty much non-existent beyond some “Messing around” value. If this was changed, some small avenues would begin to appear for player usage, mostly in the Scenario creation and modding scene.

Even in its presently very limited form, if the Commodore 64 could work with save files, hypothetically scenario creators could hide information on the Terminals, create puzzles, and lead players to other locations based on physical landmarks where they could obtain hidden loot. Information could hypothetically be directly emphasized by print commands, or alternatively even hidden within the code, requiring players to go in and tear away superfluous lines of code that hide the secrets within.

Overall; The Commodore 64 is an absolutely fascinating concept for implementation in the game, and I feel like even a bit of additional functionality is all it would take to really cement a purpose for it within the game. To me, the idea of floppy disks scattered about the world with puzzles, little games, or corrupted files could potentially make this a very unique feature, and just adding a bit overall to the rough Gem that is TLD.

Thanks to RD-Dukty for his great guide, all credit to his effort. you can also read the original guide from Steam Community. enjoy the game.