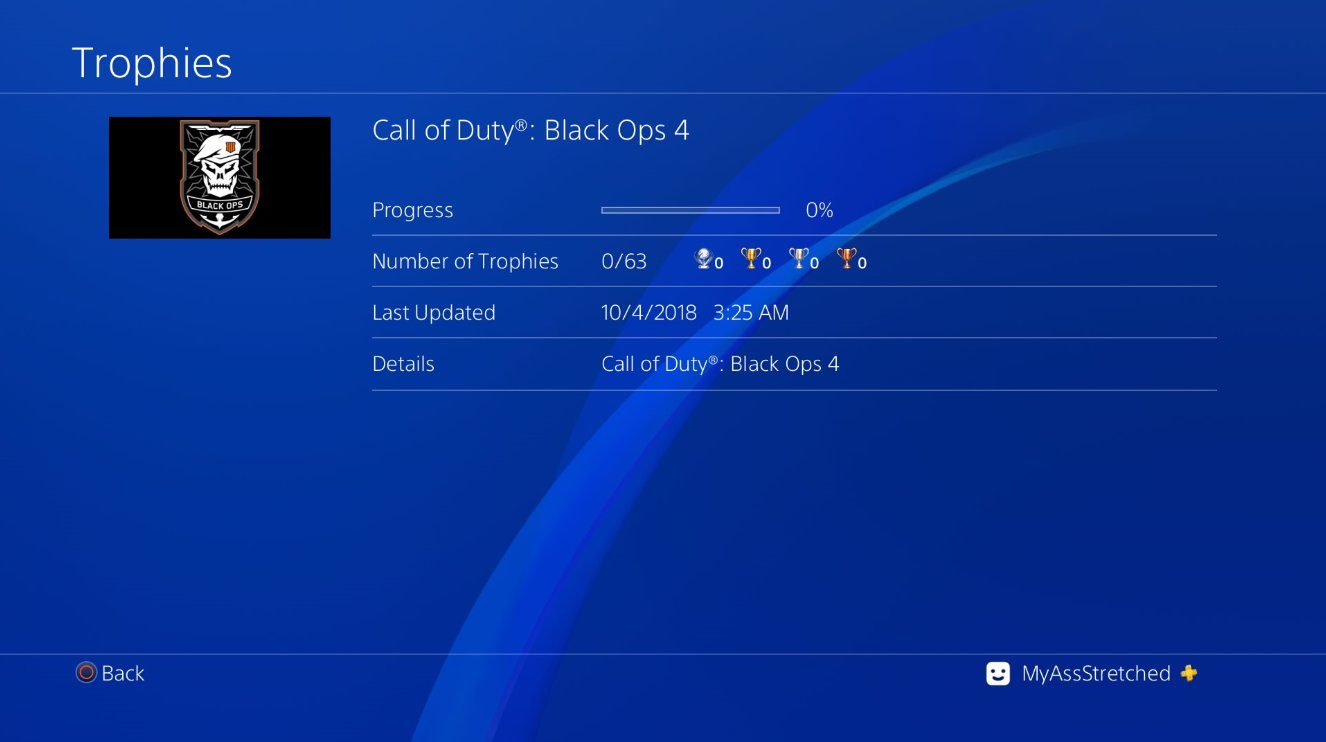 Call of Duty: Black Ops 4’s PS4 Trophies have been leaked ahead of released from a user who obtained an early copy of the game. The user posted proof with screenshots on the PSNProfile forum where he detailed all the trophies from the game. Black Ops 4 will have a total of 63 trophies, 1 Platinum, 1 Gold, 8 Silver and 53 Bronze on release day. These numbers include the Classified DLC map for Zombies. The base game has 53 trophies, 1 Platinum, 1 Gold, 7 Silver and 44 Bronze while the Classified DLC has 10 trophies, 1 Silver and 9 Bronze. The leaker also teased trophies for Red Dead Redemption 2, which releases later this month for Xbox One and PS4.

Call Of Duty: Black Ops 4 Reduced PS4 Exclusivity Window To Only A Week